Of all the members in Radiohead, Jonny Greenwood looks to have the best sense of humor. When a video pairing the band’s albums with clips from Spongebob, Greenwood tweeted a link and proclaimed it to be “perfect in so many ways.” Now, Greenwood has acknowledged FOX News’ recent takedown of the band.

In case you missed the video we posted earlier this week, a panelist named Kat Timpf predicted Radiohead’s induction into the Rock and Roll Hall of Fame “seeing as that it’s about fame, and not talent.” “I don’t even like them,” she added, “but the kind of guys that I like have to be three things: strange, malnourished, and sad. Those guys always like Radiohead, so I’ve been having to pretend to like Radiohead for years to get these men, even though the music is just elaborate moaning and whining for ring tone sounds. You know what, if that’s not fame and power that will get me to do that for someone else, then I don’t know what is.”

Greenwood has seemingly taken her words to heart. His Twitter bio now reads: “my life in the gush of boasts……….’strange, malnourished and sad’ (fox news – *spits three times).” 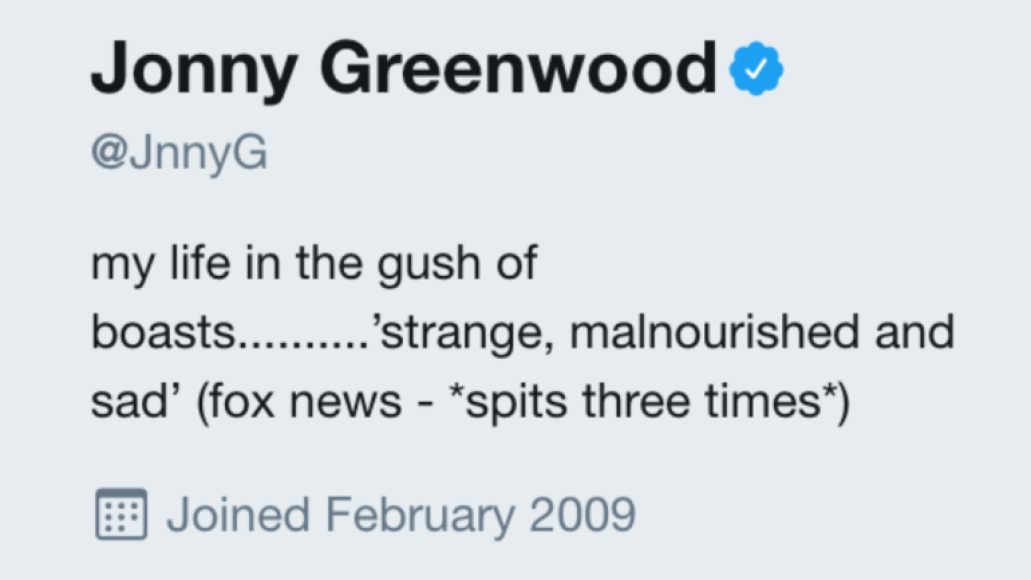