It’s always been easy to revisit the music that defined an era, even if you weren’t around when that definition was being written. Recorded audio is something that’s accessible to all generations, allowing you to connect with the things that make up music history without actually being part of that history. In his new book Lighters in the Sky: The All-Time Greatest Concerts 1960-2016, author Corbin Reiff (Uproxx, Consequence of Sound, Rolling Stone) seeks to recreate a similar experience for a far less tangible aspect of music: the live show.

In his carefully researched tome, Reiff captures the best performances of the last 50-plus years via a cross section of first-hand accounts, archived reviews, and concert footage. It’s a way to travel back and vicariously live these shows that only survive in the history books. Take, for example, the first Coachella. The Indio, California festival is now a well-known staple experience for all music fans, but back in 1999, it was an upstart event launching in the wake of the disaster that was Woodstock ’99. It was a tipping point for the American music festival, a moment where another failure could have well killed the concept before it even really got started. With Rage Against the Machine, Tool, Beck, Morrissey, The Chemical Brothers, Pavement, Moby, DJ Shadow, Modest Mouse, and more and tickets priced at only $50 a day, Coachella was thankfully a massive success — even if it undersold by 15,000 a day.

Below, read Reiff’s present-tense perspective on the very first Coachella Music Festival in an exclusive excerpt from Lighters in the Sky.

The So-Cal sun isn’t doing anyone any favors and the heat climbs into the triple digits, but the palm trees and the three covered dance tents provide enough shade. When the sun sets around 6 pm, the weather turns nearly perfect. The clear sky above is filled with stars.

The first day is marked by a wealth of fantastic and exciting EDM acts. As Steven Mirkin noted in his review for Rolling Stone, “Saturday night at Coachella announced that electronic dance music has moved fully into the mainstream. As the sun went down, the glow sticks rose and electronic music swept the festival, with the big beat imperatives of the Chemical Brothers on the main stage, Underworld slamming away on the second stage and DJ Rap working the turntable in the largest of the three rave tents.”

This is the first time that the Chemical Brothers play Coachella, but far from the last. The British electronic music duo will grace the festival another five times in the years to come. That’s an impressive tally, but it falls well short of Perry Farrell, one of the mainstage acts, who will perform at Coachella every year for the next decade in one capacity or another. For this performance, the shirtless Jane’s Addiction front man turns in a stellar set replete with exotic dancers and world music–infused pop/rock.

Topping the bill this evening is Beck, who is a month away from releasing his next album, Midnite Vultures. Decked out in fringe, Beck is, in Los Angeles Times reviewer Robert Hilburn’s estimation, the “evening’s high point,” delivering a high-energy performance filled with hits like “Where It’s At” and “Loser.” “Morrissey, on the other hand, was, well, Morrissey,” Hilburn wrote about the one-time lead singer of the Smiths. “Treating his loyal fans to another serving of his usual music hall pathos.”

While the next day is brimming with talent from opening bell to closing note, most people are here to see the two headlining acts: Rage Against the Machine and Tool. The former is less than a month away from unveiling its multiplatinum album The Battle of Los Angeles. Even though front man Zach de la Rocha is battling laryngitis, Rage turns in a savage two-hour showcase that sends the audience into a frenzy of moshing. Things almost get out of control during “Guerrilla Radio,” when the folks up front nearly break through the barricade, but order is quickly restored.

After Rage departs, Tool brings the festival to its noisy, angst-ridden conclusion. Four songs into their set, the industrial prog-rockers offer one of the biggest surprises of the weekend when they bust out a cover of the Peach song “Spasm” with Buzz Osbourne of the Melvins joining in on guitar. Osbourne comes out again five songs later with another Peach cover, “You Lied.”

A bald, Speedo-clad Maynard James Keenan stalks the stage with microphone in hand, crooning his lines, while drummer Danny Carey puts on a percussive clinic behind him. Tool finishes two hours after they began with “Jerk Off.” The stage is swathed in eerie blue light as the band brings its haunting and abrasive set-closing song to an end.

As great of a success as Coachella was for the fans, it was a financial disaster for the organizers. Because of the tremendous losses, Tollett’s plans for future festivals were thrown into serious doubt. Thankfully, bands like Tool, Rage Against the Machine and Beck agreed to defer their payments to prevent Goldenvoice from going belly up.

“We paid our bills late,” Tollett told Billboard. “If one agent had turned on us, we would have been out of business. They let us pay some talent three, four, five months later. The staff back then was just so into Goldenvoice and Coachella that they rolled with any bumps. They would deal with anything.”

Coachella took a year off in 2000 and came back again in 2001 with a reunited Jane’s Addiction topping the bill. To pay their outstanding bills and continue the festival, Tollett and his business partner sold Goldenvoice to AEG that year. “Owning it, not owning it—thing is, I still get to do the shows and I’m happy,” Tollett said. In the years since that first show in 1999, Coachella has become the highest-grossing and most-impactful live music event every year in North America. It’s an industry juggernaut, a must-see event.

“We just wanted to do something different,” Tollett said. “We weren’t thinking business necessarily. Like, there’s business to it, but it’s almost like you’re trying to impress your friends and your staff, which is one and the same.”

As if writing the book itself wasn’t enough, Reiff has shared the 10 Things he loves about live shows, from the merch to checking out the opening act to late-night Taco Bell feasts. 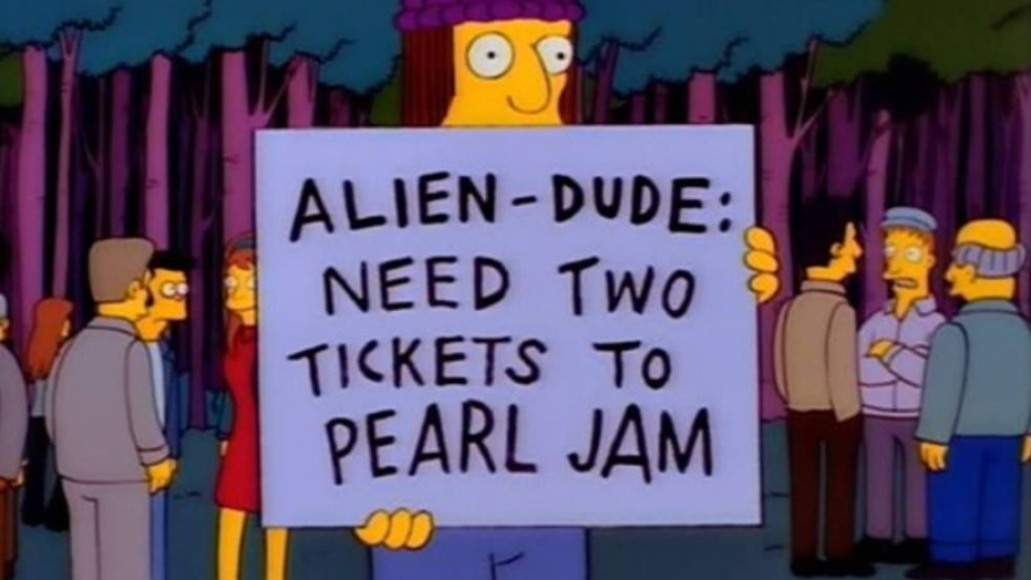 I know a lot of people are down on the ticket buying experience because of scalpers, bots, and the increasing prices, but honestly, it’s an incredible feeling when you lock down a pass to a show you want to check out. The competition can be super fierce, and I’ve almost sprained a finger hitting that refresh button over and over again, but then you pull floor seats to someone like Kendrick Lamar or Nine Inch Nails and you can ride the feeling for weeks.

Listening to music can be an isolating experience. When you’re wrapped up in a record, consuming it through headphones or through your car speakers, oftentimes, you’re by yourself or with someone who doesn’t care nearly as much as you do. Then, the night of the show you see hundreds or thousands of people who love that artists or that one song just as much, if not more than you and it’s absolutely validating. Live music brings people together.

A lot of people scoff at opening bands, but I love them. I can’t tell you how many great records I’ve discovered, how many new artists I’ve been turned onto because they opened for someone else at some show I saw. Every opening band should make it their mission to blow the headliner off the stage. It doesn’t happen often, but when it does, whew! 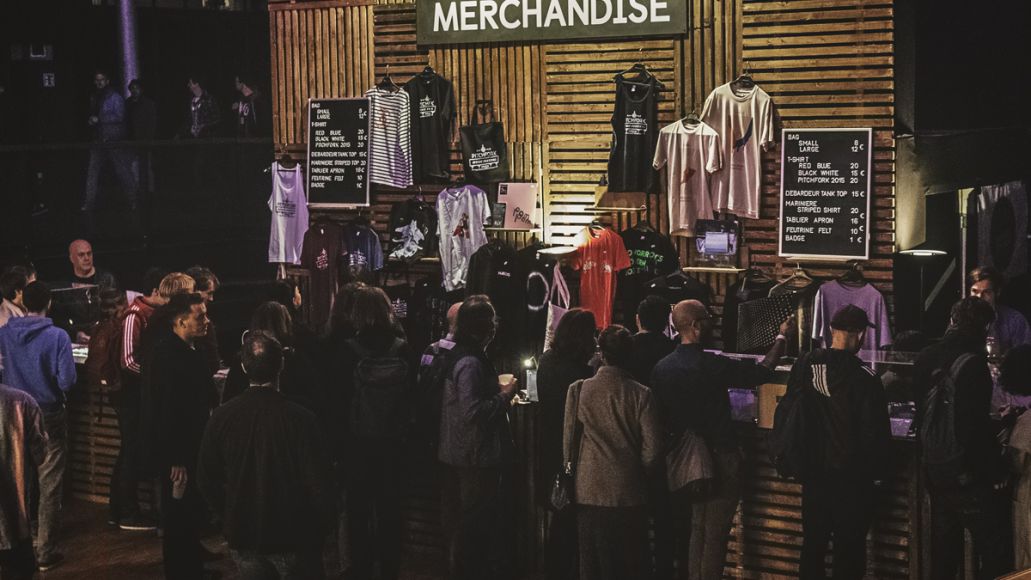 Conservatively, I’d say half of the t-shirts I own came from concerts I’ve seen. It might be 2/3 if I’m being totally honest. Even if they’re butt-ass ugly – I’m looking at you Tool – they’re great reminders of a singular moment in your life; one great night spent with an old-time favorite, or some new group you just discovered.

When The Lights Go Down:

You bought your tickets weeks ago, you showed up an hour early, stood through two openers, and now, finally, the lights go down, the crowd roars, and the band you’ve been dying to see walks out in the flesh. It’s one of the best and most exhilarating feelings on Earth.

Lights. Lasers. Video Screens. Beheadings. Pyro. Dancers. Costumes. Floating stages. I love when artists use their concerts as a platform to really wow their fans. It’s something to hear your favorite song performed by your favorite band. It’s another thing when they’re playing it surrounded by fire and sword-wielding ninjas or something. 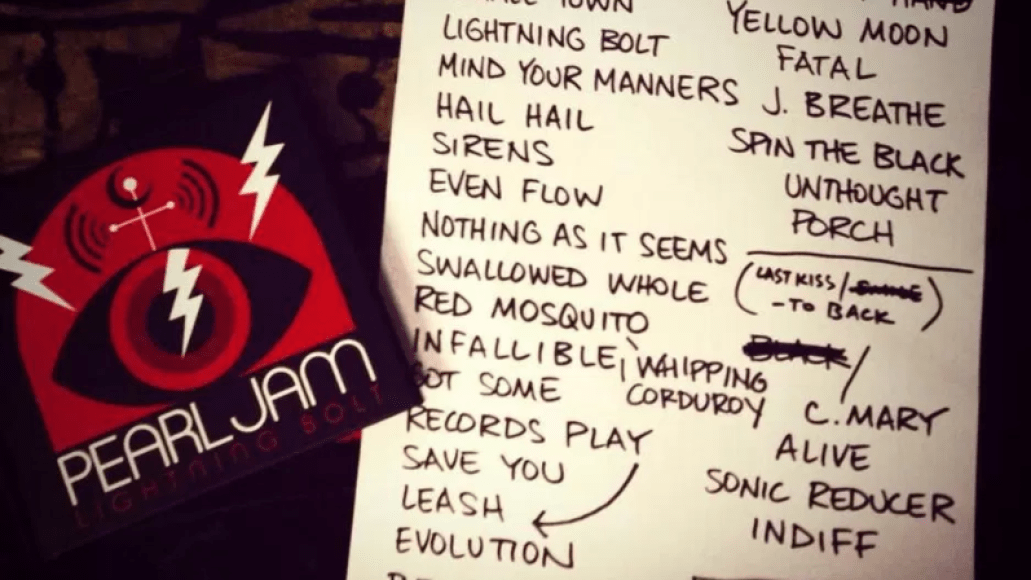 I never look up a setlist before I go into a show. Why would you want to waste a surprise like that? Part of the fun of concerts is NOT knowing what’s going to happen next. Fortunately, there are a few people out there who mix things up there for every concert. I once saw Bruce Springsteen go back-to-back-to-back with “Spirit In The Night,” “Because The Night” and “Prove It All Night” to kick off the show and it nearly gave me a heart attack.

No matter how good your speakers or headphones are, they’ll never match the volume that an artist can produce in a club, a theater, or an arena. To hear your favorite song being blasted at you at 100 db and more is a singular experience.

I think everyone has their own rituals when it comes to concerts. Taco Bell is a central one to me. Because shows typically end quite late, the Bell is one of the few locations that remain reliably open late enough to grab some food on the drive home. Nothing tastes better than a bean burrito at 1 AM.

Lighters In The Sky: 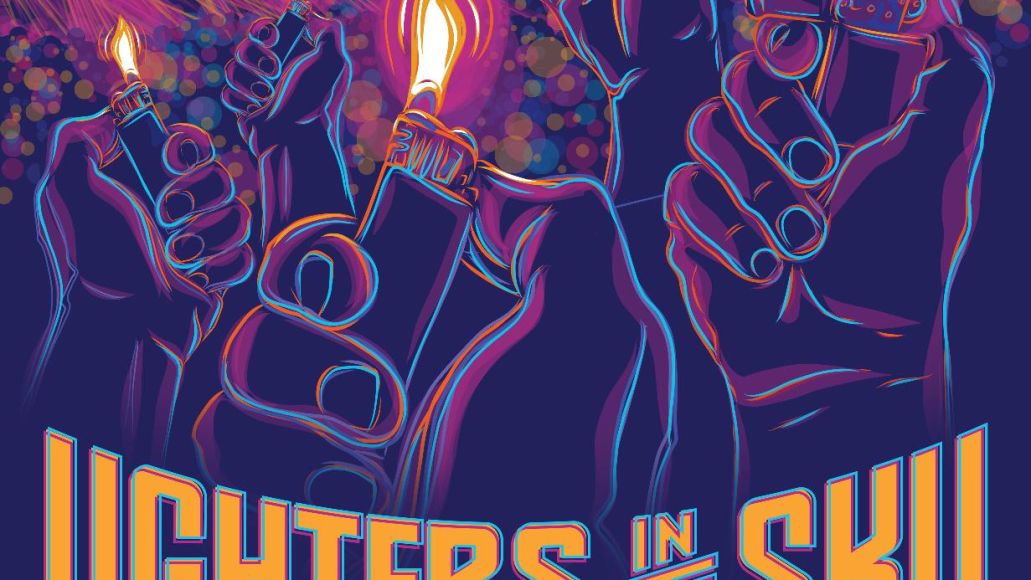 There’s a reason I named my book Lighters In The Sky. Have you ever seen an arena lit up with literally thousands of tiny flames or little cell phones swaying back and forth? It’s absolutely magical.

Read a review of the first Coachella from the upcoming Lighters in the Sky: The All-Time Greatest Concerts 1960-2016