Screaming Females returned in September with “Black Moon”, their first new music in two years. Today, they’re back with even better news for their fans: a full-length album, titled All At Once, will be here in just a few months.

Due out February 23rd through Don Giovanni Records, the forthcoming LP serves as the band’s seventh overall following 2015’s acclaimed Rose Mountain. The 15-track effort is said to be the punk trio’s “most expansive and imaginative work to date,” and one whose arrangements are “meant to evoke the energy and spontaneity of their live shows.” (And their live shows are no joke.)

All At Once was recorded in London Bridge Studio and Red Room in Seattle alongside producer Matt Bayles (Mastodon, Russian Circles). Fugazi drummer Brendan Canty makes a cameo appearance, and for the first time, instruments such as synths, wurlitzers, and xylophones were woven into Screaming Females’ screeching punk rock tapestry.

The upcoming LP features early offering “Black Moon” as well as new single “Glass House”, which takes a look at what it means to be an artist in the modern world. “Our shrinking world [is] crushed under a deluge of information, constant contact and social media sludge,” singer/guitarist Marissa Paternoster explained to Rolling Stone. “It has narrowed my connection to reality in a way that I find rather upsetting.”

Check out the song in all its smoky riffage below via its corresponding music video. Directed by Kate Sweeney, it features scenes of the New Jersey outfit getting smashed with plants.

All At Once Album Artwork: 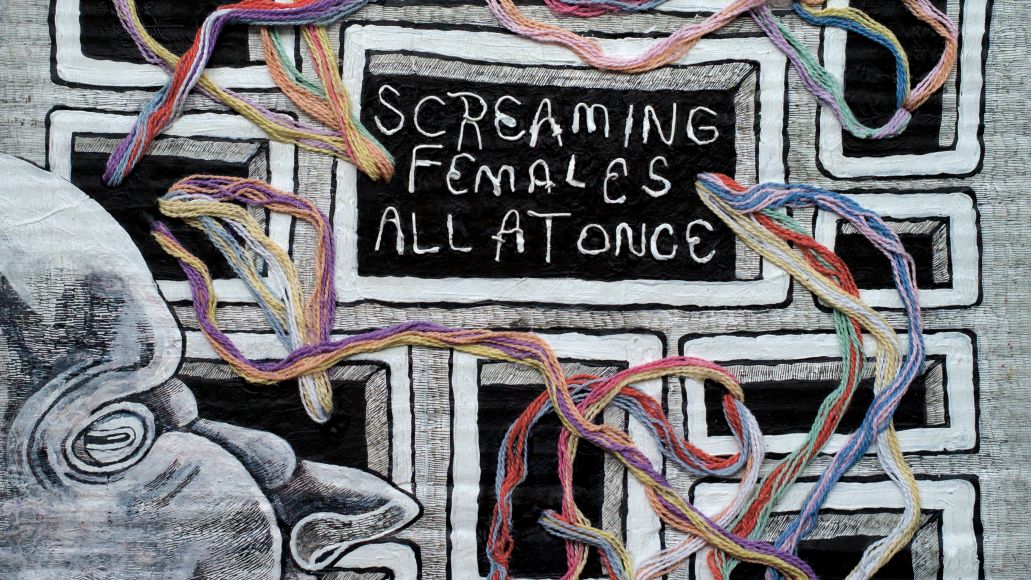