This Friday, three of Seattle’s finest tunesmiths will release their debut collaborative album, Seattle Gossip, under the moniker Who Is She?. The supergroup — consisting of Julia Shapiro (Chastity Belt), Robin Edwards (Lisa Prank), and Bree McKenna (Tacocat) — previously shared the buoyant, winking “Top 8”, and now Consequence of Sound is jazzed to offer a stream of Seattle Gossip in its entirety before it arrives courtesy of Father/Daughter Records.

Born out of affection, proximity (Edwards and McKenna live next door to each other), and a shared interest in The Stranger’s missed connection ads, Who Is She? evolved into a kaleidoscopic tapestry of dot-com nostalgia and pop culture deep dives. According to a press release, songs center around everything from the Scream franchise to My So-Called Life’s hunky Jordan Catalano to John Titor, the notorious Internet message boarder who claimed to be an American military time traveler around the turn of the century.

“Who Is She? started as a friendship band. We were all hanging out a ton while writing these songs and making music was another way to just hang out and have fun,” the band tells Consequence of Sound. “We were talking about how different the world might be if our favorite Canadian twee band Cub was as big as Nirvana, and wanted to write some songs in the style of their genius. The original concept was to only write songs about missed connection ads from the newspaper, but then we started branching out into other topics we care about like Courteney Cox and David Arquette’s lost love, rom coms, and Myspace.”

Nostalgia awaits below, so grab your tamagotchi and hit play. .

For further insight into the band’s process and peculiarities, the members of Who Is She? have broken down Seattle Gossip Track by Track. Get all the juiciest gossip below, and purchase the album here.

“Nervous Dufflebag Boy”:
The band started as a project based on the I Saw You missed connections ads from Seattle newspaper The Stranger. One of our friends told us it was a good way to prompt a pop song, so we (Robin and Bree) were hanging out at the house we lived in, and we’d never played music together, so we started reading the ads and trying to write songs. We noticed that a large majority of the ads were people noticing each other on the bus, and this song was based on one of those ads, by someone who called himself “nervous dufflebag boy.”

“Top 8”:
We were talking about the bizarre and often hurtful hierarchy of friendship that Myspace created back in the day, and wanted to write a song about the personal friendship drama that social media can create. Like, what a weird thing to rank your friends, right? On the flip side we (Bree and Robin) were old Myspace friends in different cities who were in each others’ top eights, and we learned a lot about what other DIY bands were cool at the time by looking at each others’ top 8s or 12s or whatever number they eventually became. We miss Myspace.

“Seattle Freeze”:
All three of us are from different cities, and we all felt welcomed and like we finally found our community of people when we moved to Seattle. For those who don’t live here, the Seattle Freeze is a MYTH that people in Seattle are unfriendly and passive aggressive, but we think it’s a nice place. We all found enriching, deep friendships here. In our personal experience, a lot of people that complain about the Freeze are rude customers we wait on at our service industry jobs who live in new condos.

“Worst Girl At The 5 Point”:
This is another missed connection ad about a girl who was really hitting it off with someone, but then got kicked out of the bar before she could exchange phone numbers with them. Some of us (we won’t say who but you can ask us about it IRL) can really relate to having a blossoming romance go great early in the night and then turn sour after too many drinks. We hope the worst girl at the 5 point got a second chance!

“I’m Getting Courtney Cox And David Arquette Back Together If It’s The Last Thing I Do”:
This song is about the undeniable on-screen chemistry that Courteney Cox and David Arquette have in the Scream movie franchise. Did you know they fell in love on set? When you’re watching the movie, you’re watching those two actors fall deeply in love. This song is a plea for them to work it out, we think they really had something special and true love is magical and rare. This description is longer than the actual song, but all the feelings are packed into those 60 seconds.

“John Titor”:
Where do we even start with this song? We were fans of the supernatural radio call-in show Coast to Coast growing up, and particularly fascinated with the story of John Titor, an Internet message board time traveler in the year 2000 who said he had come from the future to do something with IBM computers. We were talking about what it would be like to have a time traveler boyfriend, and this song is about if your time traveling lover keeps bringing you gifts from the past, which in turn alters the current version of reality. It’s a stretch. It was also during writing this song that we learned that the only thing better than two last-chorus key jumps is THREE last chorus key jumps.

While You Were Sleeping
SINGLES
Moonstruck
Legally Blonde
10 Things I Hate About You
Splash
Groundhog Day
Housesitter
How to Lose a Guy in 10 Days (only Julia)
IQ (only Robin)
Sleepless in Seattle (only Bree) (re-watching it, it’s not as good as you remember) (Bree disagrees)
My Best Friend’s Wedding
13 Going on 30
Runaway Bride
Never Been Kissed

And so many more we’re forgetting! We only spent five minutes on this list!

“Blushin’ On The 44”:
Another romantic bus song! This is the first song we wrote for this band, which we initially called Gutless because of the timid nature of these ads. But there was another band called Gutless, so we became Who is She?. The first goal of this band was to write songs in the style of the great Canadian cuddlecore band Cub, and we really went for it on this one.

“Whatever”:
No one can ever seem to cover an Elliott Smith song perfectly, so we really changed things up with the power chords and the pop punk solo. He’s one of the artists that we all connected about loving when we were first becoming friends, and we hope he would appreciate this very very simplified version of his beautiful song.

“Jordan Catalano”:
We lifted lines straight from genius 90s TV show My So-Called Life to write this song about lovable loser Jordan Catalano, played by Jared Leto, and that beautiful moment when Angela (Claire Danes) wakes up and decides that she’s over him. Who hasn’t accidentally fallen in love with a beautiful dud? Remember that time Angela thought he wrote a song for her and it was actually about his car?

“Angry Bitches”:
This one is based on another another I Saw You ad from The Stranger about losing someone during Pride at the Eagle. We set it to the music we (Julia and Robin) were jamming out to one time when we were trying to write a metal song late at night in the practice space. 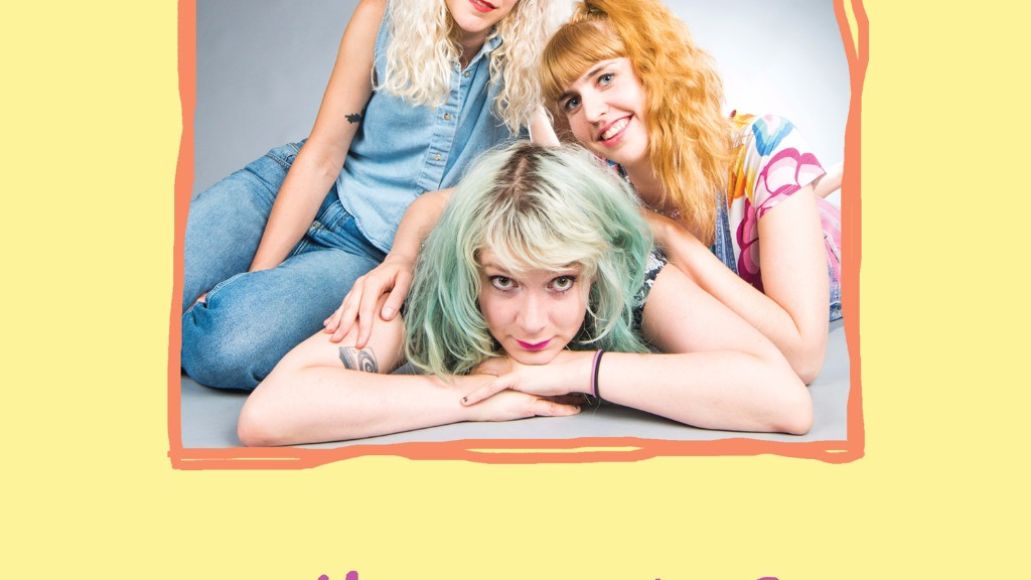 Seattle supergroup Who Is She? give a Track by Track breakdown of their new album, Seattle Gossip: Stream