Life can throw up any number of roadblocks to divert you from your path — it’s a bastard like that. If you define success by one’s ability to circumnavigate those obstructions, though, then Small Leaks Sink Ships are one of the most successful bands of the last decade. The Portland progressive indie quartet released their debut album, Until the World Is Happy; Wake Up You Sleepyhead Sun, in 2007, introducing fans to complex, evocative art-pop that invited deep repeat listening and a willingness to explore spiraling song structures. Though they were able to release a handful of singles, an EP, and a cassette in the ensuing years, they were never able to record a follow-up.

First Ryan Garner was in nearly fatal car accident, then came Judd Hancock’s cancer diagnosis, and then former guitarist Rafael Macias broke his collarbone in a vespa accident. Each incident forced the band to put a sophomore full-length on the back burner. It wasn’t until 2015 that they were finally entirely healthy enough to record and release Face Yourself, and Remove Your Sandals with the latest SLSS lineup of Hancock, Garner, Jim Mandel, and drummer/vocalist London Van Rooy. Now, for the first time in their career, the band are finally on a consistent roll, as they’re set to release their third album, Golden Calf, on October 13th via Lefse Records.

The nine-track collection explores the constant anxieties of modern life, whether it’s our reliance on modern technology (the cleverly titled “Dear John Connor”) or blaming others for our own temptations (“Dancing Devil”). With adventurous, uncompromising songwriting that’s hard to predict within a single track let alone between them, Golden Calf makes it clear why Small Leaks Sink Ships had to make it through all that adversity: They simply have too much left to say.

Ahead of the official release, take a listen to Golden Calf below.

For more insight into what SLSS put into their third LP, Van Rooy has taken Consequence of Sound through the effort Track by Track. See what he has to say about each of the nine songs below.

“Creepin'”:
“Creepin'” is about the interaction between strangers and people in general nowadays. We are quick to look away from one another in public and I believe a lot of it is do to irrational fears we have built up in our heads. The lyrics share both abstract and literal feelings about wanting to be closer to people through simple gestures and being vulnerable in the process. The opening sample to “Creepin'” was actually created years ago by Ryan in our old basement. He created this synth progression that he put through a bunch of effects possessors and then saved it to a bank in one of our samplers. Later down the road, Judd found it and wrote a piano line, beat and vocal melody over the top of it and we went from there. One of our favorite parts in the writing process of this song was during the first breakdown, where we weren’t really sure what to do vocally, so Judd and myself ended up taking the vocals from the prior verse and chopping them up into a rhythmic sample which was exactly where we wanted to go with the track.

“Dancing Devil”:
This track is about falling victim to our own temptations and wanting to blame something else for it; Lyrically using the depiction of the devil as described in the Garden of Eden to emphasize the possibility of how evil works or how wickedness may work it’s way into the human psyche… ultimately reverting to a feeling of wanting more. “DD” all stemmed from a creepy little layered vocal loop I had created, which you hear in the very beginning. This one was a lot of fun to make and I think half of that comes from the fact that we wanted to make it as simple as possible and let the beat and samples lead the song. It was also the first time that Ryan took lead on the guitar in a song. He had just come out of ankle surgery not long before that and I remember how rough it was for him to go back and forth between clean and distortion on his pedal board.

“Airplane Junkyard”:
“Airplane Junkyard” was initially an acoustic piece between Jim and Judd. Later on, Ryan ended up adding these epic slide guitar parts to it that inspired me to then assemble a percussion piece that would crescendo along with it, until the end. This song is about personal anxiety and how most of our fears are just a deceiving voice in our head that we give too much power to.

“Dear John Connor”:
It’s about mankind’s integration with technology and how it seems to have made us more disconnected from each other than ever. The song tends to go back and forth between the personal struggle of how we fit into society, what it means to be human and the questioning of reality altogether. We named the song “Dear John Connor” because it felt suiting for the title to pose as a letter to a boy in a fictional world, whose only real friend is a machine. This is the kind of song that makes me think of the intense conversations we have on the road about society, religion, politics and everything that isn’t light hearted. But I believe it’s conversations like those that inspire songs like this. 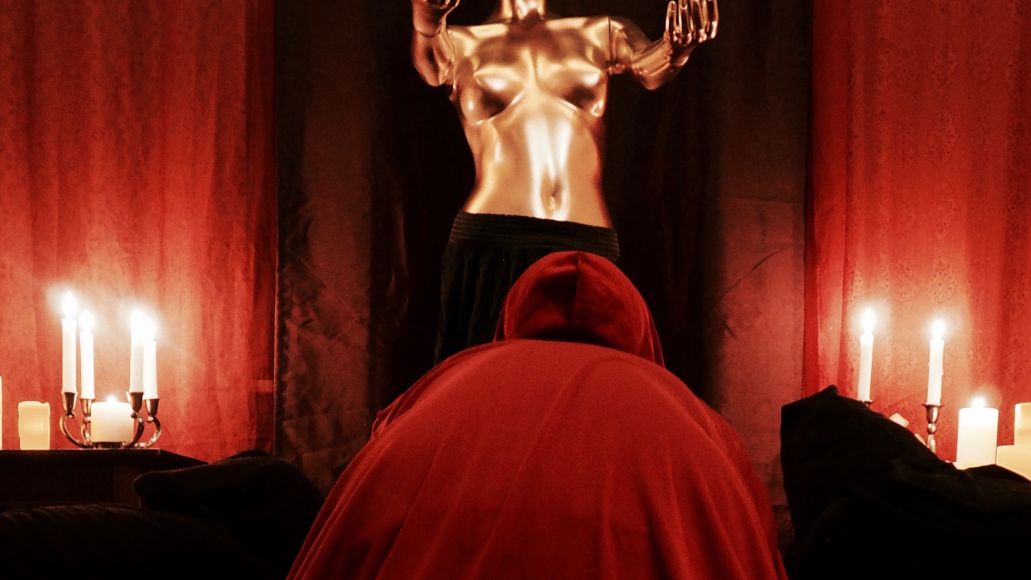 “Subtle Sadness”:
“Subtle Sadness” was something that started after a long day of practice. Ryan and myself stayed late talking about this idea where we would make an entire album out of just manipulated vocals. So we decided to give it a shot and I began to layer some long winded oohs and aahs into the sampler while Ryan played a vocal inspired guitar part over the top of it. Then late one night, near the Deschutes national forest, Judd was visiting his parent’s place and heard what sounded like the biggest frog orgy you have ever heard. He quickly stuck his field recorder outside to catch the cacophony of frogs and then applied that recording to the entire back drop of the song. SS is about isolation and dealing with your own thoughts. So once we decided to hunker down and record the finished version of “Subtle Sadness”, we ended up doing it in this dark room with just a strand of iridescent lights to capture that serene feeling of the song.

“Psychotic Opera”:
This is meant to come off as an argument between two people but in actuality is a psychotic breakdown within one’s own mind. Once again, this was the product of when you give me a microphone and a sampler and let me crawl into that creepy side of myself, although I think I was originally joking around in the beginning until Jim wrote this melancholy, minimal but groovy bass line over the top of it. That’s when we took the song seriously and began to jam along with the vocal loop. Once it was solidified, Judd sang over the top, giving it the emotion it needed. I still get goosebumps when he hits that last note.

“Drug Lord”:
This instrumental is the oldest song on the album minus the first half. We wrote it shortly after we finished the last record. At the time, Ryan and Judd were still somewhat recovering from near fatal incidents, so in a way, “Drug Lord” ended up being the catalyst for getting through an emotional and chaotic carnival ride of a time. Everything in this song was created through the “let’s just jam” process. Jim had just gotten this octave pedal for his bass that gave him a really ominous effect. Ryan responded by sending the synth through this whirling circus like effect and we kept building from there.

“Not Counterpoint”:
This was the only song to be purely written during the recording process. Judd recorded a layered piano loop that stretched out for about four minutes. I applied some digital and acoustic beats to it and then we started to chop and rearrange the entire piece within the box (computer). One of the more enjoyable steps to writing this song was arranging the vocals and lyrics together in a puzzle like pattern. Judd and I would breakdown the song structure depending on how we would work around each other vocally. The verse is about running from your future while the chorus is about letting go of your past.

“Tethered Wires”:
“Tethered Wires” started out with Ryan dropping the attack out of the keys to create a kind of drone-y synth, Judd came in with delayed eighth notes on the guitar followed by Jim’s cadenced bass line. I kind of just sat back and savored the sound before I decided to start singing the line, “I’m better now” over the top of it. At the time, I didn’t know what the lyrics meant at all. It wasn’t until months after the song was finished that I had realized how much personal change and growth I was going through when singing those lines. I realized it was a way of me telling myself I was fine when really I wasn’t. I think that is something many people can identify with and I hope what people get out of it is that you don’t always need to try to be “better”, or happy, you just need to work through whatever is happening to you in that moment. “Tethered Wires” is probably the song we love playing live the most. I think to really appreciate it, you have to experience it live.