On January 19th, UK indie pop outfit The Go! Team are returning with a new album titled, Semicircle. Spanning a total of 12 tracks, it serves as the follow-up to 2015’s The Scene Between and marks the group’s fifth overall.

For Semicircle, band leader Ian Parton “had the vision of a marching band going rogue and chucking away their sheet music to blast out Northern soul stompers, Japanese indie-pop swooners and old-school hip hop jams,” according to a press release. To complete this idea, he journeyed to Detroit and enlisted the talents of The Detroit Youth Choir. He also “stacked up sousaphones, glockenspiels and steel drums, mic’ing them all from a distance” to simulate the sound of a marching band playing inside a gymnasium.

As a first taste of the LP, The Go! Team have let loose the sprightly and colorful lead single, “Semicircle Song”. In a statement, Parton had this to say about the track:

“With “Semicircle Song” I was trying to take the technicolor feel of a marching band into a more psychedelic place, reclaiming that sound from patriotic or sporty bullshit and harnessing its toughness and power. Brass which takes your head off, bouncy xylophones, offbeat handclaps and toms hopping in the gaps – I hoped it would be recognizably The Go! Team but unlike any song we’d done before.

Something more about the space between the notes. But when the notes hit, you make them count. Vocals were laid down by a bunch of teenagers in Detroit, which is a musical mecca for me. In the middle 8 I thought it would add a kinda interstellar cheekiness if they each introduced themselves, and their star sign.” 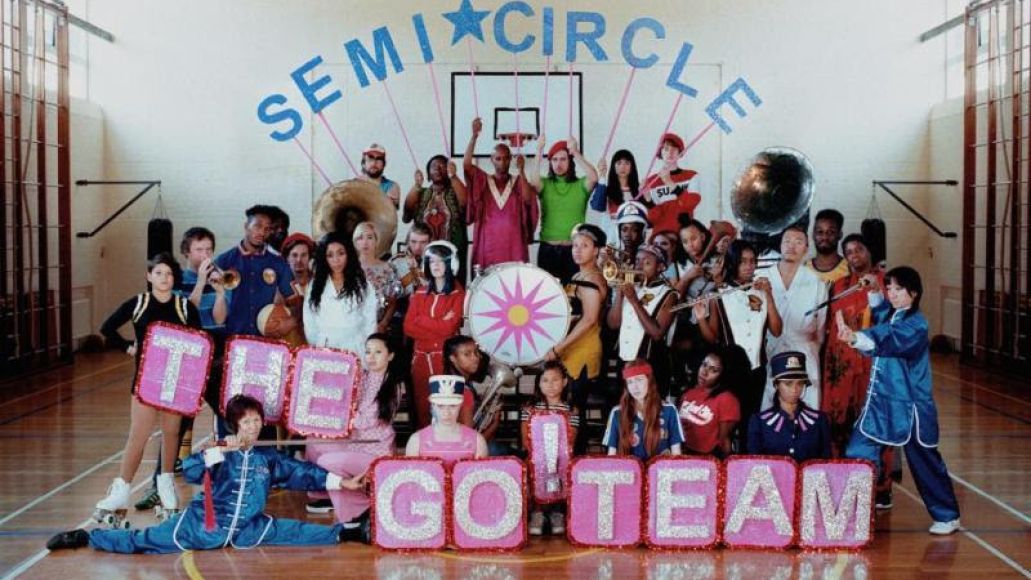 In support of the record, the band will tour North America in early 2018.