Abby Black and Karla Bernasconi of Date Stuff met on Tinder, so it’s sorta fitting that the above session finds the Chicago duo playing in a bar, the typical go-to for an online dater’s first IRL hang. That bar is Punch House, a basement dive in the lower west side neighborhood of Pilsen that you might not even realize is there until you accidentally stumble into it. Cozy, dim, and almost aggressively kitschy—it’s been described as a “1970s’ Dad basement”—Punch House is charmingly cramped, an environment that lends itself to the deceptively simple and strikingly angular music of Date Stuff.

Neither really commit to a clear style, after all. Date Stuff’s quirky, hypnotic songs turn on a dime, swiftly oscillating between rhythmic, circuitous fingerpicking and improvisatory noodling. There’s a patchwork element to it, which Bernasconi touches on when discussing the band’s songwriting. “We filter through what we’ve written and pick stuff we like and I never know how it’s gonna come out,” she says. “I like to think we’re settling into something, but then we write something super weird that doesn’t really match up with anything else.” 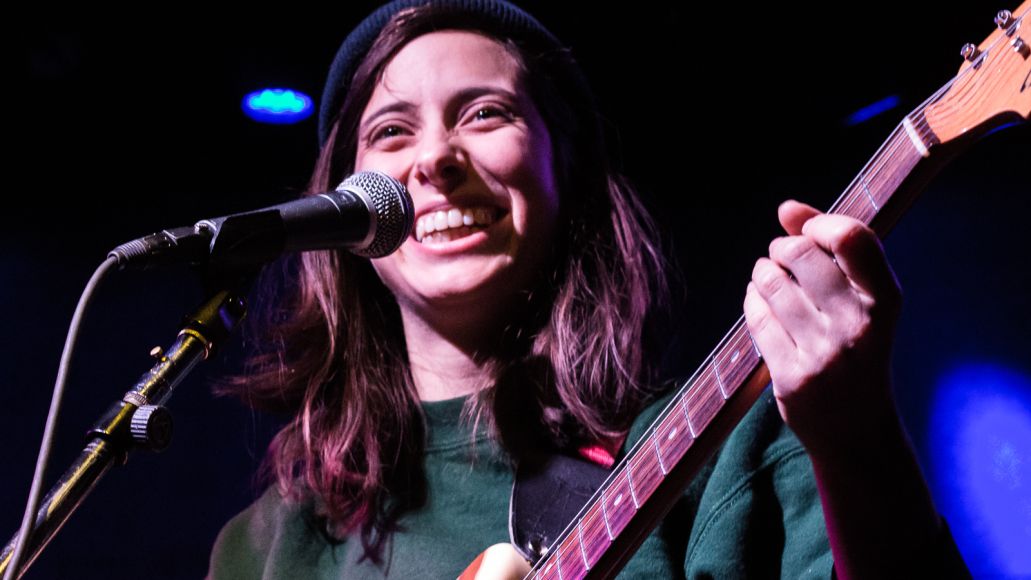 The same can be said of Punch House’s aesthetic. The space’s glowing aquarium, mounted sailfish, and abundance of model ships posit a nautical theme, but the motif’s consistency is strained by the bar’s many other curios, from its vast collection of grandma-style knick-knacks to the various flavors of punch that populate its menu. Of course, that’s part of the charm. Consistency has a tendency to nullify character, and character is as rich amidst the bar’s black banquettes as it is in the band’s lo-fi explorations.

Pilsen also is rich in character. It doesn’t feel like the rest of Chicago. There’s more homes, more small businesses, and more art. Walk down any street and you’re likely to see a kaleidoscopic mural or art piece, each serving as a symbol of the neighborhood’s individuality and sense of local pride. Its Latino heritage is also prevalent, the area being home to the National Museum of Mexican Art and an annual parade celebrating Mexican independence. 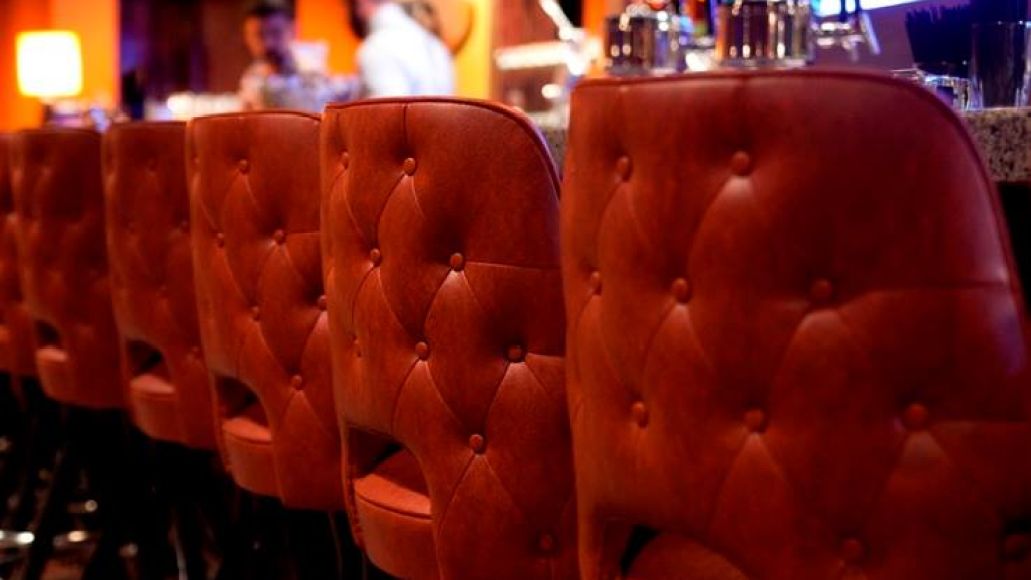 Black and Bernasconi began spending more time there for the same reason many Chicago music lovers have—Thalia Hall, a one-time opera house built in 1892, was in 2013 renovated and reopened as a modern music venue, bringing many of the city’s most exciting concerts to the area. The duo recalls memorable shows they’ve seen there—Black mentions a recent Big Thief show that left her “almost in tears”—as well as the beers they consumed afterward in Punch House, which is located in the venue’s basement.

It was 9 a.m. when Date Stuff recorded their session so no beers were consumed this time (though getting hooked up with a few Tocayo six-packs certainly gave them something to look forward to). For their song, they chose “Long Con” from the self-titled EP they dropped last month. “We thought it was the most fun, catchy song and we always feel really good playing it.” Black says. 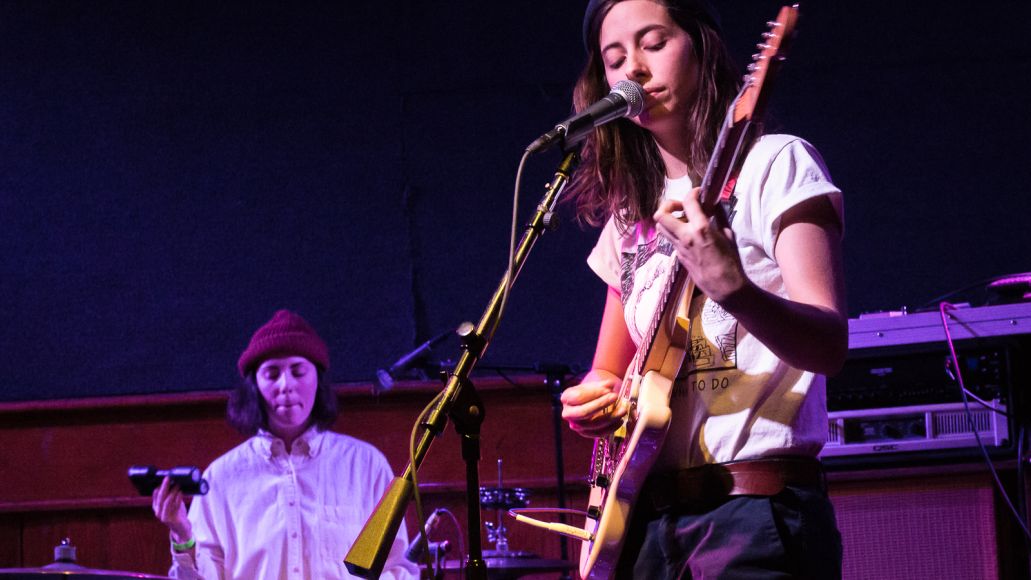 “We have a few songs that don’t really fall into any sort of category,” Bernasconi elaborates. “Like, the parts are kind of erratic and very different from each other and I feel like this song just flows well. If I have to choose one to share, I feel like this is the right one.”

See the full performance above, which highlights the duo’s breakneck tempo shifts and slacker-chic persona against the bar’s domestic charm.