Twenty years ago today, Death Cab For Cutie gave their first-ever live performance. Ben Gibbard and Chris Walla had just recorded their first tape, You Can Play These Songs with Chords, and they recruited bassist Nick Harmer and drummer Nathan Good for an acoustic show in their friend’s living room. For the first time, a full audio recording of that inaugural gig is now being shared to mark the band’s 20th anniversary.

The extremely lo-fi audio was recorded by host Trevor Adams using a dictaphone. The set up was entirely acoustic or semi-acoustic, meaning there was no PA system through which to capture better quality sound. Even so, a performance that took place way back in 1997 in front of just 25 people at The Pacer House in Bellingham, Washington can now be enjoyed by all fans, and that’s pretty special.

“None of us thought we were starting a band nor did our ambitions for DCFC extend very far past this particular evening,” Gibbard said in a statement. “We simply thought it would be fun to play these songs for our friends before moving on to other things. I remain forever grateful to Trevor for inviting us to play in his living room 20 years ago today. It was one of the greatest nights of my life at the time and its significance has only grown since.”

You can purchase the 29-minute release via Bandcamp for $4. A portion of the proceeds will go to benefit Seattle’s The Aurora Commons. The entire thing is also available to stream below.

Here’s a poster from the original event, which series as the cover art for the release: 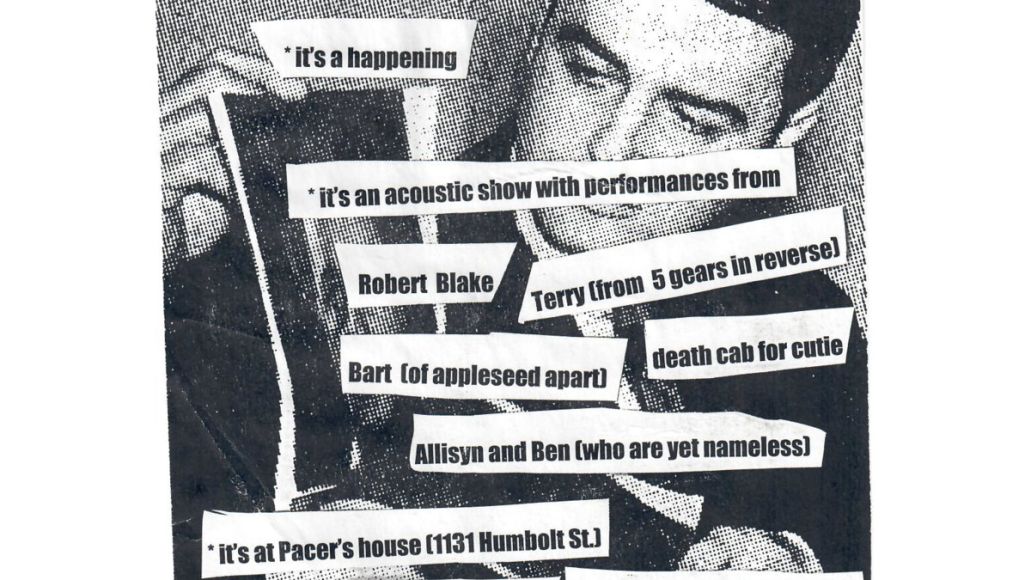