Hi-Lo Jack joins the forces of three separate artists: rapper DAP The Contract, Stolen Jars’ Cody Fitzgerald, and Clyde Lawrence of soul-pop band Lawrence. Each individual of brings different influences to the table that, under the umbrella of the trio’s real-life friendship, coalesce into something uniformly warm, elegant, and uplifting.

Chance the Rapper’s kaleidoscopic pop symphonies are a clear analogue, but there’s unique personality here, from Lawrence’s pained belting at the top of “Cold (Remix)” to the interplay he finds between his spritely piano and the skittering beat of “Wasted Time”. Hi-Lo Jack also demonstrates a talent for cultivating an evocative atmosphere, a trait likely born from Lawrence and Fitzgerald’s work as film composers (they’ve contributed to recent films like The Rewrite and Landline).

Their debut EP, dubbed Old New Clothes, was written as the trio finished their studies at Brown University, and a press release says it “finds its meaning in things that are left behind: college, friends, significant others, and the homes that came before.” The effort is due out this Friday, November 17th, but Consequence of Sound is premiering the entire thing today. Take a listen: 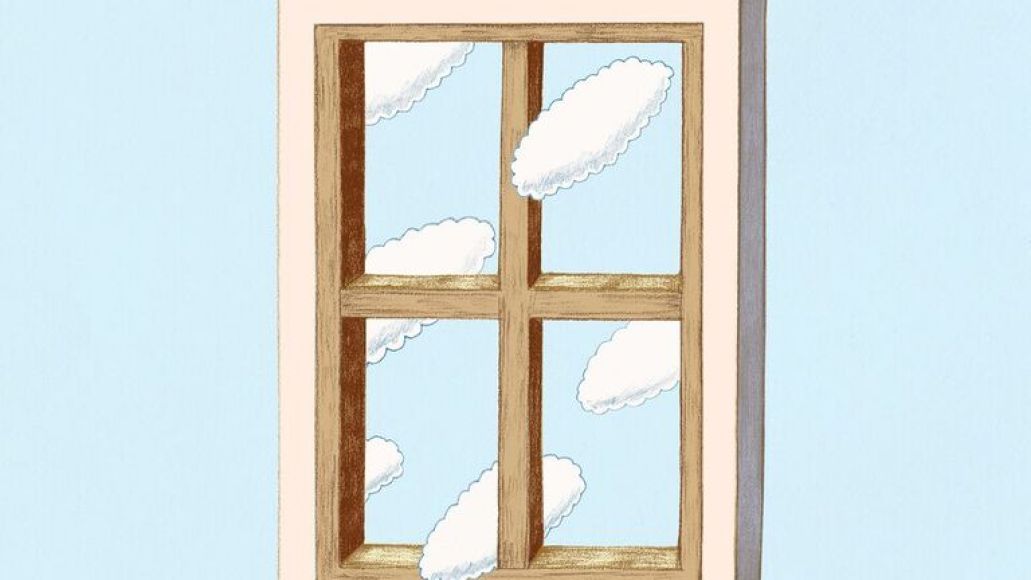 For additional insight into the sounds of Old New Clothes, the band has shared with us the diverse slate of artists that served as influences for their work. “We all come from totally different musical backgrounds,” the band tells us, “but through becoming college friends and then collaborators, we ended up learning and appreciating tons of each other’s favorite music and essentially multiplying each of our own influences by three. Here are four of our favorite songs, some of which we all knew going into the project, others of which we shared with one another along the way.”

Clyde Lawrence: I’ve always loved the production on Outkast’s stuff, and I knew that they’d be a big influence on this project from the beginning. I love how they incorporate so much keyboard and horns in their stuff, not to mention that their hooks are always so catchy, while still being kind of weird and interesting. All of that plus the knowledge that André 3000 is one of Dolapo’s all-time favorite rappers made this track one that we were constantly referencing.

Cody Fitzgerald: Yeah, we just kept coming back to this song. Particularly, one of the things I constantly think about in my music is how to take chopped up percussive elements and form them together to create a consistent groove. This song does an amazing job of that and has some really well-timed breaks, so we tried to emulate a bit of that vibe in our production.

Dolapo Akinkugbe (DAP The Contract): André 3000 is such an intelligent musician with such a bright sound and so much versatility. Songs like “Spread” and “Hey Ya” are a huge part of what gives me the confidence to genre bend and operate completely out of my comfort zone. I also gained even more respect for André 3000 when I discovered that he produced 70% of The Love Below himself. As a producer/rapper, the ability to tell whatever story you want through whatever musical medium you so choose really excites me, and I think he is the epitome of that.

CF: I’ve always loved Bon Iver, Justin Vernon’s sense of space and texture has had such a huge influence on my music, so when we started working on Hi-Lo Jack, I knew that his music would inevitably come into play. As we were writing, we kept talking about vocal manipulation. How could we make songs purely out of vocals? Or how could we turn vocals into a strange, electronic texture? This song does both of those things in a pretty beautiful way and so it became part of our vocabulary.

FL: I wasn’t nearly as familiar with Bon Iver as Cody was. I had always known about Bon Iver from afar, but never really dived into the material or considered myself a true fan (just through lack of exposure). Working with Cody really opened me up to his work, and it’s truly amazing stuff. When Cody pulled this song up, I was blown away by how it managed to be so soulful and human but robotic and digital at the same time. It made me realize how massive of an impact his work has had on modern pop and hip-hop, and it made me want to try our best to do something inspired by it that felt like our own version of it.

DA: My favorite artist of all time is Kanye West, and another artist right up there is James Blake. I love the use of autotune and musical technology in general to create new sounds, and this song is one of the songs that really gives me goosebumps when I listen to it, especially with Kanye’s poem he raps over it on his album My Beautiful Dark Twisted Fantasy. Bon Iver, Imogen Heap, James Blake and the like are artist I hold in high regard for their ability to marry such pure soulful voices with such specifically electronic-sounding technology.

CL: Motown is my most consistent musical influence since as long as I can remember. Other things come and go, but inspiration from songs like this one find their way into pretty much everything I try to do. Most of all, it was fun to see how Cody, who I know likes this stuff but doesn’t engage with it as much in his own work, managed to combine these types of arrangements with his own style of guitar playing. The bridge of “Wasted Time” is a really awesome example of that.

CF: Yeah thanks Clyde haha. It’s true though, I’ve always loved Michael Jackson (obviously), but this project was really my first opportunity to delve into writing music that was even semi-close to his music genre-wise. It was a really fun experience to try and take some of the things I had always loved about his songwriting and push them a bit towards my own style.

DA: I danced a LOT as a kid, imitating all the great dancer/entertainers out there. I secretly think one day I might add that to my set as a rapper. I grew up on The Jackson 5. Motown artists were by FAR the most played in my household growing up, especially Stevie Wonder and Whitney Houston. Nothing can ever replace the memories I have of these childhood songs like “ABC”, “Who’s Loving You” and other great Jackson 5 songs.

CF: I loved this song from the very first time I heard it, it has so much heart and warmth. I think for all three of us, if there is one thing that really matters when we are making our music, it’s creating a sense of warmth, a sort of honesty, a clear sense that each note in each song is personal. This song is about Chance’s grandmother, and you can hear that in every word. When we were writing melodies and arrangements for this album we kept looking to the warmth and energy of this song for inspiration.

CL: Our shared love of Chance was a big part of what made us feel like a joint EP was a worthwhile idea for us to pursue. When “Sunday Candy” came out and we all loved it, it was the nail in the coffin. We thought, “Well, if we’re all super into the same song, and we all like each other’s songs, and we all want each other’s help with our own songs, screw it we should just make some songs together from scratch.”

DA: “Sunday Candy” to me is right about where all three of our contemporary interests are married. I have always maintained that the best music of all time comes from the purest, most simple chords, and most often songs about love. That is why “Prototype” by André 3000 may be my favorite song of all time. This song embodies that. Also, as a huge Kanye West fan, and a true “mama’s boy”, I cannot resist songs that sing about and celebrate daughters, sisters, mothers and grandmothers. The love couldn’t be stronger. “Sunday Candy”, “Hey Mama”, “Hey Ma”, and many more are all songs that give me a feeling that I cannot recreate in any other way.