Like a shot of espresso, Monobody‘s music wakes your ass up. A five-piece instrumental outfit from Chicago’s Portage Park neighborhood, the band pairs the sweeping scope of post-rock and the heft of mathcore atop a foundation of classical jazz. In conjunction with Tocayo Brewing Company and artist discovery platform Audiotree, the band recently recorded a tight rendition of their song “Equations For a Falling Body” at Metric Coffee in Chicago’s West Side neighborhood.

On why the band chose the song, which appears on a split with Chicago’s Pyramid Scheme from earlier this year, guitarist Conor Mackey says, “It starts quick out of the gate. It’s got a high energy level.” 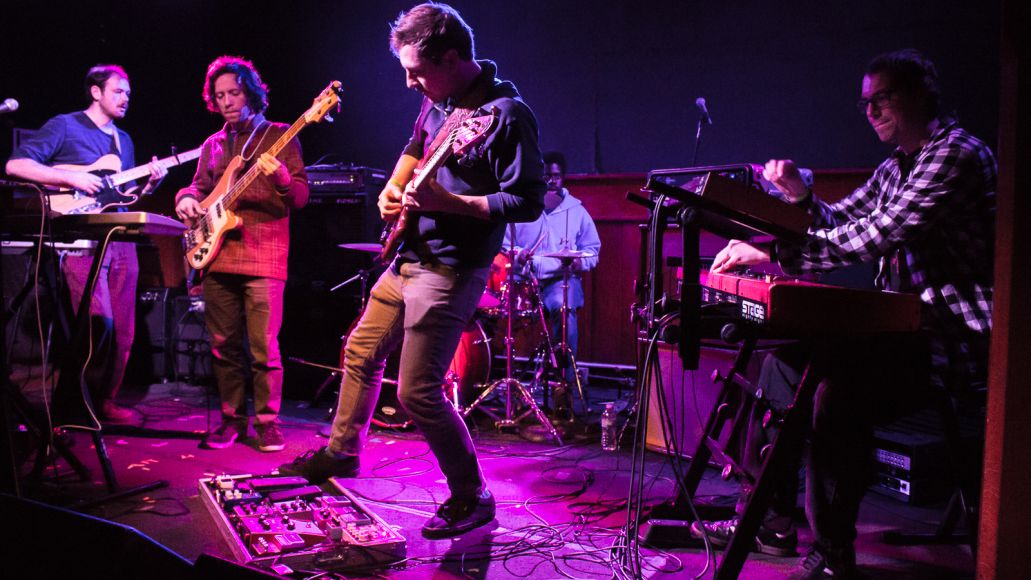 He also says it serves as a fine showcase of each member’s individual talents. Monobody is comprised not just of vets from the local music scene, but also students of jazz performance and composition. To watch them play is to witness lightning-fast precision and fingers that seem to sport brains of their own. That so many notes spanning every inch of the fretboard are able to coalesce is something of a miracle.

“It starts off with that really rapid guitar part,” Mackey says of the song, “and breaks down into a section where the two basses are really highlighted, kind of point/counterpart to one another.” He also mentions Collin Clauson’s keyboard solo and the spirited drumming of Nnamdi Ogbonnaya. “Every instrument has a moment. The song really highlights a bunch of different aspects of the group.”

Behind the band you’ll catch a glimpse of Metric’s prized possession: a ’61 Probat UG 15 roaster, which the company uses to make each of its coffees. Co-owner Xavier Alexander describes the cafe’s clientele as a “mix of local artists, photographers, distillers, and brewers.” 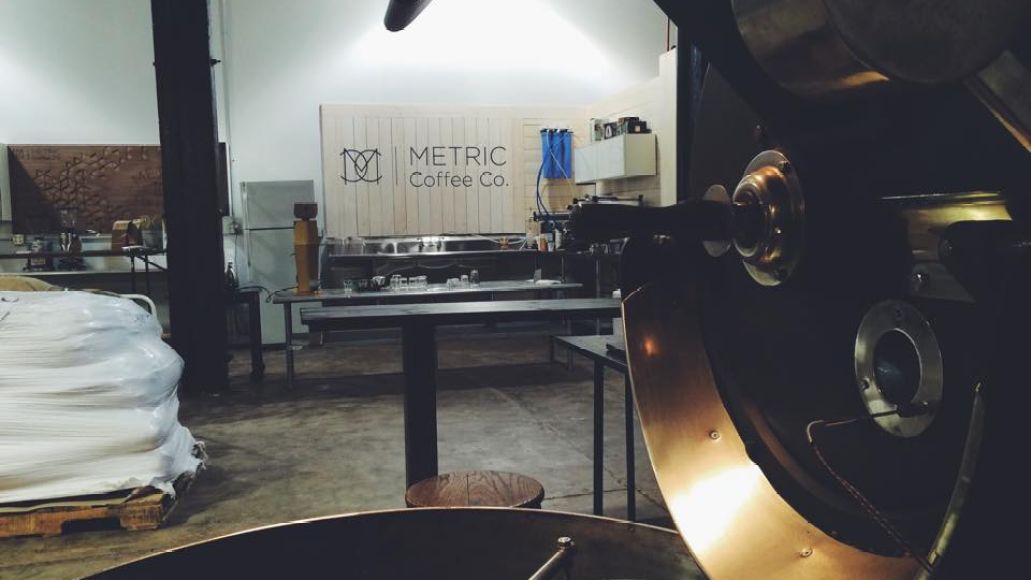 “So, in all,” he continues, “a community of makers that still exists this side of West Fulton.”

Speaking of brewers, Tocayo saw the potential for a collaboration with Metric after Audiotree hooked the pair up. “They’d set out to brew a porter, and [Tocayo marketing director] Nora [Hackett] thought it would be a great opportunity for us to team up,” says Metric’s wholesale manager, Jess Salgado. “After a few emails and phone calls with the brewer, we had a clear picture of the direction they wanted to take the porter, and had the perfect coffee in mind.”

That coffee was a Honduran blend called Denis Enamorado, which is named after the man who produces it. An English porter, the smooth, delicious brew combines British hops, malt, and yeast with the coffee’s bold notes of pear, melon, and marzipan. Having tried it, this writer will say he hopes it sticks around.

Watch Monobody’s peripatetic throwdown of “Equations For a Falling Body” above.