Khalid’s meteoric rise this year was capped off this morning when the singer earned a handful of 2018 Grammy nominations, including Best New Artist and Best Urban Contemporary Album for his full-length debut, American Teen. Not one to rest on his laurels, Khalid has just announced a North American tour for early next year.

The 2018 “Roxy” tour opens with a show at New York City’s Radio City Music Hall in late January. Khalid will then proceed to spend May and June performing for audiences in Vancouver, Seattle, Los Angeles, Denver, Austin, Charlotte, and Philadelphia, among others. For every ticket sold in each city, Khalid — a fervent advocate for pet adoption — will make a donation to a local animal shelter.

Find the full schedule below. 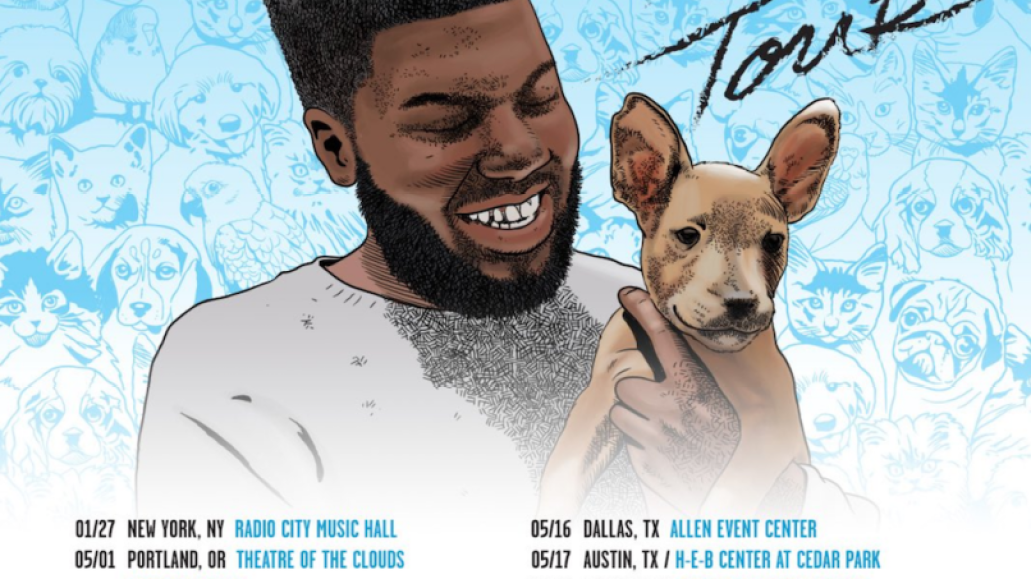 For every ticket sold in each city, a donation will be made to a local animal shelter! Super excited for this tour! Can’t wait! ????????✨