Near the end of last year, King Gizzard & the Lizard Wizard promised they’d release five albums by the end of 2017. As we creep closer to the end of this year, the Aussie psych outfit have thus far shared three: Flying Microtonal Banana, Murder of the Universe, and Sketches of Brunswick East (with Mild High Club). They’ll bring the tally up to four this week with the release of their latest full-length effort, Polygondwanaland.

Polygondwanaland will be available as a free download via KG&TLW’s website beginning Thursday, November 16th at 5:00 PM EST. What’s more, the band actually encourages fans to “make tapes, make CD’s [sic], make records” and are providing all the digital material to do it. There will be three different masters — digital, CD, and vinyl — each with appropriate cover artwork templates, metadata, and instructions included.

“We do not own this record. You do,” read the band’s Facebook statement. “Go forth, share, enjoy.” They do warn, however,  “If u wanna make cassettes I don’t really know what you would do. Be creative. We did it once but it sounded really shit. Maybe try the WAVs idano.”

Check out the Polygondwanaland album artwork below. 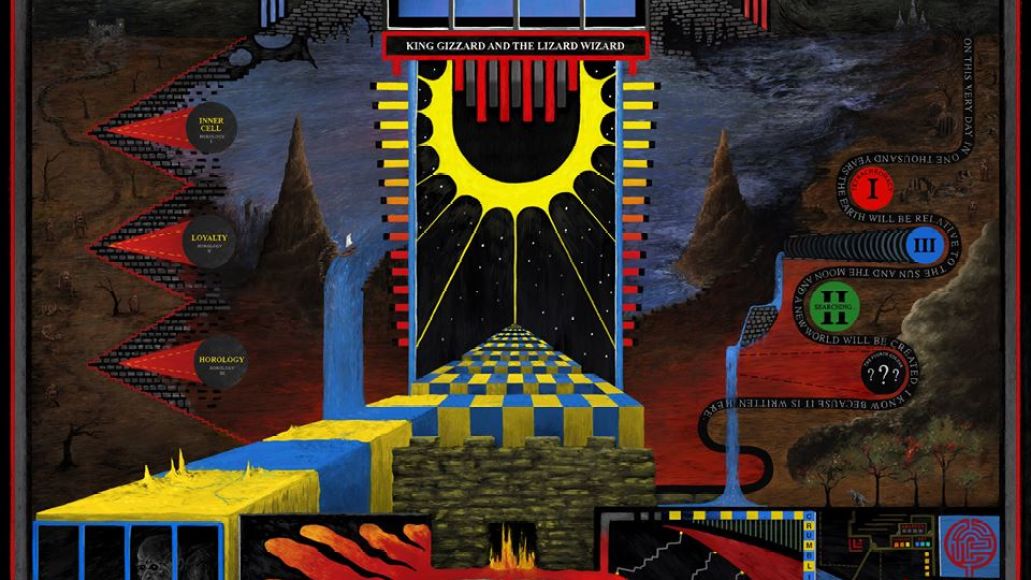