Queens of the Stone Age will stage a one-day festival-style event at London’s Finsbury Park on June 30th.

Joining QOTSA at the top of the bill is Iggy Pop in what will be his only UK performance of the year. Pop recently teamed up with QOTSA’s Josh Homme for his 2016 solo album, Post Pop Depression, and it’s safe to assume the two will share the stage at some point during Pop’s performance.

The day’s lineup also includes Run the Jewels and The Hives, with several more acts still to be announced. Tickets go on sale next Friday, December 1st. Check out the very cool lineup post below.

QOTSA are currently on the road in support of their latest album, Villains, and they have a bunch of other tour dates in the hopper. 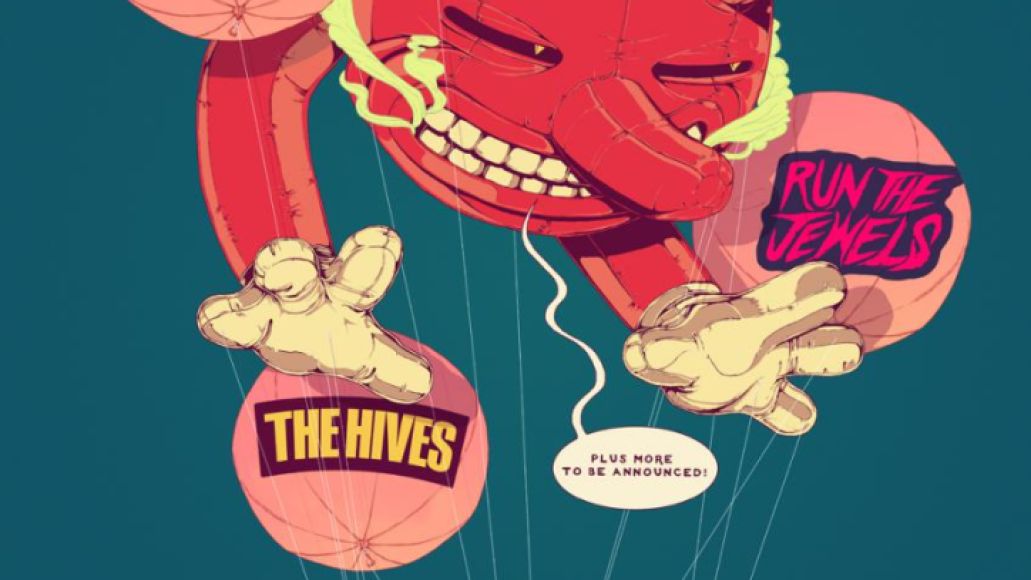 Queens of the Stone Age announce London festival with Iggy Pop, The Hives, and Run the Jewels