The following preview takes the first three episodes of the new series into account. Some spoilers contained.

“I’m not a freak, I’m not a sex addict, and I’m damn sure nobody’s property,” declares Nola Darling (DeWanda Wise) near the end of the first episode of Netflix’s new series She’s Gotta Have It. It largely echoes the message taken away from Spike Lee’s 1986 debut film of the same name, one that revolutionized independent film, Black cinema, and how movies address matters of sexuality. For a woman, particularly one of color, to speak openly about her sexual desires and break with social norms (keeping multiple partners) on screen was liberating, shocking, or threatening depending upon whom you asked back in the mid-’80s. And that’s one of the main reservations modern audiences might legitimately bring to this straight-to-streaming reboot: how often does taboo subject matter from three decades ago still seem highly relevant? However, after Nola makes the above declaration, she soon asserts what can be considered the character’s 2017 addendum: “And my name definitely ain’t no motherfuckin’ black bitch.” Those are the words of the man who sexually assaults her late in the first episode, and her denunciation of them makes it clear that Lee (credited as creator, director, and producer) and his team are ready to stir up fresh and vital conversations for these troubled times.

The first episode ensures that those unfamiliar with Lee’s original won’t even need to queue it up on Netflix. Consider it an abridged version of the film, setting up the dynamics between Nola and the very different lovers in her life: the steady Jaime (Lyriq Bent), the goofball Mars (Anthony Ramos), and the ridiculously self-absorbed Greer (Cleo Anthony). As in the original, all offer Nola something different she wants in a man while each desperately wants to believe he alone can offer what she truly needs. Wise proves absolutely irresistible as the modern Nola — confident, sharp, and sexy but with realistic layers of confusion and vulnerability as she tries to sort out who she is as a woman, artist, and friend — and the updated versions of her three fellas — more extreme in their defining characteristics than in the original — begin feeling more natural by the second episode. More difficult for some audiences will be the “millennial” reboot. Nearly everything, especially the humor, gets less subtle treatment, and while it’s important to see the changes to Fort Greene, cool to discover that this Nola is a card-carrying cinephile, and stomachable that Mars works in a Brooklyn coffee/bike-repair shop called Joey Chainz, some are going to undeniably cringe at already-dated hashtag, hipster, and selfie jokes. Luckily, Greer can still outfold any Abercrombie & Fitch employee.

Up until the five-minute warning of the opening episode, Lee lets you believe the first installment (and, God forbid, the series) might offer little more than an updated rehash of a celebrated property. Hell, we can count on two hands (maybe one) the number of great films that have translated even remotely well to a television format (even one that’s binge-able), so while we can usually count on Lee to be interesting, if not revelatory, there was legit reason to doubt She’s Gotta Have It could work three decades later in a different medium. But then the series really begins and in such a sobering way that you almost feel bad having ever doubted Lee. On her way home at night from her girlfriend Clorinda’s, Nola gets catcalled and then grabbed by a stranger on the street. She’s able to fight him off and get away, but it’s an encounter that she struggles to process moving forward. While Nola the radical artist pulls a Banksy and secretly plasters the neighborhood with a series of powerful, anti-catcalling images (artwork that’ll later be defaced with slurs like “cunt” and “slut” spray painted on it), Nola the person finds herself truly shaken by the event, struggling to reclaim normalcy, regain her confidence, or figure out how she wants to inform the men in her life about the incident.

If the early parts of this season are any indication, one of the merits of Lee’s reboot will be that it takes the time and compassion necessary to seriously address what women (regardless of color) sadly endure in our society on a regular basis. While shows might try to wrap up the topic of sexual assault in one neat and tidy episode, Nola’s encounter clearly will be a through line that the series returns to because that type of experience would be one that a victim must return to in order to move beyond. Lee also sheds light on more nuanced examples of how men, even trusted ones, can be part of the problem for modern women. In the third episode, Nola, on the advice of her therapist, buys a LBD (little black dress) that allows her to feel confident again as a sexual person, and each of three caring men in her life unintentionally sets back her recovery: Jaime can’t handle her dressing that way at a fancy restaurant, Mars blames an incident at a rap show on her sexy appearance, and Greer sees the outfit as a license to pose and control her like one of his models. As more allegations about Hollywood sexual predators surface each day and we men take to social media platforms and other pulpits to denounce those behaviors and separate ourselves from the scum of our gender, an episode like this one causes even us decent dudes to have to reflect on how our words and actions might unknowingly be hurting the very women we love and aim to bolster. 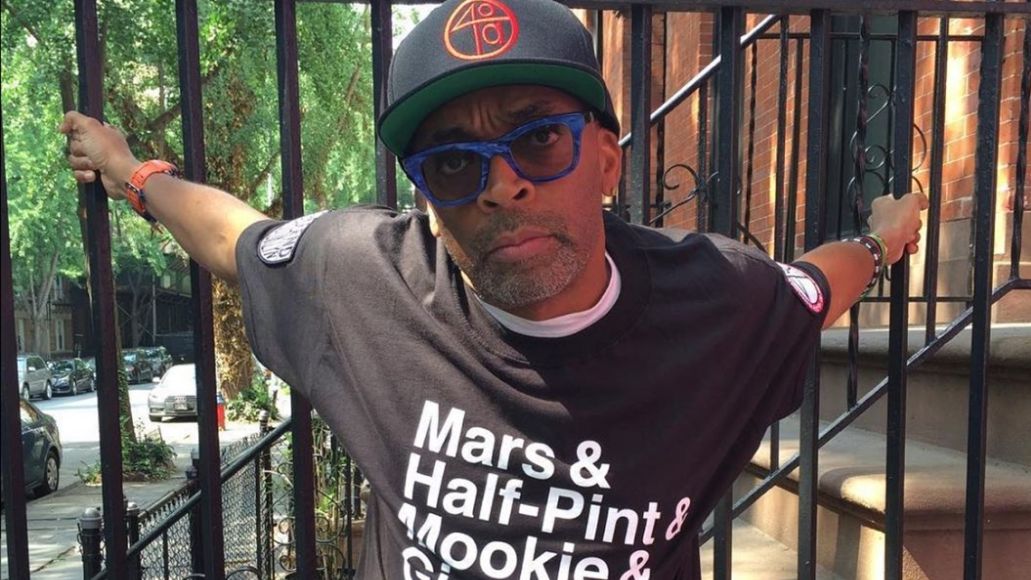 “She’s juggling a lot: men, ambitions, emotions,” Dr. Jamison, Nola’s therapist, tells the crew (as in the original, a project is supposedly being filmed to better understand Nola and her situation), and that’s perhaps the largest takeaway for audiences of this reboot. Black women like Nola are still juggling questions of self and sexuality 30 years on, but it’s high time to acknowledge all the other pins cycling through the air at the same time. In only three episodes, Lee and his team of writers raise issues of sexual freedom, sexual violence, misogyny in many forms, gentrification, Black Lives Matter, gender and racial stereotypes, body image issues, and even SWB (shopping while black). Yes, the series will return to its roots and no doubt continue to find its leading lady struggling to juggle three men at once (as they deal with being one-third of her love life), but there’s just so much more going on for this Nola. At a time when racial tensions are intensifying and all of us are reflecting on how our sisters of all colors (or anyone else who might find themselves on the vulnerable side of a power dynamic) are treated in American society, a filmmaker like Lee, who doesn’t skirt difficult dialogues for comfortable ones, and a show like She’s Gotta Have It remain painfully needed.

She’s Gotta Have It premieres on Thanksgiving via Netflix.

She's Gotta Have It and So Do We: Spike Lee Delivers the Goods for Netflix