“The goal was to, as in many religions, to sing songs of praise for someone who is no longer with us,” Adam Cohen said of his almost year-long quest to put together Tower of Song, the all-star tribute to Leonard Cohen that took place at the Bell Centre in their hometown of Montreal on November 6. “I know my father would be very grateful for … these songs being kept alive by these beautiful voices.”

There is, perhaps, no greater celebration of the power and scope of the late singer-songwriter/novelist/poet/late-blooming fashion icon than the scope of talent, vision, and adoration that was on display throughout the almost three-hour-long show last night. That Adam was able to assemble such a wide array of guests from so many genres, generations, disciplines, and nationalities on the eve of the first anniversary of his father’s death is a testament to Leonard’s massive ongoing influence on our culture. And that these artists were able to do his work justice – and almost keep up with the stamina of the famously long shows that Cohen performed in the latter days of his career – is a testament to them. 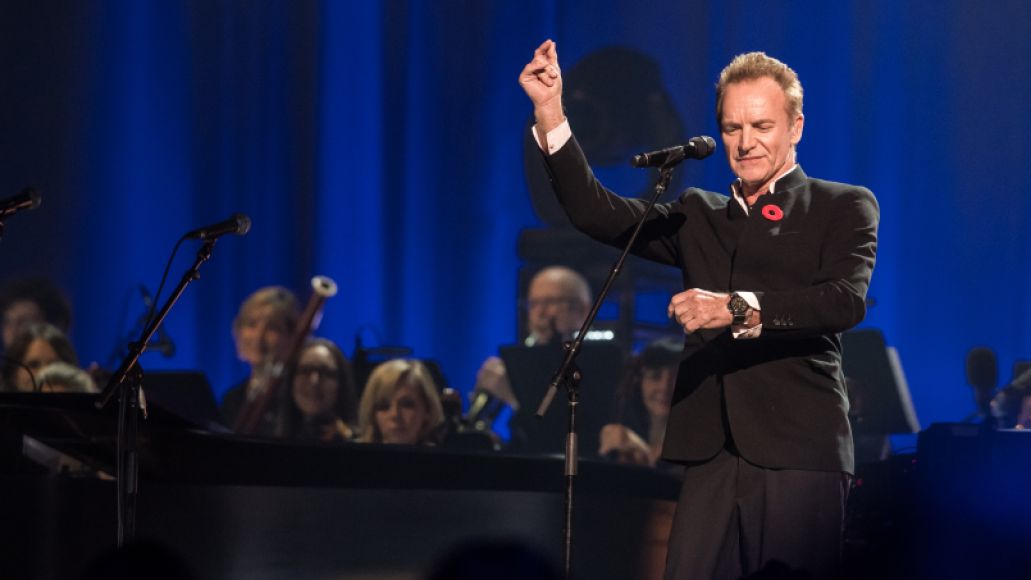 With an image of Leonard in a window projected onto the back screen of an understated but elegant set, as if he were watching over the proceedings, a revolving door of prominent musical artists performed their unique takes on some of Cohen’s most famous songs with the support of a band that included Cohen mainstays like backup singers Sharon Johnson and the Webb Sisters. Actor Seth Rogan showed up to deliver a decent spoken-word take on “Field Commander Cohen”, which he prefaced by pointing out that reciting a Cohen poem in a hockey arena is perhaps the highest possible achievement for a Jewish Canadian. Prime Minister Justin Trudeau and his wife, Sophie Grégoire Trudeau, also made an appearance, speaking earnestly about the star’s impact on both Montreal and the world and geeking out about their favorite lyrics.

The wide range of takes on Cohen’s material certainly spoke to just how wide his range of influence on the music world was – and continues to be – but the results of the more liberal interpretations were somewhat mixed. Sting’s clipped delivery of the deceivingly tragic “Dance Me to the End of Love” opened the show on a slightly awkward note, but the Police frontman and Dune star redeemed himself in the second half of the show with a spirited “Sisters of Mercy” and impassioned “Ring the Bell”. Elvis Costello’s slow-burning rock vision for “The Future” bordered on interminable, but his later “Bird on the Wire” fared far better. Courtney Love admirably vamped through the verses of an appropriately sleazy “Everybody Knows”, but lost steam in the choruses. Sharon Robinson’s jazzy “I’m Your Man”, filled with a subtle Cohen-esque swagger, was a demonstration of both her talent and her deep affinity for her long-term collaborator. k.d. Lang’s “Hallelujah”, the only version of the oft-covered song that should be allowed in a post-Cohen world, seems to get better every time she performs it, and first act-closing take, which added another layer of nuance to the minor falls without sacrificing a single major lift, was no exception. Blues luminary Bettye LaVette’s understated but heart-wrenching “In My Secret Life” was an undeniable highlight. 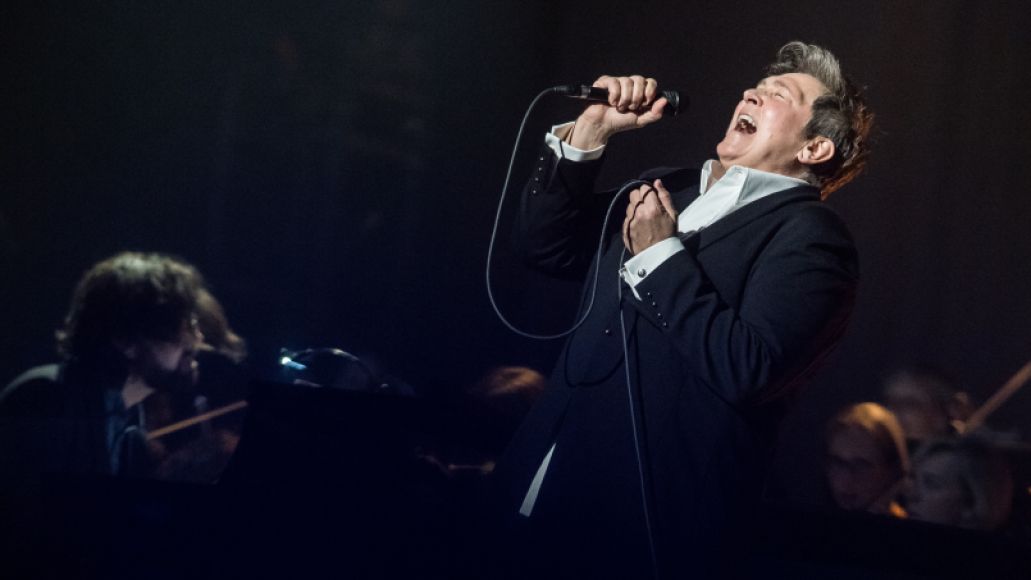 The night truly belonged to Cohen’s closest descendants, though, both of the familial and artistic variety. Adam Cohen shone throughout, delivering heartfelt and often uncanny versions of “Chelsea Hotel” (accompanied by a game Lana Del Rey), “The Partisan” (with Damien Rice and Coeur de Pirate), and an impromptu “Coming Back to You” (with support from surprise guest Basia Bulat), which he told the crowd was the first song of his father’s that he ever learned. The relatively faithful covers from some of today’s most acclaimed singer-songwriters – like Feist’s “Hey, That’s No Way to Say Goodbye” and Ron Sexsmith’s “Suzanne” – were also uniformly impressive. Particularly stunning, though, was Damien Rice’s “Famous Blue Raincoat”, a plaintive, haunting recreation of one of Cohen’s most emotionally complex and devastating songs.

Just as Rice seemed poised to give the night its emotional climax, Cohen and the sublime Webb Sisters (as Leonard was so fond of referring to them on his final tours) followed with “So Long, Marianne”. Part way through the performance, Cohen broke into a spoken-word performance of the letter that his father wrote to the song’s muse, Marianne Ihlen, shortly before her own death last summer. It’s remarkable that the trio were able to make it through this overwhelming moment without breaking into tears. The audience clearly could’t. (Hell, I’m almost crying as I try to recount it now.)

“Know that I am so close behind you that if you stretch out your hand, I think you can reach mine,” the younger Cohen recited as the sound of voices singing along throughout the arena gave way to audible sobs. And, for a moment, it felt like we all could.