The following review was originally published as part of our coverage of the 2017 South by Southwest Film Festival.

“Spoon!” Members of the audience chuck fistfuls of plastic spoons at the silver screen. They have just seen another framed picture of a spoon. They chant “Go, go, go!” as the camera slowly pans across the Golden Gate Bridge. They sing “Everywhere you look” as they see the Full House domicile. And, with gusto, they exclaim, “Hi, Denny!” as an awkward young man enters the scene.

For the uninitiated, these reactions to a film may seem crazy. To anyone who has experienced a packed screening of Tommy Wiseau’s The Room, this is old hat. Since its release in 2003, the king of “best worst movies” everywhere has transitioned from an unwatchable, self-indulgent mess to the modern Rocky Horror Picture Show. While the film began with an abysmal $1800 opening weekend, it now plays to sold-out midnight crowds across the country.

He’s entertained millions of viewers with his laugh-a-second cult masterpiece, but comedy was never Wiseau’s intention when making The Room. Instead, the writer/director/actor saw himself as Tennessee Williams reborn. His film was to have the intensity of A Streetcar Named Desire and the passion of Cat on a Hot Tin Roof. The film is intense and, of course, passionate, but lacks any of the intelligence of Wiseau’s idol, Williams.  It tells the story of Johnny (Tommy Wiseau) a banker (?) who loses his fiancée, Lisa, to his best friend Mark. And…that’s pretty much it. Beyond the unintentional hilarity, the film is a complete and utter mess.

Writer/director/actor James Franco also has much experience reaching for the heights of the literary greats and falling flat.  His adaptations of the works of John Steinbeck (In Dubious Battle), William Faulkner (As I Lay Dying), and Cormac McCarthy (Child of God) are, in a word, terrible. Like Wiseau’s striving for the greatness of Williams, Franco’s choice to tackle these texts shows a lot of chutzpah, but little forethought. However, he also seems to understand (consciously or otherwise) the pitfalls of flying too close to the sun. It is only right then that James Franco the director be the one to tell Wiseau’s story in The Disaster Artist.

The film is based on the book of the same name, written by Greg “Oh hi Mark” Sestero and Tom Bissell.  The book, unlike The Disaster Artist as a film, is a dramatic chronicling of the production of The Room. But, most importantly, it is about the tumultuous, sometimes abusive friendship between Wiseau and Sestero. Wiseau is drawn as an obsessive friend, jealous of Sestero’s youth and all-American good looks. A tale of jealousy and broken dreams, Sestero’s retelling of the events has dark echoes of All About Eve or Sunset Boulevard. The book is frightening, funny, and ultimately heartwarming.

Franco, together with screenwriters Scott Neustadter and Michael H. Weber, makes the wise decision to focus on the humor and sweetness of the story, and shy away from the darker realities. Franco does not strive for the tone of the book, but instead creates a companion piece to it and The Room. It exists less as an adaptation than a love letter to the film, its large community of fans, and crazy dreamers everywhere.

Considering the film’s casting, we see that Franco has no interest in realistic portrayals of the real-life filmmakers and actors. Casting himself, his brother Dave (as Sestero), and longtime collaborator Seth Rogen (as a script supervisor on the film), Franco seems more interested in character impersonations than believable performances. Strangely, this works in The Disaster Artist, and much of the humor comes from the array of comedic stars Franco was able to secure.

The humor is in the casting, as in Franco and Rogan’s previous collaboration This is the End. Both films rely on the real-world context of these celebrities to create a comedic meta-narrative. This is not simply James Franco as Tommy Wiseau; this is James Franco playing James Franco, playing Tommy Wiseau, directing The Room in the film The Disaster Artist. It is in this meta-storytelling where Franco seems most comfortable. In The Disaster Artist, he need not hide his disdain for the fourth wall. His celebrity and sometimes flat affect may not work in The Sound and the Fury, but here, play-acting and self-awareness are his greatest assets.

The film plays out similarly to Oliver Stone’s W, with a parade of celebrities playing dress-up as various parties involved with The Room during its production. The difference is that many of these characters are played two-fold, as the performer and the character.  For instance, Zac Efron plays actor Dan Janjigian, as well as his character in The Room, Chris R. Jackie Weaver plays Carolyn Minnott and Claudette, Lisa’s mother. Josh Hutcherson plays Philip Haldiman and Denny, Wiseau’s young ward in the film. All these actors play themselves, playing an actor, playing a character.

Because of this layering of reality and fiction, much of the humor relies upon previous knowledge of the The Room and Wiseau as a cult figure. The comedic highlights of The Disaster Artist echo moments from The Room: Tommy and Greg passing the football, Tommy driving around in the Mercedes from the film, and even just having a conversation on a roof. Franco is playing with the biopic trope of the artist finding inspiration in real life, but he handles these references in an over-the-top fashion. These references to lines and scenes from the film are not narratively motivated, and are purposefully jarring, clear asides for fans of The Room.

The majority of The Disaster Artist may be lost on those with little knowledge of The Room. There are funny moments that do not call back to the source material, but the backbone of the film and its comedy is based on a separate text. Taken on its own merits, The Disaster Artist is simply Franco comically hamming it up with his friends, but it’s best seen as a supplement to The Room and its backstory. Taken as that, it’s a hilarious master class in self-reference, as well as an affectionate and reverential tribute to Tommy Wiseau and his mad creation. 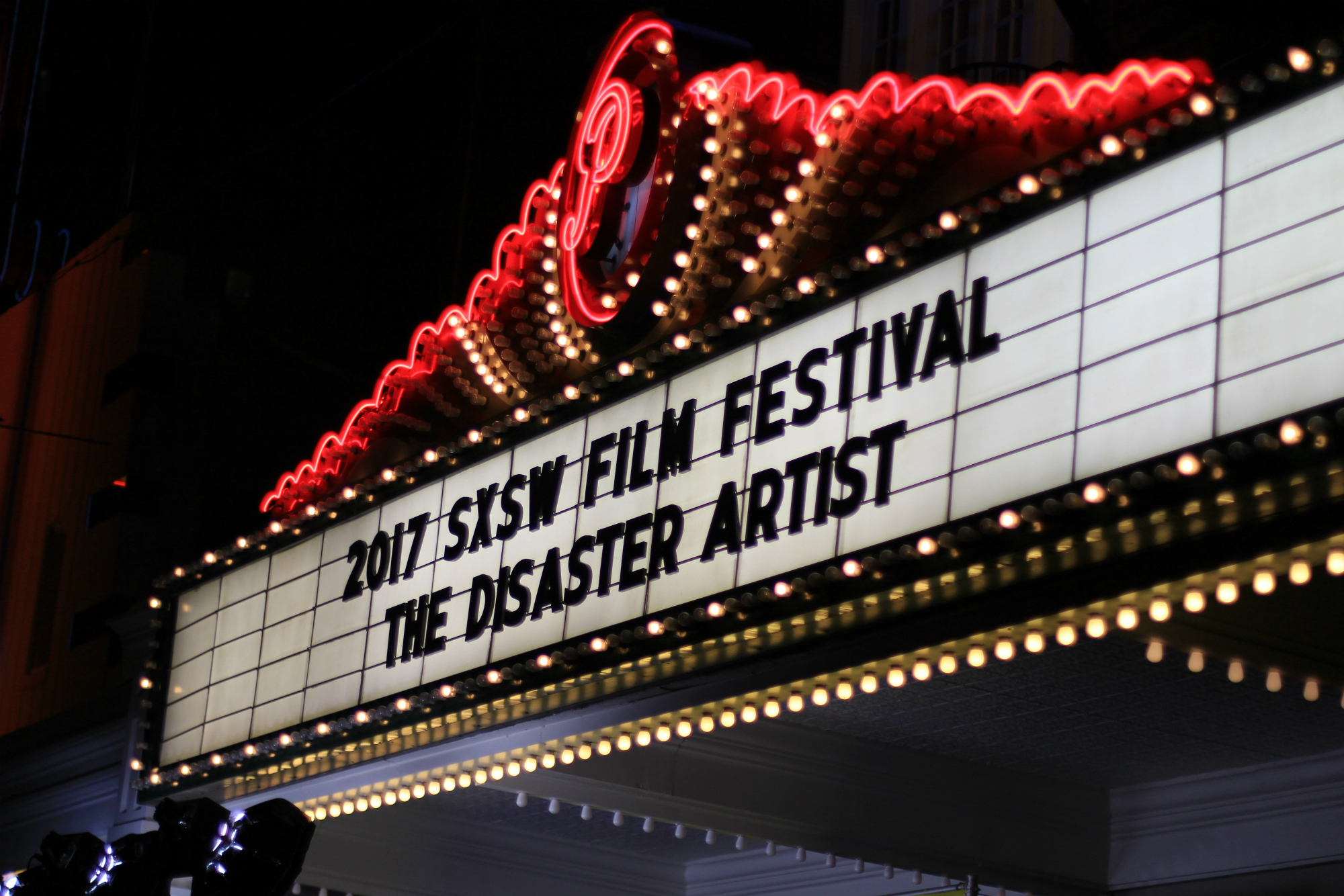 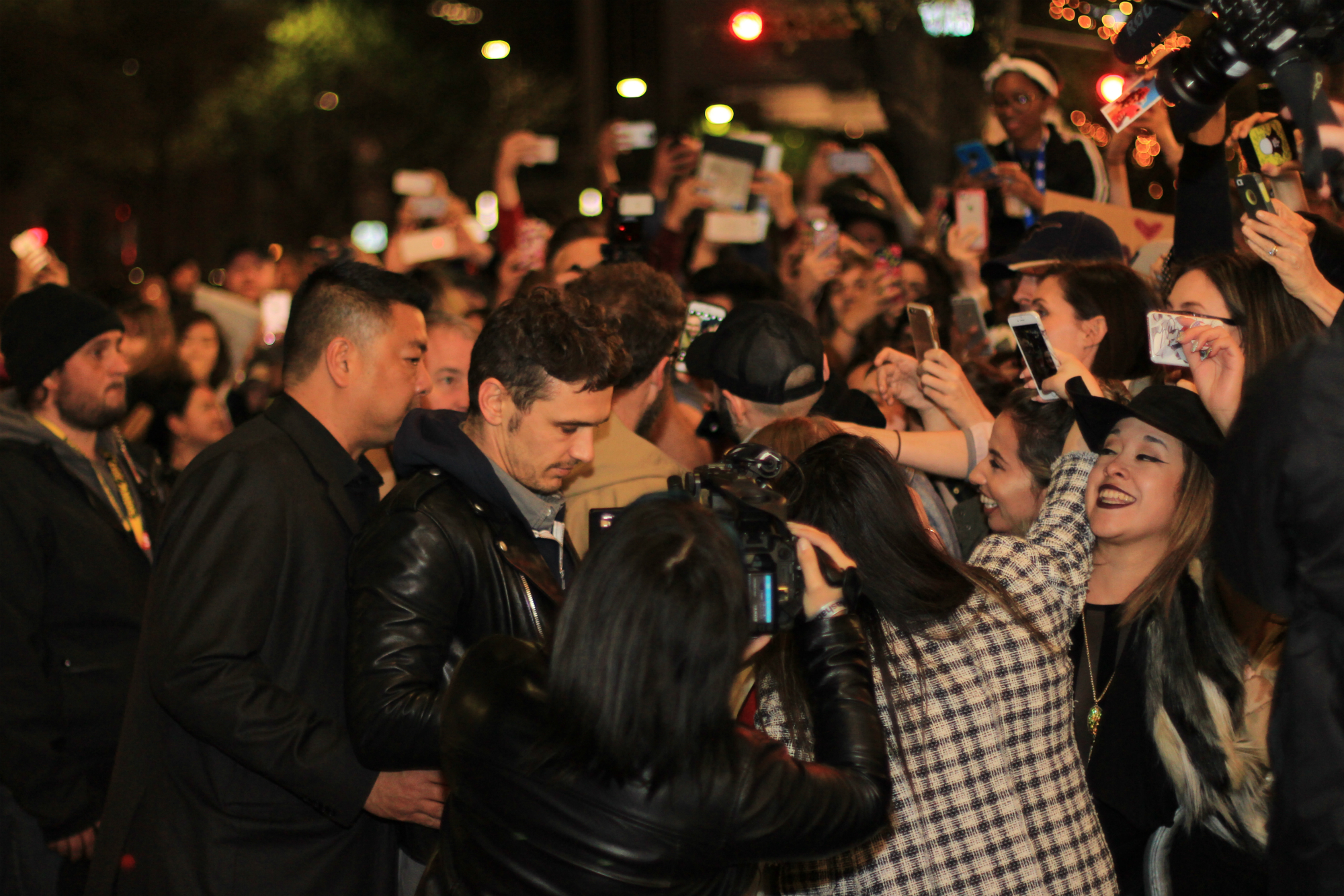 Cast and Crew // The Disaster Artist // Photo by Heather Kaplan 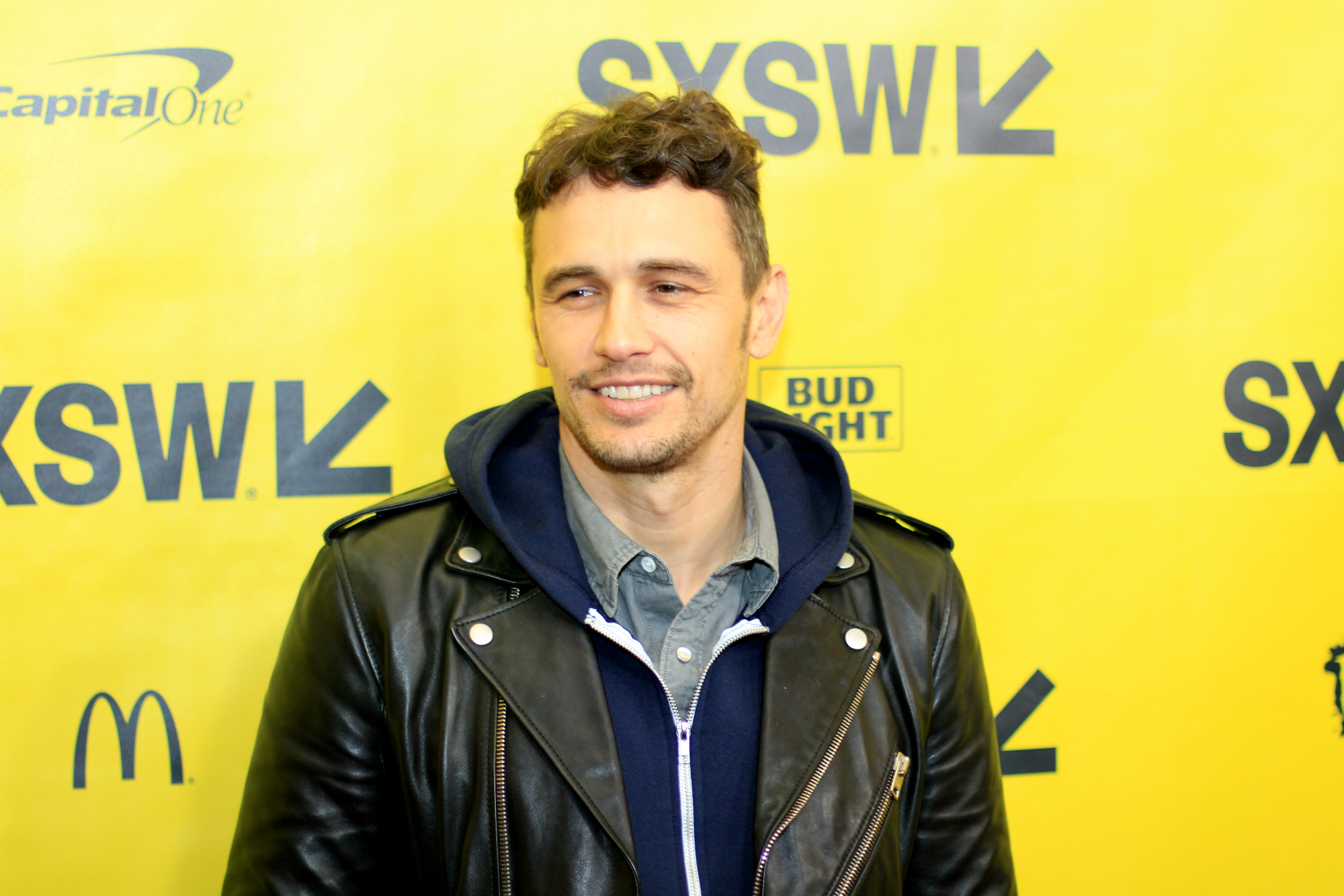 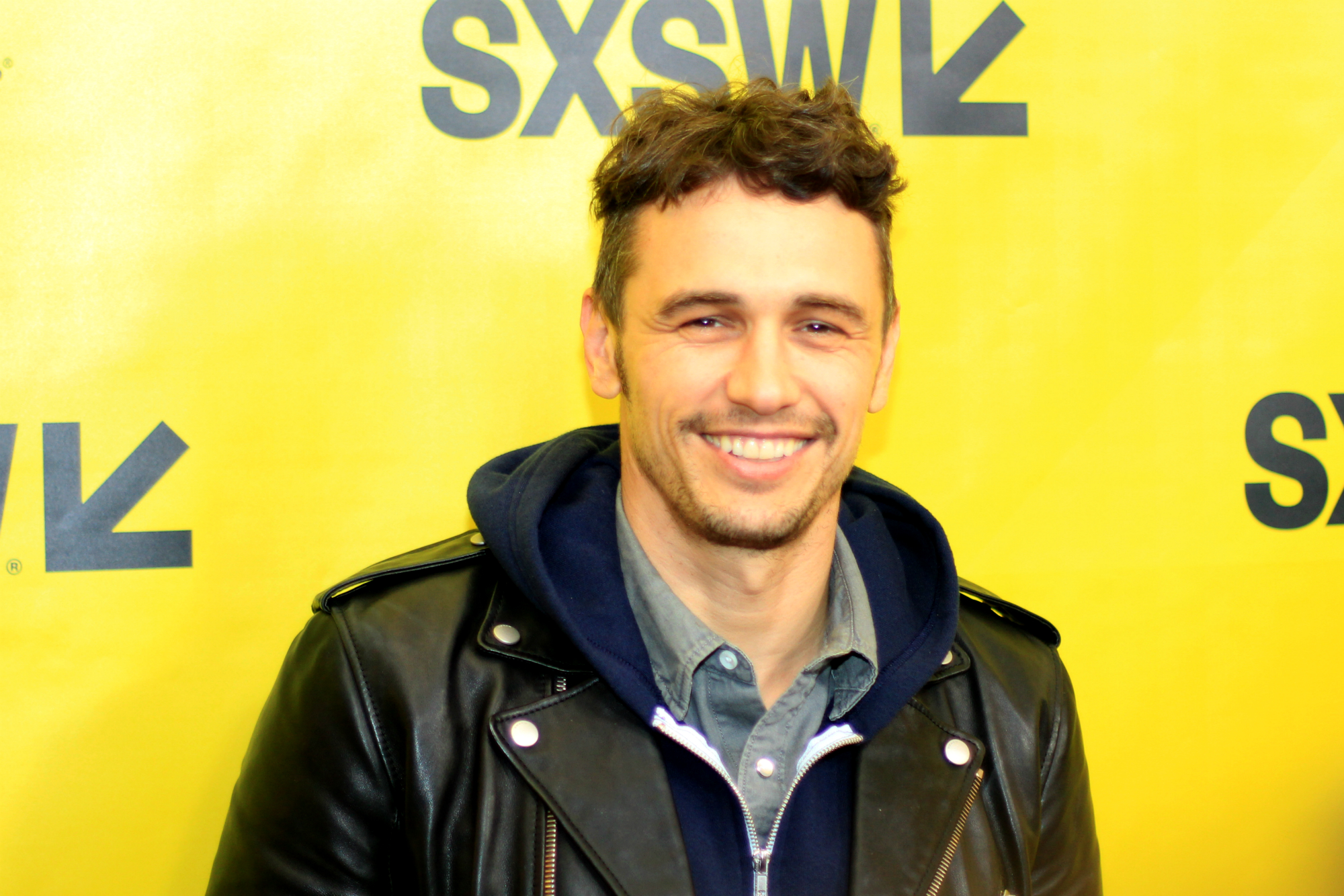 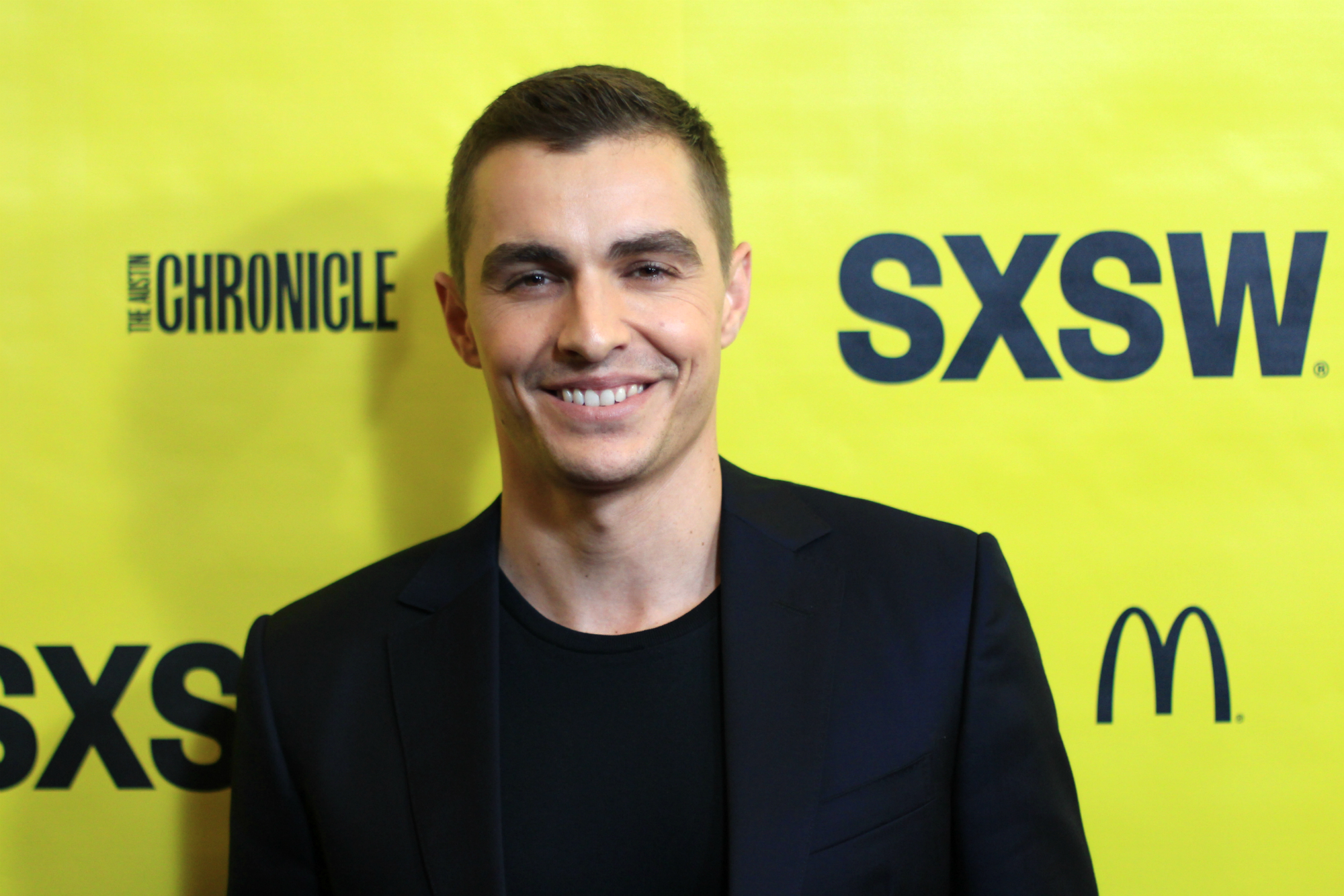 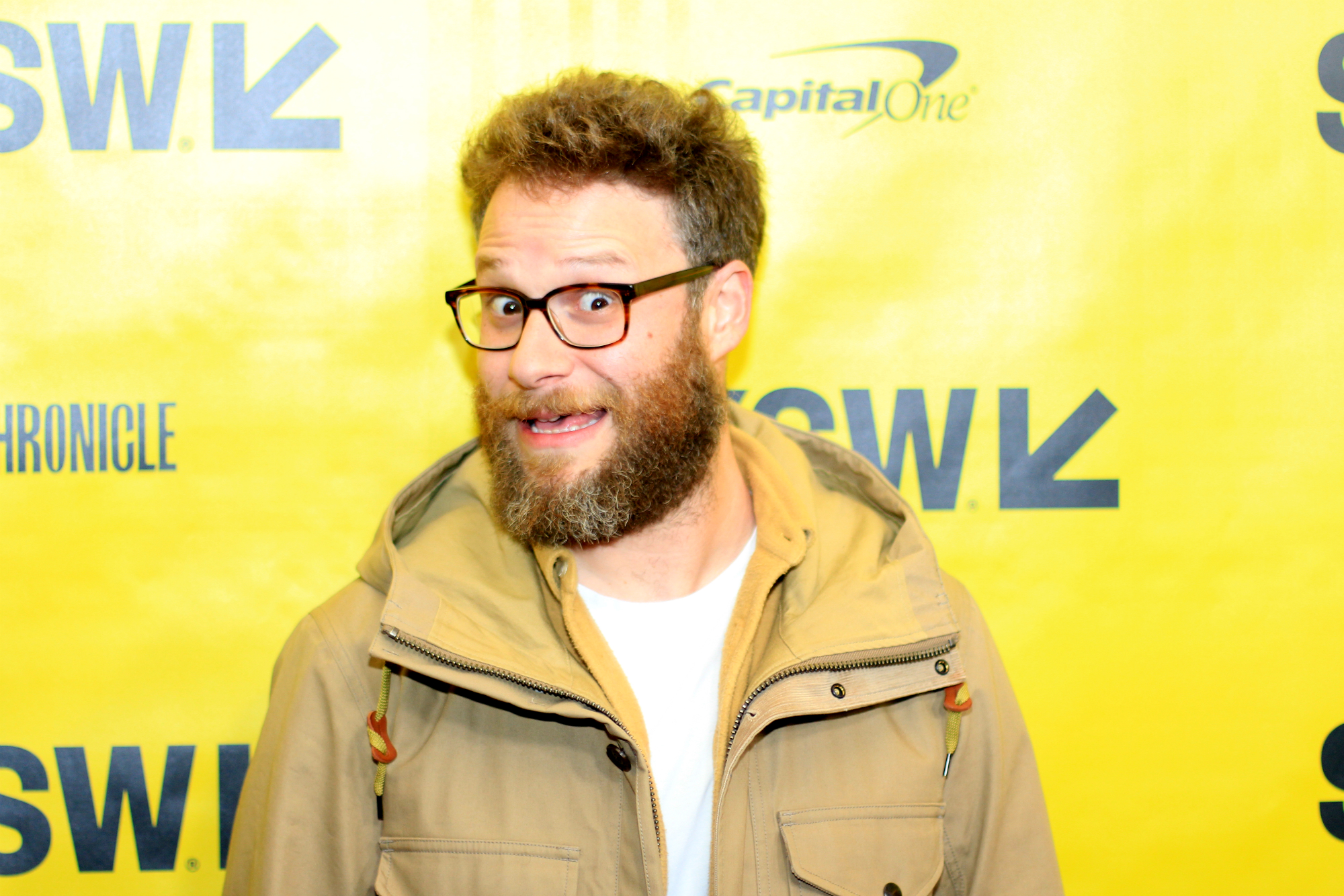 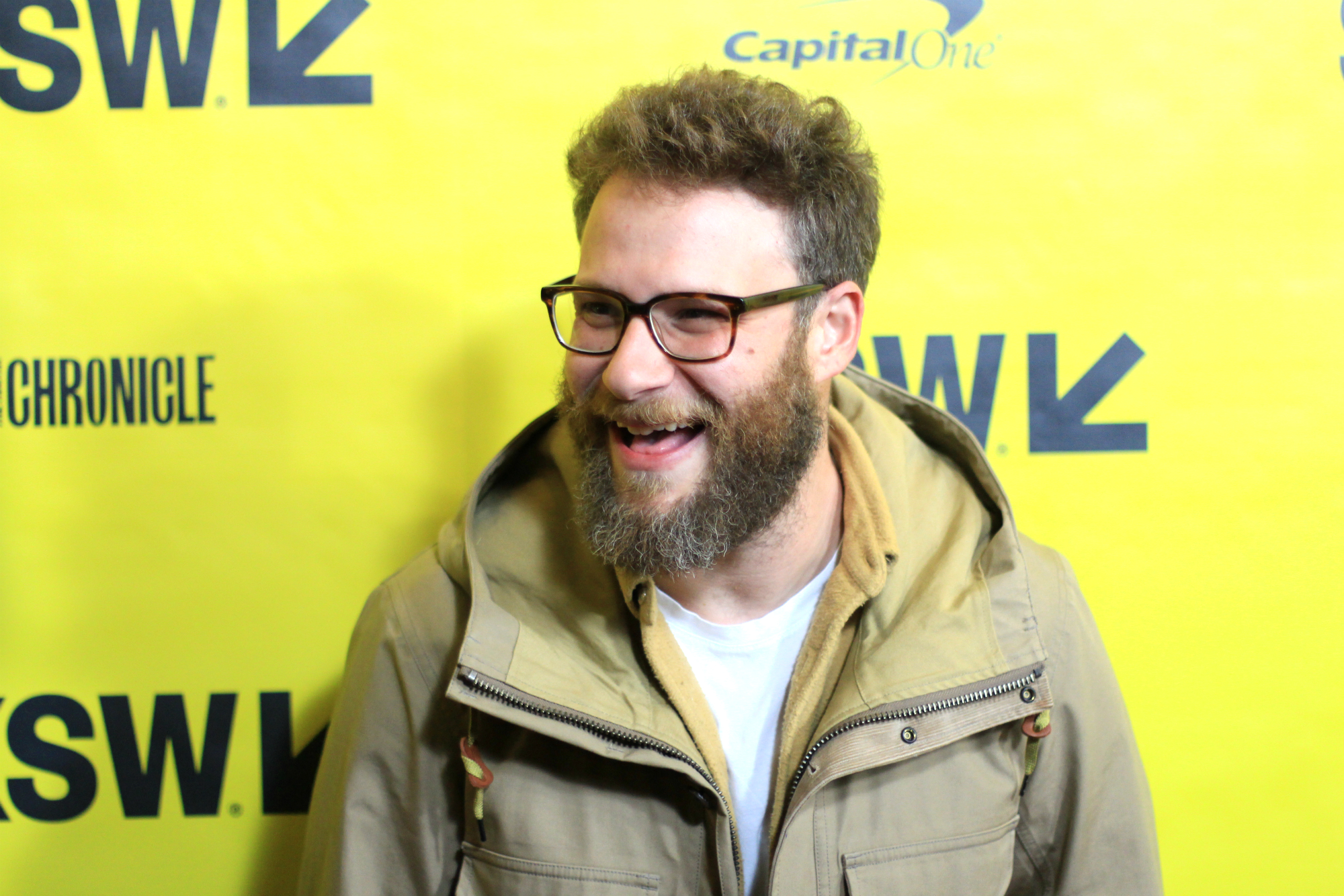 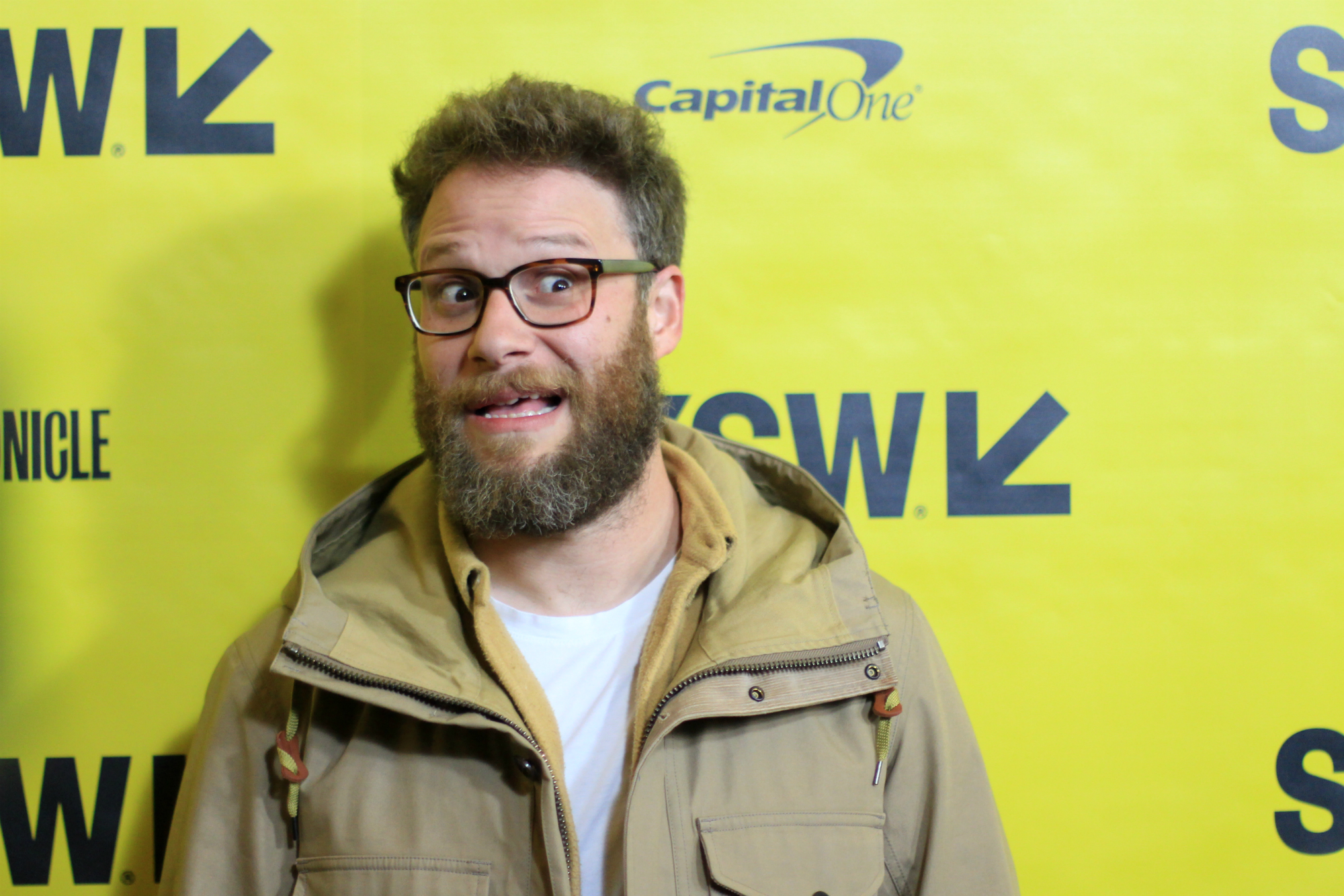 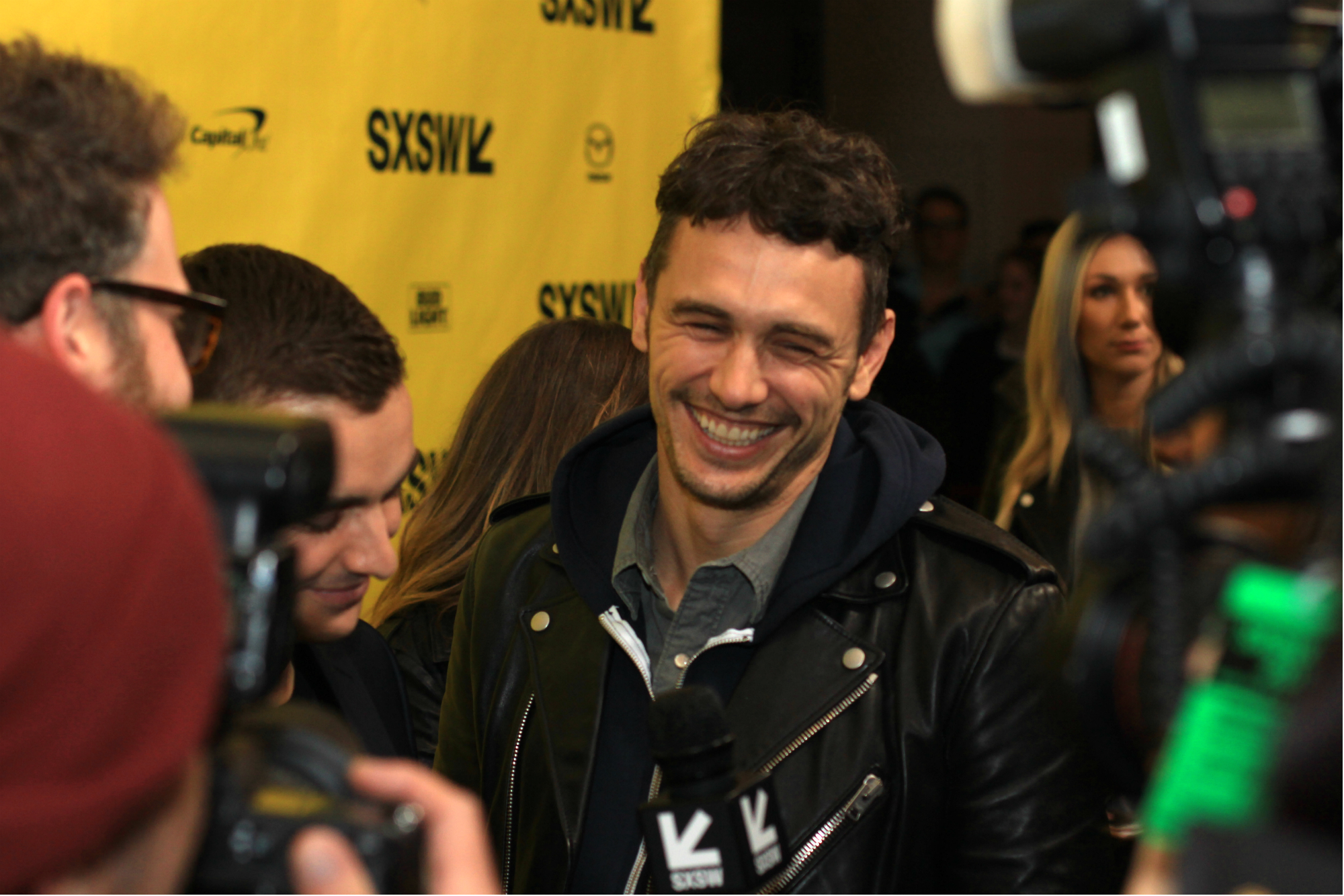 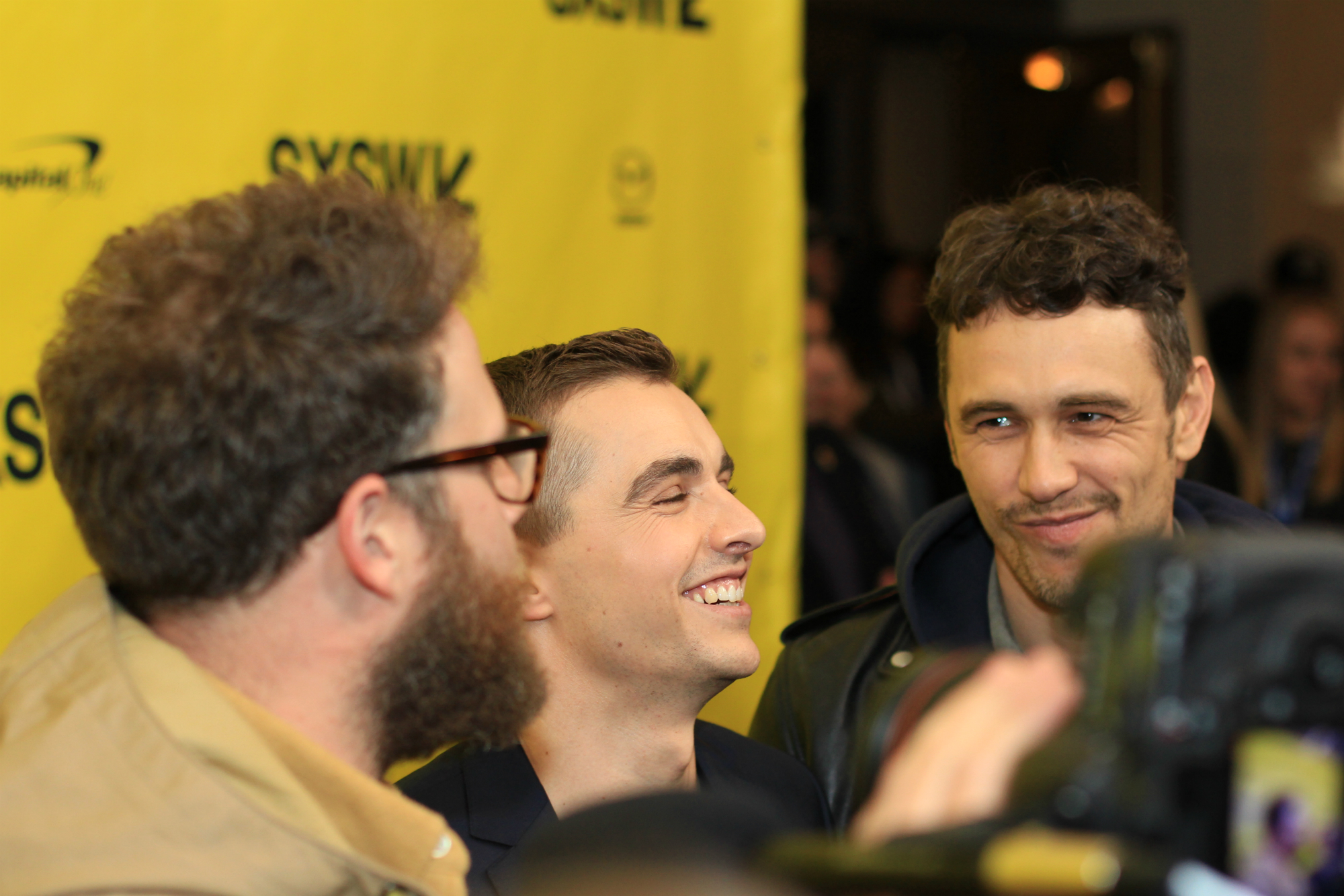 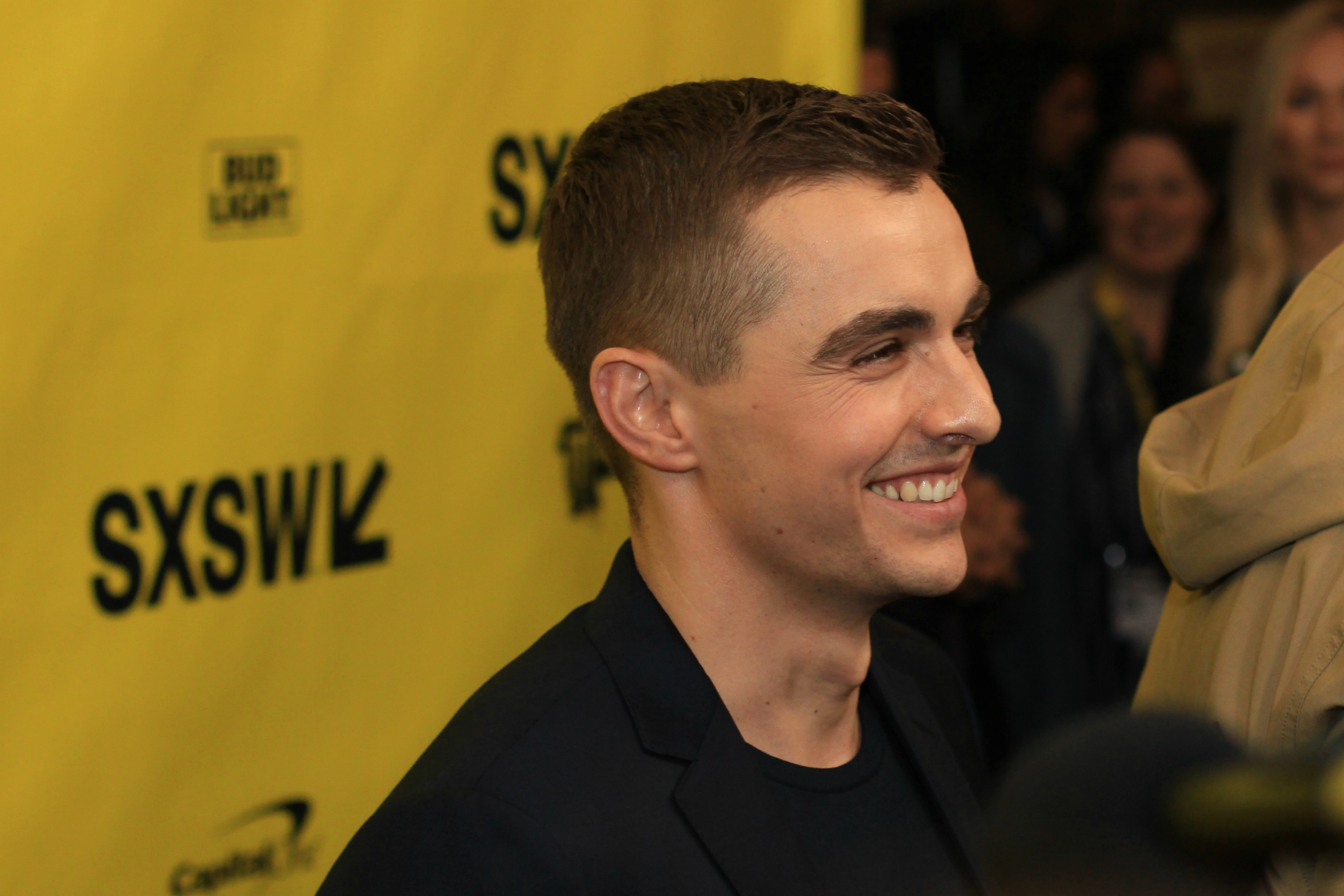 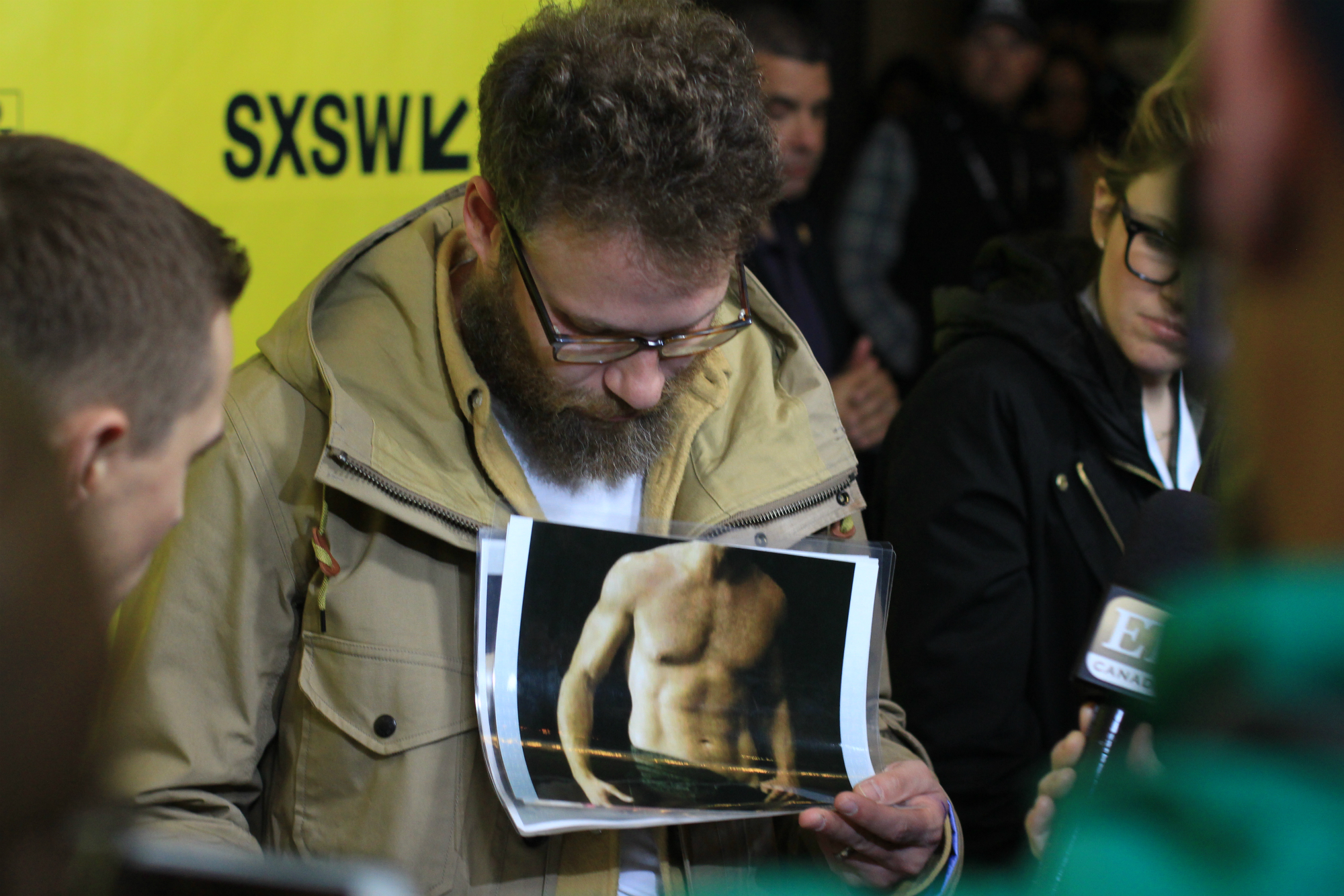 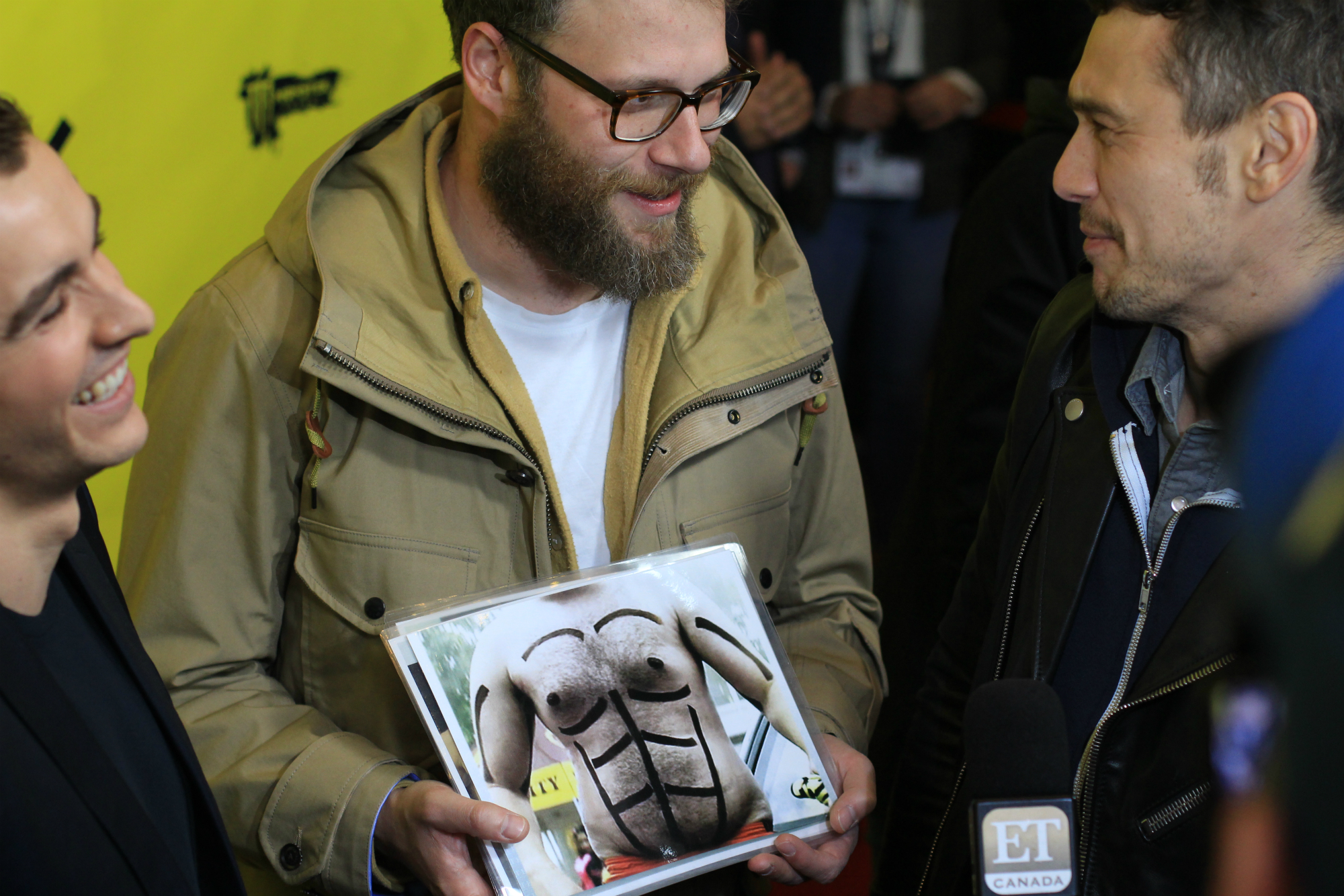