“Played it so nonchalant/ It’s time we danced with the truth.”

Upon the release of her first single, the inimitable and deliciously inescapable “Royals”, New Zealand pop sensation Lorde was heralded for being timeless. The words “old soul” may as well have been rubber-stamped onto her passport, “quirky” branded on the back of her hand. The young superstar born Ella Yelich-O’Connor was only 16 at the release of her debut, 2013’s Pure Heroine, but the record didn’t have the raw youth of other pop vocalists of her age. There was something deeper, more introspective, more self-aware, and more experienced.

In some regard, Pure Heroine still feels like a mystic oddity, namely because the album captures the essence of youth — of not fitting in and existing on the fringe — while also offering a portrait of a pop artist who’s fully formed. Lorde connected to universalities from an incredibly specific viewpoint; the feelings were eerily similar, even when the experiences were distant. Her ascent felt like getting inside the head of someone who had lived inside her own head for so long that she’d crafted a well-appointed office in the recesses.

But more to the point, the album excelled because Lorde clearly had the chutzpah to back it up, the personality that rewarded closer examination. She was, then, an essential unknown outside of New Zealand, but carried an album entirely of her own writing to the top of international pop charts. She was just a teenager, but still capable of slapping down sexism. Which is why the question on every critics’ minds then became, what would happen when Lorde actually matured, both as a person and a songwriter. 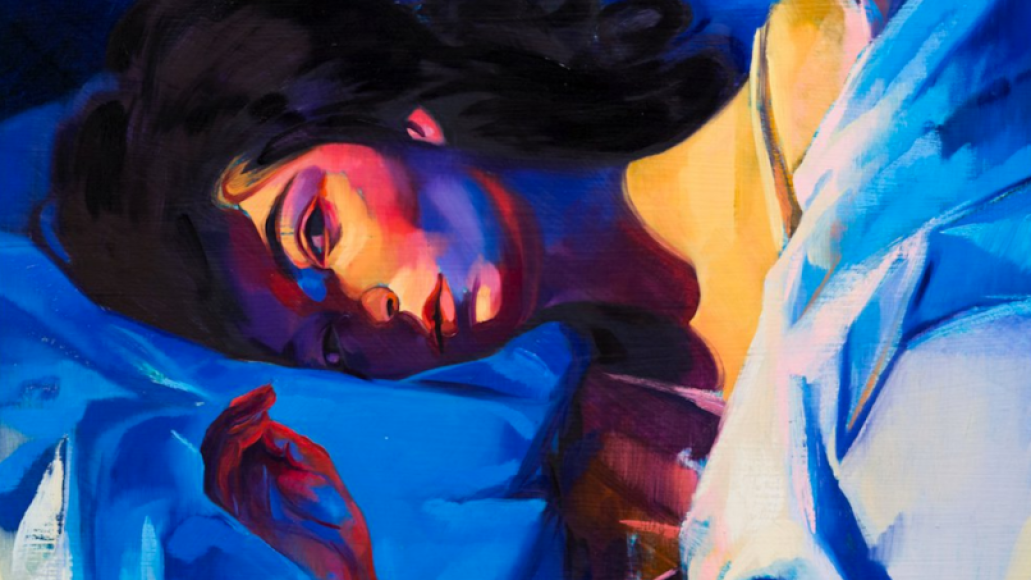 Now, the idea of chalking Lorde up as an old soul or smiling at her quirky sensibilities feels dismissive of her unparalleled agency, which is a key strength to her exceptional followup. Look no further than her infectious lead single “Green Light”. The song draws from what she’s called her “first major heartbreak,” an experience that sets the tone for the album as a whole. Rather than be weighed down by pain, though, Lorde saw the larger poetic worth, the depth of the experience — turning a grainy pixel of memory into a living, breathing flashback.

Whereas Pure Heroine detached from and commented on the teen drama, Melodrama immediately finds Lorde at the center of the action, just raring to have the memories fade and to start moving ahead. From there, she and a partner are the “king and queen of the weekend” (as told on “Sober”), where she admits to having played nonchalant in the past, but now opts to take action in the present. It’s important to remember here that not only did she write or co-write all of the lyrics and music, she also co-produced every track alongside Producer of the Year Jack Antonoff.

That’s not to say she isn’t still quirky, it’s just that those quirks are the product of an incredible vision and work ethic. Sure, she may have taken some time to review onion rings, but the four years between records were full of thinking, writing, rewriting, and recording, sometimes in isolation in her home country, sometimes in crowded New York subway car, and sometimes at Antonoff and Lena Dunham’s kitchen table.

What’s at the heart of Melodrama is a mirror showing the best of young adulthood back to itself, even in the midst of the pains and hassles surrounding it. At a time when we’re all focused on how hard it will be to find a better future, Lorde showcases the beautiful fragility still alive in this mellifluous world. Because we’re so beset by chaos, our link to nostalgia isn’t as simple and potent as it once was in years prior. That thread can slowly fray as we age, as the “real world” imposes its will. But rather than dive deeper into an idealized past, Lorde embraces the complications of a present, one informed by the past and looking eagerly at the future.

Humans right now are starving for love, support, and community. That drive is essential for Melodrama as well, having bubbled over in her romance and heartbreak in the last few years. Moreover, she’s shown an eagerness to function and interact on the world’s political and social stage, whether via choosing Run the Jewels as opener or actively entering the debate of performing in Israel and being open in her decision-making. She spoke up against violence and hatred when other pop stars may have kept on promoting their album.

Even so, Melodrama doesn’t provide any protest songs or involve itself in any political grandstanding. The conflicts and struggles are of the intensely personal nature; Lorde explores the relationship between the fragile ego, the demands of love, and the little spirals of care that become the cogs of relationships of all sorts. She doesn’t shy away from contradiction or duality either, exploring the empowerment of being alone while feeling loneliness like an ache, reaching out while also regenerating from the core.

Not coincidentally, her performances over the year share that same span, mashing intense highs and lows into one deeply personal blend. A spray of flowers haloed her body for “Perfect Places” on Fallon, but, of course, those blooms needed to fall by the end of the song. Her Lollapalooza set began transcendentally, but was quickly shut down due to thunder and lightning as powerful as her voice. She battled through a bad case of the flu during her VMA performance of “Homemade Dynamite”, but she was aided by an IV and some interpretive dancing over any singing. In these and more, she reached places few others could dream of, but without the pretense of perfection.

Contributing to the conversation of the year in any meaningful way meant being bombarded by and buried within it to some degree. But Lorde didn’t rush into the year headlong, didn’t force a followup to immediately sate the crowds hungering for more after Pure Heroine. Instead, Melodrama leaps out of that quagmire and takes a remote perspective built of years of thoughtful, intensive, intelligent work — a flurry of activity to be sure, but one undertaken with real care. Through this approach, both Lorde and her listeners can dive in fully and eagerly, ready to complete the work which our time demands from each and every one of us.

Artist of the Year Lorde Embraces the Melodrama of Her Moment