The Sunday Matinee takes a look at a classic or beloved film each weekend. This week, Editor in Chief Michael Roffman looks back on the 20th anniversaries of James Cameron’s Titanic and Wes Craven’s Scream 2, waxing nostalgic about two major on-screen deaths that sent his 13-year-old self into a major depression. It’s kind of sad.

Back in December 1997, there were only two people that mattered to 13-year-old me: Leonardo DiCaprio and Jamie Kennedy’s Randy Meeks. Now, before you jump to the comments and lambast me with insults, hear me out for a second. To fully understand why I was so down in the dumps that holiday season, we have to dial things back a year.

You see, around December 1996, two major pop-cultural events happened. The first was DiCaprio, who was coming off of William Shakespeare’s Romeo + Juliet, Baz Luhrmann’s flashy adaptation that set my generation ablaze. The second was Scream, Wes Craven’s brilliant subversion of the horror movie genre that gave this geek a hero in Randy Meeks. 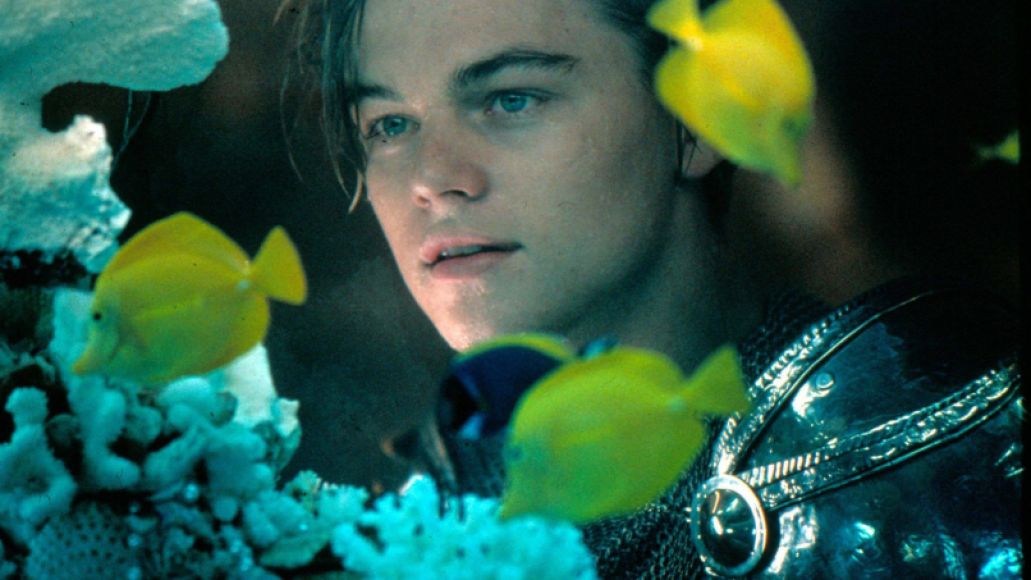 To say I listened to the Romeo + Juliet soundtrack everyday is an understatement; I lived, breathed, and obsessed over every song. I’d go to school singing “Young Hearts Run Free”, I daydreamed about girls to the sounds of Gavin Friday, and I’d steal smokes from my mom to look like DiCaprio as I slummed it in the graveyard with Radiohead.

Meanwhile, I was living at Blockbuster Video, cleaning up the horror aisle and cataloging hours with filth like Sleepaway Camp and Happy Birthday to Me. I wanted to be Randy Meeks so bad. His manic personality spoke to me. I even started a horror newsletter on AOL, publishing op-eds and stories every week with a bloodthirsty fever. 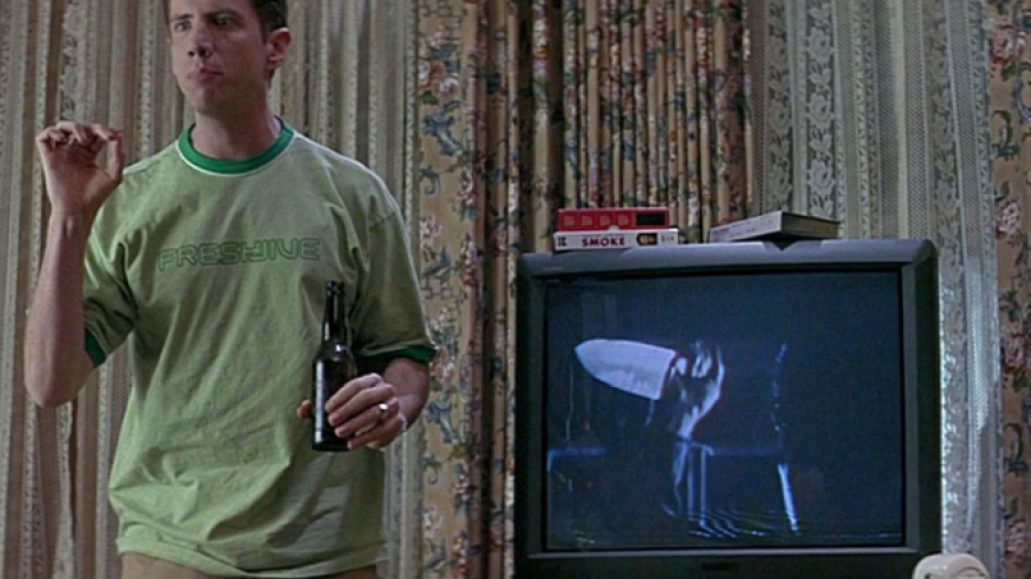 So, when Scream 2 came around that December, I was actually losing sleep. The fact that Dimension Films was leaning hard upon Randy to sell the film (um, you do remember the rules of a sequel, right?) only exacerbated the hype. Even better, no one really had any clue what to expect, and trust me, I spent every waking hour surfing horror boards.

But, I was also thrilled for Titanic. Not only did it have my boy DiCaprio front and center, but it was also the work of James Cameron, who was essentially my babysitter growing up, thanks to taped copies of The Terminator, The Abyss, and Aliens. “It’s going to be the greatest Christmas break,” I repeatedly told myself, my friends, my brother.

First up, Scream 2. Naturally, I was there opening night — along with CoS Art Director Cap Blackard — and, naturally, I lost my shit when Randy was pulled into the van and gutted to the sounds of Kottonmouth Kings. I vividly remember shouting at the screen, kicking my seat, and tossing my popcorn. I couldn’t believe it. I couldn’t believe they killed Randy.

I wasn’t alone. Cap was distraught, but so were the dozens of users that I had become friends with over that year on the message boards, all of whom wouldn’t stop publishing the same thread that essentially read: “NOOOO!!! HE CAN’T BE DEAD!!1!” For a gaggle of gorehounds, we sure were a bunch of sad sacks, but we needed to grieve. 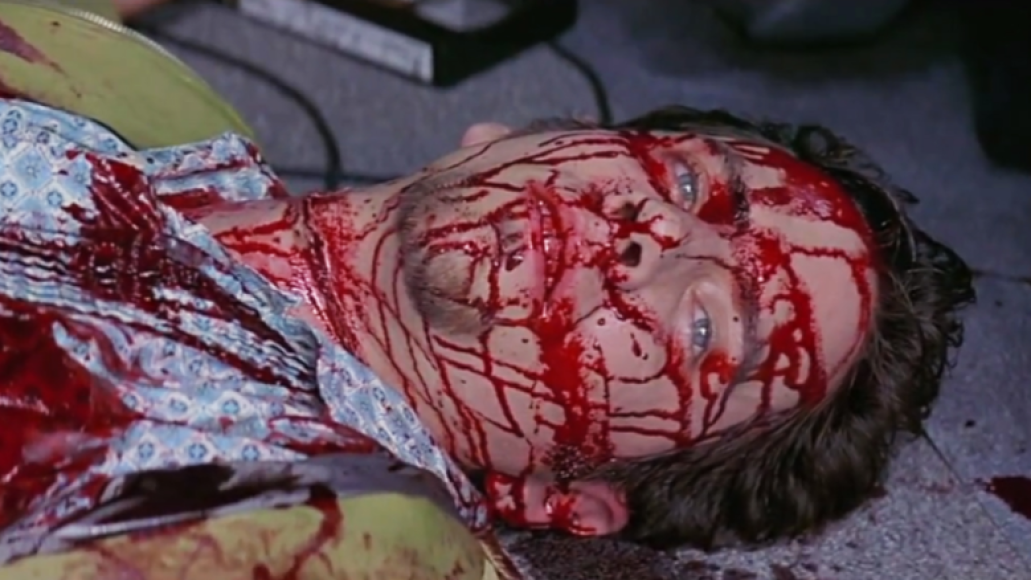 Killing Randy felt like a betrayal. Even though it elevated the film’s tension considerably — something I’ve come to accept decades later, begrudgingly — it felt like a snub to all the horror freaks who were slavishly devoted to the series. For me, it felt like a personal attack, as if everything I had come to fantasize over was as taboo as sex or drugs.

Then came Titanic. Now, this death is admittedly a little more personal. To me, DiCaprio was the epitome of cool, which might not have been the case for every young male back in ’97. Instead, he was a hunk to girls across the world, and to be fair, I was also in love with him. I still am. There’s something about DiCaprio that’s simply magical.

Now that we’ve got that order of business out of the way, let’s address his icy death in Titanic. Look, it’s not happenstance that people are still debating whether or not Rose (Kate Winslet) could have afforded him more room to get on that fucking floating door. She totally could have, and they only tried once. Yes, it’s tantalizing as hell … it still is.

But, DiCaprio had to die in order for the movie to work. This story wasn’t about Jack Dawson, but about Rose, a young woman trapped by class and metaphorically handcuffed to one of the sexiest human beings ever. If Jack lived, there would be nothing at stake, and Bill Paxton might as well have just grabbed the diamond from Gloria Stuart. 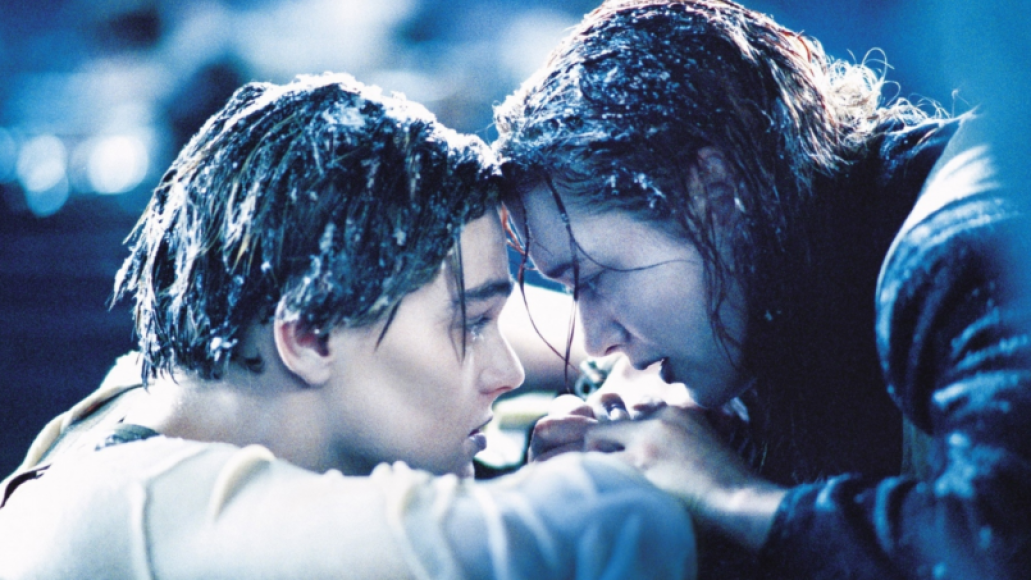 Don’t tell that to my 13-year-old self. A week after Craven wrenched Randy away from him, he had to watch his beloved babysitter do the same to DiCaprio, whose watery death was essentially the last straw. Even today I can see myself sitting in the aisle of the now-defunct Galleria Cinemas, crying out in public like a complete doofus. Grow up, Mike.

At the time, though, it was like everything I loved had been cruelly stripped away. Sure, there was reality waiting for me outside the theater, but having to watch two of my favorite people in pop culture experience such epic deaths was … it was too much. Which raises the question, “Why? Why did this hit me so hard?” Truth be told, it was reality.

But December is also a strange time. Yeah, it’s traditionally a happy month, but it’s also the end of a calendar year, which affords all kinds of reflection. And as a 13-year-old who was experiencing drastic changes on multiple levels — emotionally, physically, and mentally — December 1997 was a completely transformative experience. It was a jolt.

Those two deaths were essentially the tip-off to an era of grief I needed to experience. For too long, I was escaping into pop culture, refusing to acknowledge certain realities that were building up around me. By losing Meeks and Dawson, I was losing the wall that had protected me from things that were just too much to handle at my age.

Of course, that doesn’t exactly explain why anyone else would be so affected by these deaths. But perhaps they, too, were dealing with some kind of personal drama. Or maybe it’s as simple as the idea that death is hard to swallow, even if it’s with fictional characters touting 90-minute half-lives. Bottom line: We don’t want to lose who or what we love.

Between Randy Meeks and Jack Dawson, December 1997 Was Fucking Rough for Geeky Teens Like Me