Carolina Rebellion has revealed its 2018 lineup. The three-day music festival goes down May 4th-6th at the Rock City Campgrounds at Charlotte Motor Speedway in Charlotte, North Carolina.

Topping the bill is Muse in what is their first announced and only American festival performance of 2018. Other notable acts include Queens of the Stone Age, Alice in Chains, Stone Temple Pilots, Incubus, Billy Idol, Baroness, Quicksand, The Sword, Code Orange, and Red Fang. 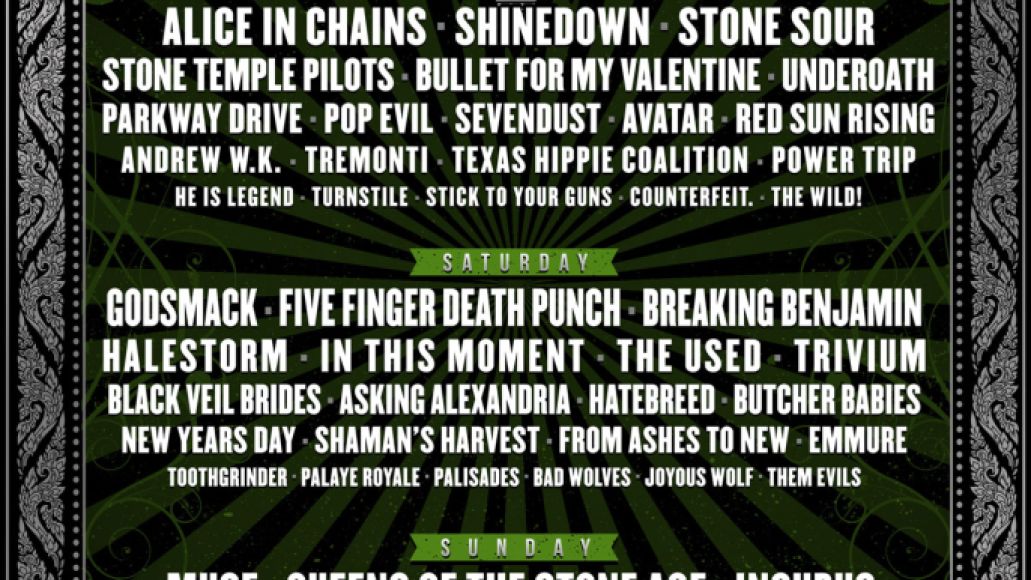