Just in time for tomorrow’s premiere of Top Chef’s 15th season, Feist has announced the release of her own cookbook, Pleasures: The Meals Of An Album, which she describes as a companion to her latest studio album, Pleasure. It was written in conjunction with Adrienne Amato, who served as the chef during the album’s recording sessions.

The cookbook’s focus seems to be on creating communal meals for family and friends, as its more than 40 recipes were shared by Feist and her collaborators across the 11 days they spent in the studio. All the recipes are vegetarian, and organized on a “song-by-song, day-by-day basis of what Amato made while the band was recording.”

“The making of an album is a communal process on many levels,” Feist says in a press release, “and that extended to the community of the kitchen while we were recording. We hope this book will embolden you to expand your repertoire, stock up on simple staples and invite friends into your kitchen to cook some of these meals with them.”

A portion of the proceeds will benefit Community Food Centres Canada, a nonprofit that builds food-focused community spaces in low-income communities.

Can we get Feist on Chopped now?

See the cookbook’s cover below. 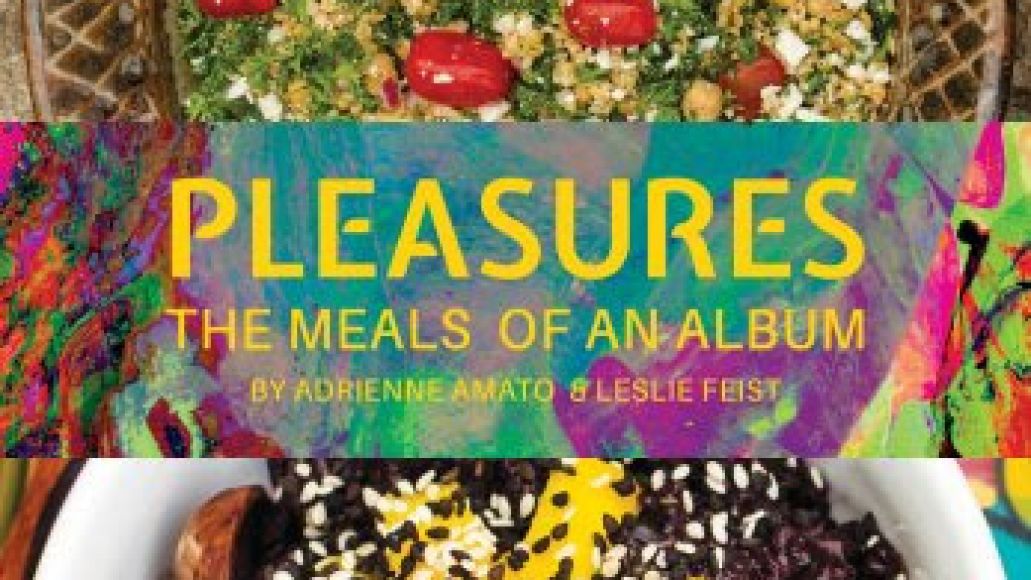 Feist announces Pleasures: The Meals Of An Album, a cookbook companion to her most recent album