Bob Weir and Phil Lesh have performed together in many configurations since co-founding Grateful Dead in 1965. Next year, however, they’ll tour as a duo for the very first time.

Dubbed the “Bobby and Phil Tour,” the six-date, three-city concert series will see Weir and Lesh delivering their first-ever performances as a pair sans a backing band. Each night will feature two sets, one acoustic and one electric, of classic Grateful Dead songs as well as “additional musical surprises.” The shows, which come in celebration of the 40th-anniversary of the Dead’s 1977 classic Terrapin Station, are set for March in Boston, Chicago, and New York.

“Playing with Bob always brings me great joy,” Lesh said in a statement. “The intuitive playing that we have developed over five decades of creating music together always leads to new realms of musical experience, something that I find especially exciting, and I think that fans of our music will enjoy this new format as much as I do.”

A verified fan pre-sale is now ongoing available, with ticket options including single- and two-night “Enhanced Experience VIP” packages as well as travel packages that include lodging. Those tickets are available here, with more info at the duo’s official website. Public on-sale begins December 15th at 10:00 AM local time via Ticketmaster.

Find the complete itinerary below. Prior to the outing, Weir has a few shows scheduled with Dead and Company, his Grateful Dead offshoot with Mickey Hart, Bill Kreutzmann, and John Mayer. 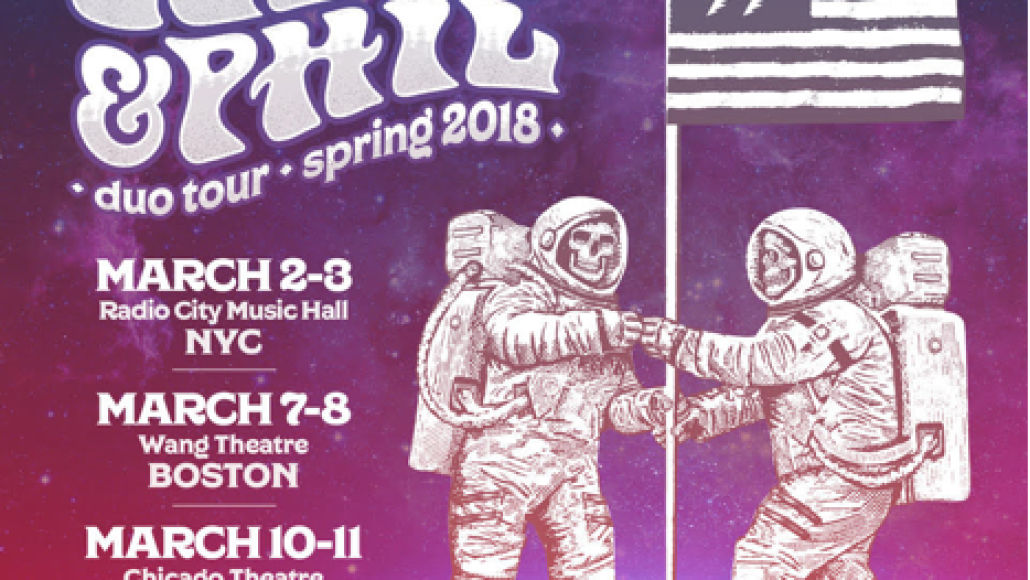