We won’t know until late January who this year’s Best Actress noms will be, but speculation is well underway. Frances McDormand, who stars as the foul-mouthed, no-nonsense Mildred Hayes in last month’s Three Billboards Outside Ebbing, Missouri, seems like a shoo-in. But McDormand’s take at a grieving Midwestern mother is not the only gritty character that’s caught critics’ attention. Margot Robbie is lacing up as the infamous ‘90s figure skater Tonya Harding for Craig Gillespie’s dark-humored I, Tonya, out this week in the US.

I’m just old enough to remember Harding’s pouty face on the cover of literally every magazine after she choked at the ’94 Olympics, just six weeks after she may or may not have had a part in attacking fellow skater Nancy Kerrigan. But Gillepsie’s Tonya isn’t pitiable — she’s a badass. Much in the vein of Three Billboards’ Mildred Hayes, her lack of classical refinement in the face of stuffy institutions and prissy opponents is exactly why she’s so awesome (and hilarious). Tonya’s back, and in Robbie’s deft hands, she’s not taking your shit this time.

But why, one must ask, is this narrative worth revisiting? 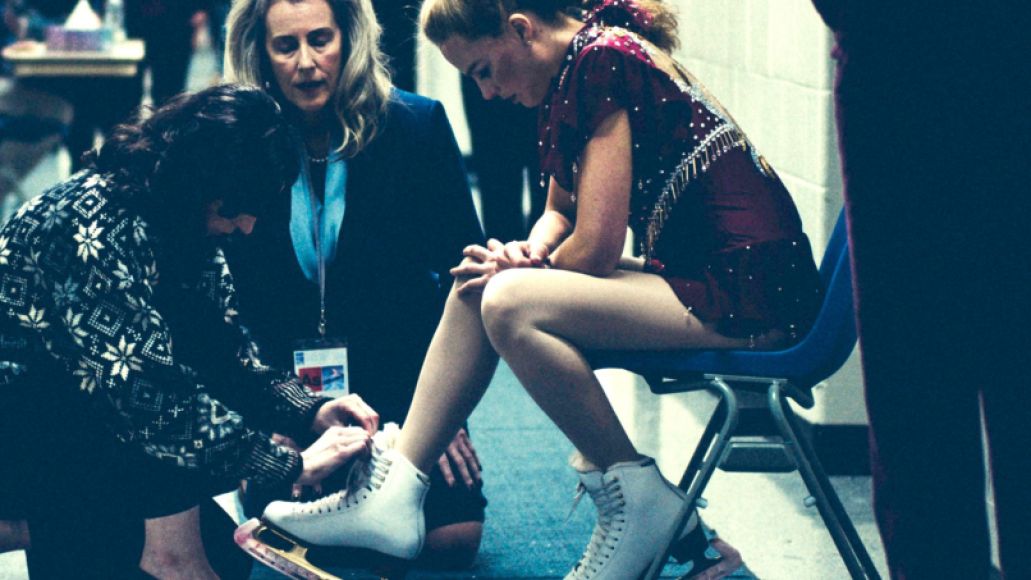 If you‘re younger than 30, the details surrounding the Harding/Kerrigan scandal might be a little fuzzy. Here’s the story in a nutshell: In 1994, the top two women skaters in the U.S. Figure Skating Championships would move on to represent the United States at the Winter Olympics in Norway. Going into competition, the representatives were not necessarily clear. Nancy Kerrigan was a favorite, sure, but at least part of her appeal was that Kerrigan just looked like Olympic gold. In person, she came across as refined: Network TV showed the Kerrigans seated around a table drinking some good ol’ wholesome milk. On the ice, announcers praised her perfect lines and graceful poise. She was the sort of friendly face that could sell Campbell’s soup, and, as it turns out, she did.

But everyone has their own style, and neither Harding’s persona nor skating were particularly elegant. She was too rough around the edges for endorsement deals. It’s not just because she came from a broken family without a lot of money (and often made her own costumes), but Harding’s style never relied on poetry — it relied on power. She staked her claim to fame by being the first American female skater to nail the triple axel in competition, a jump she attacked with more of a Tazmanian Devil energy than the Tinkerbell fragility Japanese skater Midori Ito brought to the jump. If Harding didn’t land the jump at Nationals, her spot could’ve easily been scooped up by newcomer Michelle Kwan, who was young but maintained a consistency the other two sometimes lacked.

But Kerrigan never competed. On January 6, 1994, a man forcefully hit Kerrigan with a police baton, obviously hoping to break her knee. It quickly became obvious Harding’s camp had something to do with it — her bodyguard Shawn Eckhardt and her ex-husband Jeff Gillooly both pled guilty — but Harding’s involvement has never fully become known. 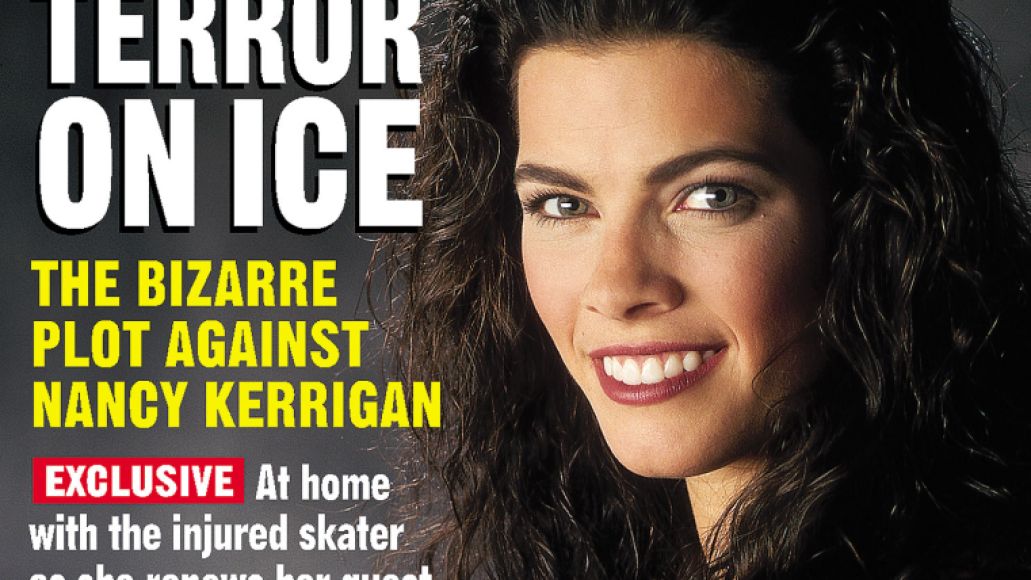 She only admitted to knowing about the attack after the fact, but she had to have something to do with it, didn’t she?

Surprisingly, I, Tonya doesn’t seem to care about the answer, and for the point of this article, I don’t either. If there’s anything we’ve learned from #MeToo, I hope it’s to pay attention to the stories we’ve long ignored. We’re good at judging women as vindictive bitches — we’ve got that territory covered, y’all — but what else is there to take away from the character of Tonya Harding?

In I, Tonya, the always brilliant Allison Janney plays Harding’s mother, LaVona Golden, an abusive, nasty woman (in the old meaning of the term) who takes a Gordon Ramsay approach to encouraging her promising daughter’s skating career. In the trailer, Janney kicks over a chair, spilling an elementary school-aged Tonya to the floor, a moment of perfect absurdist comedy — until you step back and realize it’s not absurd at all. Gillepsie may have taken some artistic licenses with Harding’s story, but not here. The real Harding was physically and mentally abused by her mother. Part of the reason she married Gilooly at 19 was just to escape the violence at home.

Maybe the point of reevaluating Harding’s story in 2017 isn’t about her relationship with Nancy Kerrigan — it’s about her relationship with the rest of the world. It’s about the systems in place that allow young women to move on from abusive parental relations to abusive spousal relationships, without thinking anything of it. “My mom hit me, and she loved me,” Harding told producers in the 2014 documentary The Price of Gold. “[Gilooly] hits me, he loves me. It’s just the way life goes.” And just like in the case of Nicole Brown Simpson, there are police documents to back up her claims. According to a March 1993 phone call to police, Gilooly slammed her head into the bathroom floor. Harding still performed that year, but her ability to nail the triple axel started to waver. She’d only earn fourth in that year’s Skate Canada International.

#MeToo is a great movement, in part, because the scale or degree of an infraction doesn’t disqualify women from sharing their stories. Women who are fondled, like the victims of Senator Al Franken, aren’t told to STFU because rape is so much worse. This rare instance of refraining from by-comparison shaming is allowing for a truly powerful moment of validation. But I’m not sure yet if we’re willing to extend that same validation to victims of physical (but nonsexual) abuse. After all, Chris Brown just released a major-label record at the end of October, and in 2015, Broadly released an article “There are 44 NFL Players Who Have Been Accused of Sexual or Physical Assault,” many of whom are still active, and all of whom are seeing more time on the field than Colin Kaepernick.

But if I can be so bold as to suggest that knocking your wife around is a degree or two worse than kneeling for the Nation Anthem, can I also suggest that the U.S. Figure Skating Association deserved our outrage in 1994 as much as the NFL deserves it today? Because there’s a reason that Harding had two creepy dudes (Eckhardt and Gillooly) at her side in every photoshoot in 1994. It’s for the same reason Lance Bass wasn’t allowed to come out as gay while a member of *NSYNC or why dozens of wives in the last centuries have smiled at the side of their political husbands as they confess to illicit affairs on live TV: optics. The USFSA didn’t want a divorcee on their Olympic squad, so they encouraged Harding to reunite, just until after the Olympics, with Gillooly. 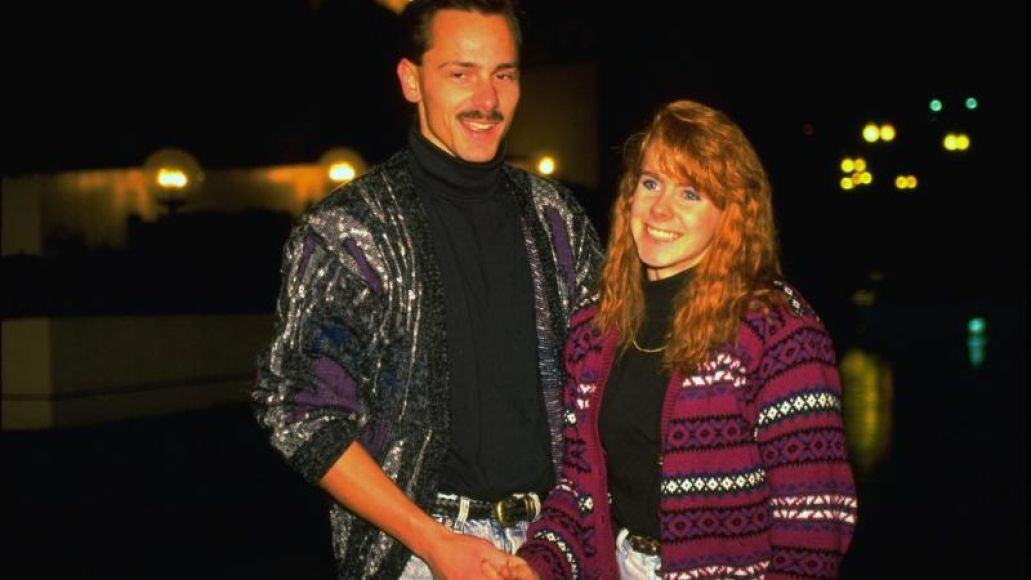 Look, who knows what happened on January 6, 1994. Harding has her theory: “When he found out (she planned to leave him after the Olympics), he came unglued … He told me he’d ruin me.” Maybe. Or perhaps, Gilooly, a blue-collared warehouse worker, saw dollar signs in potential Olympic gold and didn’t have enough faith in Harding nailing the triple axel to get there on her own. Or maybe Harding did know all along. Maybe in an act of cognitive dissonance, she plotted a woman’s assault while she was getting assaulted herself.

Even if the last suggestion is true, I’m going to make another crazy claim: Harding could have been an accessory to battery and still not deserved to be assaulted herself. We’ve spent so long demonizing women who aren’t culturally “pure” – the prostitute, the partier, the drunk. Courtney Love absorbed her own share of tabloid venom four years after Harding headlined the same rags herself. A 1998 Vanity Fair piece suggested that she and Kurt Cobain were using heroin while Love was pregnant with Frances Bean, and the media had a field day with this insight into, what the article suggested, was a present-day Sid and Nancy.

Dismissed as a junky, as white trash, as a partier, no one gave a shit about Love’s 2005 warning against Harvey Weinstein until 12 years later. After all, she was a crazy bitch … and probably killed the iconic Kurt Cobain, too.

In the past, we’ve treated women who transgress our image of classy – women who cuss, women who front grunge bands, women who are outspoken and abrasive – as archetypes. But women can both snort coke on an Upper Eastside balcony and feel worried and concerned the next morning when a friend explains what happened to her in a powerful exec’s bedroom. Women can have a wild side and still have compassion. Those truths can exist together. It’s just hard to recognize this because for so long we’ve played a zero-sum game when it comes to women’s morality: They’re either drinking milk in the Hamptons or they’re manipulative bitches capable of anything.

And even nice women are always on the edge of tipping over to the dark side, you know. Take Woody Allen’s most recent film, Wonder Wheel. Kate Winslet’s character is edging toward 40, and her insecurity about never quite making it as an actress coupled with her jealousy over a younger woman who’s catching her beau’s eye sends her into a crazed rage. Now that’s a shit story line for a lot of reasons, but one of them certainly is that dismissing women as the “crazy bitch” is played out … and harmful. That’s why no one listened to Courtney Love. That’s why it was so hard for Kesha to get out of an egregious contract. That’s why the Clinton administration was so quick to label Monica Lewinsky as a “narcissistic looney toon.” And that’s why a compassionate take on Harding’s story took 23 years. Here’s a New Year’s Resolution for you guys: In 2018, when a woman is dismissed as crazy, let’s ask ourselves who benefits from that framing.

We’re making some progress with the conversation on sexual assault, but I hope the dialogue expands to physical abuse as well. Just as more liberal voices have come to contend that a woman can both work as an escort on Monday night and not deserve to be raped while out on the town Friday night, we must also say that women who don’t fit into our image of classy — women who don’t look like Nancy Kerrigan — also deserve to not be assaulted by their boyfriends. It’s criminal that for optics the USFSA forced a 23-year-old Harding to stay with a boyfriend who was known to be physically abusive. I, Tonya, takes a comedic approach in pointing out the association’s class bias: They nagged her for her homemade outfits. They wished she had whiter teeth and straighter hair. They’d prefer if her mom hadn’t had seven different husbands. Fine, they can be a pretentious bunch. Some people are. But I’ll say it: Turning a blind eye to physical abuse is wrong.

I hope those are the sort of statements women — and film — continue to feel empowered to make in 2018.

In the Era of #MeToo, It's Time We Reevaluate All Those '90s Tabloid Stories