Radiohead clearly aren’t much concerned with their nomination for the Rock and Roll Hall of Fame. Members of the band have said they flatly “don’t care” and they “don’t understand it,” so it’s no surprise they scheduled a show on the same night as the induction ceremony. It turns out fans don’t really care if their favorite band gets into the Hall, either, as Radiohead made a pitiful 12th place showing in the Class of 2018 Fan Vote.

Each of the top five fan-voted bands will receive an extra ballot in the final, official count. Over 900 ballots will be counted ahead of the announcement of the inductees on Wednesday, December 13th. As Blabbermouth notes, every artist who’s topped the fan vote since its inception has gotten in, so go ahead and draft those “Congrats, Bon Jovi” tweets now.

The Rock and Roll Hall of Fame induction ceremony will be held in Cleveland on April 14th. Find the full fan results below. 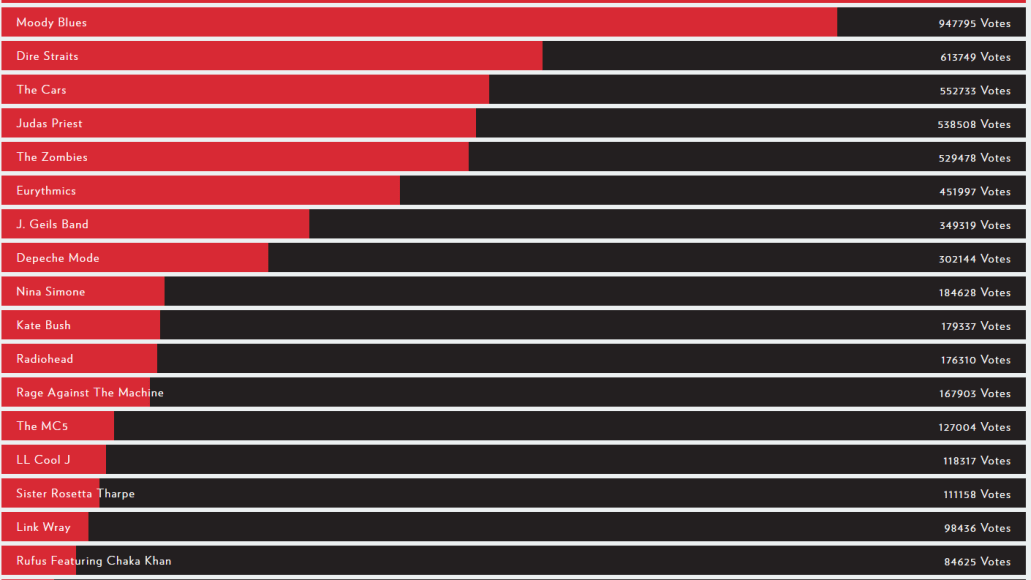