“Every day, once a day, give yourself a present,” Special Agent Dale Cooper (Kyle MacLachlan) tells Sheriff Harry Truman (Michael Ontkean) early on in the first season of Twin Peaks. “Don’t plan it. Don’t wait for it. Just let it happen. It could be a new shirt at the men’s store, a catnap in your office chair, or two cups of good, hot black coffee.” Every self-respecting fan of the groundbreaking cult series knows this quote — in fact, it currently sits at the top of the Quotes section of its IMDb profile — but for good reason. It’s a fair warning for anyone heading into Twin Peaks, a series that gives as much as it takes, as long as everyone’s willing to do exactly as Coop suggests: wait and see.

Patience is hard to come by these days, which is why Twin Peaks: The Return still feels like such a gift. Yet, for an entire summer, showrunners David Lynch and Mark Frost stole Sunday night from every fan who tuned into Showtime each week. Never once did anyone have a clue what to expect, from its four-episode premiere on Sunday, May 21st right down to its two-episode finale on Sunday, September 3rd, and never once did anyone walk away truly underwhelmed. They may have been disappointed, or confused, or even aggravated, but there was rarely a moment that the series didn’t stir up some kind of severe emotional response. It was event television … and totally by design.

“The original run of the show really benefited from the fact that nobody knew about ‘binging’ back then,” Frost recently told Digital Spy. “To roll out the episodes one week after the other gave people time to digest and theorize and talk amongst themselves. The Internet has obviously enhanced that ability exponentially. I don’t particularly enjoy binging myself… I steered us away from Netflix in this instance right from the start, because I didn’t feel that was the right format to roll out this particular show. With Showtime, we were able to more or less replicate the original experience – one a week, take your time, think about it, write about it, talk about it, then come back for more.”

Granted, Twin Peaks: The Return was hardly the ubiquitous watercooler show that Showtime initially hoped for, but there was admittedly a select contingent of diehard fans that relished the show’s mysterious glory online. For over three months, the series kept them in a tailspin as they theorized over every little detail through Reddit threads, Twitter debates, and in-depth podcast episodes. Once “Starring Kyle MacLachlan” materialized on the screen, it was as if every fan put on their Wire best, hitting the drawing boards with stickies, Post-it notes, and index cards at their disposal. Within hours, there were countless theories, memes, and hot takes, all to varying degrees of intrigue. 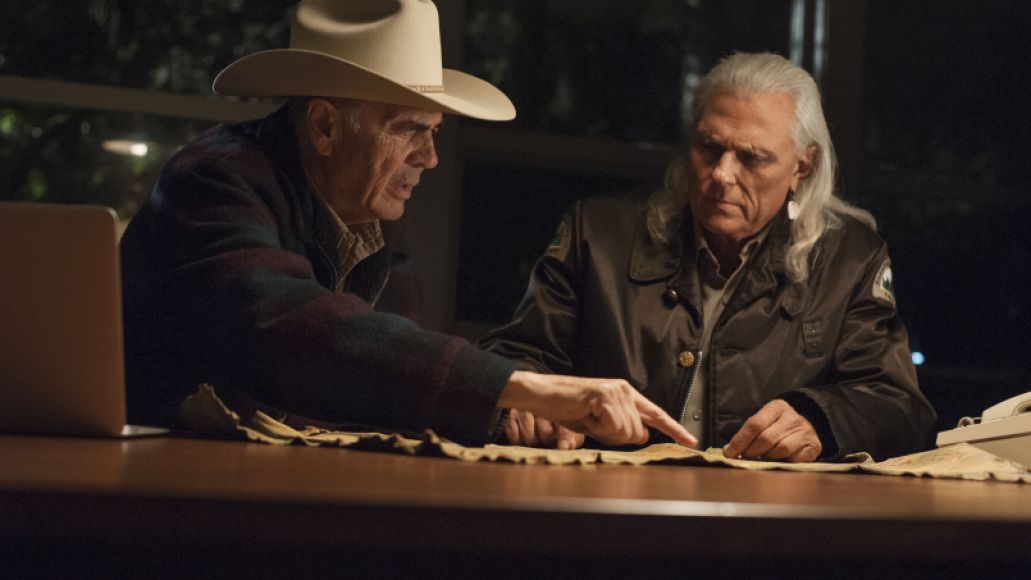 Then again, that was always going to happen with Twin Peaks. The series’ faithful has carried the torch for over two decades, throwing annual festivals and publishing monthly gazettes, all during era when virtually nothing was happening in the franchise. So, it wasn’t surprising to see such a reaction when The Return finally premiered last May. What was surprising was how Lynch and Frost were able to keep them in the dark from beginning to end. After all, mystery is as rare as patience in today’s day and age, both are incredibly undervalued, which is why you get pedantic movie trailers and on-demand models are all the rage. Today belongs to the consumer, not the artist.

That logic has never worked for Lynch — or Frost, for that matter — which is why creative control was always going to be paramount for The Return. Let’s not forget that the whole thing nearly collapsed on itself, back when Showtime initially balked at the idea of committing to 18 episodes as opposed to the original order of nine. To both parties’ credit, Lynch and Frost held their ground, the network relented, and the rest is history. Or rather, the rest is now a testament to what happens when earned auteurs are left to their own devices, and are allowed to exercise their greatest strengths. Because, like “Part Eight”, The Return is one giant nuclear explosion of blistering ingenuity.

Where else could you find something as deeply disturbing as The Woodsmen? Or as emotionally satisfying as Big Ed and Norma’s much-delayed embrace? Or as downright beautiful as the last three minutes of “Part 17”? What show featured 237 damn good performances from venerable actors and actresses, ranging from Jim Belushi to Laura Dern, Matthew Lillard to Naomi Watts? Scratch that, what show had this much venerable talent from beyond the grave? For many, The Return was one last chance to wave goodbye to fallen heroes like Miguel Ferrer, Catherine E. Coulsen, Don S. Davis, and even the Thin White Duke himself, David Bowie. It was surreal, to say the least.

Even more surreal was how the show eerily echoed our own state of being. Despite the fact that Lynch and Frost toiled over the script years ago, The Return wound up saying more about 2017 than almost every other film or television show. In many ways, we were Agent Cooper/Dougie Jones, mutely stumbling around an American wasteland that’s been ravaged by untenable evil. That image of him standing underneath the gunslinger statue at the end of “Part Five”, to the moody sounds of Johnny Jewel’s “Windswept”, unconsciously captured the zeitgeist of 2017 America. Here’s this beacon of hope and goodwill … standing alone and silent as darkness takes over.

There were a number of similar stirring moments throughout the 18-hour limited series. The aggressive expansion of the RR Diner, for one. That brilliant exchange between FBI Deputy Director Gordon Cole (Lynch) and Federal Bureau of Investigation Chief of Staff Denise Bryson (David Duchovny). Pretty much every time Diane Evans (Dern) confessed something to Cole and his team. But, above all, there was this unnerving notion that the evil that was once confined to the whispering woods had now taken over, and that it was the good of Twin Peaks that had receded to the Sycamores. It was a complete 180, but one that felt totally in line with everything going on in Trump’s America.

Politics aside, there’s still no disputing that The Return was a technical and logistical marvel. The fact that Lynch and Frost were able to successfully resurrect the cult franchise is still confounding. As we learned in 2016 with Chris Carter’s fumbling of The X-Files revival, it doesn’t matter how many original pieces you put back together, it’s almost impossible to conjure up that magic again. But that’s the thing: Lynch and Frost weren’t interested in dusting off old potions. No, they were far more invested in the next thing, which meant pivoting the series into something both unexpected and supremely modern — and there wasn’t a single person stopping them. 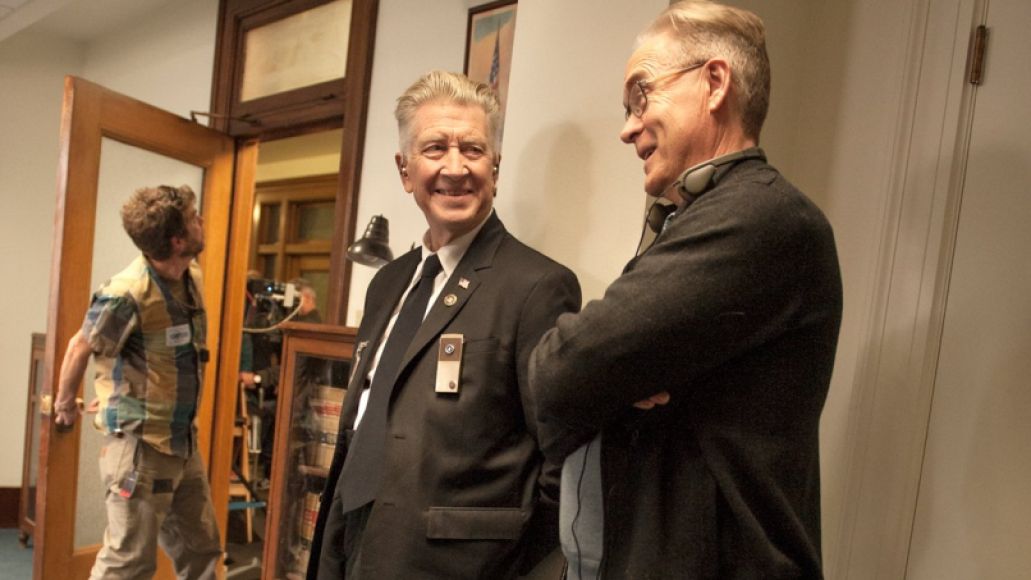 Every episode was written by Lynch and Frost and every episode was helmed by Lynch. There weren’t any compromises, there weren’t any hesitations, it was all unadulterated filmmaking. “It’s a runaway train, but it’s a beautiful trip,” Lynch recently told The Hollywood Reporter on the production of the series. “It’s every day. Picture it, when you get there in the morning, it’s like there’s a giant ravine. And as you’re working during the day, you’re building a glass bridge. It’s a delicate bridge and it’s made of glass. And once you’ve got everything done for that day and it feels correct, boom, the glass turns to steel and you can cross over. And then you’ve got to do it again the next day.”

Even during would-be exit interviews, Lynch can’t help himself from crafting startling visuals. But, that’s who he is, and that’s what we got all summer with The Return. It was a Kafka-esque experience in a Kafka-esque year, and the type of event that will never be replicated again, even if he and Frost decide to reunite for a fourth go-around in the Pacific Northwest. Both haven’t ruled out another strange and wonderful trip, and seeing how we waited over 25 years for this one, neither will the fans. But, in the meantime, there’s still plenty to be mined from The Return, and one can expect more theories, takeaways, and impressions in the years to come. That’s the real gift.

Now, if only we could all fit in the MoMa.

Showrunners of the Year David Lynch and Mark Frost Stole Summer 2017 with Twin Peaks: The Return