Having written songs about everyone from his parents to infamous psychos, Sufjan Stevens has long proven his skills at the art of the ode. Today, he’s shared the latest in a long line of songs about quirky figures, a twinkling and dreamy track called simply “Tonya Harding“.

In a lengthy essay about the track, Stevens explained why he chose to write about the disgraced former figure skating star. Unlike most pop culture aficionados, his interest goes deeper than the story of Harding’s then-boyfriend, Jeff Gillooly, hiring a man to break the leg of Nancy Kerrigan in 1994. Instead, he’s fascinated by her rise from a working-class farm girl to ice princess, the fact that she created one of the first celebrity sex tapes, tried her hand at boxing, raced vintage cars, and so much more.

(Read: In the Era of #MeToo, It’s Time We Reevaluate All Those ’90s Tabloid Stories)

“… I began to feel a conviction to write something with dignity and grace,” Sufjan wrote of examining Harding’s life, “to pull back the ridiculous tabloid fodder and take stock of the real story of this strange and magnificent America hero. At the end of the day, Tonya Harding was just an ordinary woman with extraordinary talent and a tireless work ethic who set out to do her very best. She did that and more. I hope the same can be said of us all.”

Sufjan has recorded two versions of the track, one in D major and another in Eb major. A video for the D major versions featuring footage of Harding skating can be seen above, while both takes are streamable below. They’re also available on limited edition cassette 7-inch blue marble vinyl, with pre-orders ongoing here. Doveman and Helado Negro provided additional production.

No doubt Stevens will be first in line to see I, Tonya, the new Tonya Harding biopic starring Margot Robbie, when it hits theaters this Friday.

I’ve been trying to write a Tonya Harding song since I first saw her skate at the U.S. Figure Skating Championships in 1991. She’s a complicated subject for a song partly because the hard facts of her life are so strange, disputable, heroic, unprecedented, and indelibly American. She was one of the greatest figure skaters of her time, and the first American woman to perform a triple axle in an international competition. She was an unlikely skating star, having been raised working class in Portland, Oregon. Being a poor outsider, her rise to fame in the skating rink was seen, by some, as a blemish on a sport that favored sophistication and style. Tonya’s skating technique was feisty, fierce, and full of athleticism, and her flamboyant outfits were often hand-made by her mother (who was abusive and overbearing). (They couldn’t afford Vera Wang.) And then there was the Nancy Kerrigan incident. In January 1994, Tonya’s then-boyfriend Jeff Gillooly hired an assailant, Shane Stant, to break fellow figure skater Nancy Kerrigan’s leg at the U.S. Figure Skating Championships at Cobo Arena in Detroit, so that she would be unable to compete at the upcoming Winter Olympics. The after-math of the attack was recorded on camera and ultimately set off a media frenzy (and an FBI investigation). Gillooly and Stan were eventually found guilty, and Tonya pleaded guilty to hindering the prosecution, and was subsequently banned for life from the U.S. Figure Skating Association. Nancy Kerrigan recovered from her injury and won a silver medal at the Winter Olympics. Tonya Harding finished eighth.

But that’s not even half the story. When Tonya and Gillooly got married, they filmed themselves having sex on their wedding night and produced one of the first-ever celebrity sex tapes (which they sold to Penthouse for $200,000 each). Tonya also had a brief career as a boxer, and is most famous for her bout with former Arkansas state employee Paula Jones (whose sexual harassment suit against Bill Clinton precipitated his impeachment in 1998). Tonya was also (very briefly) in a band called the Golden Blades (they were allegedly booed off the stage during their first and only performance). She also raced vintage automobiles (setting a record by driving a Ford Model A over 97 miles per hours on the Bonneville Salt Flats in Utah). And in 1996 Tonya used mouth-to-mouth resuscitation to revive an 81-year-old woman who collapsed at a bar in Portland while playing video poker. That’s a lot to accomplish before the age of 30!

Tonya Harding’s dramatic rise and fall was fiercely followed by the media, and she very quickly became the brunt of jokes, the subject of tabloid headlines and public outcry. She was a reality TV star before such a thing even existed. But she was also simply un-categorical: American’s sweetheart with a dark twist. But I believe this is what made her so interesting, and a true American hero. In the face of outrage and defeat, Tonya bolstered shameless resolve and succeeded again and again with all manners of re-invention and self-determination. Tonya shines bright in the pantheon of American history simply because she never stopped trying her hardest. She fought classism, sexism, physical abuse and public rebuke to become an incomparable American legend.

I admit, early drafts of this song contained more than a few puns, punch lines and light-hearted jabs—sex tapes and celebrity boxing make for an entertaining narrative arc. But the more I edited, and the more I meditated, and the more I considered the wholeness of the person of Tonya Harding, I began to feel a conviction to write something with dignity and grace, to pull back the ridiculous tabloid fodder and take stock of the real story of this strange and magnificent America hero. At the end of the day, Tonya Harding was just an ordinary woman with extraordinary talent and a tireless work ethic who set out to do her very best. She did that and more. I hope the same can be said of us all. 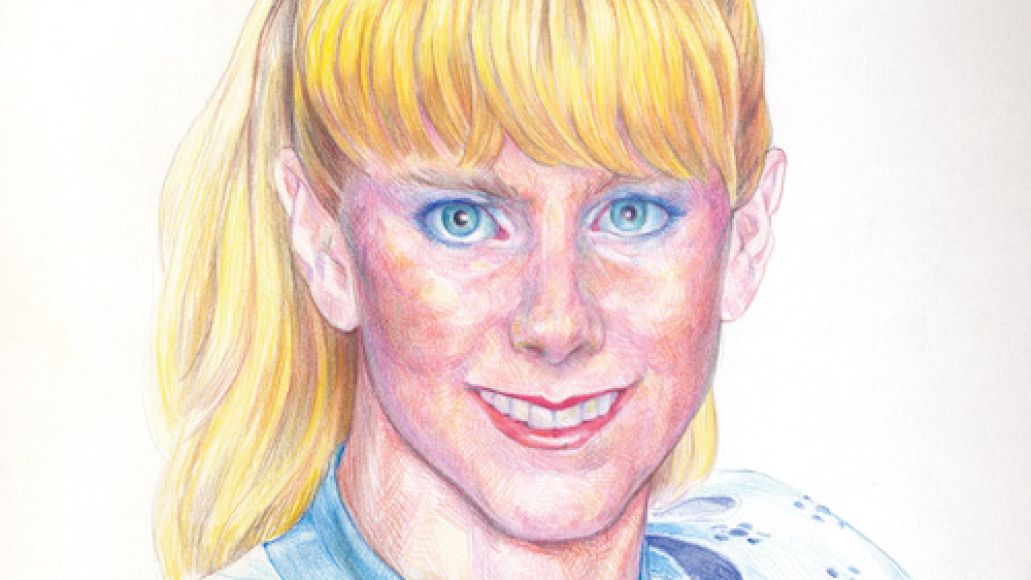