In June 2003, Tommy Wiseau’s pet project The Room was screened for the first time in just two theaters in Los Angeles. Now, some nearly 15 years later, the film — a cult classic among fans, but one of the worst according to critics — will finally receive a one-day wide release.

Fathom Events plans to screen the indie drama in about 600 theaters on January 10th beginning at 8 p.m. local time, according to The Hollywood Reporter. Per a map (seen below), cities in Alaska, Hawaii, North Dakota, South Dakota, Montana, Wyoming, and Nebraska can all expect to have scheduled screenings. “It’s really great because it’s going to tackle the other areas where people aren’t aware of The Room still,” Wiseau explained to THR.

“I’ve never called it a cult phenomenon, or whatever they call it. I call it a free expression, that’s what The Room represents. I encourage people to express themselves in the screenings,” added Wiseau. Like audiences of the Rocky Horror Picture Show, hardcore fans of The Room have been known to dress up as their favorite characters, throw spoons and footballs, and yell out memorable lines during screenings. “A ton of people ask me, ‘Why do you encourage that?’ I say, ‘Why not?’ What I wanted was to give them a smile and it’s their choice if they want to express themselves.” 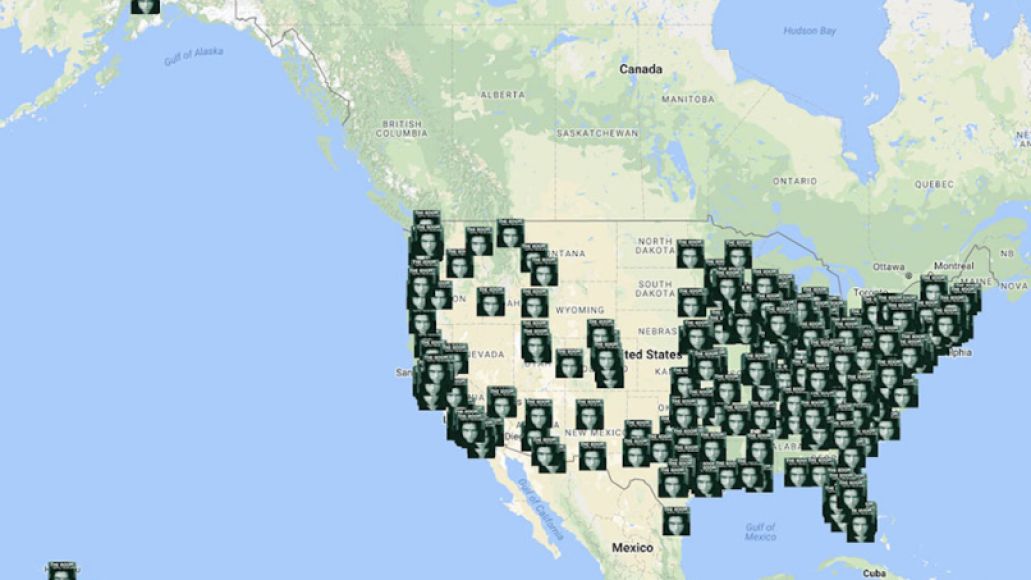 Financed, directed, produced and written by Wiseau, The Room follows a complicated love triangle between Johnny (Wiseau), his future wife (Juliette Danielle), and his best friend Mark (Greg Sestero). The making of the movie is chronicled in The Disaster Artist, a memoir penned by Sestero, which has been turned into a film of the same name starring James Franco as Wiseau. That film has received universal acclaim, with Franco emerging as an Oscar favorite.

Wide-release screenings of The Room will be prefaced with a new trailer for Best F(r)iends, Wiseau and Sestero’s latest film together, which is expected to open in theaters sometime next year.

Revisit a trailer below:

The Room to receive first-ever wide release in theaters