Star Wars: The Last Jedi received its world premiere in Los Angeles on Saturday night, and Thom Yorke was among the celebrities on hand. The Radiohead frontman walked the red carpet and got a chance to meet BB-8. Unfortunately, I don’t speak bleep blop, but it sure looks like Thom is asking BB-8 to cameo on LP10. 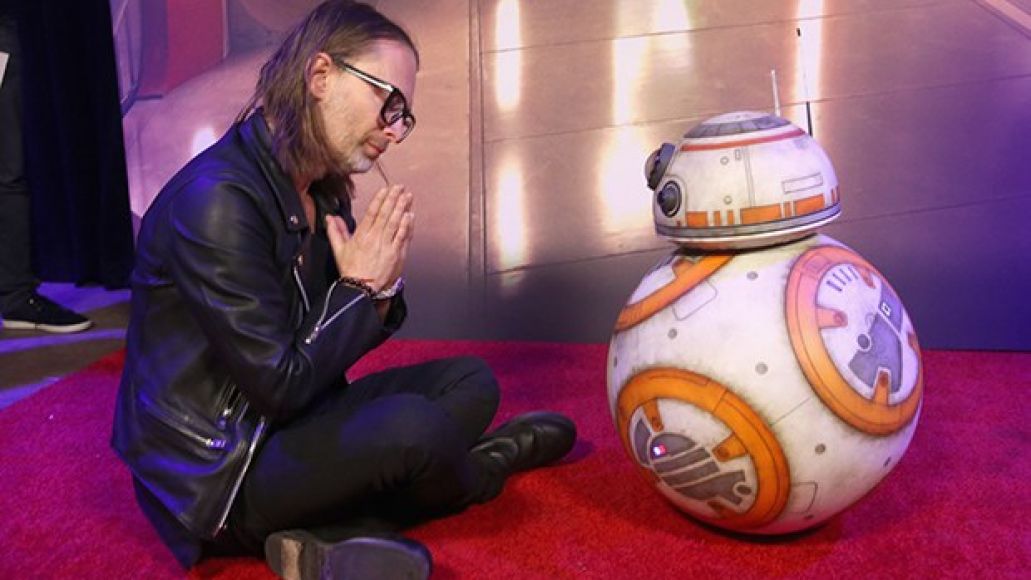 Star Wars: The Last Jedi hits theaters on December 15th. Yesterday Yorke’s solo catalog was finally made available on Spotify, and in April, Radiohead will embark on a Latin American tour.