There’s been a big debate percolating for the last month. This debate has lived and died on the Internet, the Land of 1,000 Hot Takes, some of which are great and many of which are deeply terrible. Recently, a fair few of those terrible takes have come courtesy of those just dying to argue that a David Lynch joint cannot possibly just be television, that a piece of art that profound can’t possibly belong to the same medium as Happy Days. To those people, we at Consequence of Sound have two things to say: Yes, Twin Peaks is fucking incredible, and hey, you are also full of shit.

If you’re just waking up to the fact that TV is a vital art form, welcome! You’ve got great timing, and the water’s fine. But this isn’t a new situation. The post-Sopranos era is not likely to regress, as there are boundary-pushers in almost every genre. The conversation about whether or not Lynch’s effort is, as he described, an 18-hour movie, is far less interesting than conversations about where something fits. Is Netflix’s Five Came Back, a terrific documentary series that was shown in a scant few theaters, a film or a television show? What about Okja and Mudbound, two films released both in theaters and through a streaming platform? If Nathan for You releases a feature-length episode, is that film? What if it’s projected on a screen? Should it be both Emmy- and Oscar-eligible? And how the fuck do we resolve any of this without sounding like insufferable assholes?

The easiest answer is this: We acknowledge that no conversation about classification matters half as much as the conversation that great art spurs. Take, as but one example, the best reality show of the year. RuPaul’s Drag Race saw a transgender woman, and thus someone who is not a female impersonator, make the finals. As the French say, Scandale! Yet the casual way the show approached this said more than any amount of drama could. This, it said, is life. In life, people play with gender. In life, transgender women (and this woman, Peppermint, in particular) can be amazing drag queens. And in life, even lip-sync assassin Peppermint can lose, because sometimes someone has flower petals stuffed inside their wig — a choice by eventual winner Sasha Velour that launched a thousand conversations about love, lip-syncing, and creating art live and on television.

That rose petal moment blew my mind and broke my heart, and Drag Race didn’t even crack our top 25. This has been an incredible, complicated, messy, beautiful year for television. We’ve gone into the hearts of mushroom clouds and descended into hell. We’ve traveled in time and in space. We’ve broken rules and boundaries, seen ugliness and beauty, and drawn penises on all kinds of things (thanks, American Vandal, another show that just missed our list). Above all, we’ve experienced all these things as a culture. There may not be a water cooler anymore, but there’s this year-end moment, where we can all reflect on the art that made an impact. This year, there was a lot.

Every year, there’s a lot. 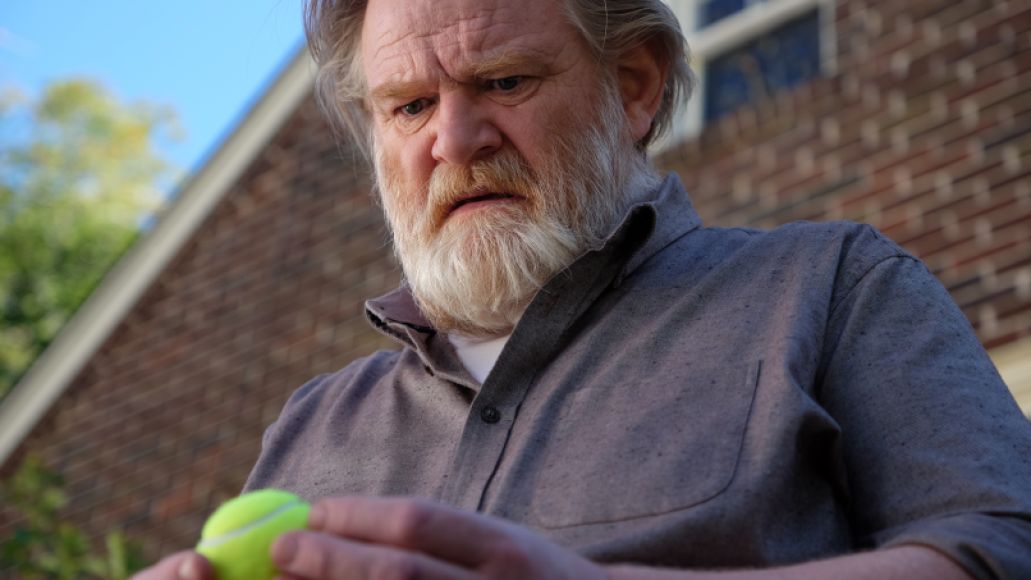 Where to Watch: Audience Network

MVP of the Show: As retired detective Bill Hodges, Brendan Gleeson brings spark, amiability, and a charming Irish lilt to a character that, in the Stephen King book that serves as the source material, never quite transcends the author’s folksy, eye-rolling dialogue. But Harry Treadaway and Kelly Lynch, as the evil Brady Hartsfield and his sad, damaged mother, steal the show by turning their revolting, incestuous relationship into something out of Greek tragedy.

Must-See Episode: Mr. Mercedes is consistently gripping, but, as with the book, there’s a touch of narrative strain to its midsection. The fat melts away, however, in the eighth episode, “From the Ashes”, which kicks off the series’ third act with a shocking scene of violence that shatters any hope of redemption as it establishes our antagonist as someone with truly nothing left to lose.

Why We Binge: King’s book is fine (the sequels are better), but Mr. Mercedes was probably always meant to be a TV show, especially one with the freedom to truly indulge in the story’s most depraved corners. One might think the man behind Ally McBeal and Boston Legal wouldn’t have the guts to go there, but David E. Kelley shows us his dark side here, using his narrative deftness and sharp dialogue to balance out this sometimes-cruel investigation into the cultivation of evil. 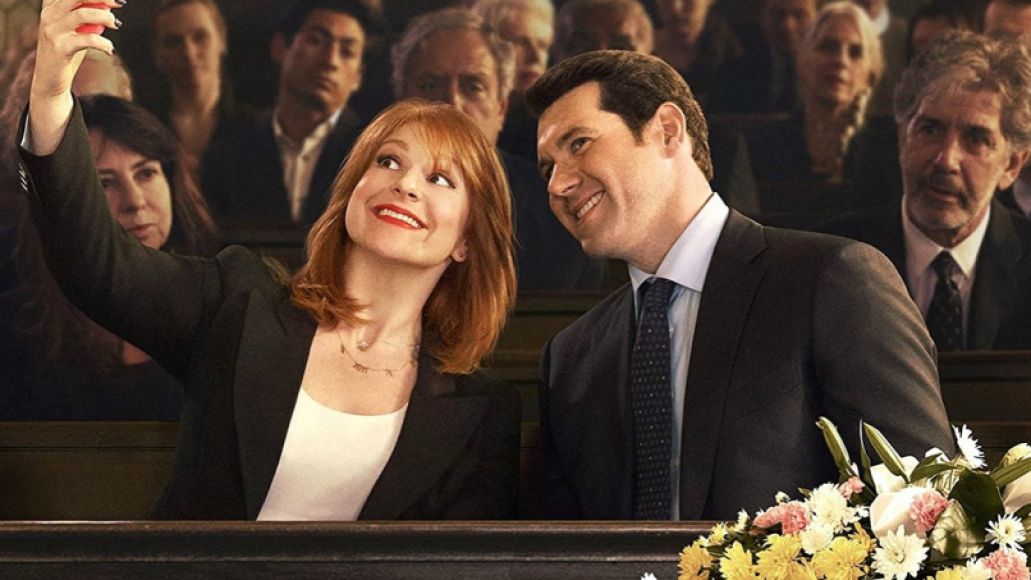 Where to Watch: Hulu

MVP of the Show: With a cast like this, it’s nearly impossible to choose. There’s a serious case to be made for Cole Escola, whose insufferable totally-an-ex-theatre-kid waiter Matthew had some of season three’s best exchanges without the screen time afforded to many of his co-stars. But it’s Klausner, through and through. Not only does her bit-a-minute delivery define the show’s comic tone (and yeah, we’re using present tense because we refuse to accept Hulu’s cancellation), but in the season’s last handful of episodes, Klausner cut to the heart of Julie Kessler’s unrepentant narcissism, as a woman adrift in life who’s starting to worry that this is as good as it all gets.

Must-See Episode: While “Sweet Tea” probably deserves this spot just for making the growing “group of lost urbanites takes ayahuasca” trope engaging again, the season/hopefully not series finale “The Silkwood” takes it a step further by following their blissed-out revelations with some cold, crushing reality. The cafe is bought out, Arthur’s self-styled revolution is cut short, and Billy and Julie are left mid-LA hike to wonder if it’s all actually going to be okay.

Why We Binge: Difficult People is a bitter show about bitter people, but it’s also one of current TV’s great unheralded comedies. The show’s caustic potshots at an increasingly self-serving pop cultural landscape often hit like a brick, but they’re only half the story. Klausner and Eichner are one of the best comic duos currently working, in part because they take the show from a gauntlet of referential jabs to a story of a pair of unrepentant dicks who really, truly do matter to each other. Please, Hulu, don’t take this away from us yet. 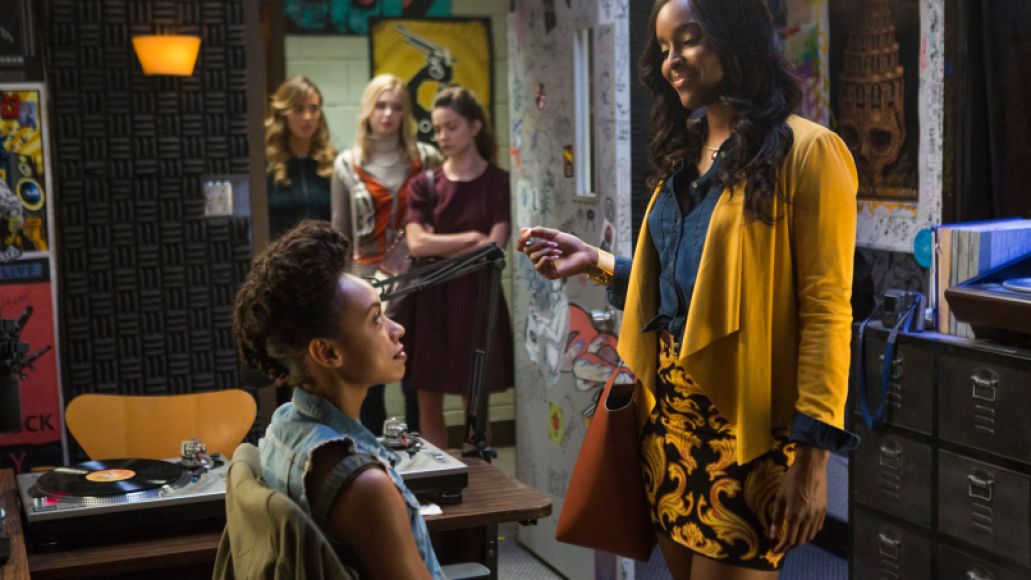 Where to Watch: Netflix

MVP of the Show: Tessa Thompson’s commanding performance as Sam White in the film seemed impossible to take over, but Logan Browning more than holds her own. It’s a pivotal role: the college DJ whose “Dear White People” segments start a movement on campus, with the impact on friends and lovers somehow bearing the brunt of it. Browning perfectly plays it in equal parts strong and vulnerable.

Must-See Episode: Barry Jenkins (Moonlight, duh) directs the season’s best episode. Everyone is having a good time at a college party despite the campus tension … until a white student says “nigga” during a rap song. Debates break out, a fight breaks out, the police intervene, and … things escalate. Marque Richardson’s (“Reggie”) breakdown by the episode’s end is a series standout.

Why We Binge: If you liked the 2014 movie, good news! The series is not a reboot/remake. It serves as a sequel to its climax. While it hasn’t reached the film’s heights, there are compelling stories to hear in Dear White People. Carve out five hours and prepare yourselves for season two, which is filming now. And watch the movie if you haven’t already! 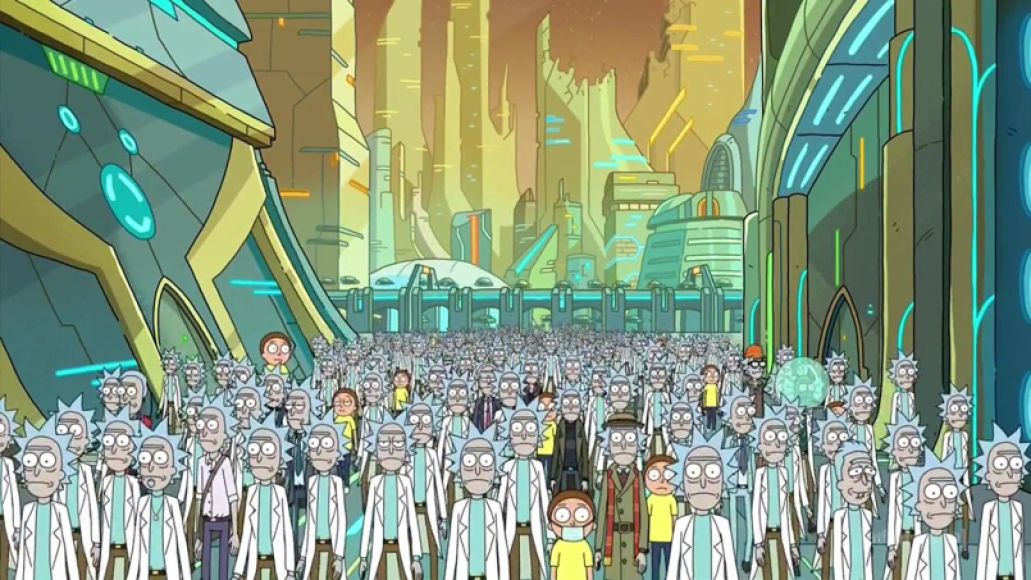 Where to Watch: Adult Swim

MVP of the Show: As per usual, it’s Roiland, whose repulsive deliveries make for both the show’s best jokes and some of its most poignant moments. There’s a lot more to be written about the philosophical heft of Roiland portraying the show’s most monstrously abusive figure and its most earnestly vulnerable, but for now, we’ll just say that he continues to deliver one of TV’s most ferocious comic performances, sometimes while drinking himself sideways in the booth.

Must-See Episode: We’re sure a number of you are going to berate us for not going with the Byzantine world-building of “The Ricklantis Mixup”, so just know it’s a very close second. But, for as easy a choice as it may seem, “Pickle Rick” offered everything that many fans could want from a single episode of the show. It’s built on a ridiculous premise, it’s eminently quotable, it’s outlandishly violent, it’s a pretty great action genre parody, and it’s also all rooted in the brutal truth that Rick’s antics will never stop tearing the Smith family apart.

Why We Binge: Look, it’s not lost on us that somehow the long-awaited third season of Rick and Morty almost took a backseat to the growing controversy about the show’s increasingly awful fans, some of whom have joined the ranks of the worst “well actually” types anywhere in pop culture, and others who sold their goddamn cars for the Mulan sauce. But the season was an excellent continuation of the work Harmon and Roiland have laid down, while digging deeper into the grim nihilism of the show’s broader universe. That Rick may never find happiness is almost beside the point when the series appears to be hurtling toward a reckoning with the known and unknown universes at large. 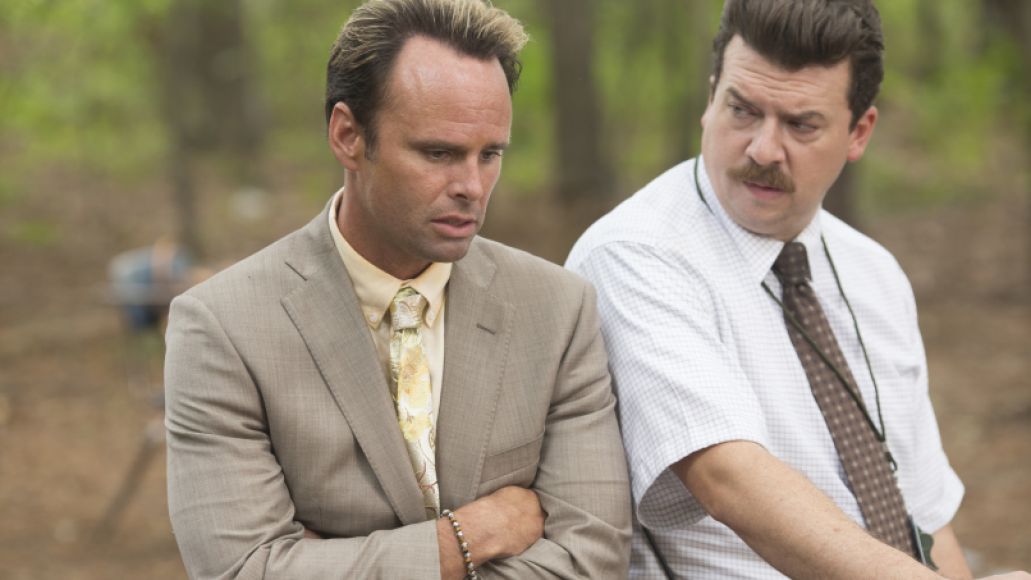 Where to Watch: HBO

MVP of the Show: While the show’s second and final season certainly plumbed the depths of Walton Goggins’ unbelievably cruel Lee Russell, it was McBride’s growth as Neal Gamby that made for so many of the season’s highs. As Russell entrenched himself deeper into his constant, petulant rage, Gamby started to inch toward growing up. Even as he threatened to shoot his masked assailant in their privates regardless of gender, Gamby started to look and feel like the man that the better angels in his life thought he could rise to being, and McBride’s genuinely exceptional performance in both the dramatic and comic realms had a huge part to play in that growth.

Must-See Episode: “A Compassionate Man” ends up being a crucial hinge for the second season at large, but it may as well have been titled “The Passion of Lee Russell”. Gamby might start as the episode’s more pathetic figure, bringing an unwilling young ward to Russell’s birthday party in an attempt to publicly demonstrate his generosity, but when his wife brings an old friend along (who she might’ve been gaslit by Russell into ditching in college), Goggins has the kind of highly visible meltdown that’s equal parts depressing, hysterical, and deeply shameful.

Why We Binge: First of all, the show only ran for 18 half-hour episodes, so if you could finish all of Game of Thrones, you can certainly make time for one of HBO’s more interesting half-hour experiments of recent years. Vice Principals improved dramatically down its back stretch, using the first season’s character work as a launching pad to chase one of Hill’s favorite comic motifs: the sad but potentially fulfilling lives of unremarkable people. Gamby might never be as exceptional as he thinks himself entitled to being, but he could be a good man. Maybe that’s enough.

Oh God, We've Made a Playlist of Every Song Featured in a Marvel Movie or TV Show