Winters can be fantastically cruel, especially in a town like Chicago. That’s why The Losers’ Club is packing up their Volkswagen Beetle and heading up into the snow-capped mountains for a little R&R — no work and all play, if you catch our drift.

Yep, you heard it right, Lloyd. This Saturday, January 20th, the hosts of your favorite Stephen King podcast will become permanent guests of The Overlook Hotel. In fact, they’ll be checking into Room 237, where a warm bath awaits them. 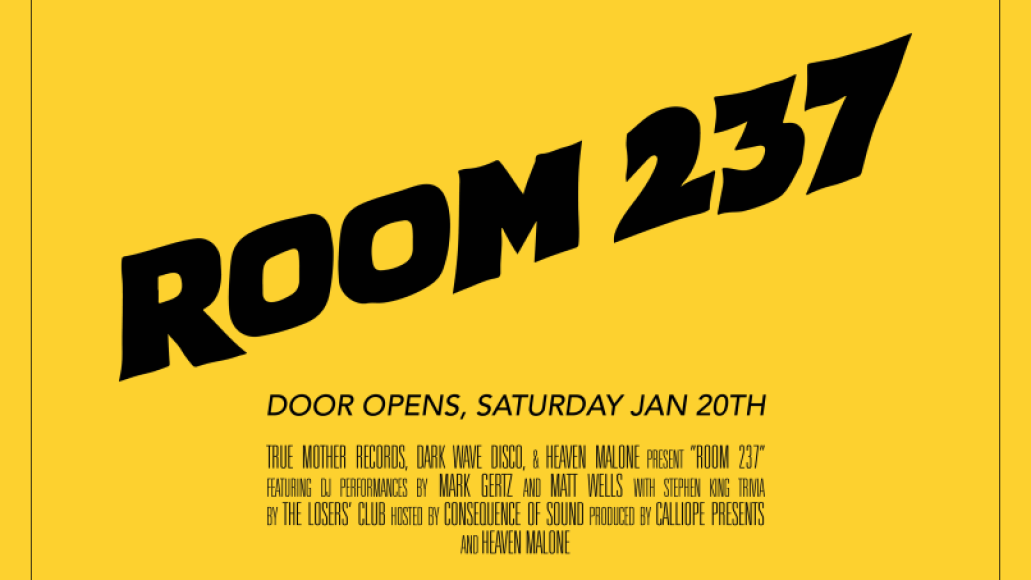 It’s all part of The Rookery’s grand celebration of Stanley Kubrick’s The Shining. The Chicago bar has teamed up with Heaven Malone, Calliope Presents, Dark Wave Disco, and True Mother Records to create a pop-up event that captures the film’s infinite glory.

Guests will be able to join caretaker Jack Torrance for a round of signature drinks, served by the best goddamned bartender from Timbuktu to Portland, Maine. (Or Portland, Oregon, for that matter.) We recommend the Apollo 11 or the Hedge Maze.

To kick off the festivities, The Losers’ Club will be hosting an hour of Stephen King trivia at 8 p.m. CST, which will lead into a lurid night of dancing courtesy of DJs Matt Wells (of True Mother Records) and Mark Gertz (of Dark Wave Disco). Great party, isn’t it?

Come play with us.