David Byrne has called his forthcoming tour behind new album, American Utopia, “the most ambitious show I’ve done since the shows that were filmed for [Talking Heads’] Stop Making Sense.” Fortunately, he’ll be providing fans with plenty of opportunities to witness the concert in person, as he’s mapped out a massive 80-date world tour.

“I had an idea that everyone in the band might be mobile… so there would be no risers, drum platform or any of that stuff,” Byrne previously explained of the tour. “With everyone mobile, I realized the stage could be completely clear. If we could have the monitors in our ears, the amps off-stage and the lights up high, then we had the possibility of a completely empty space.” Byrne will be backed by a 12-piece band, according to a press release.

In discussing the dynamics of the stage setup, Byrne said he would be using lightweight chains to hide the non-performers and gear around the periphery of the stage. “Not only does it take color, one can cast shadows on the chain.”

Here’s a brief glimpse of the setup, which Byrne shared when announcing the initial round of dates back in December. Update: Byrne has shared more photos and video of the stage setup in a blog entry posted to his website.

A small # of east coast shows! We’ll be doing some new songs, & many others that will, I assume, be familiar. I’m excited. This is the most ambitious show I’ve done since the shows that were filmed for Stop Making Sense, so fingers crossed. Info @ https://t.co/B8YgcnekRv pic.twitter.com/ehQ41X1MyD

See the full itinerary below and check out the epic tour poster, which was designed by Steve Powers. You can grab tickets via Stubhub. American Utopia, Byrne’s first solo album in 14 years, is out March 9th. 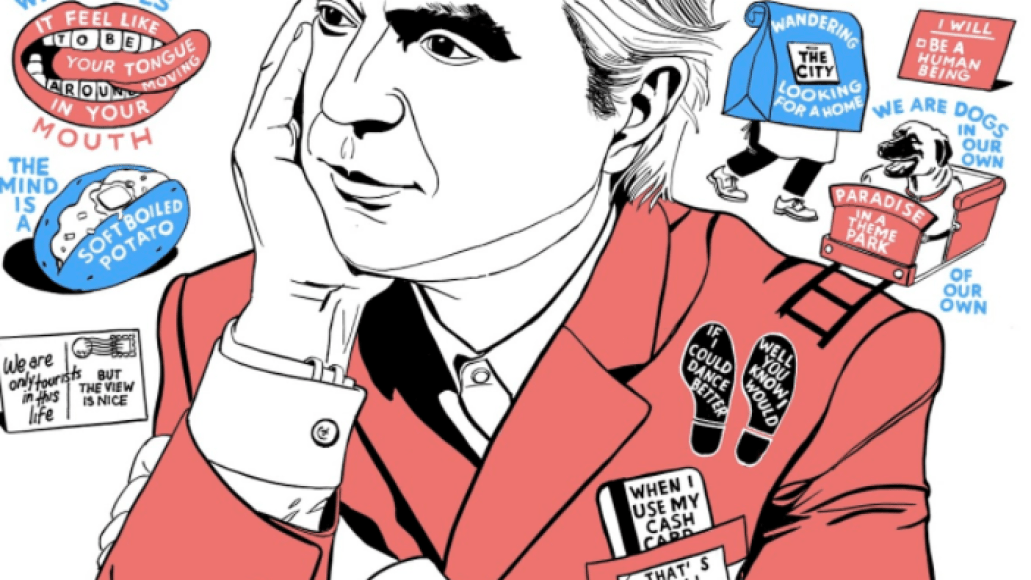 Check out the lead single to American Utopia, “Everybody’s Coming to My House”, which was co-written by Brian Eno and features Sampha.