When was the last time you sat down to watch a hot, new TV series on Fox? Or CBS? Or ABC? It’s probably been awhile. In the age of Netfix and Hulu, it’s been all too easy to ignore network television’s barrage of celebrity-hosted singing competitions or 500 seasons of NCIS and CSI. But with the loss of net neutrality, and the subsequent threat of limited streaming, now is as good a time as any to re-acquaint ourselves with the old boob tube and acknowledge the diamonds in the rough — and yes, there are many.

Right now, plenty of shows on network television and basic cable are exercising their (FCC-administered) artistic freedom and provoking genuine discussions about everything from mental illness to race relations to a flawed government. You just have to look beyond the more popular garbage like Young Sheldon or Ellen’s Game of Games. This Winter season is no exception, and we’ve collected the best of the rest for your leisure. Be forewarned, though, we did not include any premium cable programming.

After all, you’re already watching those shows. 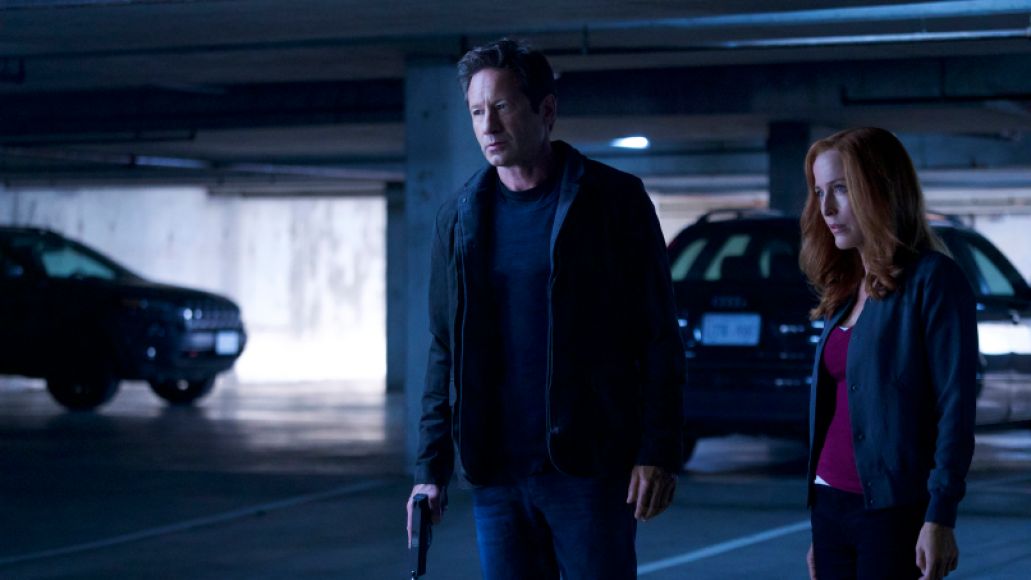 Fox’s sci-fi cult classic returns with a renewed relevance two years after its initial reboot, thanks to Trump’s firing of FBI Director James Comey. It’s a choice tipoff for FBI agents Fox Mulder (David Duchovny) and Dana Scully (Gillian Anderson), and while Chris Carter’s circuitous writing started the season off on a disappointing note, fan-favorite writer and director Darin Morgan will soon swoop in to deliver an excellent and routinely strange episode for the ol’ spooky filing cabinet. 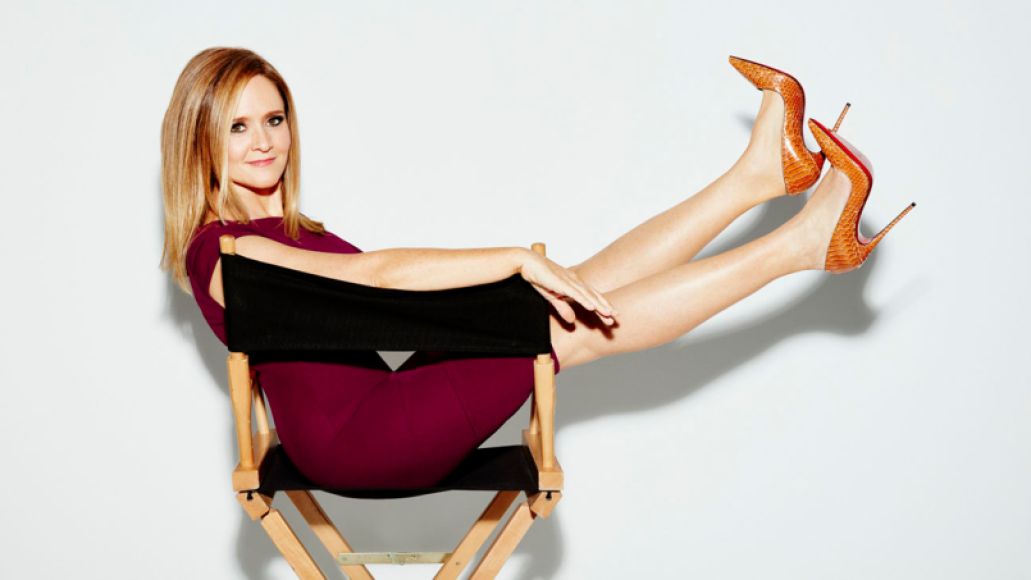 Whereas most late night shows graze the political surface, Samantha Bee plunges headfirst, following the full scope of issues (from local to international) and reacting to outrageous circumstances in a fittingly riotous manner. Cutting satire and thoughtful commentary haven’t been this commingled since Jon Stewart hosted The Daily Show, and Bee’s refreshing approach is a rousing force for progress and enlightened, impactful television.

Stay tuned for: hilarious sketches, news that will drive you the right kind of crazy 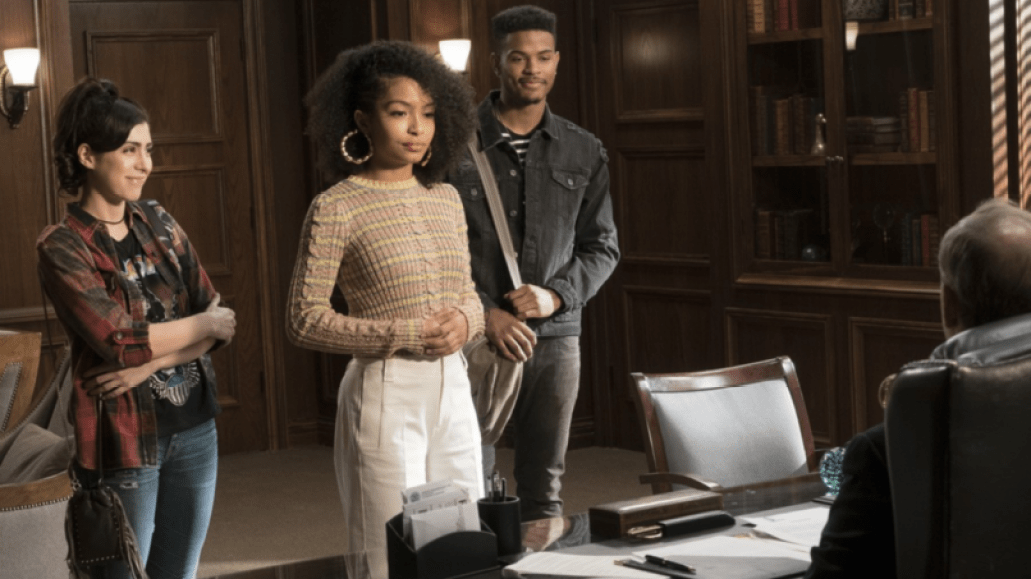 A quality spin-off is hard to come by, especially when derived from an established sitcom (see: Joey,) but Black-ish’s offshoot Grown-ish actually looks promising. Grown-ish follows the original show’s eldest daughter through her freshman year of college, from crushing on older “woke” guys to Adderall-fueled online shopping. Like Black-ish, the series upholds a level of social consciousness without taking itself too seriously, guided by Zoey Johnson’s (Yara Shahidi) witty inner monologue.

Stay tuned for: references to The Breakfast Club 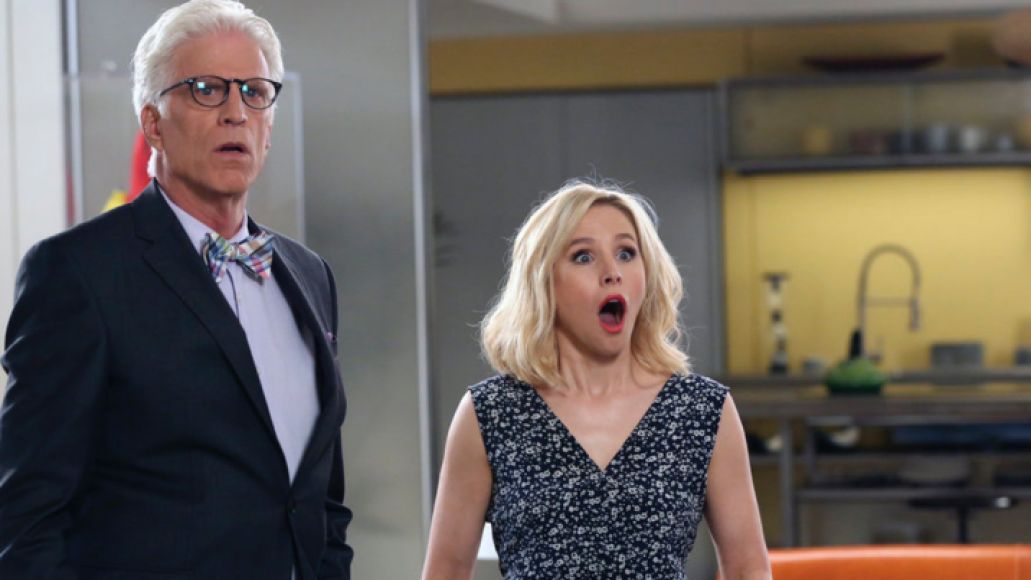 Imagine if you died. Now, imagine that when you died you were accidentally sent to a Stepford-like artificial neighborhood built by TV MVP Ted Danson. Now, imagine it was all a sham and Danson actually wanted to wipe your memory. Congratulations, you’re all caught up with NBC’s The Good Place. Each week, showrunner Michael Schur’s strange and bizarre comedy feels like an anomaly on network television, packing more brains than laughs. It’s a philosophical fantasy that demands your laughs. 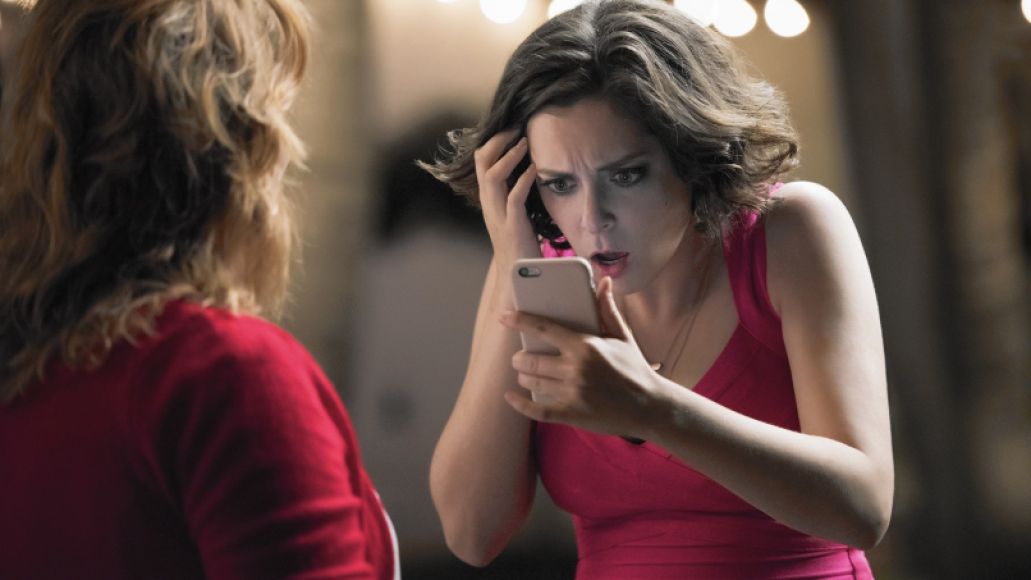 Despite my own criticisms about its approach to feminism, there’s no question that Crazy Ex-Girlfriend has its head in the right place. The CW musical comedy takes on the delicate task of unraveling stigmas behind mental illness and pulls it off through hilarious songs and stunning choreography. In fact, the rest of the third season will see Rebecca (Rachel Bloom) wrestling with her recently diagnosed borderline personality disorder and the after-effects of her recent suicide attempt. 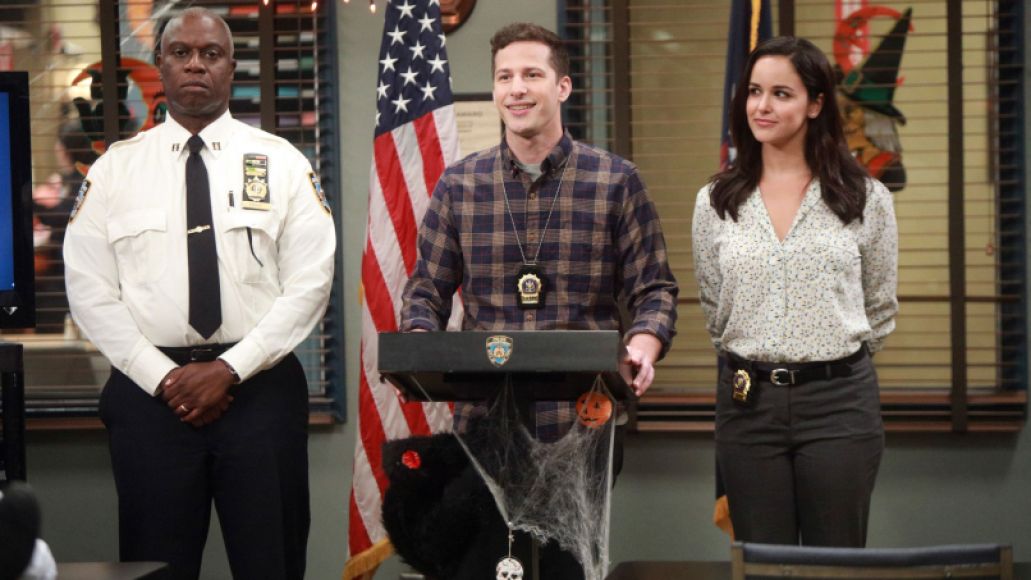 A police sitcom on FOX sounds exactly like something I don’t want to watch, but Brooklyn Nine-Nine’s incredibly diverse cast and rapid-fire jokes make the genre feel fresh and enjoyable (at least, during the 20-minute episodes). Haven’t caught an episode yet? Don’t worry, you can pop in anytime — it’s a fairly singular series — but don’t be surprised if you’re tweeting within five minutes about how Andre Braugher is the funniest person alive. It’s true. He is. 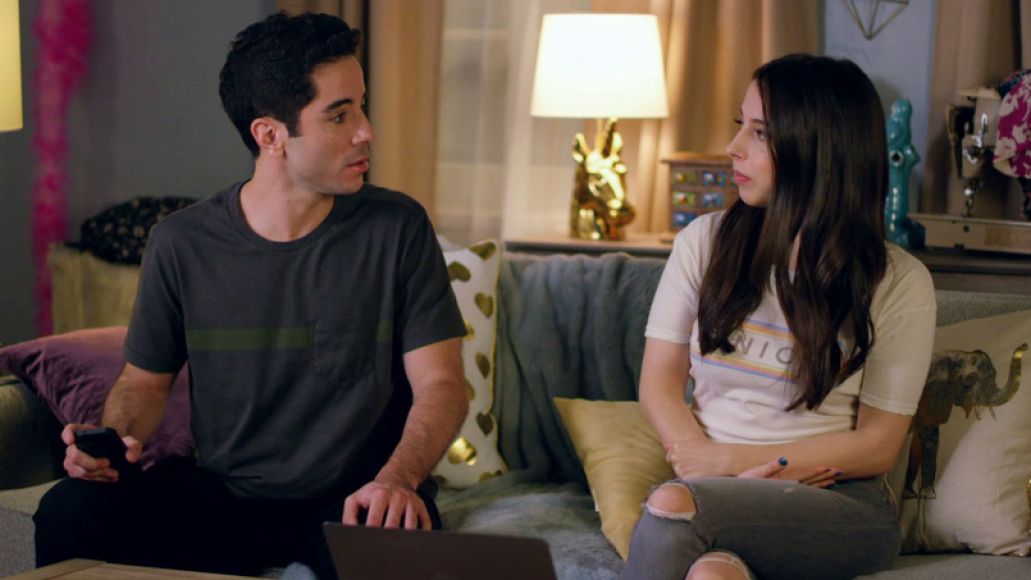 Produced by Andy Samberg, Akiva Schaffer, and Jorma Taccone, aka The Lonely Island, Alone Together focuses on two young adult best friends, a guy (Benji Aflalo) and a girl (Esther Povitsky), who everyone thinks should date. The “just friends” concept is definitely tired, but the show’s sharp dialogue gives it an edge. What’s more, Freeform already renewed it for a second season ahead of its premiere. Here’s hoping the Lonely Island’s Hot Rod humor shines through.

Stay tuned for: Lines like “I haven’t done under-the-pants stuff with a girl since my ska band broke up” 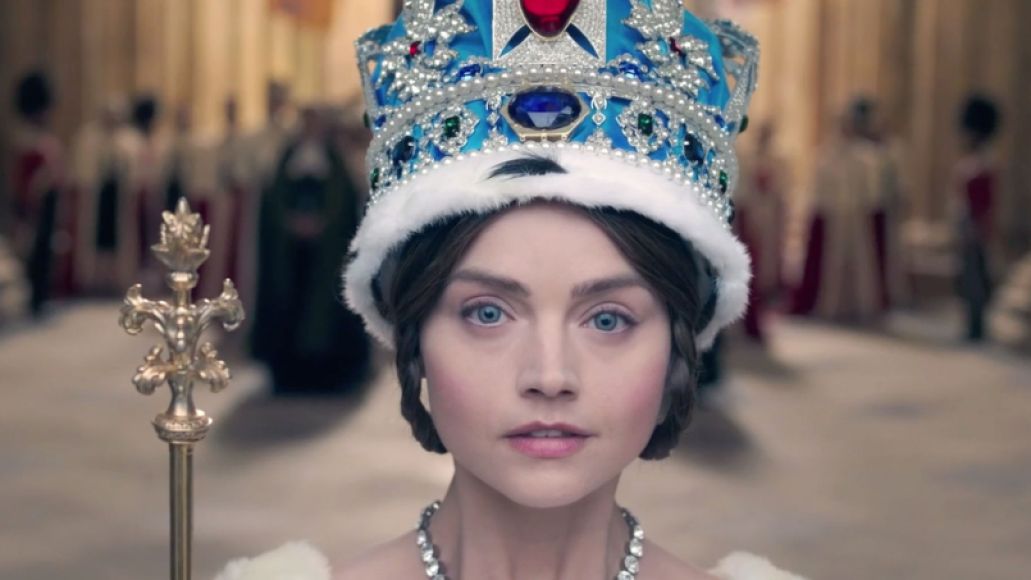 “To be a queen I must rule, yet to be a wife it seems I must submit.” With Victoria, creator Daisy Goodwin eschews the typical period piece model in favor of an intimate, honest portrayal of the female leader. The difficulties Victoria (Jenna Coleman) faces as a woman in a male-dominated milieu nods to our current examination of outdated gender roles, but what resonates more is Victoria’s ability to rise above it. Decadent costumes and settings will make you nostalgic for a time you never experienced. 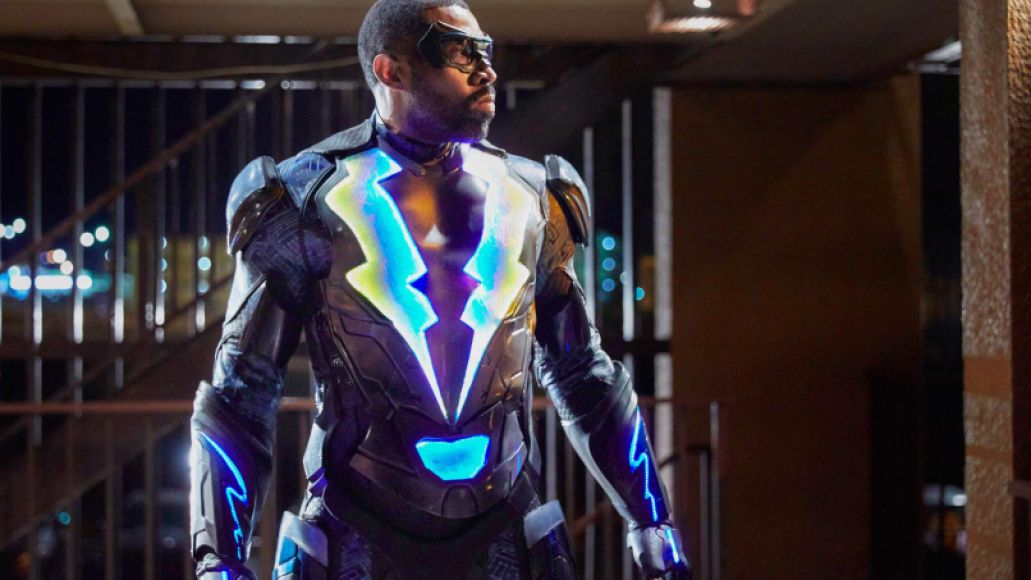 Executive Producer Salim Akil says Black Lightning will “have an authentic black voice,” one centered around “the Obamas of the superhero world.” Led by Cress Williams, who plays former superhero Jefferson Pierce, the show will tackle topical issues of police brutality and race relations, which distinguishes Black Lightning from the lighter fantasy of the CW’s DC Comics-centric “Arrowverse” that includes Arrow, The Flash, Supergirl, and Legends of Tomorrow. 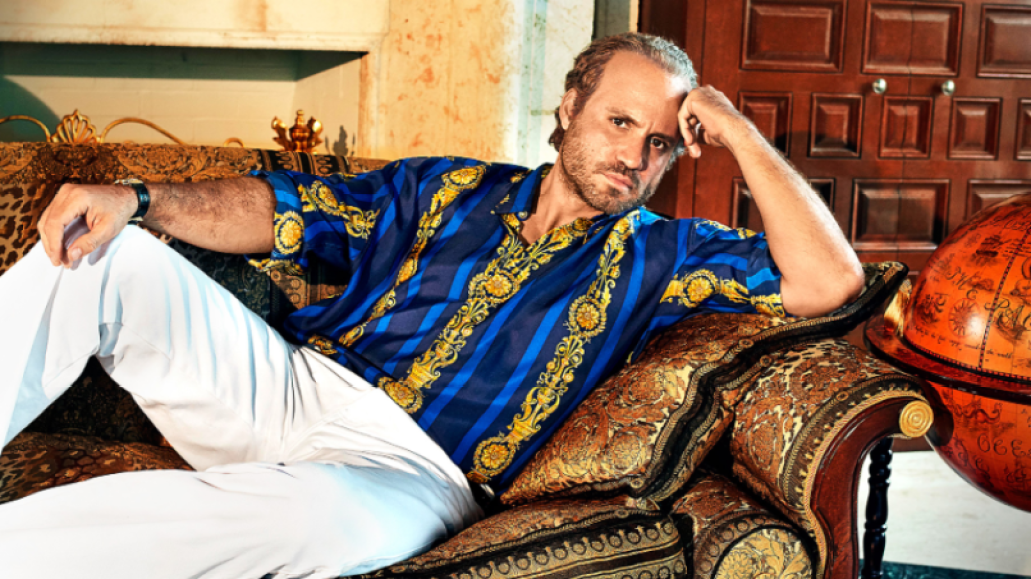 Ryan Murphy’s American Crime Stories will move on from OJ Simpson to trace the 1997 murder of world-renowned Italian fashion designer Gianni Versace (Edgar Ramirez) at his Miami villa. Trailers hint at a glammed up version of American Psycho: there’s the handsome, polished murderer Andrew Cunanan (Darren Criss) on a gay-men-targeted killing spree, and there’s the twisted glitz of a mourning Donatella Versace (Penelope Cruz). Executive Producer Brad Simpson says “Andrew’s journey is a journey in the politics of homosexuality as they played out across America in the 1990s.” And yes, Ricky Martin is involved. 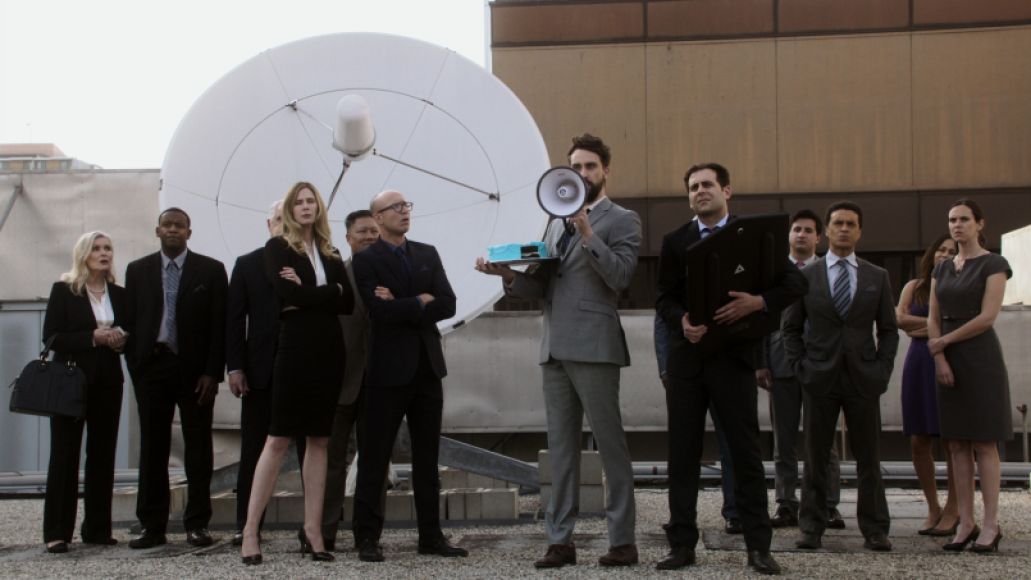 Workaholics’ goofy office shenanigans ended last March, and now it seems as if Comedy Central is readapting the workplace comedy trope for a darker landscape with its new series, Corporate. Writers and Executive Producers Matt Ingebretson and Jake Weisman star as bottom-rung Junior Executives-in-Training at one of largest corporations in the world. Navigating a confusingly harsh workplace, Ingebretson and Weisman’s characters relay some of the ambition and depression of late capitalism. 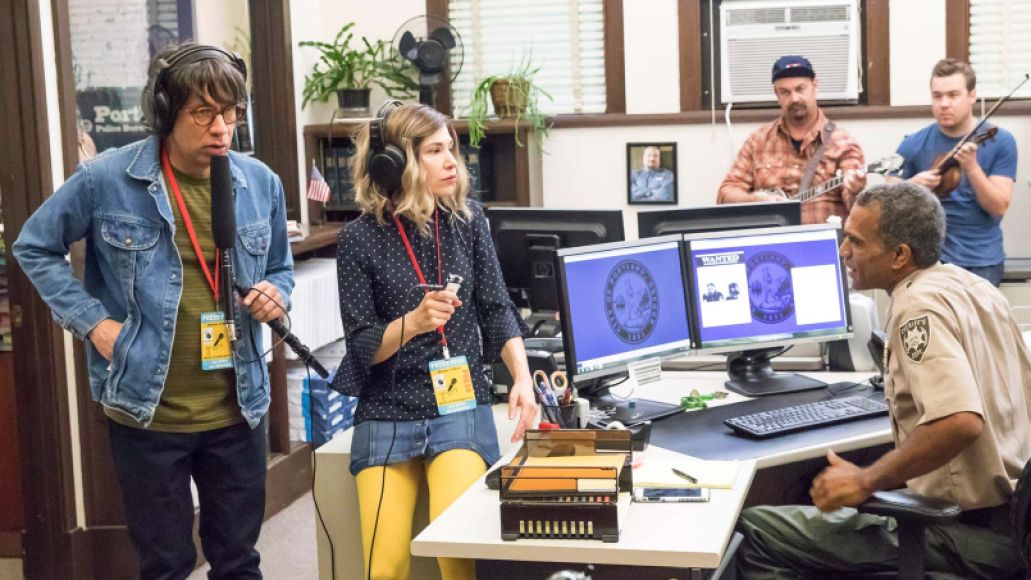 Carrie Brownstein and Fred Armisen’s city of eccentric characters — feminist bookstore owners Toni and Candace, the unxious couple Pete and Nance, the nostalgic, bitter punk Spyke — will return to mock 21st century hipsterdom for one last season. The series will close out with recurring guest characters like Jeff Goldblum and Kumail Nanjiani, as well as new guests including Kurt Vile and John Mulaney. 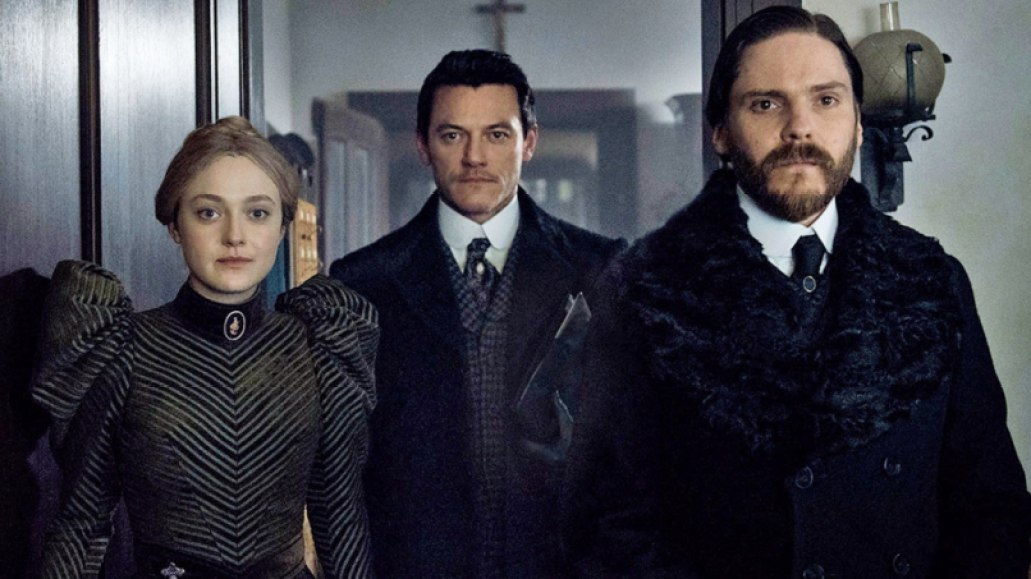 Dr. Laszlo Kreizler (Daniel Bruhl) is the alienist, a criminal psychologist who teams up with local news illustrator John Moore (Luke Evans) and aspiring detective Sara Howard (Dakota Fanning) to investigate the murders of boy prostitutes in 1896 New York City. The period mystery is based on Caleb Carr’s titular novel, but alters its angle, incorporating perspectives from the killer and Fanning’s character. Instances of economic, first world, and gender-based privilege convey the story’s modern-day relevance. 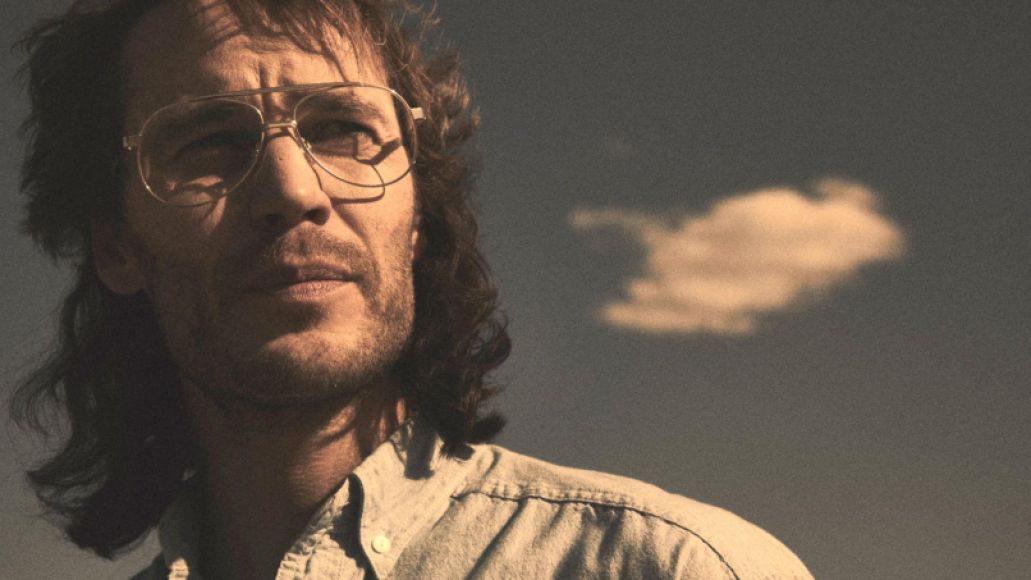 Spike TV’s rebranding to Paramount Network is off to a strong start with this six-part television event, retracing the 1993 Waco, Texas siege. The violent 51-day standoff between the Bureau of Alcohol, Tobacco, and Firearms and David Koresh (Taylor Kitsch) of the Branch Davidians will be looked at from either side. With power and corruption at its core, this story is a warning and reminder of history’s tendency to repeat itself. 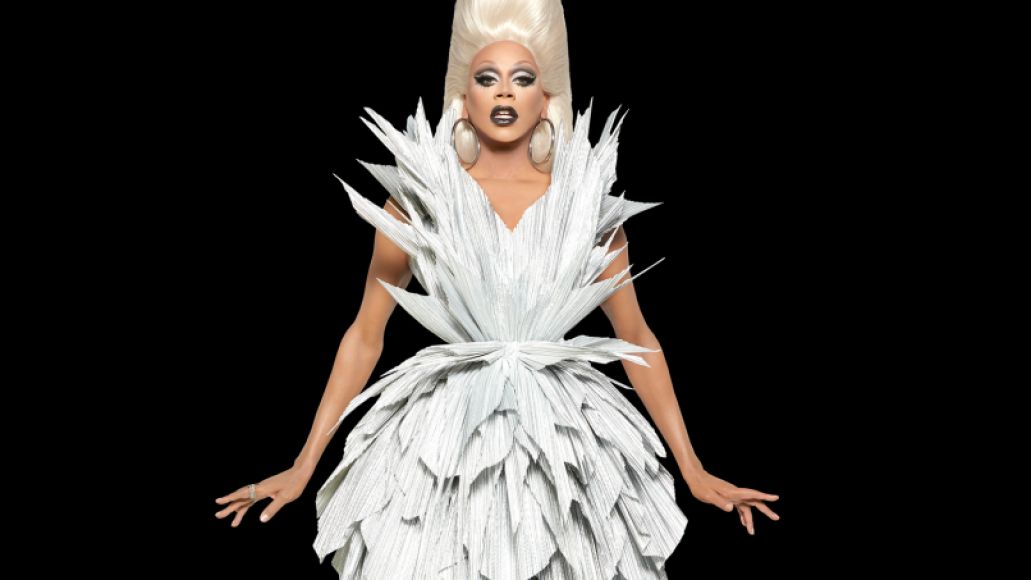 RuPaul’s Drag Race All Stars brings together former RuPaul’s Drag Race contestants who really knew how to sissy that walk. This season’s queens include favorites like Chi Chi DeVayne, BenDeLaCreme, Shangela, and the Barbie doll-influenced Trixie Mattel. Quotable catchphrases and otherworldly costumes only make up a sliver of the show’s pure, unabashed fun. Lip-syncing competitions, acting, and dance-offs will determine the champion. 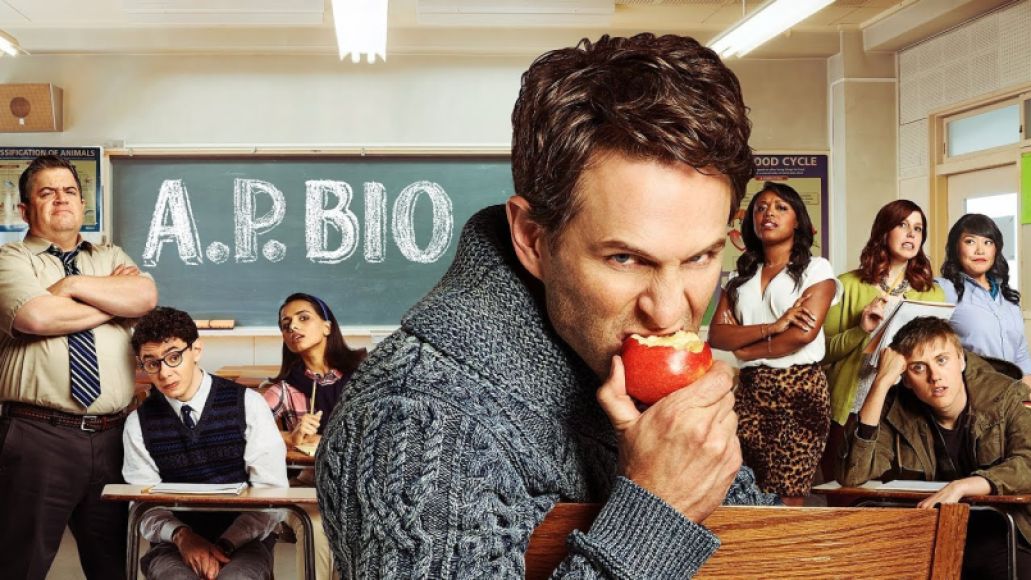 Glenn Howerton, best known for his role as sociopath Dennis Reynolds on It’s Always Sunny In Philadelphia, takes cues from his own playbook for NBC’s new series, A.P. Bio. He plays Jack Griffin, a self-impressed Harvard grad who is forced to teach — wait for it — A.P. Bio after being rejected from his dream job. Produced by NBC mainstays Seth Meyers and Lorne Michaels, A.P. Bio has a good chance of being a real comic tour-de-force for its central character. 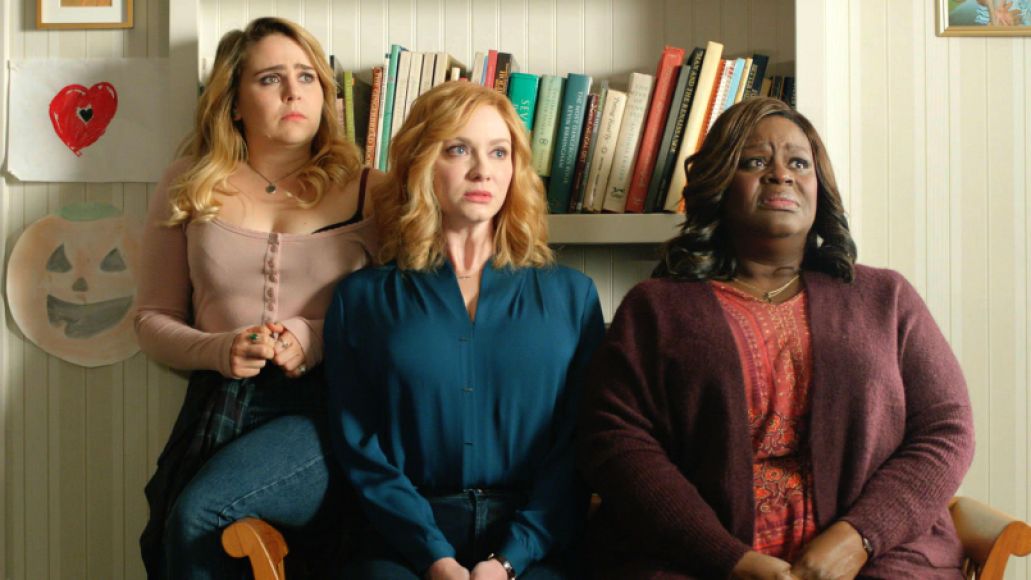 When life starts to spiral out of control — with cheating husbands, custody lawsuits, and sick children — three suburban moms ground themselves by robbing a grocery store. Christina Hendricks (Mad Men), Retta (Parks & Recreation), and Mae Whitman (The DUFF) are the perfect, unexpected casting choices to sell this plot, created by Jenna Bans (Grey’s Anatomy, Scandal), which appears to be inspired by the likes of Bad Moms, Breaking Bad, and Spring Breakers. That has us for at least one episode.

Unsolved: The Murders of Tupac and the Notorious B.I.G 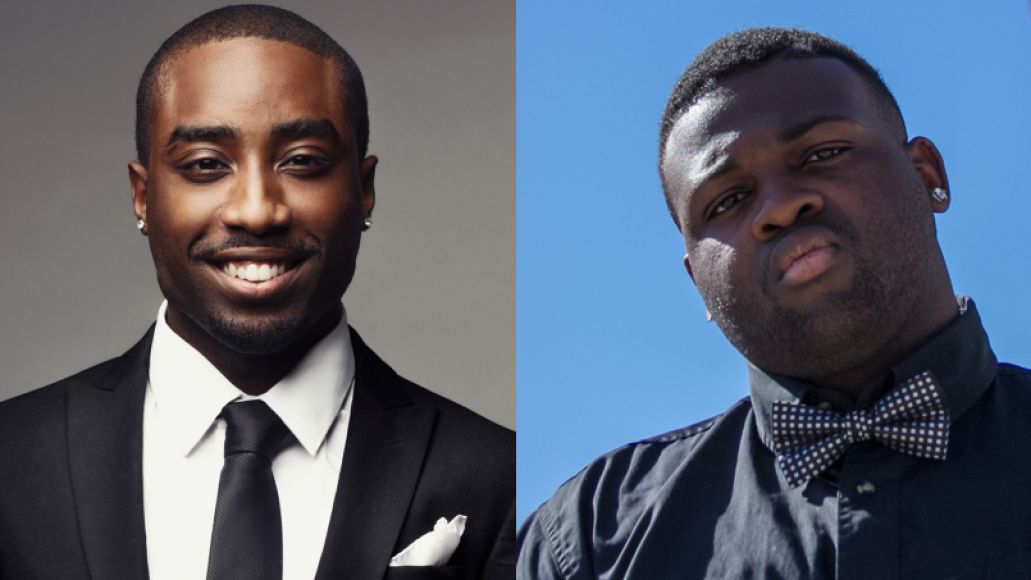 The murder of Tupac Shakur and Biggie Smalls still haunts us two decades later. Which is why we’re psyched to see how USA’s new anthology series, Unsolved, will attempt to tackle the respective investigations. The two late rappers are played by Wavyy Jones and Marcc Rose, respectively, and their stories will be told through the interweaving narratives of LAPD Detective Greg Kading (Josh Duhamel) and Detective Russell Poole (Jimmi Simpson). Here’s hoping this has Mr. Robot-levels of quality.

Stay tuned for: Answers (probably not)