Stories follow familiar patterns. That’s part of what makes so many of them comforting. That’s perhaps especially true on television. Friends, Cheers, and Law & Order are as reliable as a can of Campbell’s Chicken Noodle, but even the most groundbreaking, genre-defying outings still use the underpinnings of these templates to reach a more surprising point. The Wire has all the trappings of a police procedural, and The Sopranos that of a crime saga. In that one way, if no other, they’re familiar, even a little cozy. That’s part of what makes Alone Together, which made its debut on Freeform last night, such an unexpected treat: It’s not remotely comforting.

Created by stars Esther Povitsky and Benji Aflalo with Eben Russell (and produced by The Lonely Island), Alone Together is about as warm and cuddly as a canker sore, and I mean that as a compliment. Esther and Benji (the fictional versions) are sometimes casually cruel and frequently hypocritical; they don’t treat each other with any real warmth, nor do they express much in the way of either joy or pain. The things they want aren’t wanted urgently, and nothing’s lingered over. There’s exactly one point on which they’re adamant, and it’s the one thing the rest of the characters won’t shut up about. They are not a couple, and they will never be a couple. Nope, not ever, gross, shut up, disgusting, moving on. 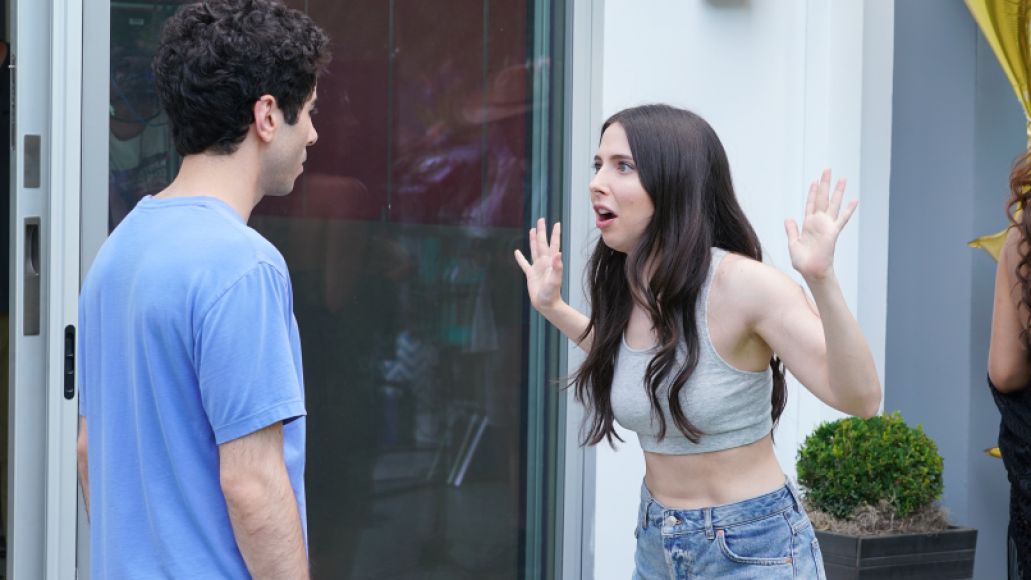 If that sounds to you like the perfect setup for one of the most famous go-tos in storytelling — the “will-they-or-won’t-they” — you’re exactly right. That’s how these things start. And yet it couldn’t be more obvious that Alone Together isn’t remotely interested in that kind of story. “I’d rather let an entire Greyhound bus spit in my mouth than have sex with Benji,” Esther says, and you believe her. “No offense,” she adds, as a quick aside. He doesn’t even turn to look as she says it. It’s a non-issue, because it’s never going to happen. There’s not so much as a flicker of irritation, because they have to have this conversation all the time.

What’s even better is that Povitsky and Aflalo don’t stop at subverting that trope. Yes, Esther and Benji are platonic friends, but it isn’t simply that they aren’t, and will never be, together. It’s that no one in their right mind, no one with any idea of who these people are or how they operate as a pair, would want to see them together. Even with the limited amount of time we spend with these characters in the pilot, it’s clear that their friendship is one in which there’s some meanness and no small amount of carelessness, but it doesn’t matter because they’re both getting exactly what they need: companionship, jokes, shared food, and Daria. The second this relationship got well and truly complicated, it would be a parade of dysfunction. It’s not a will-they-or-won’t-they, it’s a they-won’t-and-thank-god. 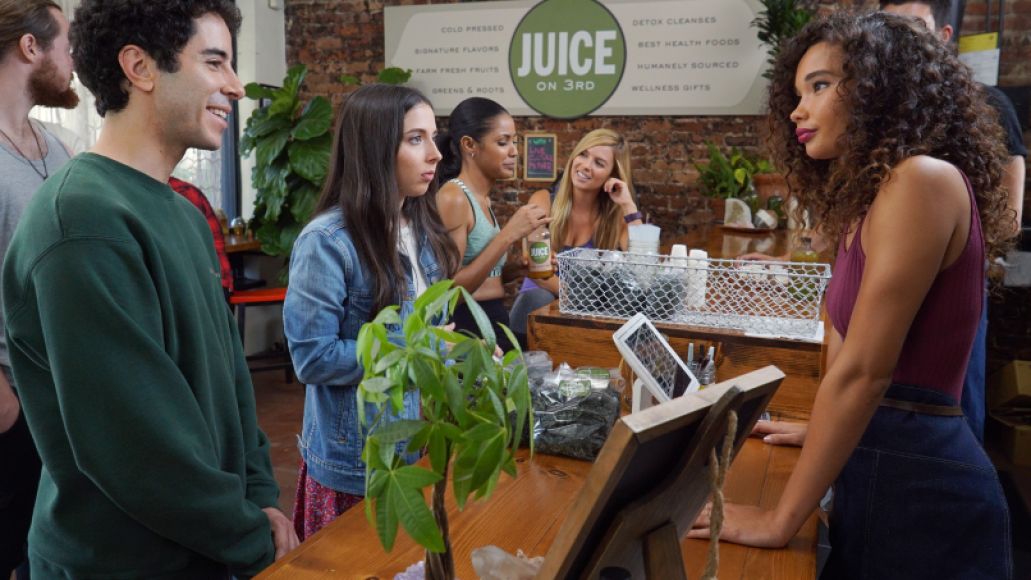 Listen, if Alone Together constantly hits this point, it’ll be too much. Freeform has already renewed the series for a second season, and one episode was more than enough to make this aspect of their relationship crystal clear. There’s no question of when and how they’ll fall in love, and that frees up time: time for an exploration of a peculiar friendship, for a look at what it’s like to be small and awkward in the land of the tall and gorgeous, and for several more marathons of Daria. We’ll just get to see two people being strange, funny, and alone — you guessed it — together.

Line of the Week: “Why don’t you try to find something, like, more in your wheelhouse? Have you thought about, like, being a notary or something?”

MVP: It seems unfair to pick either Povitsky or Aflalo, since to choose one would be to omit the other, and this is definitely a double-act. Instead, let’s go with Parks and Recreation’s Jim O’Heir, whose final line is a total Jerry Gergich moment.

I’m sorry, what? In a show filled with actions that range from ill-advised to downright messed-up, the moment in which Esther picks her mouthguard out of the mud and puts it in her mouth has got to take the cake. Even before the mud, it was covered with what’s probably not actually pesto.

Up Next on TV Party: We’re getting ready to fall into Philip K. Dick’s Electric Dreams, which premieres on Amazon first thing tomorrow. Keep your eyes peeled for Clint Worthington’s early look.