Let’s allow Caroline Framke of Vox to kick this off for us, with a succinct reminder about our favorite drunken aunt of an awards show: Globes gonna Globe.

Based on its placement in the run-up to the Oscars, as well as its often entertaining (read: open bar) awards ceremony, the Globes often get treated as a weather vane for what’s to come. It’s easy to understand why: something wins big in the Musical or Comedy category before the Academy of Motion Picture Arts and Sciences has finished submitting its nominations, and all of a sudden it’s got momentum. It’s already racking up prizes! Winners have given charming, perhaps slightly tipsy speeches! A moderate hit becomes a bigger one! On the flip side, maybe a heralded film in a crowded field gets shut out, and there are whispers of a snub. Thinkpieces are written — Why Are We Ignoring That Movie? Suddenly, voting for one of several great films becomes something of a righteous act. And, of course, there’s a possibility of backlash or boredom. Life comes at you fast, even if you’re a movie star.

With all that, is it any wonder that the Globes feel bigger and more significant each year? What all that buzz and press hides, however, is that this is a mercurial group with a small voting base who are consistent in only one respect: they’re all over the place. That’s how you get previous wins for Gina Rodriguez and Rachel Bloom followed by radio silence, or plenty of love for Call Me by Your Name, though none in the categories of Screenplay or Director. It makes for an interesting list with some unexpected (and often welcome) names — looking at you, SMILF! — but also with loads of seemingly inexplicable snubs. That’s the Globes. That, and loads of alcohol.

So, here we are, and though you likely have a number of complaints about this roster — we sure do — it sure as hell isn’t a boring lineup. What follows are our sometimes disgruntled, sometimes delighted picks for who should win and our totally baseless predictions for who will. Consider them our personal shots in the dark, but I wouldn’t put any money down. After all, Globes gonna Globe. We’ll be watching, drinks in hand, on January 7th. 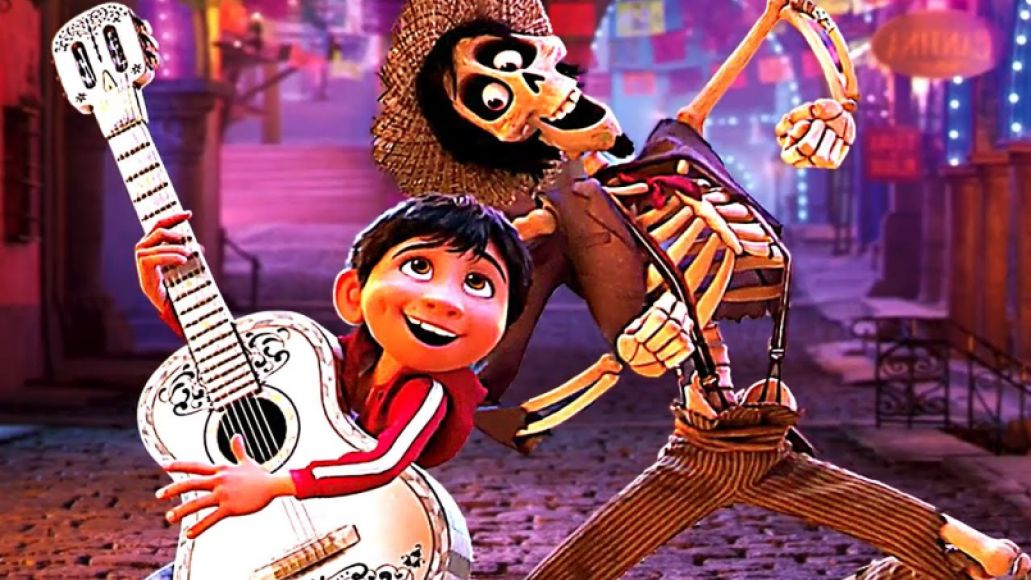 What Should Win: Coco
What Will Win: Coco

What a time to be alive, when The Boss Baby can go from a goofy Twitter meme to a Golden Globes nominee in less than a year flat. But yeah, this one goes to the Pixar movie, both because it’s a Pixar movie and because Coco is one of the studio’s best outings in recent years. In a less stacked year for film overall, you’d be hearing a lot more about it as a possible Best Picture nominee. –Dominick Suzanne-Mayer 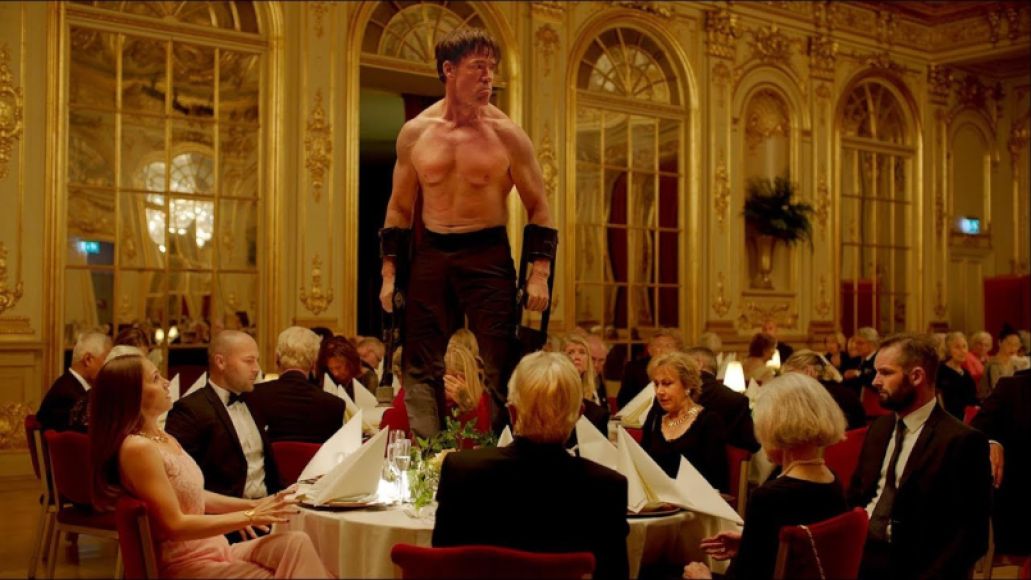 This is an exceptionally strong category all around, but our money goes with what’s probably the highest-profile offering on hand that isn’t directed by Angelina Jolie. Not only did The Square take top honors at this year’s Cannes Film Festival, but artists love movies about art, and its fanged take on the vapid, money-driven world of modern art exhibition seems to be right up the Globes’ alley. –Dominick Suzanne-Mayer 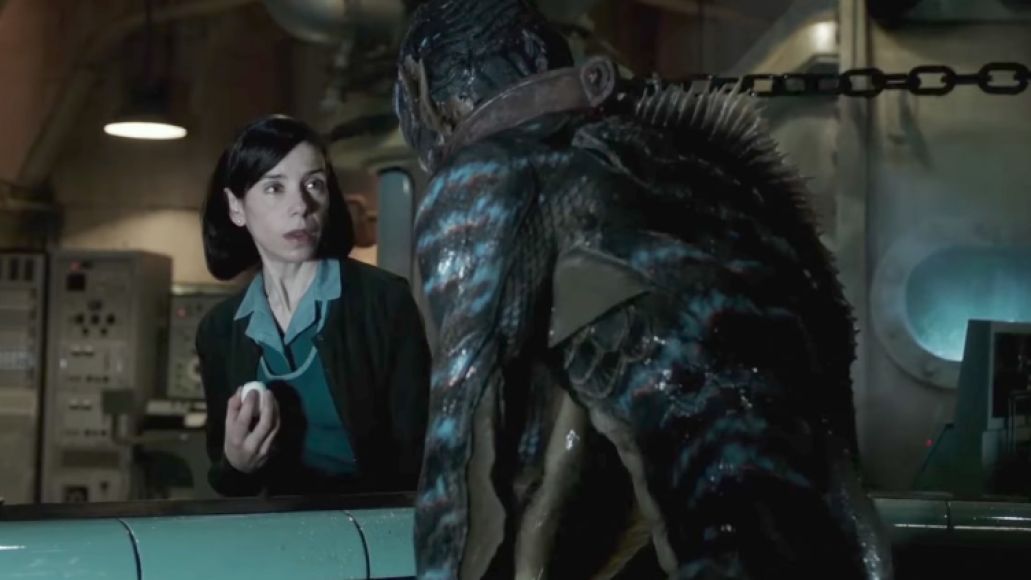 Who Should Win: Lady Bird
Who Will Win: The Shape of Water

Before you start tearing your hair out (as we did) over the exclusion of probable Oscar nominees like Call Me by Your Name, Get Out, and The Emoji Movie, take a deep breath and note the omission of either ‘original’ or ‘adapted’ above. The Hollywood Foreign Press Association doesn’t distinguish between the two categories, so this category is always a little odd. Lady Bird’s thoughtful, compassionate coming-of-age story should snatch a win here, but we’re guessing the widespread love for Guillermo Del Toro’s Cold War fish man romance will sweep it to victory here, as well. –Allison Shoemaker 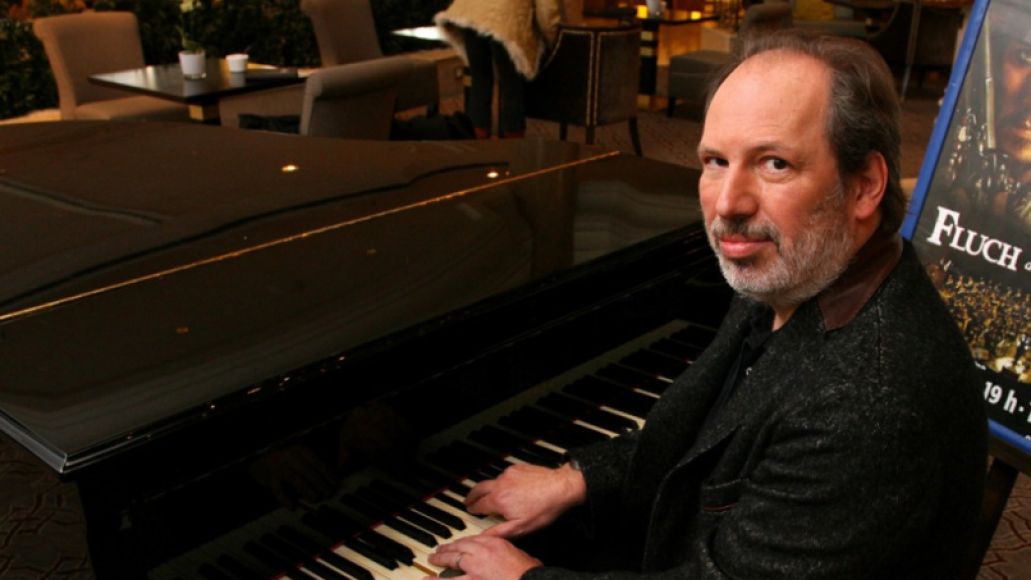 Who Should Win: Jonny Greenwood
Who Will Win: Hans Zimmer

Our pick (and the Globes, we think) will go to the two composers doing really radical stuff: we love Zimmer blurring the lines between score and sound design in Dunkirk, but the haunting, unsettling strings and piano of Jonny Greenwood’s work on Phantom Thread gets the pick from us (mostly because we expect some There Will Be Blood shenanigans will happen due to the heavy use of existing classical music in the film). –Clint Worthington 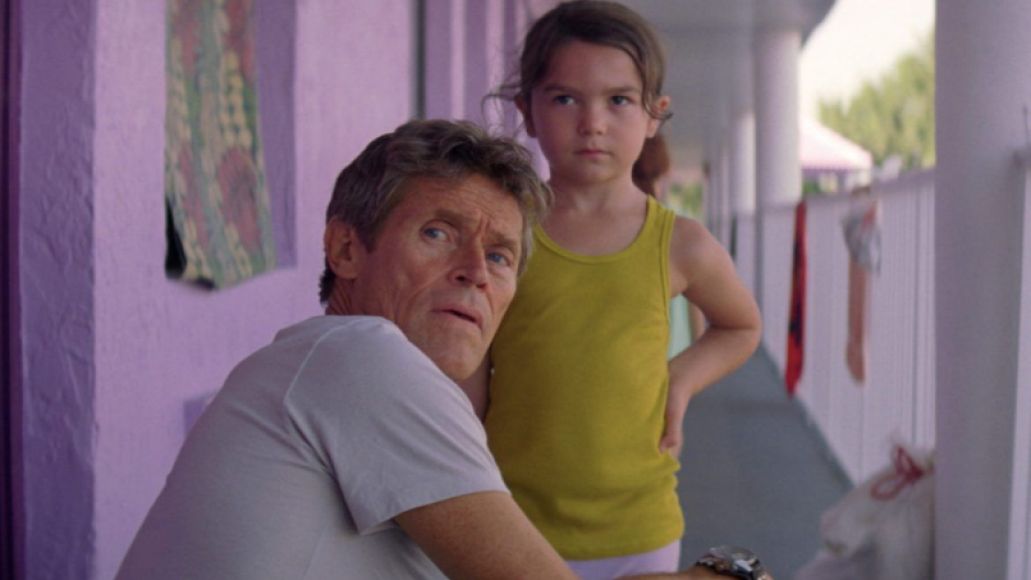 Armie Hammer – Call Me By Your Name
Richard Jenkins – The Shape of Water
Sam Rockwell – Three Billboards Outside Ebbing, Missouri
Willem Dafoe – The Florida Project
Christopher Plummer – All the Money in the World

To say the least, it’s a bit unusual to see a nomination for Plummer, given that a) nobody’s really seen All the Money in the World as of this writing, and b) it’s a performance shot under the gun in just a few days’ time. But hey, if his Spacey-supplanting work is good enough for the HFPA, it’ll hopefully be good enough for the rest of us. Anyway, for all of the great performances in this category, the day and probably most of the upcoming awards season will belong to Dafoe’s humane portrayal of a motel owner forced to walk the line between empathizing with his embattled residents and doing his job. –Dominick Suzanne-Mayer 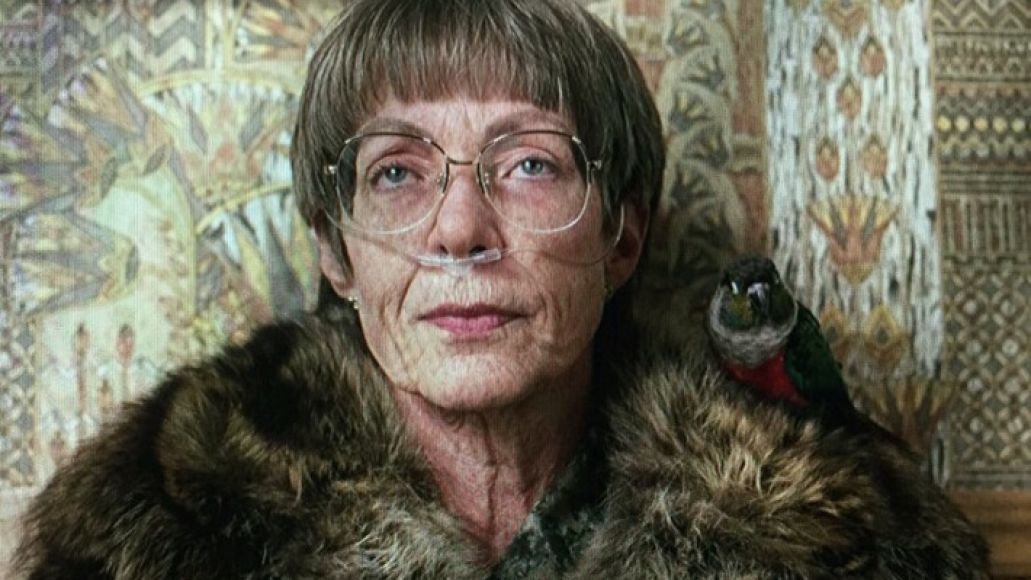 Who Should Win: Laurie Metcalf
Who Will Win: Allison Janney

Globes voters will be particularly hard-pressed to pick between fierce, protective mamas in Metcalf and Janney, but the rest of the field is fairly solid. Spencer’s performance is fantastic, but suffers from the rest of the ensemble being just as impeccable, and Chau does fine work in Downsizing, but struggles to overcome the script’s suspect racial politics (and the character’s pidgin English). Personally, we think Metcalf’s work in Lady Bird is revelatory and deserves recognition, but it’s possible that Janney’s brio in the showier film of the two might pull her through. –Clint Worthington 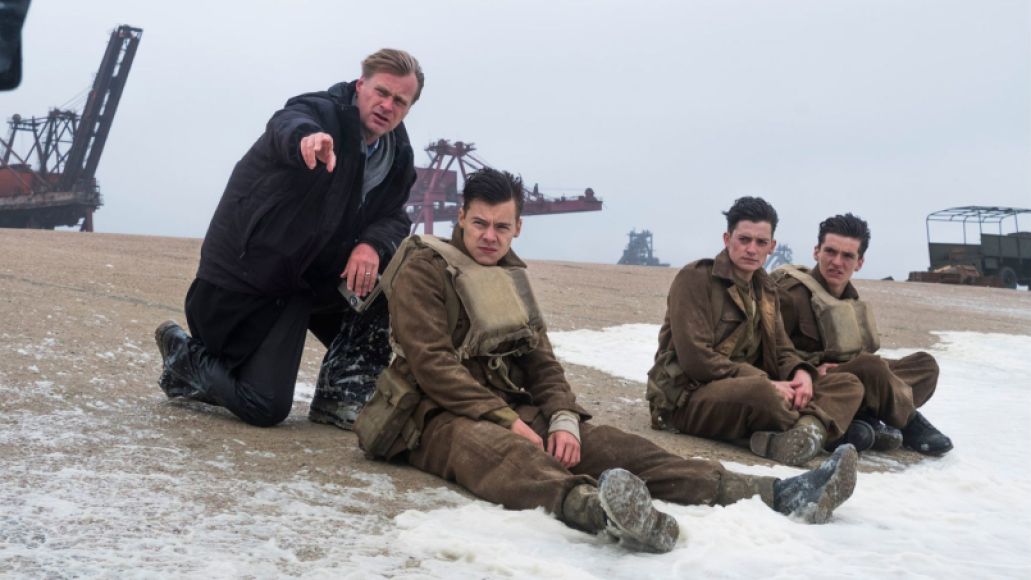 Christopher Nolan built his career by bringing grandeur, elegance, and a sweeping vision to classic genre, with his oeuvre encompassing everything from crime (Memento, Insomnia) to sci-fi (Inception, Interstellar) to action (The Dark Knight). War epics like Dunkirk have always been awards fodder, but Nolan’s breathless, breakneck approach gives the sober material a sense of immediacy and danger that jibes with both his vision and what the Hollywood cognoscenti values in a historical document. —Randall Colburn

Best Performance by an Actor in a Motion Picture, Comedy or Musical 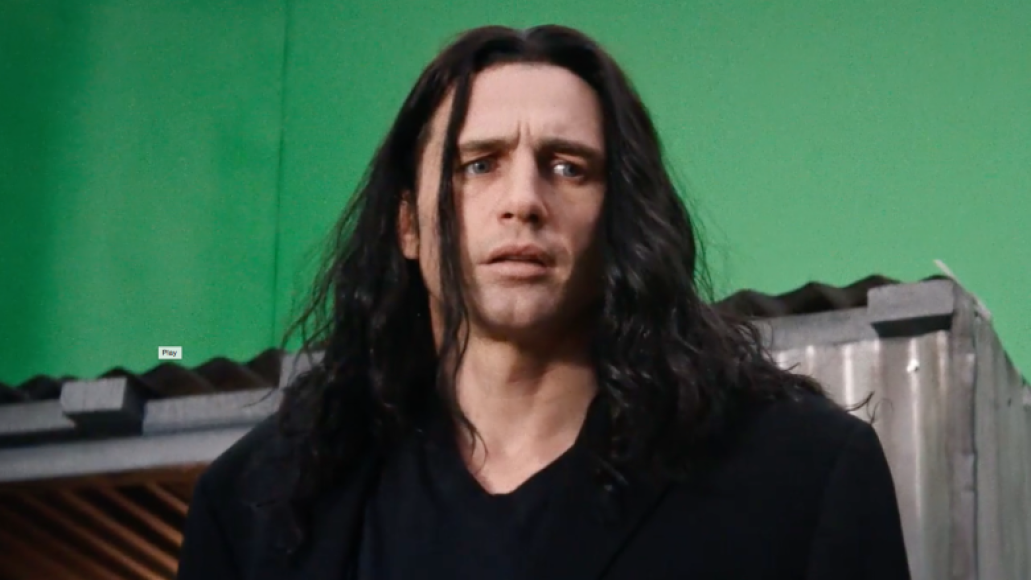 Who Should Win: Daniel Kaluuya (or the inexplicably absent Kumail Nanjiani)
Who Will Win: James Franco

Is Get Out a comedy? It sure as shit isn’t a musical. Who cares — Kaluuya gives one of the year’s best performances in Jordan Peele’s horror hit, and a general absence of that particular genre from most ceremonies means it’s likely we won’t be seeing his name much from here on out. We’d have loved to see a nomination for Nanjiani, the co-writer and star of summertime gem The Big Sick, but it’s hard to argue with a win for fellow writer-actor (and director!) Franco. That is, unless Hugh Jackman rides in on a sparkly elephant and steals the thing. –Allison Shoemaker

Best Performance by an Actress in a Motion Picture, Comedy or Musical 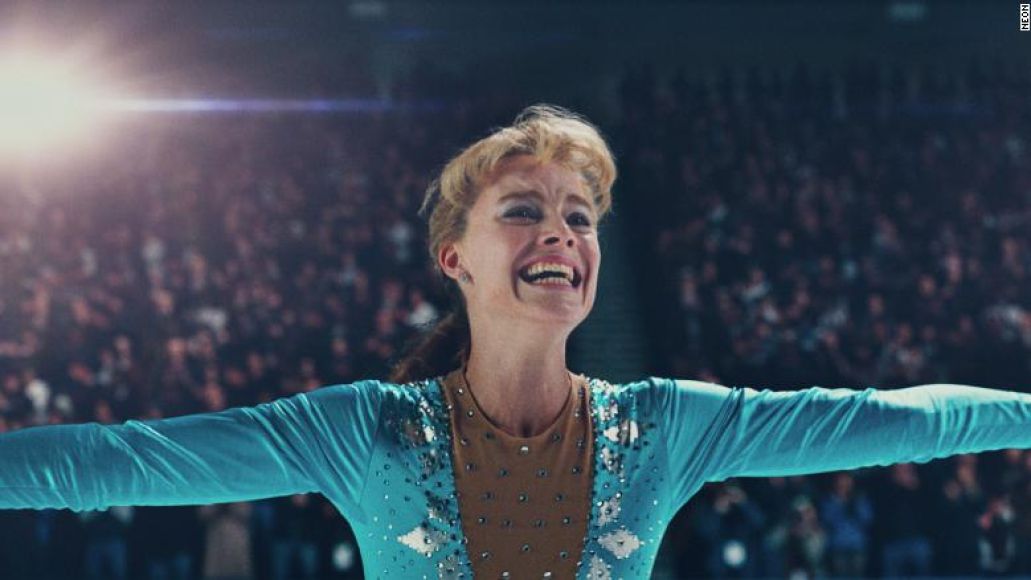 Who Should Win: Saoirse Ronan
Who Will Win: Margot Robbie

Awards tend to gravitate towards actors that “dress down” with makeup, wigs, and, in this instance, braces for a role. Robbie exudes a brash, boldly unlikable aura in I, Tonya while still emerging as a strong and sympathetic figure, but there is a certain level of affectation to the character’s physical manifestation. Ronan’s performance, on the other hand, not only brims with humor and vulnerability, but also represents the steadily rising trend in art of finally offering honest, insightful portraits of millennial coming-of-age narratives. –Randall Colburn

Best Performance by an Actor in a Motion Picture, Drama 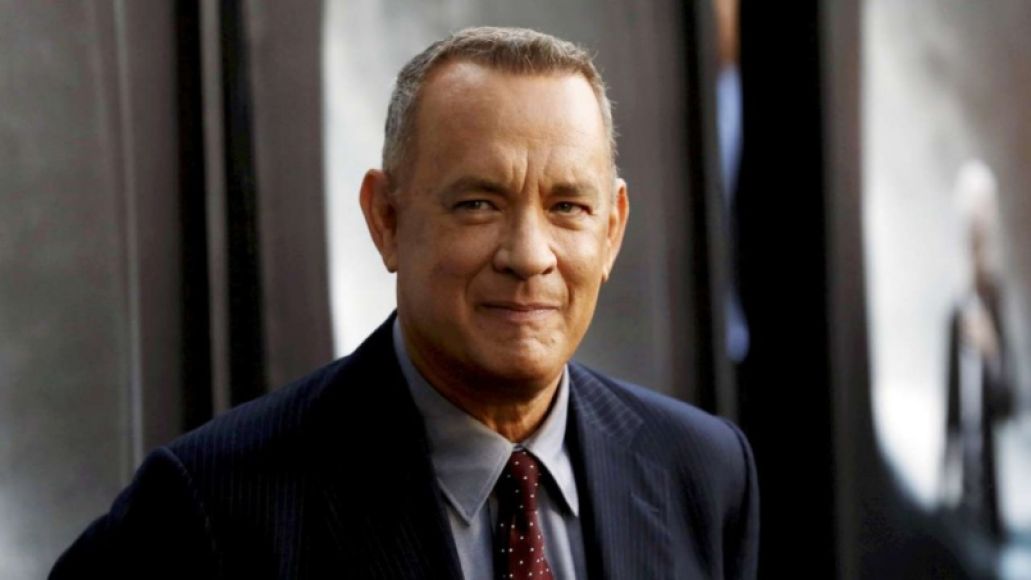 Who Should Win: Daniel Day-Lewis
Who Will Win: Tom Hanks

In what’s shaken out to be an absurdly stacked year for great performances across the board, this is one of the harder categories to call. Chalamet’s turn in Call Me is the very definition of a star-maker, Oldman disappears into his Winston Churchill, and Washington does some of his most emotionally complex work in years in Roman. But while it’s hard to ever bet against Day-Lewis, particularly in what may well be his final onscreen performance, the Globes love a household name, and they love Steven Spielberg, and we have a funny feeling that the combination of those two will be enough to get Hanks some love here. –Dominick Suzanne-Mayer

Best Performance by an Actress in a Motion Picture, Drama 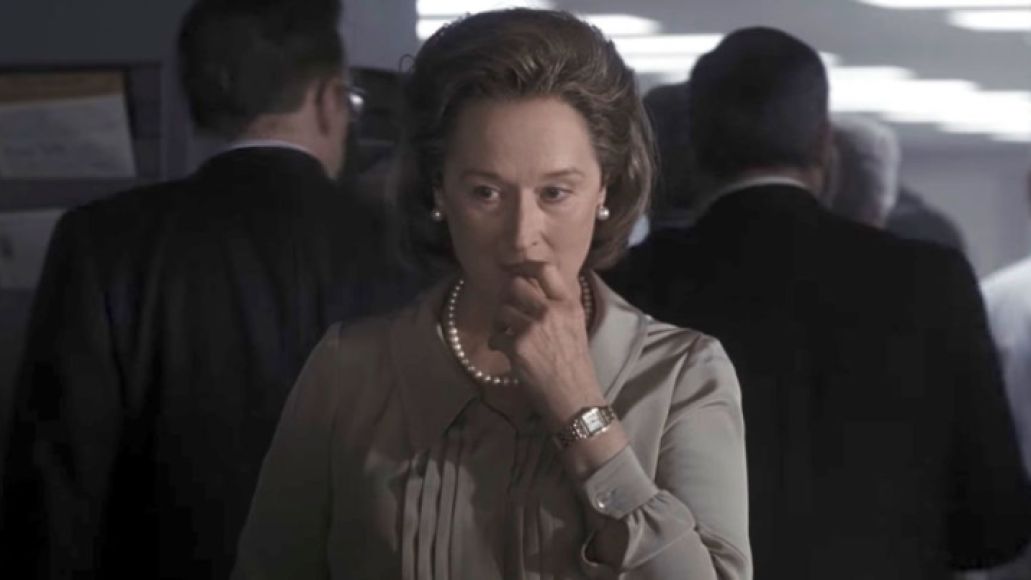 Who Should Win: Sally Hawkins
Who Will Win: Meryl Streep … and that is A-Okay

Apologies, but we cannot comment on All the Money in the World at this time. (We’re not as cool with the access like the HFPA.) But we can talk about four dazzling performances in the field of Best Actress. Cheerily. McDormand raged, and Chastain played. But Streep owned that damn Post, and for whatever faults Spielberg’s rush job newsie may have had, Streep was flawless as Kay Graham, turning around some of her heartiest, most in-depth work in years. That said, for our money, we loved Sally Hawkins’ expressive, hushed performance in The Shape of Water. As a amute cleaning woman, she emoted harder and stronger than most scene-chewing actors do in a lifetime. –Blake Goble 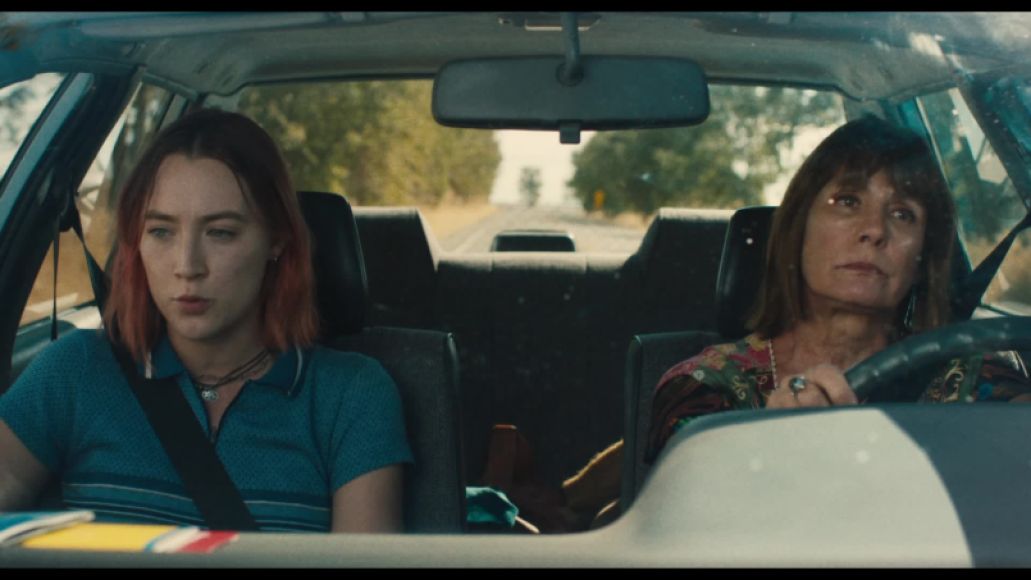 Lady Bird
Get Out
I, Tonya
The Disaster Artist
The Greatest Showman

Spoiler alert: when we release our Top 25 Films of the Year this week, four of these five nominees will be featured in the mix. One of them wasn’t eligible, but we have our trepidations about whether it’d have made the cut anyway. For all of the debate about Get Out being considered a comedy (for our money, it’s more a comedy than a drama, even though it’s a horror thriller above all), Jordan Peele’s directorial debut would have a major shot if it weren’t up against Greta Gerwig’s, which happens to be one of the best movies of 2017. Lady Bird begins its ascent to the Oscar summit here. –Dominick Suzanne-Mayer 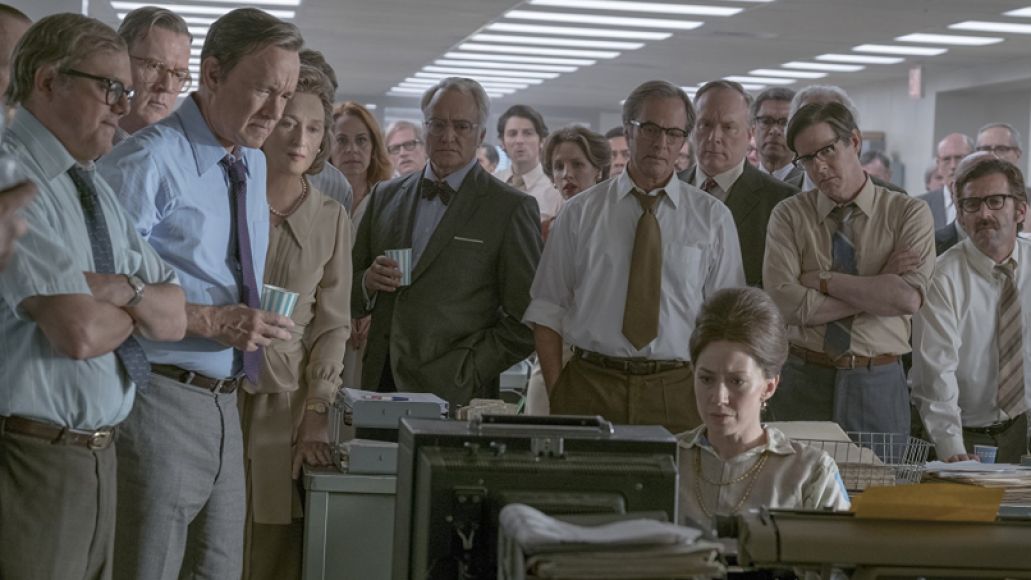 Call Me by Your Name
Dunkirk
The Post
The Shape of Water
Three Billboards Outside Ebbing, Missouri

Who Should Win: Call Me by Your Name
Who Will Win: The Post

We could quibble about this group of nominees — and we will, in fact, given that some of the year’s best films were left in the dust. Still, this is a solid group of films, and Luca Guadagnino’s sensual and sumptuous romance would be a more than worthy winner. There’s a chance it would win, as could Dunkirk or the momentum-heavy The Shape of Water. But a movie about the importance of a free press, as nominated by a bunch of journalists? Come on. –Allison Shoemaker

Golden Globes 2018: Who Will Win, Who Should Win