The Grammys are not known for doing the right thing. But these nominees are just attractive enough to make us wonder if they will. There’s a staggeringly beautiful number of non-white artists who made great work nominated in major categories; even a lightweight like Bruno Mars is a really likable and savvy talent at this point, hooking up with Cardi B for one of the most memorable videos of his career. Perpetually spoiled whiners like Justin Bieber and Ed Sheeran were kept on tight leashes. Fringe pop one-of-a-kinds like Kesha and Lana Del Rey were finally shown some respect, though Paramore is still nowhere to be found and Lady Gaga really deserves a comeback. Surprises like Rapsody and Body Count actually invigorate their respective categories even though they can’t all be winners — there’s a good chance Leonard Cohen’s ashes will lose to Foo Fighters. Mainly, though, this is the JAY-Z and Kendrick show. Here are several of the biggest face-offs of the night. 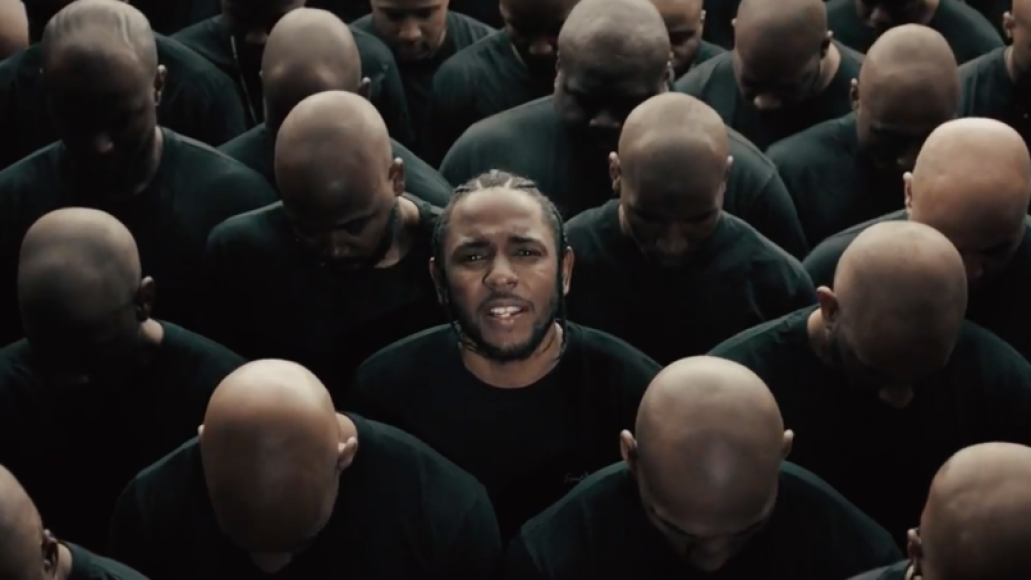 JAY-Z being passed over for Kendrick is hardly a crime, and this could well end up being Sean Carter’s year at the Grammys, but he’d be relatively late to becoming an awards-show darling if that was the case. It’s also thinkable that conservative Grammy voters will find “O.J.”’s Lil’ Sambo imagery too upsetting. Kendrick is so likable that even at his most challenging, he’s become a Grammy fave, so bet on him. 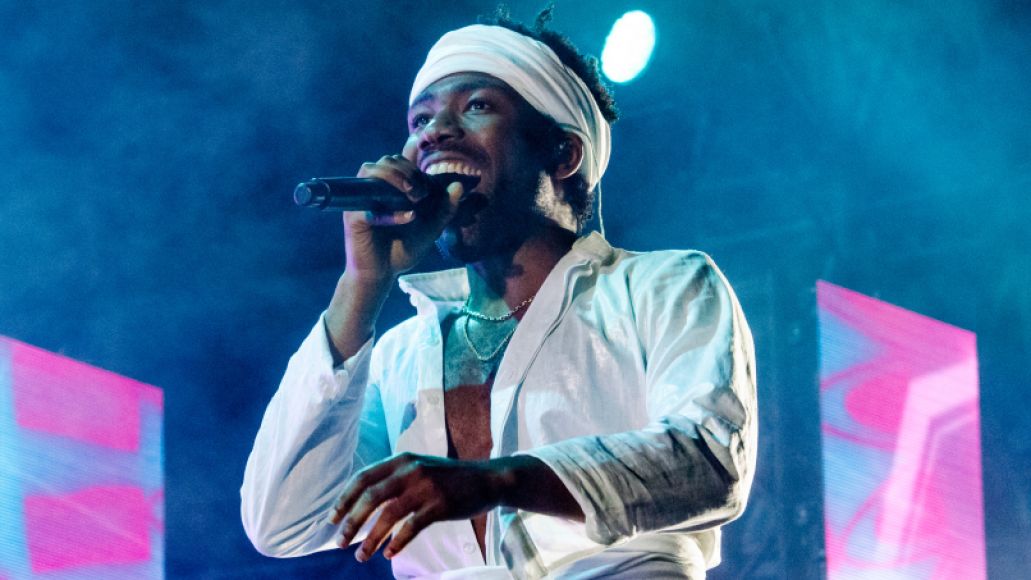 Who should win: Khalid

Who will win: Childish Gambino

SZA almost cuts a Lauryn Hill-style figure for the Grammys, with nearly conversational singing that blurs casually into rapping and always being candid and frank about the current tribulations of dating. But I’m in the minority believing she’ll go on to more ambitious, trickier, riskier things, and she’ll probably be nominated in even bigger categories by then. Khalid, on the other hand, is a bright, young talent and painfully sweet class act who isn’t likely to top the plainspoken innocence of his debut. This is all moot, though, in an entertainment world where Donald Glover reigns supreme, and this will undoubtedly be his consolation prize for not winning AOTY. 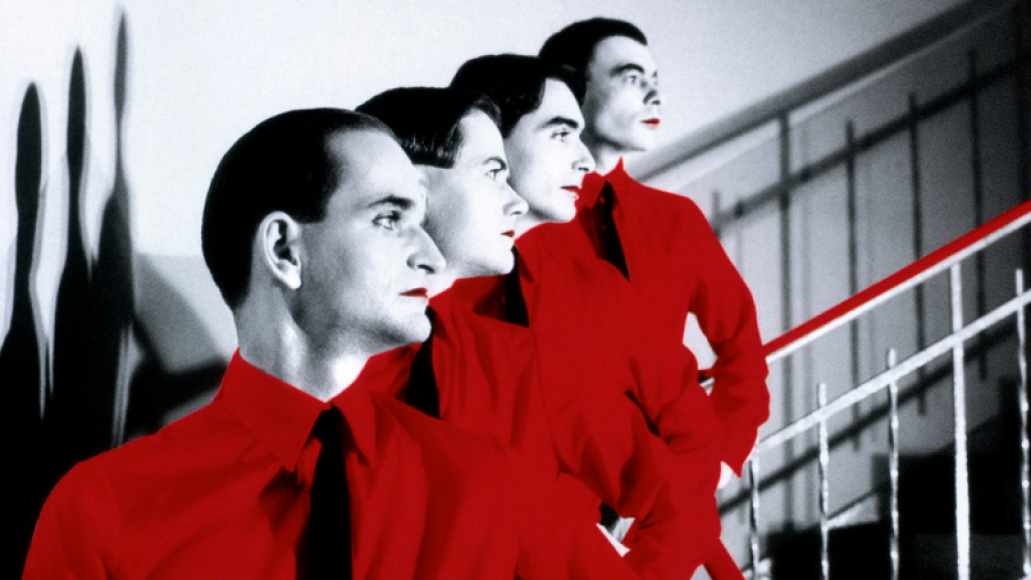 Who should win: Kraftwerk

Who will win: Kraftwerk

Yes, Kraftwerk were given a Lifetime Achievement Award at the 2014 Grammys. But it’s time for electronic music’s most important elder statesmen to win in their category. 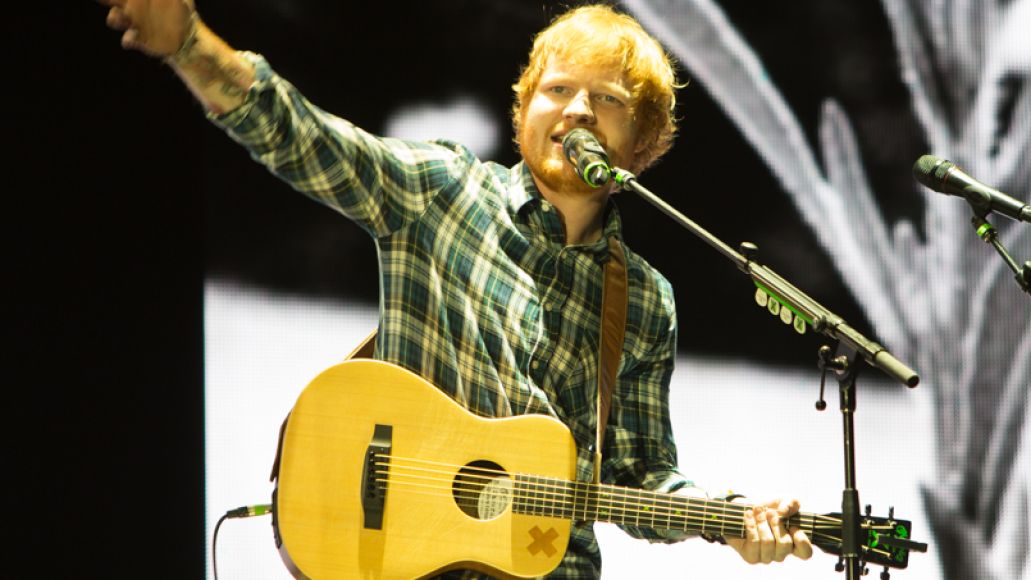 Who should win: Kesha

Who will win: Ed Sheeran 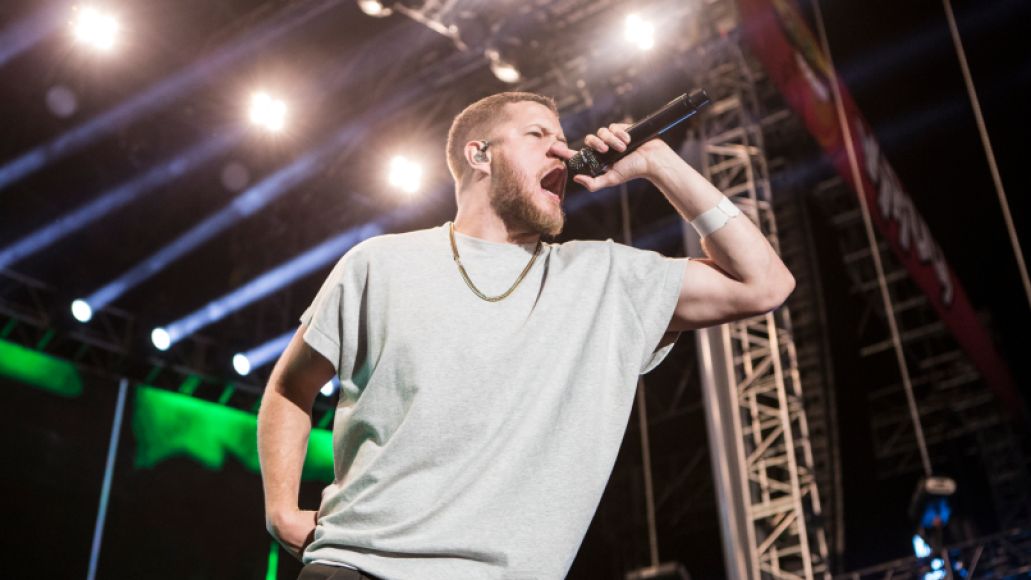 Who will win: Imagine Dragons

A pretty dire batch for this one, though CoS are big fans of “Feel It Still”. “Despacito” was certainly the sexiest and least self-pitying Justin Bieber vehicle to date, and he was rewarded for his good taste with record-breaking ubiquity. Still, hard to imagine anything but Dragons taking this one, unless Coldplay’s historical Grammy pull can bring The Chainsmokers along with them. 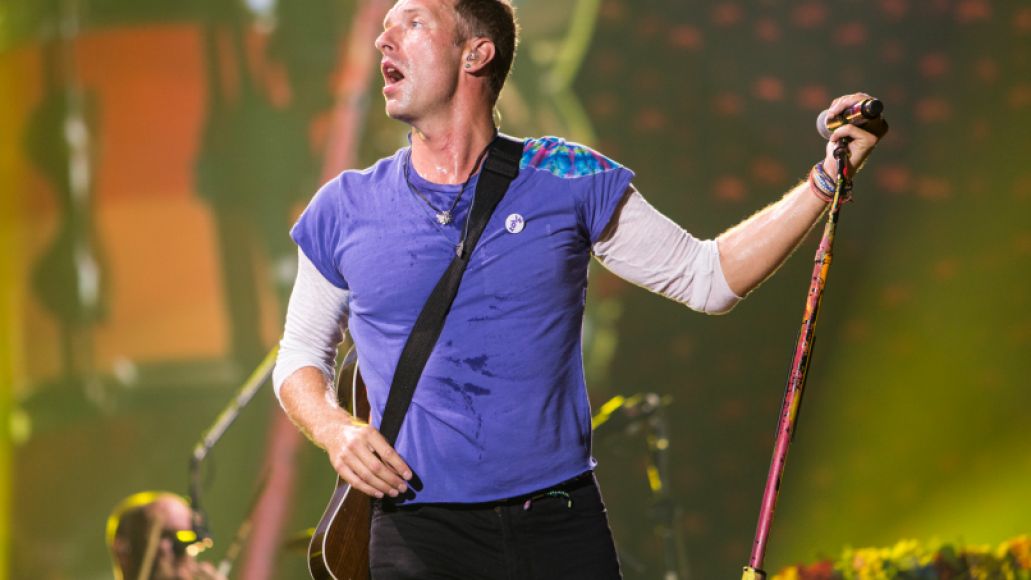 Who should win: Kesha

Who will win: Coldplay

Here’s probably where Coldplay will sweep. They’re the kinds of autopilot privileged fuckers who can toss off an EDM EP like a cigarette butt while underestimated career iconoclasts like Kesha and Lana Del Rey flail around for respectability below the glass ceiling. 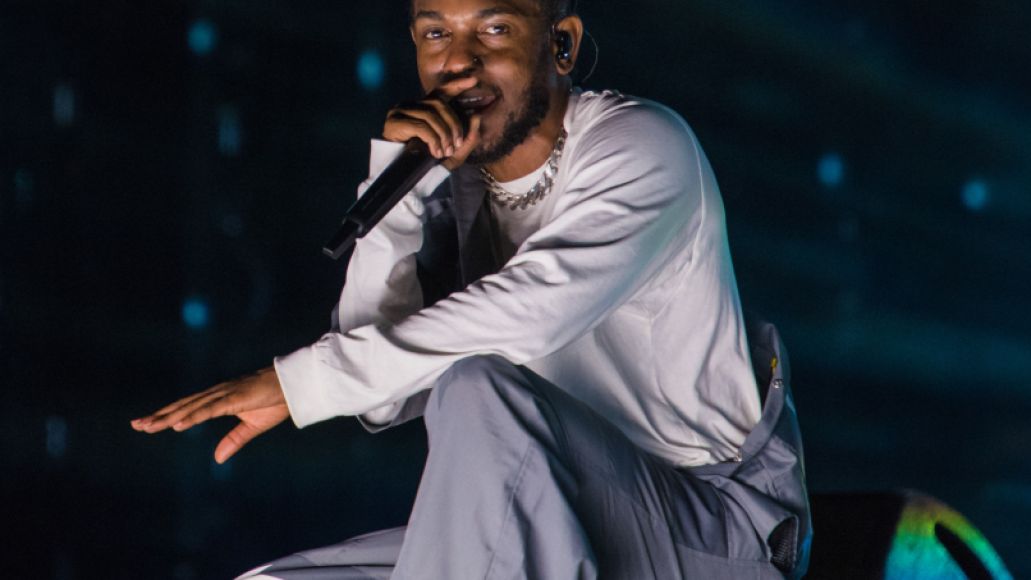 Who should win: Cardi B

Sorry, I just don’t see the Grammys giving it to Jay-Z’s apology for cheating on Beyoncé or a beloved boast by a sex worker turned social media star, nor will Migos’ anthem for the ages be “HUMBLE.” enough either. Hint. 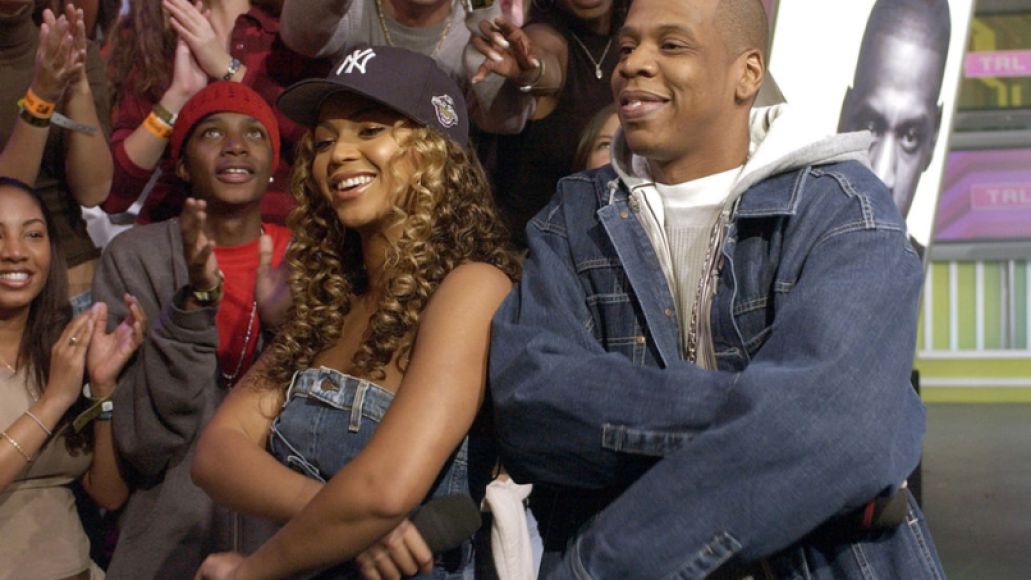 Who should win: JAY-Z and Beyoncé

Who will win: JAY-Z and Beyoncé

This is where JAY triumphs, with no small assist from his reigning queen. Don’t be surprised if they show up to perform this one, too. 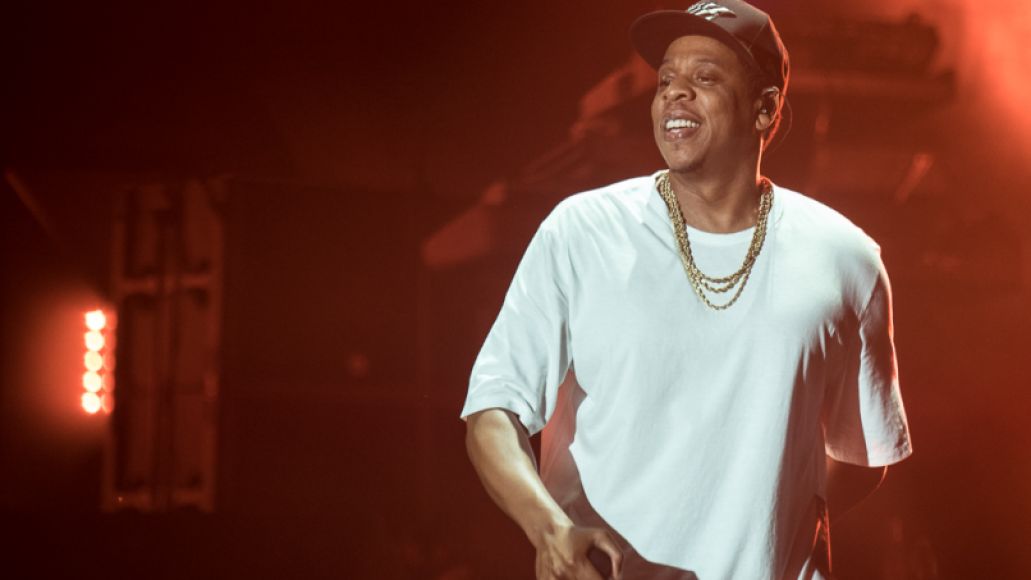 Who will win: JAY-Z

First off, hell yeah to having two women nominated at once. Not even close to okay, but it’s a start. Rapsody and Cardi are both worthy and completely different, but “The Story of O.J.” is still one of the deepest rap songs of all time, and few careers as long as JAY-Z’s deserve it as a capper. 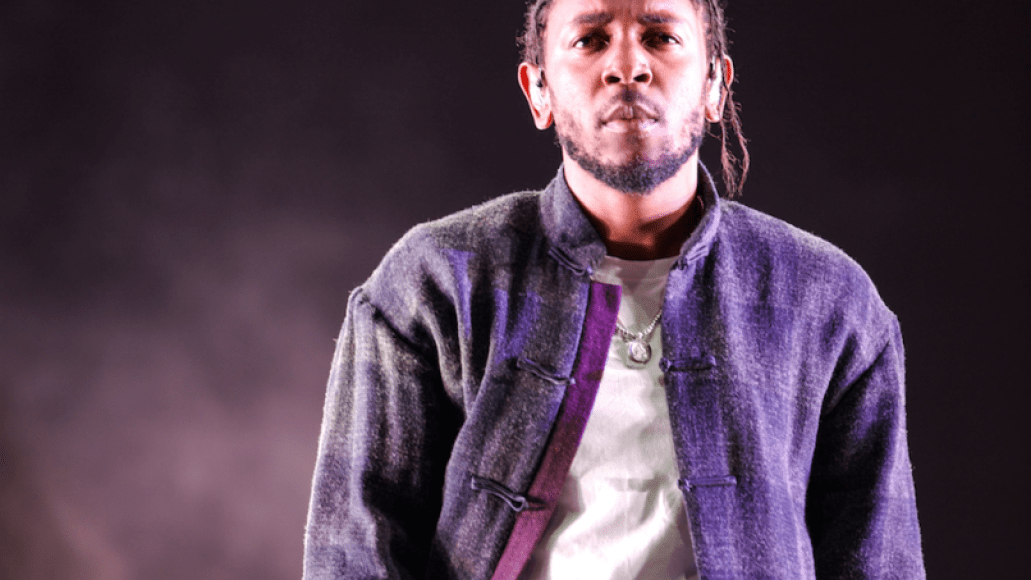 Who should win: Rapsody

This is a tough one. The Grammys all around this year are the Kendrick vs. JAY-Z show, and it’s an exciting standoff where everybody wins. This category alone is an exciting standoff where everyone wins: these are all good to fantastic albums, with Tyler breaking the barrier for a queer rap nomination and Rapsody’s sorely underheard opus every bit as worth this nomination as the superstars. So let’s give it to her. But I don’t see Kendrick going away anytime soon. 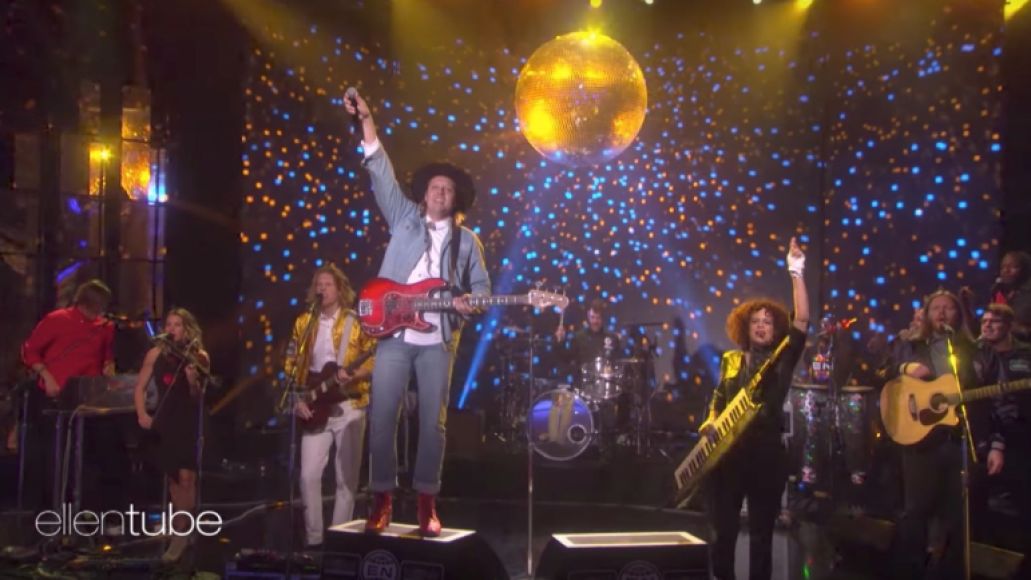 Who should win: The National

Who will win: Arcade Fire

For CoS’ sake, I will root for The National’s great Sleep Well Beast, a nice cross-section of everything the band’s been doing well for years, streamlined and tricked-up with glitchy electronics and even the hard-rockabilly of “Turtleneck”. But proven Grammy darlings Arcade Fire made the most underrated album of 2017 with their tongue-in-cheek Dr. Buzzard’s Original Savannah Band homage, which is also the most concise fun they’ve ever had. LCD Soundsystem and Father John Misty are just too dour to enjoy giving them an award. 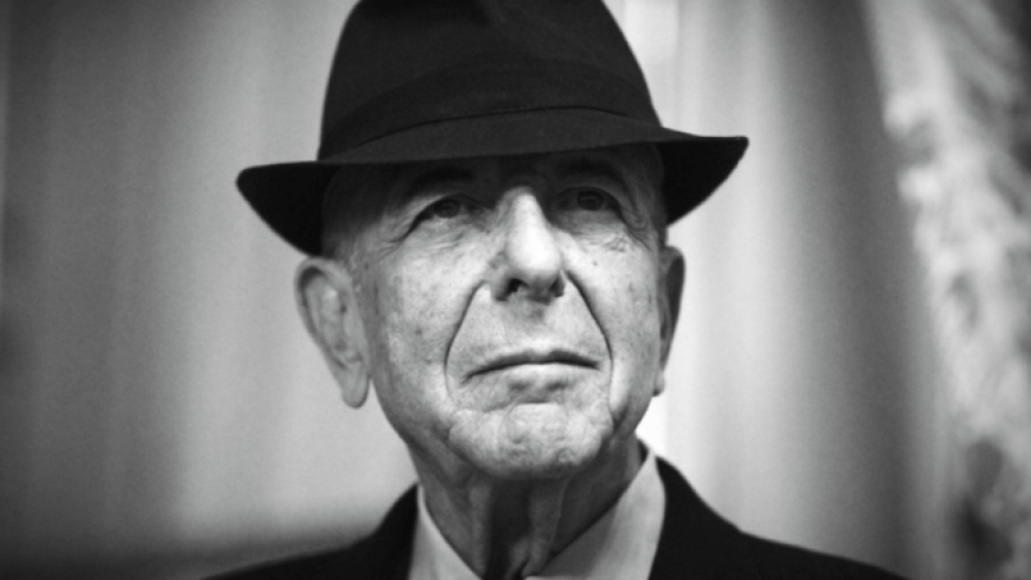 Who should win: Leonard Cohen

Who will win: Leonard Cohen

I’m going to bet against the Foo Fighters and believe sometimes there’s a crack where the light gets in and that Leonard Cohen will finally receive posthumous Grammy glory with a non-honorary trophy (like Kraftwerk, he was given a Lifetime Achievement Award in 2010). I feel legitimately sorry for Chris Cornell, one of hard rock’s finest-ever vocalists, at the same time. 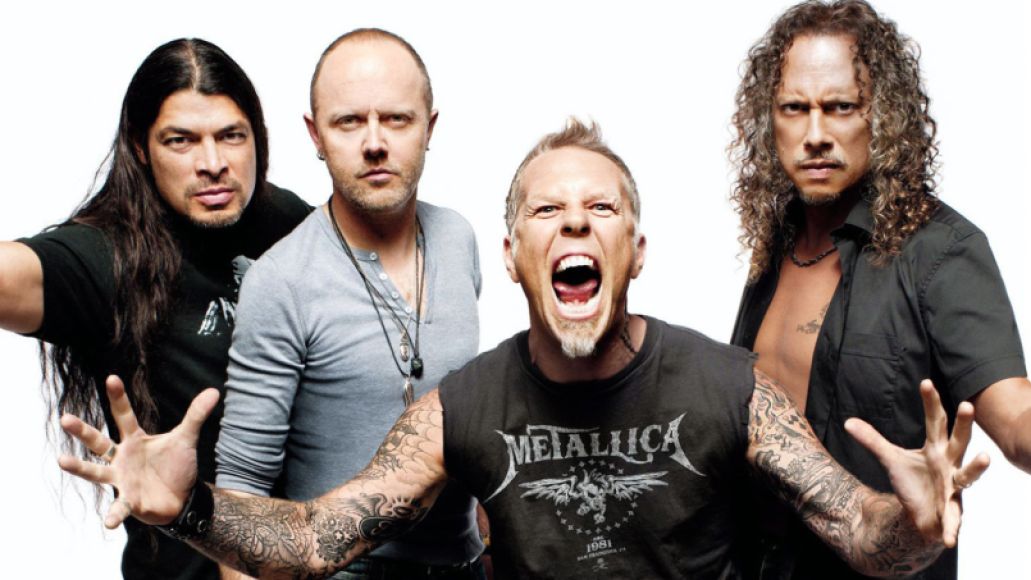 Who should win: K. Flay

Who will win: Metallica

Flay’s “Blood in the Cut” would be absolutely amazing – awarding a woman(!) in the rock category(!!) with a banger that begins “The boy I love’s got another girl/ He might be fucking her right now”(!!!!!!!!!!!!!), but it’s not to be, and she’s gonna lose to Metallica or Foo Fighters. 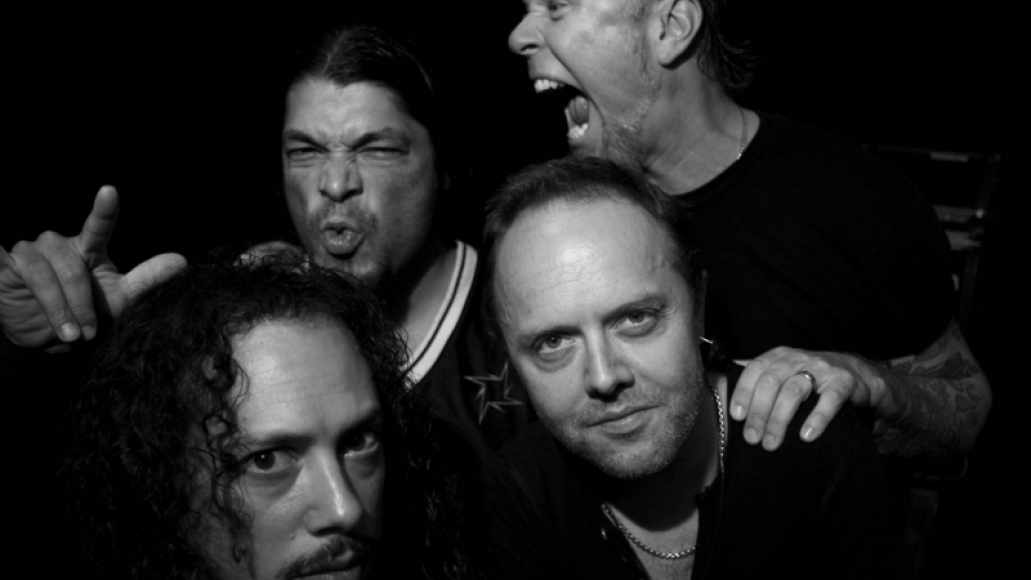 Who should win: Queens of the Stone Age

Who will win: Metallica

The War on Drugs indeed nailed a skyward epic with the IMAX-worthy “Strangest Thing”, but that doesn’t mean these meatheads won’t clobber them, and maybe they should. Queens of the Stone Age really earned something with their Mark Ronson collaboration, though, which splits the difference between buzzing stoner rock and shuffling uptown funk. 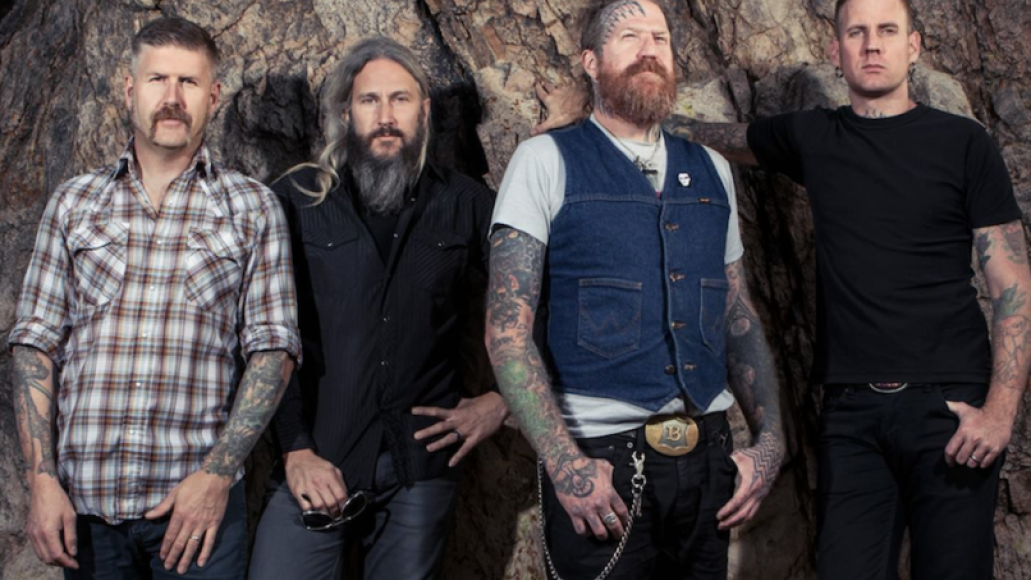 Who should win: Body Count

Who will win: Mastodon

He has a snowball’s chance in hell, but it would rule to have Ice-T’s Trayvon Martin tribute triumph over these white dudes. 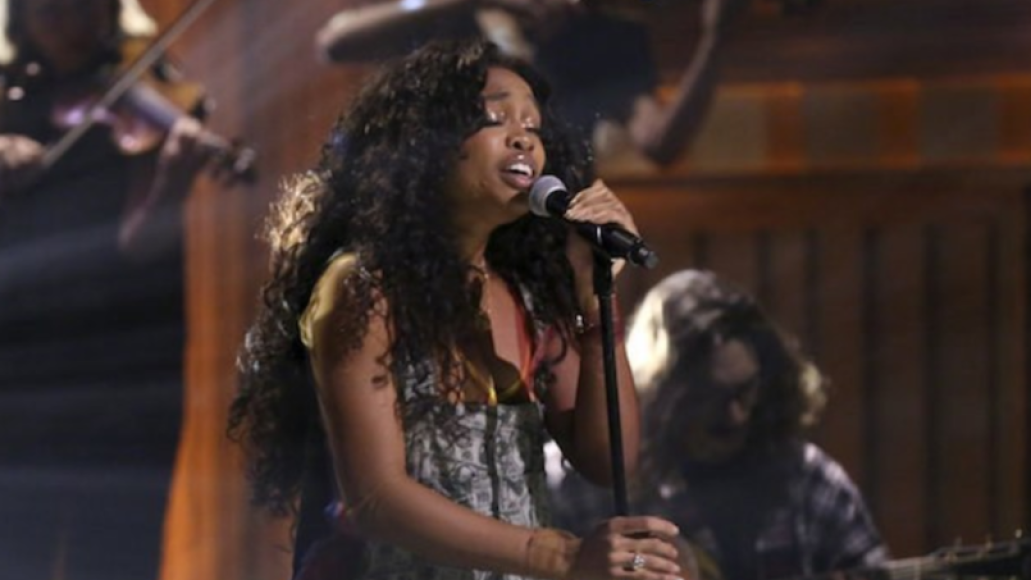 Who should win: Khalid

Who will win: SZA

Khalid and SZA are two of the most winning new personalities to enter the pop arena, and Lil Uzi Vert is pretty exciting, too. Hard to go wrong with this one. But SZA’s the likeliest to be around for a long time.

Record of the Year 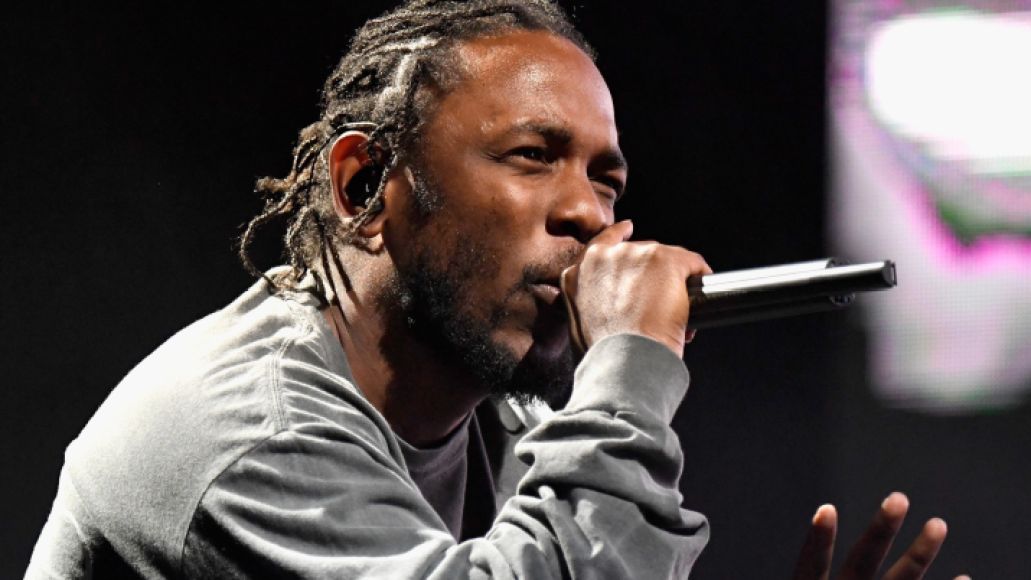 Humility matters in this arena, sadly. This is the Olympics of respectability politics. And it’s just a bit too hard to see JAY-Z’s clumsy hat-tip to the Jews going for the gold here. Kendrick, while plenty braggadocios himself, has always presented himself as a great listener and empathizer. He also makes a lot of money. Barring a “Despacito” upset, which wouldn’t be that weird, he’s probably got this in the bag.

Song of the Year 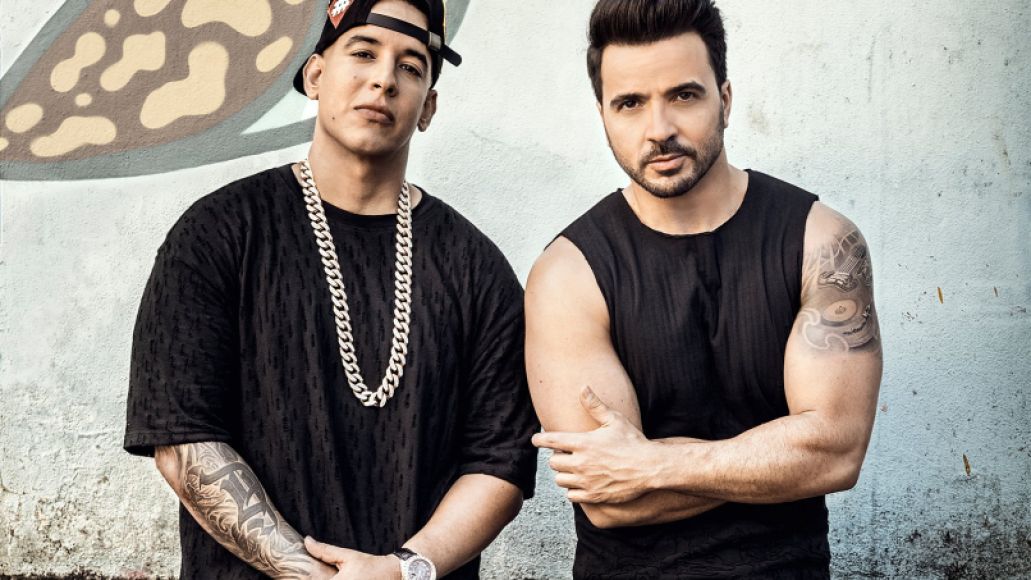 Who should win: “Despacito”

Who will win: “Despacito”

Why not? It’s cultured, it’s sexy, it ruled the summer, and it steamrolled YouTube. It’s a beautiful spitball in the disgusting xenophobic president’s face.

Album of the Year 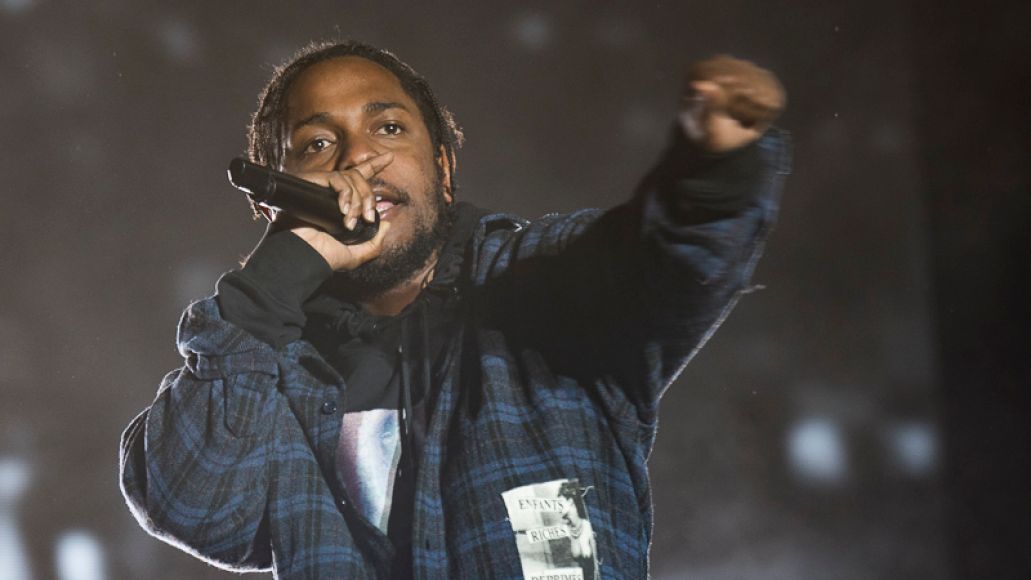 Who should win: Kendrick Lamar

Lorde’s got a long career ahead of her. JAY-Z’s got a hell of a third act to look forward to. Bruno Mars is going to keep traveling back in time to bring us, like, amazing neo-polka bangers in 2031. Donald Glover will continue headlining sold-out festivals and may even continue to make records that critics enjoy. But there is only one Kendrick Lamar-circa-the-2010s, and time is running out to crown him in his own time with the coronation that’s evaded his generational rivals Beyoncé and Kanye West. He’s still riding high on the unprecedented historical high-watermark of To Pimp a Butterfly and good kid, m.A.A.d. city. Give him this award, Grammy Powers That Be. Please. We’ll even let you nominate Ed Sheeran more next time.

Grammys 2018 Predictions: Who Should Win, Who Will Win