Just because Mad Hawkes grew up on the South Bay of Los Angeles, spending her days surfing and chilling in her old VW, doesn’t mean her life has been all sunshine and butterflies. The singer-songwriter has experienced her fair share of heartache and mistakes. Rather than hiding from it though, she embraces it in the lyrics of the beach pop style she’s dubbed “babe rock.” After all, what sort of confident woman would she be if she hid behind a mask of false emotions?

Instead, she professes ownership of her faults on tracks like “Fantasy”. The song shimmers with West Coast harmonies like stars just beginning to break through the early dusk light. Hammering keys and squashed bass lines give the track a funky edge, but it all only serves to give buoyancy to the self-deprecating lyricism. “Count on me/ I’ll tell you a story I wrote,” Mad Hawkes sings on the bridge. “Count on me/ To be the example of don’t.” Take a listen below. 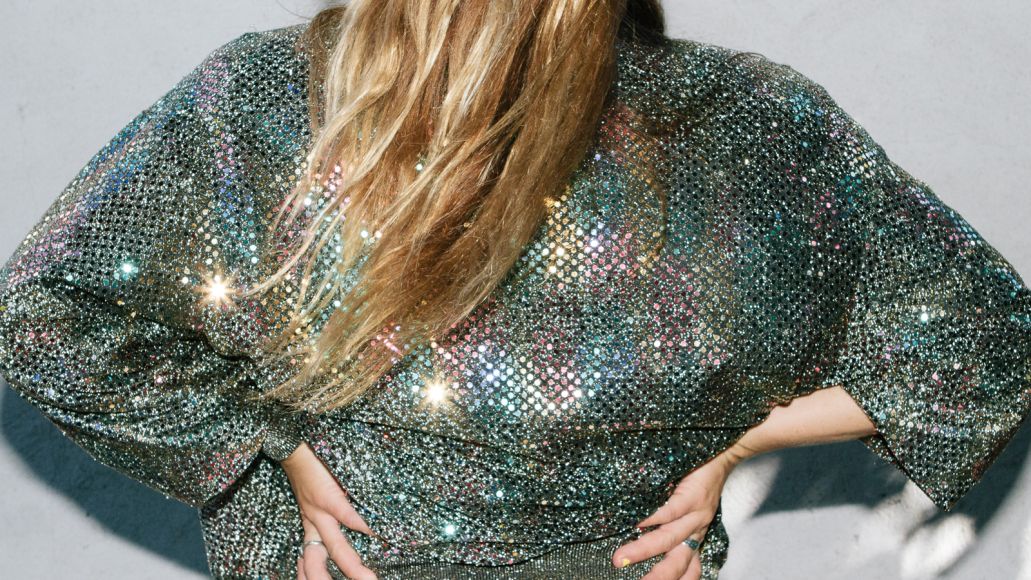 Mad Hawkes will put more of her babe rock on display tonight at The Satellite in Los Angeles. Ticketing info is here.

For more on the type of artists who’ve inspired her to create babe rock, Mad Hawkes has shared 10 Things she loves about badass women in music.

Etta James came into my life in high school. I had heard her sing before then, but her music really started resonating with me as a teen. It’s so romantic and heartbreaking. It intensified the teenage dreamland I was residing in. I sought comfort in her lyrics and music; I felt connected to something. I’ve always thought the song “I Just Wanna Make Love to You” was so special. Lyrically, Etta was embracing her role of being the domestic woman in the relationship, she drew power from it while still insisting ‘I just want to make love to you’. Nowadays it seems in society that a domesticated woman is a less powerful woman, but I disagree. I think us females are capable of it all. And this song makes that clear. We can cook your meals, wash your clothes, take care of ourselves and take you to bed all the same. Easy peasy.

Amy Winehouse:
I love Amy. Her music is so tragically blunt. It’s rare to come by the raw, upsetting honesty that she had. On top of being an unapologetic badass, her voice is alien. The coolest, most gut wrenching voice that you can feel it weaving itself in and out of your body. It’s scary and incredible how so much pain from one person’s life can bring so much solace to millions of others’. Her existence is sure to have saved and effected the lives of many. So many of her songs I hold dear to my heart, but the first one to strike me was “You Know I’m No Good”. It’s self-destructive and nonchalant. Like it’s happened before and was expected. It’s dangerous but doesn’t give a fuck. I’ve always thought that was so cool and relatable. Amy has been a huge part of who I am as a musician.

Gwen Stefani (No Doubt):
SO COOL. My mom used to listen to No Doubt when I was a kid. While all my friends were listening to Britney Spears and N’Sync (I took part, of course) my mom was blasting Gwen and I felt so cool and edgy for loving it. To me, at the time, the music was grimy and gritty and fast. And Gwen obviously didn’t care about anything, besides being rad. She was one of the boys, as was I, and I looked up to her badassery. She even dressed like a boy! Like a sexy midriff-flaunting boy. I secretly wanted to be her and it felt sinful, which only made it more appealing. I was probably eight years old at the time, so to me Gwen Stefani was a ground-breaking discovery compared to Raffi and The Spice Girls.

What a babe. My mom introduced me to Blondie. There is something so mesmerizing about her. She’s stunning and calm, yet her lyrics are edgy and hard. Her voice digs its claws into you, but she’s so beautiful you’re not even mad about it. She’s perplexing to me, like disco’s evil twin (punk)… if that makes sense. So aloof and groovy until she attacks you with some lyric or harsh vocal. I love the song “Rip Her to Shreds”. It probably pissed some ladies off. Lyrics like, ‘Yeah, she looks like she washes with Comet/ Always looking to create a scene’ or ‘Oh you know her, Miss Groupie Supreme/ Yeah you know her, Vera Vogue on parade/ Come on she’s so dull, rip her to shreds”. Blondie gracefully ruffled feathers and stirred the pot. I admire that.

Karen O:
My friend Carly got me into Yeah Yeah Yeahs in high school. When I listened to Karen O sing I felt powerful. I was constantly looking for an escape as a teen and this band did it for me. My world felt so small for the longest time, that all I did was day dream about the possibilities for my future. Music made the world feel big. Karen O helped make my world feel possible. I didn’t know what she looked like for the longest time, but once I Youtube’d her… WHOA. What a crazy cool chick, she’s so bizarre and fascinating. All of a sudden weird felt cool and being an outcast felt right.

Missy Elliot:
There is nothing not awesome about Missy Elliot!!! In the era of Now Thats What I Call Music! CDs, there Missy appeared. In the late ’90s “Sock It 2 Me” was the coolest song everrr. My friends and I made up dances to her music on the regular. Having absolutely no idea what the lyrics were saying at the time, I was fully immersed in the tracks and her voice. Nowadays, I have a newfound appreciation for Missy. What a hard ass. Her lyrics are insane, there’s nothing that oozes ‘fuck you’ more than a Missy Elliot song. She says whatever she wants, always. She created a presence worth paying attention to. To me, she represents the strength it takes to make it in this industry.

I haven’t always been a fan of Lady Gaga’s, but over the years I’ve gained a lot of respect for her. She has a massive dedication to her own vision and always commits to it, without faltering. Whatever look, sound or performance she is cultivating she’s all in and uncensored. It takes a lot of courage to be that extreme, because 10/10 times you’re being judged harshly and 10/10 times people are going to want to hate what you’re doing. It’s easier to hate on something new than confess you love it. When you really listen to her songs and pay attention to the lyrics you can appreciate her musicianship. She’s got a powerhouse of a voice and can write a mean melody.

Joan Jett:
“Crimson and Clover”, “Cherry Bomb”, “Bad Reputation” and “I Love Rock n’ Roll” were songs I heard over and over again as a kid that I assumed they were current. I had zero clue that these songs were ten plus years older than me. They felt so relevant and angsty. I love that shit. Punk hurts so good. Joan Jett’s voice (by the way I have to call her Joan Jett… it’s one word, Joan just doesn’t cover it) is so raw and punchy it physically makes me want to punch and shove. It makes my body boil with frustration while simultaneously giving me an outlet to express it. And that hair…

Madonna:
Sexpot. My respect for Madonna comes from a performer’s stand point. As a pop artist, she pushed boundaries like no other. Madonna is the epitome of the 80’s in my mind. She created a new realm of entertainment in that era, what with masturbating on stage and all that. That takes balls, figurative balls. I can only imagine the amount of controversy she rustled up in that time. Her music never struck me as much as her stage presence did. Madonna is sex. She wears that persona loud and proud. Sex never goes out of style, so neither will Madonna.

OH MY….Dolly. No one has success like Dolly Parton’s without a tremendous amount of drive and persistence. She is so bubbly and feminine but you know she’s tough as hell, having managed to maintain a voice in this industry for over 50 years. I feel like if I met her I would all of a sudden have the answers. To everything. She’s remarkable. I love her flamboyancy, she just won’t let up. And nothing about it is phony, that’s just her. Not to mention what a songwriting machine she is. There is so much to look up to when it comes to Dolly Parton. Her genuineness is unquestionable, which is something I will always aspire to, both as a musician and a woman.

A couple other superstars that can’t go unmentioned. Who may or may not be women. When it comes down to it, it doesn’t even matter. So much talent!!!

Mad Hawkes wishes she were a better person on new single "Fantasy": Stream