If you’re wondering why Coachella’s 2018 lineup is dominated by hip-hop and pop while lacking rock ‘n’ roll, look no further than Nielsen’s 2017 Year-End Report. The annual report charts consumer trends and behaviors that shaped the year in music. The biggest takeaway? For the first time ever, hip-hop surpassed rock ‘n’ roll as music’s most consumed genre.

According to Nielsen, hip-hop/R&B accounted for eight of the 10 most popular artists based on total consumption (album sales, track equivalent albums, on-demand audio/video streaming equivalent albums). Drake and Kendrick Lamar claimed the top two spots, with Future, The Weeknd, Eminem, and Lil Uzi Vert among the other acts cracking the top 10. Taylor Swift and Ed Sheeran were the only non-hip-hop/R&B acts placing in the top 10.

(Read: Losing My Religion: The Demise of Rock ‘n’ Roll)

On-demand streaming continues to be music’s fastest growing vertical, having experienced a 59% increase in 2017. It owes much of its success to hip-hop, which accounted for nine of the 10 most streamed artists.

It’s all the most depressing when you consider the rock artists who performed the best in 2017. They were either legacy acts (Metallica, The Beatles) or pure trash (Imagine Dragons, Twenty One Pilots). Of the five best selling rock albums, one was the Guardians of the Galaxy 2 soundtrack. Imagine Dragons had the top two songs in “Believer” and “Thunder”. The Beatles’ Sgt. Pepper’s Lonely Hearts Club Band was the top selling vinyl. Names like Foo Fighters, Arcade Fire, Queens of the Stone Age, or Spoon were nowhere to be found.

Basically, hip-hop is thriving and it’s mostly because younger genre artists are dominating streaming platforms. Meanwhile, rock continues to see its popularity decline, and if it weren’t for legacy acts like The Beatles, the data would be even worse. 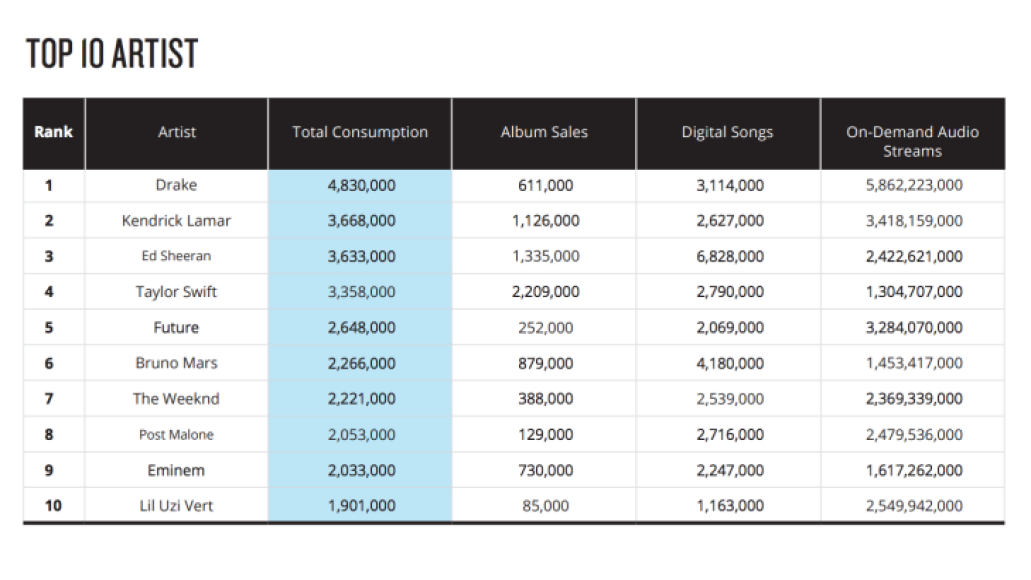 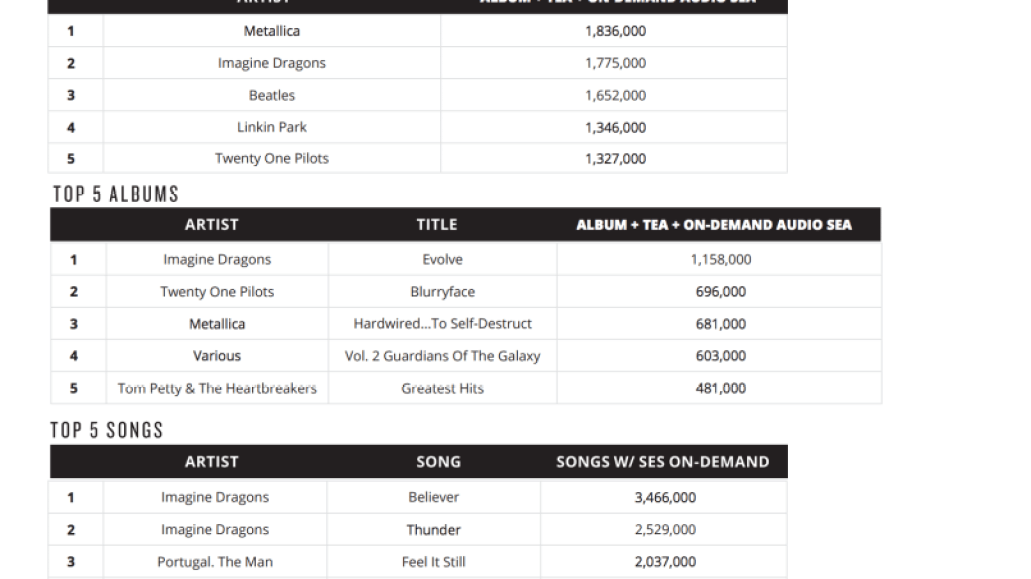