Primavera Sound has revealed its 2018 lineup. The annual music festival returns to Barcelona, Spain between May 30th and June 3rd.

Plus, Belle and Sebastian, Spiritualized, and Wolf Parade are confirmed for a special festival kick-off event scheduled for Wednesday, May 30th.

More details, including ticket information, can be found via the festival’s website. 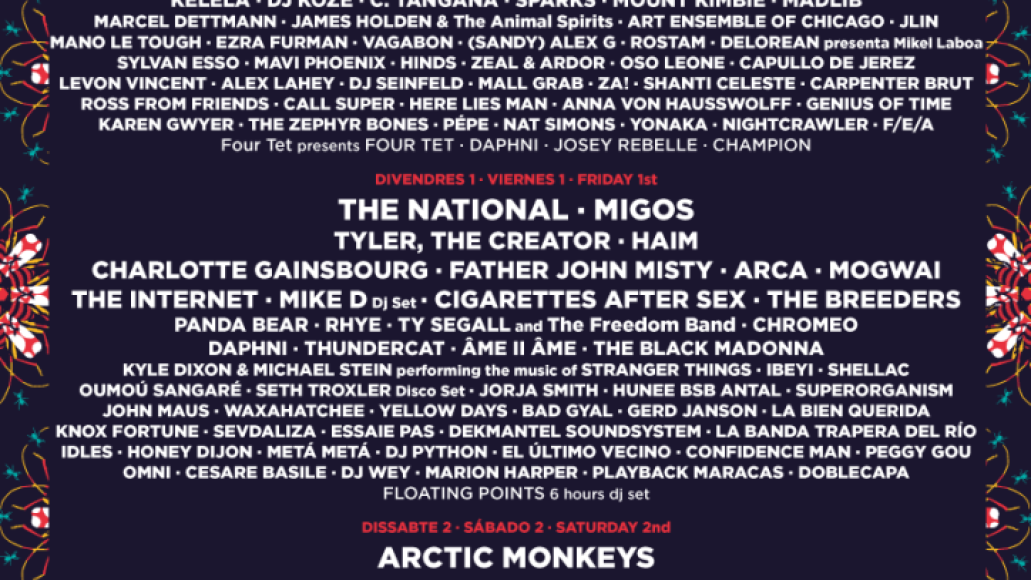 Primavera Sound reveals 2018 lineup, and it's a thing of beauty