Mike Stroud of Ratatat and White Flight’s Agustin White have combined their talents to form a new band called KUNZITE. The two-piece is grounded in some of the similar electronic rock aesthetics as Ratatat, but with a decidedly more intergalactic skew.

“KUNZITE is a multi-dimensional sound system broadcasting from inner Earth, while
simultaneously emanating from the heart of the Milky Way Galaxy,” reads a press statement on the duo. “It requires at least two human interfaces to disseminate the sounds, those being Stroud and White.”

The group’s interpretations of the sounds of extra- and inner-terrestrial sounds will be introduced to listeners via their debut album, BIRDS DON’T FLY, due out March 2nd through Sol System Records. The 11-track effort was entirely recorded, mixed, and produced by KUNZITE, with sessions logged as far and wide as Hawaii, India, and Iceland.

To preview the LP, Stroud and White have shared “VAPORS”, a groovy tune that fuses bits of the future and past. “We recorded ‘VAPORS’ on a spaceship that lifted off from the Northshore of Kauai, Hawaii,” KUNZITE tell Consequence of Sound. “The unique sound of the track is a result of having access to off-planetary software synths and alien bird samples.”

Check it out below via its official music video, directed by Dugan O’Neal. 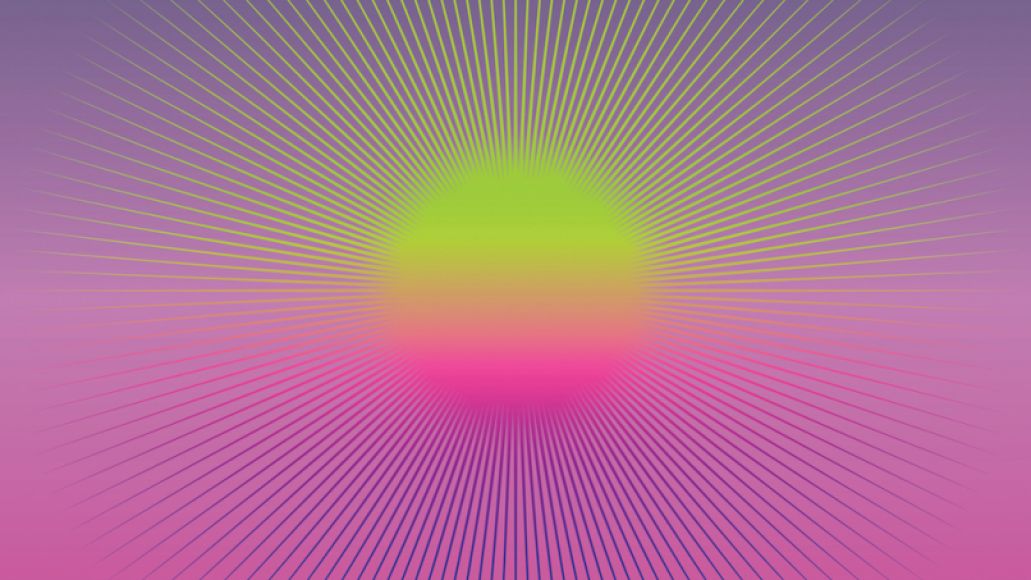 For this edition of Origins, Stroud and White talk about how Tim Heidecker, primal 3D forms, and micro-dosing helped lead to the birth of “Vapors”.

KUNZITE almost released our album in 2017, but by the sheer grace of our inability to simply stop making new recordings in our home studios, the BIRDS DON’T FLY LP is now going to be released in March of 2018. Most would agree that 2017 was sort of a wild ride, a year that might have left many with a bad taste in their mouth. Perhaps the taste of rancid twitter breath, paired with a Unicorn Frappuccino and a paleo gluten-free muffin. But certainly even more would agree that 2017 was the undisputed ‘year of the Micro.’ Micro-transactions, micro-aggressions, micro-biomes all come to mind. But perhaps nothing is more reassuring and hopeful than the emergence of the open discussion within popular culture that has emerged of late on the topic of ‘micro-dosing’. And micro-dosing various “supplements” has undoubtedly left its mark all over KUNZITE’s debut LP. In this clip featuring the fungal wizard Paul Stamets, he talks about the benefits of micro-dosing psilocybin.

There’s a lyric in the “VAPORS” song that reads, “All I see is angels in the angles.” While the reference could be considered unabashedly new-agey, the line points to the magical harmony found in pure and perfect geometry. Anyone who has been lucky enough to fall into deep contemplation with a primal image or 3D form of ‘sacred geometry’ will know intuitively what this lyric is all about. It’s no coincidence that some of the world’s greatest inventors and philosophers, such as Leonardo Da Vinci, at some point fell into a deep obsession with some very rudimentary and primal 3D forms, such as the five Platonic Solids. There’s essentially an infinite amount of words that could be used to elaborate on this subject, lifetimes of research have already been devoted — but the truly amazing thing is how these images easily speak for themselves. Here is a .gif by the psychedelic geometry artist @Hexeosis that expresses this sentiment perfectly.

Another lyric in the song is, “Fuse has finally caught on fire/ Al electric in the cold.” While lyrically the song leans heavily on esoteric themes, in this case the reference is wholly practical. There is a magical Dutchman named Wim Hof that has left his mark on the KUNZITE LP, not in a musical sense, but by simply providing inspiration in terms of our daily lifestyle and practices. Wim has become somewhat of a celebrity in the last few years, and rightfully so as he holds quite a few world records for accomplishing feats many would consider impossible. Like swimming long distances under arctic ice, or climbing Mount Everest in his underwear! Wim teaches people a super simple breathing exercise that is the key to his success, one that completely alkalizes the body in only a matter of minutes, as modern science is discovering that a human body with acidic conditions is a breeding ground for practically every major known disease. But the most infamous part of Wim’s schtick is teaching people to use freezing cold water to help further strengthen the immune system. These simple exercises are life-changing for most who give them a try, and this short Vice documentary provides a wonderful intro intro into the world of the Iceman Wim Hof.

One thing that influenced the making of “VAPORS” was the Vape God himself, Mr. Tim Heidecker. Tim is one of the creator’s of the On Cinema movie review series, a Siskel & Ebert-type show that Heidecker himself stars in along with Greg Turkington. As the series develops, Tim’s character eventually gets hooked on ‘vaping,’ and his quick evolution into a true Vape God is totally inspiring. When someone really knows how to vape, it automatically instills a sort of sorcerer-like status. The “VAPORS” track is a type of benevolent sorcery in of itself, and here in Season 3 Episode 8 of On Cinema you can get an idea of how a true Vape God gets it done.