Ron Gallo is set to release his new EP, Really Nice Guys, on January 19th via New West Records. Ahead of the official due date, the wry Nashville-via-Philadelphia rocker is sharing a stream of the eight-track effort today.

This latest release follows last years HEAVY META LP, which marked Gallo’s debut on New West. While the singer-songwriter continues to deliver poignant and snarky commentary through his blend of garage-y ’60s rock, Really Nice Guys redirects his cynical wit towards the very music industry of which he’s a part. The title and title track themselves poke fun at people’s inability to call a spade a spade when a band just isn’t very good. “I say nice set/ Then I get upset/ Because I feel so plastic,” goes the hook.

“Rough Mix”, meanwhile, begs you not to judge early versions of heartfelt songs by presenting a track in three parts: iPhone demo, first recording, over-produced studio mix. “I’m on the Guestlist” is for all the artists who’ve ever had to deal with an abundance of friends asking to see their shows for free — which is just about every artist ever. All the while, Gallo returns to his meta approach to record making by having running commentary from his mother’s boyfriend, Jerry, spliced throughout the tracks.

Pre-orders for Really Nice Guys are available now, and you can stream the entire thing below. 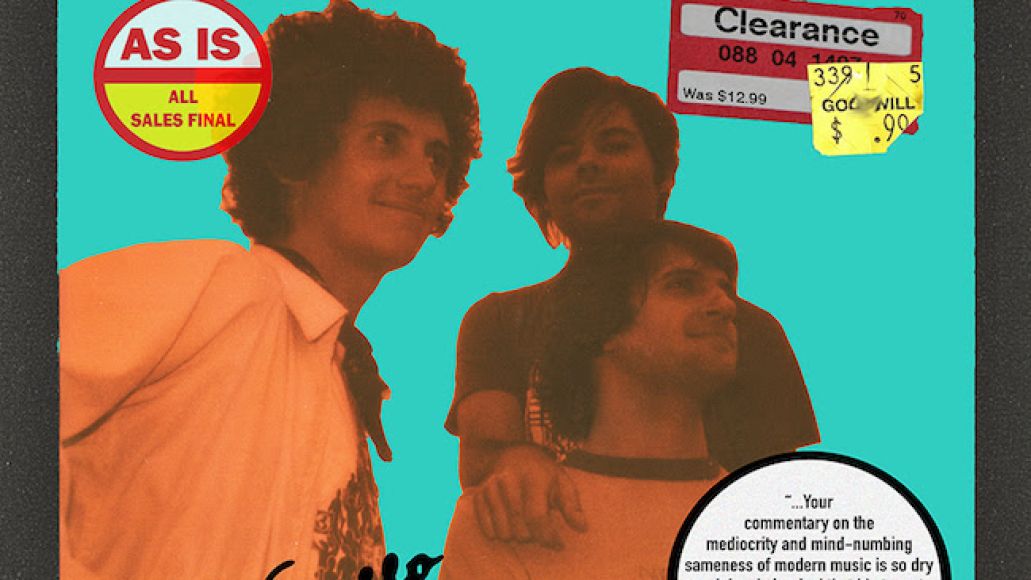 For more insight onto the EP, Gallo himself has provided a track by track breakdown of the entire thing. Read what he has to say below.

“Rough Mix”:
This is your pretty standard recording of a song about recording a song album opener. It’s broken into three parts to show the creative process: iPhone demo, live band demo and full Hollywood overproduced studio recording. Lyrics inspired by every time a musician has ever shown someone a new recording. The real reward is that we finally found a song we could use vocal autotune on!

“Really Nice Guys”:
A song dedicated to all the bands out there that are better at being humans than they are at making music. We had to re-record the drum solo section a few times because Dylan played too well. SPOILER ALERT: If you really lean in you can hear Dylan yell “Freebird!” and sing a lyric from “Wonderwall” very quietly hidden in the mix, but don’t tell the Gallagher brothers because they seem like the lawsuit type.

“I’m on the Guestlist”:
“Work hard at something for 10 years and maybe one day you’ll be lucky to get into some nice concerts for free, or even better, get everyone you kind-of know in to your concerts for free.” — John 3:16

Not to give away my big studio secrets, but the tabla track is a GarageBand loop, and that beautiful mystery instrument that takes a solo at 1:57 is an “Erhu” that I played with my finger on my iPhone (also part of the GarageBand mobile app). Warning: This song may hinder your ability to normally interact with box office/door workers permanently.

“YouTubular”:
All live, first take of an instrumental surf jam recorded in our living room solely for the sake of being able to have a song called “YouTubular” on the EP. The guitar quotes the melodies of 14 different popular songs see if you can find all of them.

“The East Nashville Kroger Conversation”:
This is the only cover song on the EP and it is a note-for-note cover of the conversation you have every time you go to the grocery store in East Nashville (where we live). Kroger is the name of a grocery store for those who don’t live in the southern US. All the background noise was actually recorded at a Walmart. Don’t believe anything you hear.

“Emotional Impact for Sale”:
When I break it down, our job is to go around the world and attempt to sell feelings to people. That’s crazy. Traditionally, an artists value is determined by how accurately they reflect the inner state of the masses. As I’m writing this (which is not when people are reading it) I just checked and the first lyric to the #1 song on Billboard as of today is “Ayy, I’ve been fuckin’ hoes and poppin’ pillies”. I, personally, am not really that interested in those things so I don’t get it. But, it can give some insight to where we are at as a culture. The three part harmony throughout the song is inspired by who the Rolling Stone blog calls “The Greatest Emotional Impacters of All Time” — The Beatles. I agree with that.

“Pull Quote”:
So that iconic voice you hear scattered throughout the EP is none other than American hero, New Jersey national treasure and also my moms boyfriend — Jerry. I’ve never met another like Jerry. He is a rare case of real life unfiltered cartoon-like genius. When him and my mom came to visit Nashville we set up a hidden microphone and had them come over so we could “play them some new recordings” (this EP) and we candidly recorded Jerry’s real-time commentary and then made that the lead vocal on the song. My life goal at this point is to get him his own TV show.