John Carpenter celebrates his 70th birthday today, however it appears Rotten Tomatoes didn’t get the memo. In a tweet posted early this morning, the reviews aggregation website erroneously declared the Horror Master dead.

“John Carpenter would have been 70 years old today!” read the tweet, which has since been deleted. “We celebrate his birthday by looking back at his five favorite films.” 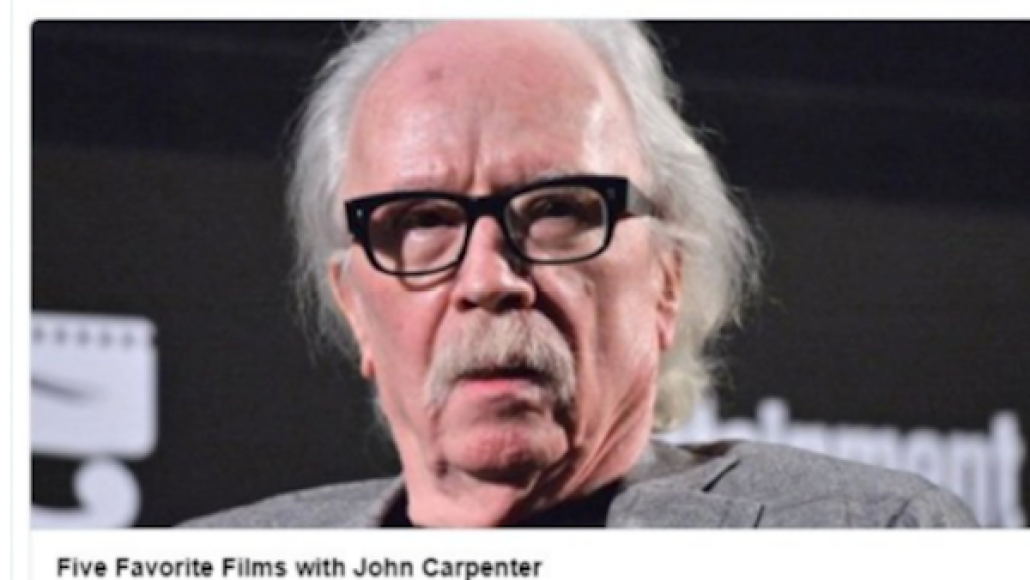 (Read: Ranking Every John Carpenter Movie From Worst to Best)

Rotten Tomatoes eventually apologized for the “mix up” a few hours later, but Carpenter himself still weighed in on the snafu. “To Rotten Tomatoes, despite how it appears, I’m actually not dead,” he wrote on Twitter, appearing to take the whole thing in stride.

To Rotten Tomatoes, despite how it appears, I'm actually not dead.

The man behind one of the most essential horror movie scores is definitely very much alive and kickin’, especially these last few months. In addition to releasing a new album, Anthology: Movie Themes 1974-1998, Carpenter embarked on one of the most anticipated tours of the season. 2018 will see him similarly busy, as he’s helmed the score for the upcoming, must-see Halloween reboot.