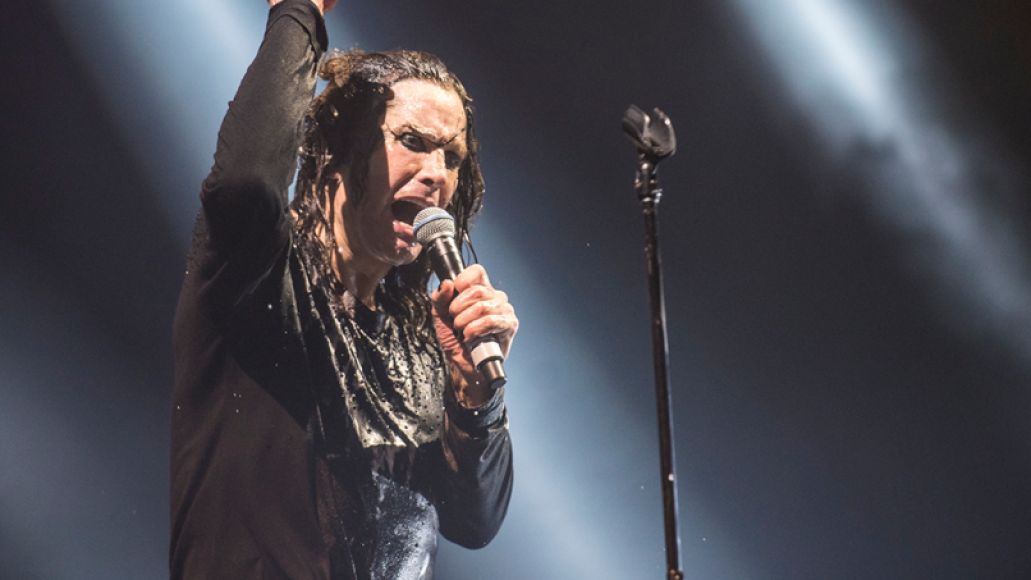 Early in 2017, Black Sabbath concluded a lengthy farewell tour, marking the end of the band’s 40-plus-year run. Now, frontman Ozzy Osbourne is following suit, waving goodbye with a stretch of shows across North America, South America, and Europe that will last until 2020. (Though, according to a press release, he’ll play select shows thereafter.) He’ll be in good company, too, playing alongside longtime collaborators like guitarist Zakk Wylde, bassist Blasko, drummer Tommy Clufetos, and keyboardist Adam Wakeman. –Michael Roffman 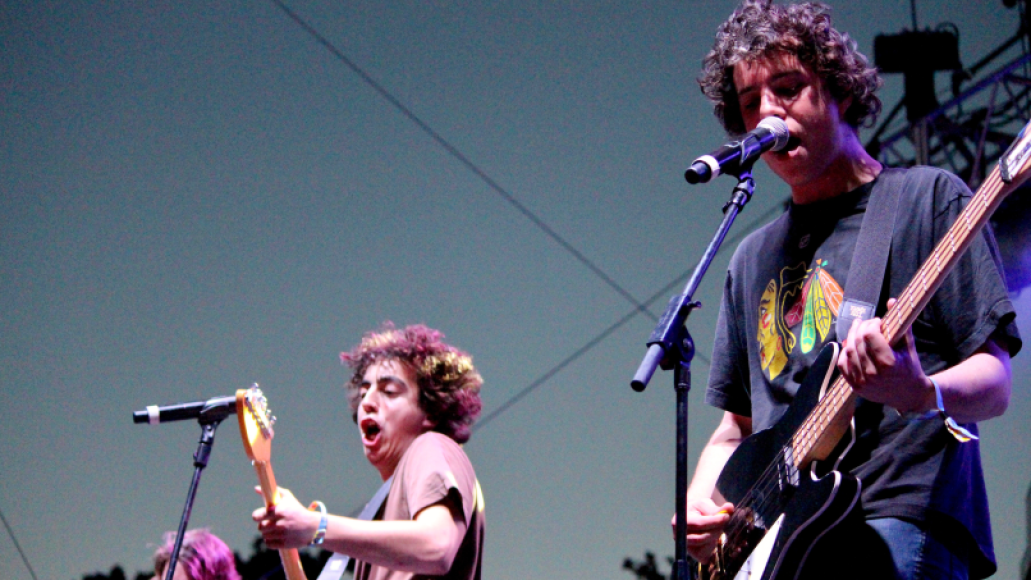 You don’t have to be Leland Palmer to wanna dance around with these Chicago brats. Twin Peaks had a hell of a 2017, dropping bombs on Spotify each month by the twos, and now they’re jonesing to play them live. Enough that they’re heading out come February for a jaunt that will take them all throughout our wonderful country until it starts to get warm again. Sure, most of us will probably be wrapped in sweaters, but these birds sing a pretty song … and there’s always music in the air. –Michael Roffman 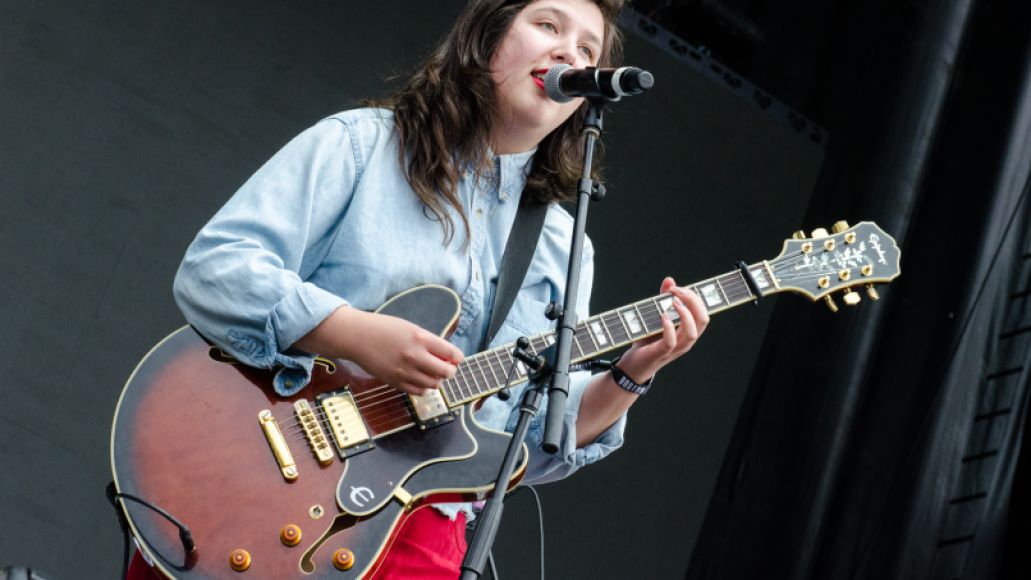 Lucy Dacus first burst onto the indie rock scene in early 2016 with her debut album, No Burden, signing to Matador Records to release a vinyl and CD reissue later that year. Now, the Virginia native returns with her follow-up album, Historian, set to arrive on March 2nd via Matador. Upon its release, she’ll hit the road for an exhaustive North American and European tour that should keep her plenty busy throughout this forthcoming Spring season. –Eddie Fu 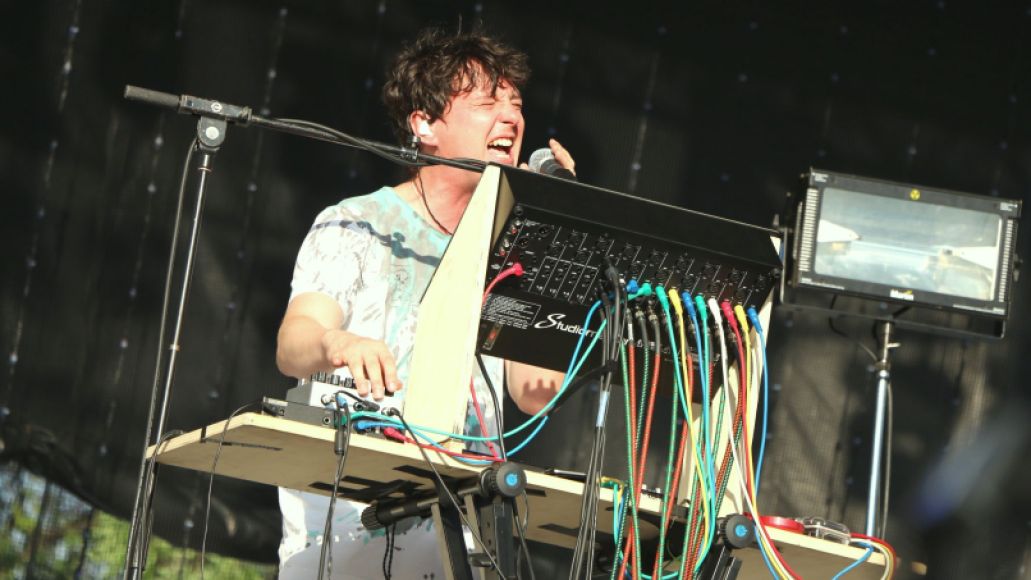 Animal Collective’s Noah Lennox, aka Panda Bear, recently returned with a vinyl-only, five-song EP titled, A Day with the Homies, which he describes as “without frills or much embellishment.” He also says the EP “doesn’t work in the same way through headphones as it does out in the air,” which should really make you want to hear these songs live. Well, he’s hitting the road in April for a worldwide tour that includes dates in North America, England, Belgium, and France. He’ll even be joined by his Animal Collective cohort Geologist for those North American dates. –Randall Colburn 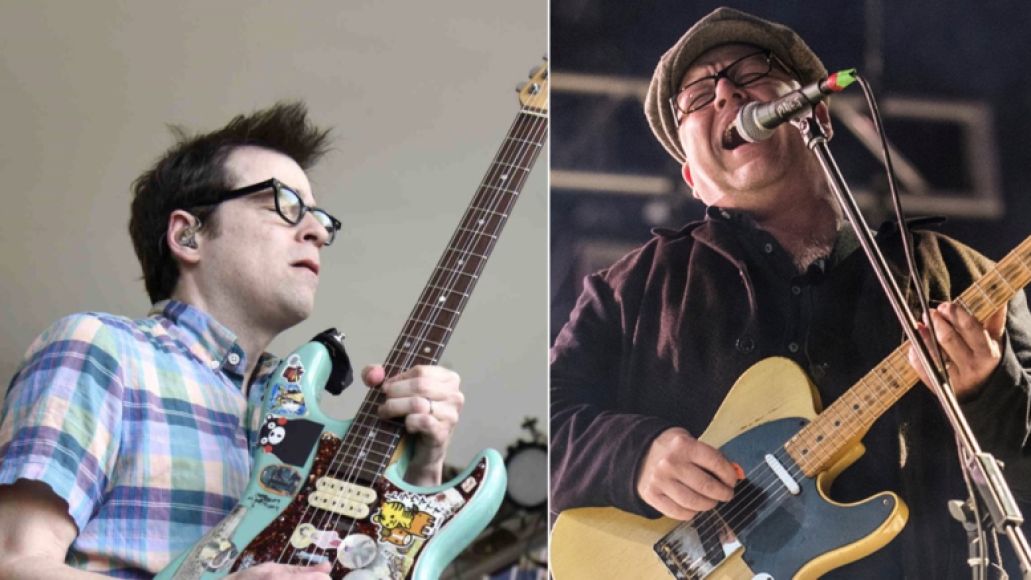 Alternative rock veterans Weezer and Pixies are joining forces this summer for a co-headlining North American tour. The 30-date trek commences June 23rd in Tampa, Florida, and runs through mid-August. The Wombats will open a portion of the tour dates. Weezer will likely be supporting their latest album, Pacific Daydream, though by the time the tour kicks off in June, they may have already released a follow-up in The Black Album. Meanwhile, Pixies are still floating about with Head Carrier. –Alex Young 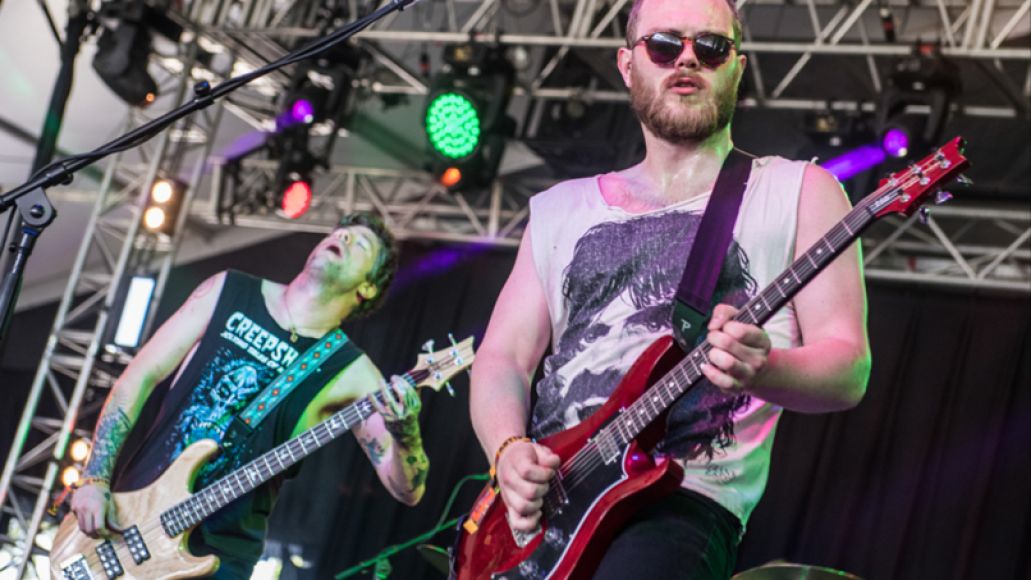 Pallbearer will trek across the States in continued support of Heartless, their third LP and one of the very best of 2017. The heavy metal titans will shred for fans in Oklahoma City, Nashville, St. Louis, and Philadelphia from mid-January through the end of March and also have back-to-back concerts scheduled in Arkansas, where they formed nearly a decade ago. –Lake Schatz 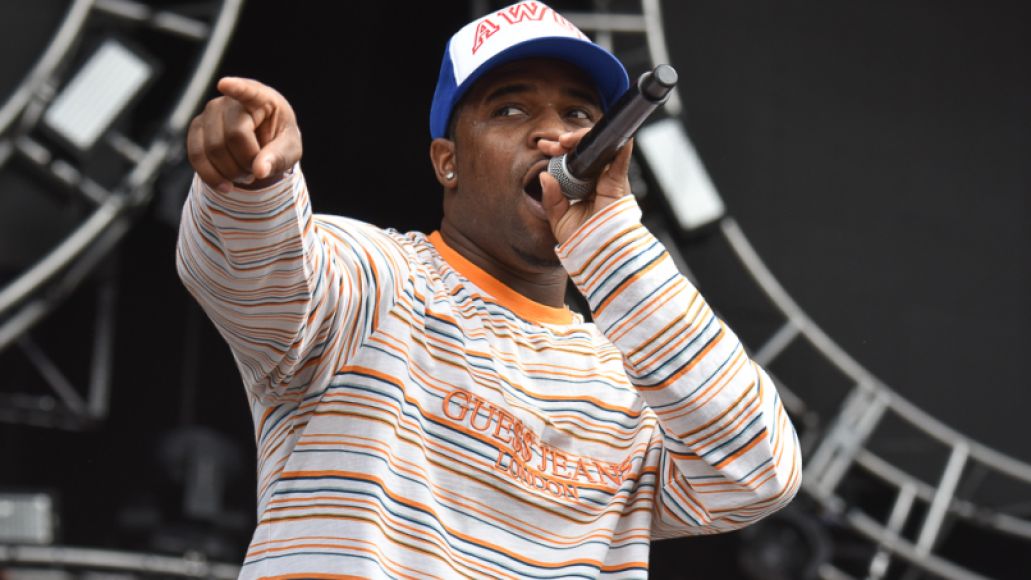 Back in November, ASAP Ferg and the rest of the ASAP Mob wrapped their collective tour. Now, with the holidays behind him, Ferg is ready to head out for another jaunt — only this time it’s of the solo variety. The 31-date trek kicks off in Philly on February 28th and wraps up in Ferg’s New York hometown on April 14th. Denzel Curry and IDK will be along for the ride, too, a journey they’re calling the Mad Man Tour. –Ben Kaye 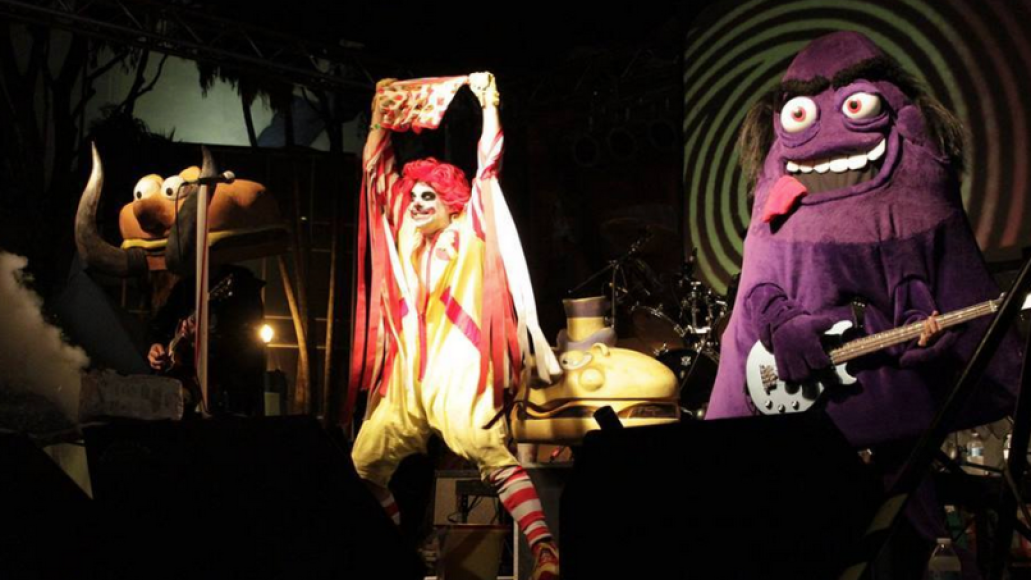 Ronald Osbourne, Slayer MacCheeze, Grimalice, and the Catburglar are coming to a city near you, bringing with them the fattiest fast food-themed Black Sabbath covers in the PlayPlace. They call themselves Mac Sabbath, and the four-piece just dropped their first recorded material with “Pair-A-Buns” (a parody of Sabbath’s “Paranoid”), as well as an accompanying video. Now, they’re hoping to spread their gospel of grease with the “I Got a Bad Feeling About This” tour of North America, which the freaks are co-headlining with metal band Galactic Empire. –Randall Colburn

Steely Dan and The Doobie Brothers 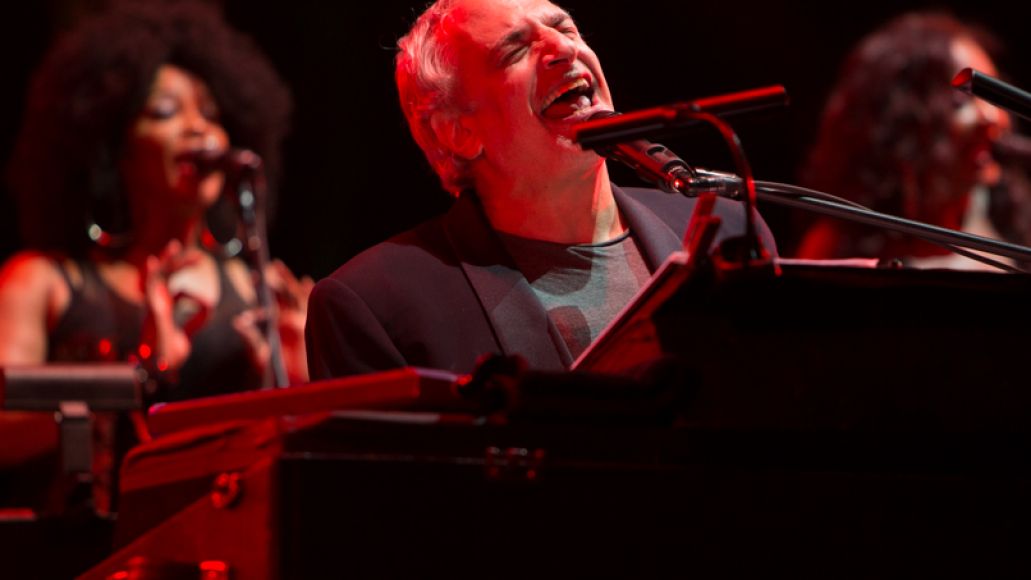 Calling all dads: Steely Dan and The Doobie Brothers are teaming up for a US tour this Spring. The two rock acts are scheduled to hit the road together beginning May 10th in Charlotte and will play some 37 dates across the country. It should be noted that these dates follow the recent death of Steely Dan co-founder Walter Becker. In fact, since his passing, lead singer Donald Fagen and Becker’s estate have been locked in a legal dispute over ownership of the band’s name and music. Fagen has pointed to 1972 Buy/Sell Agreement, which stipulates that, upon Becker’s death, Fagen assumed all ownership rights. Becker’s estate, however, contends that the contract was no longer in effect. Legal mumbo jumbo aside, tell your pops. –Michael Roffman 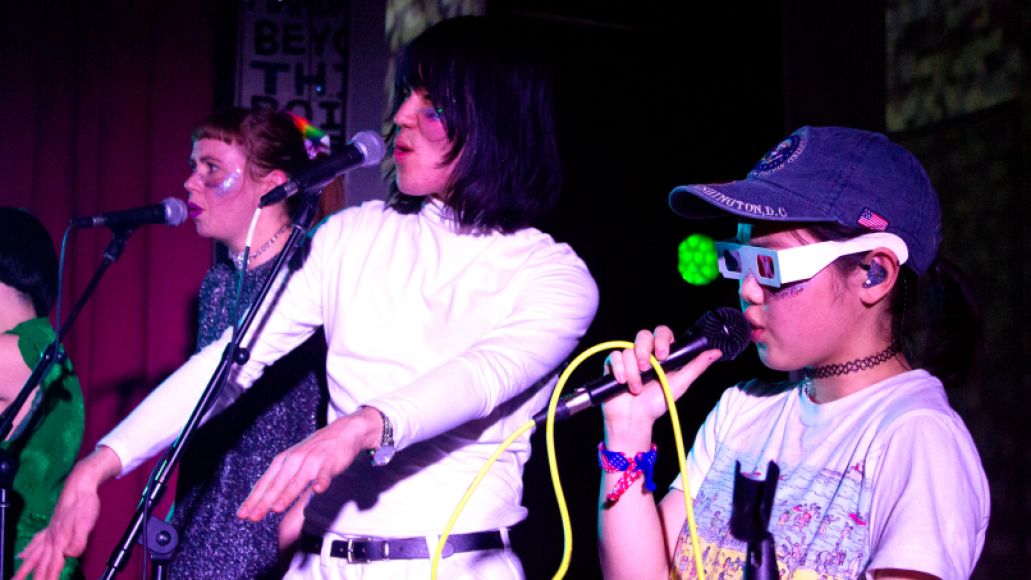 Want a leg up on The Coolest Act of 2018? Secure a ticket to see our latest Artist of the Month, Superorganism. The multi-national octet is one of the weirdest acts to surface in years, melting psychedelia synth pop with passable hip-hop beats for a sound that could best be described as “different.” Okay, there are a lot of ways to label this outfit, but damned if we know which one sticks in the long run. That’s probably a good thing. Another good thing are the kinds of small venues they’re playing in America. Catch ’em now before they inevitably play somewhere bigger come summer. –Michael Roffman 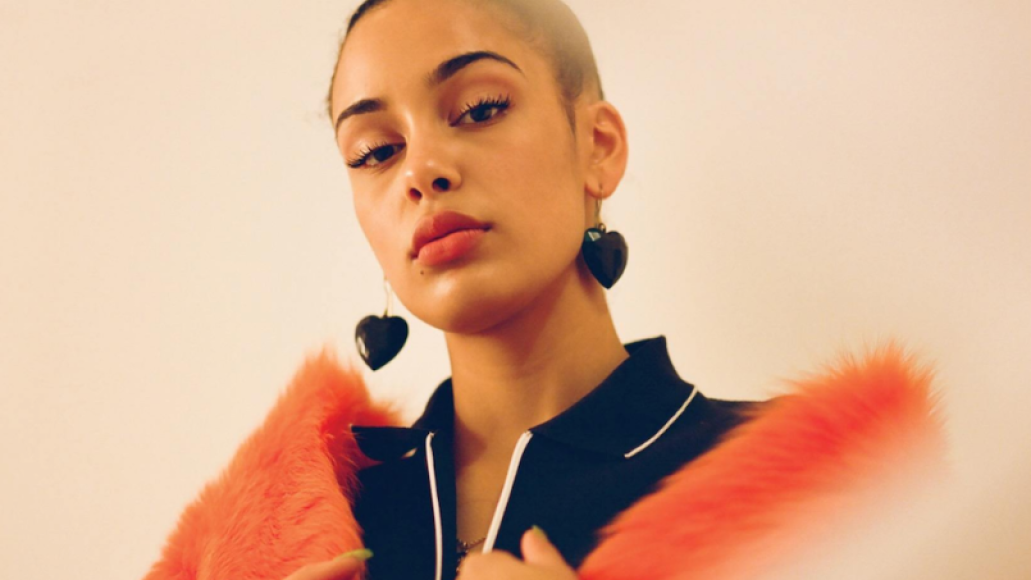 Even without a proper album or EP out, Jorja Smith has been riding a wave of momentum all year on the strength of one-off singles (“Teenage Fantasy”, “On My Mind”) and high-profile collaborations (Drake’s “Get It Together”). Now, the British-based R&B singer is looking to continue her streak in 2018 with a North American Spring tour, which will take her to San Francisco, Seattle, Minneapolis, Chicago, Toronto, and New York, among others. Look for a wild show seeing how this latest batch of dates follows a short stint opening for Bruno Mars. Hot damn. –Lake Schatz 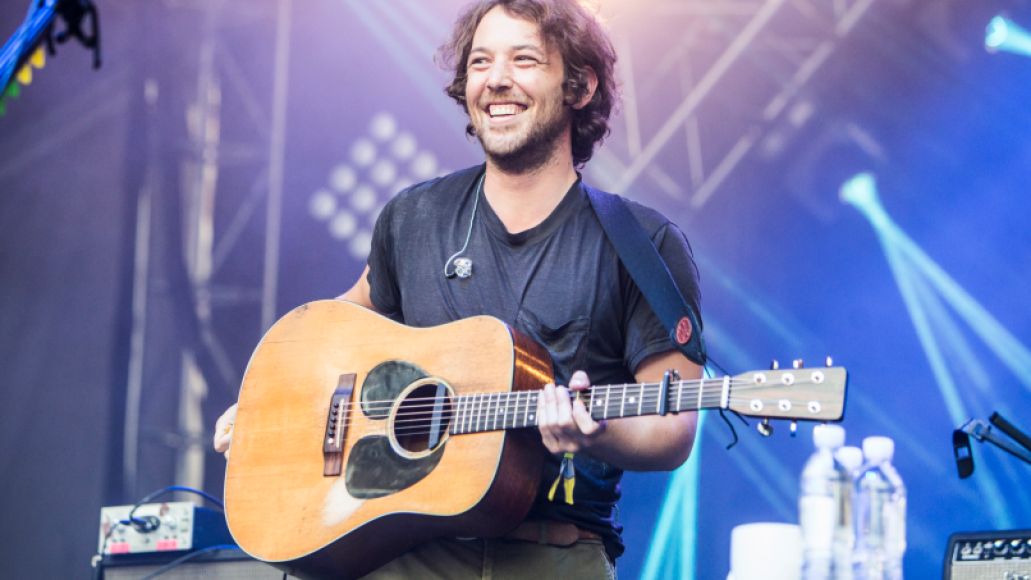 Fleet Foxes will keep the folk spirit alive with a string of Spring tour dates across America. The trek, which follows an epic run of dates in Asia and Australia, commences on March 1st in Tampa, Florida. The folk rockers are then scheduled to pass through Miami, Memphis, New Orleans, and Jackson before wrapping up in Nashville. Come for the stirring live renditions of their latest album, Crack-Up, one of the best of 2017, and leave talking about their covers of Nina Simone, Tom Petty, and Phish. –Lake Schatz 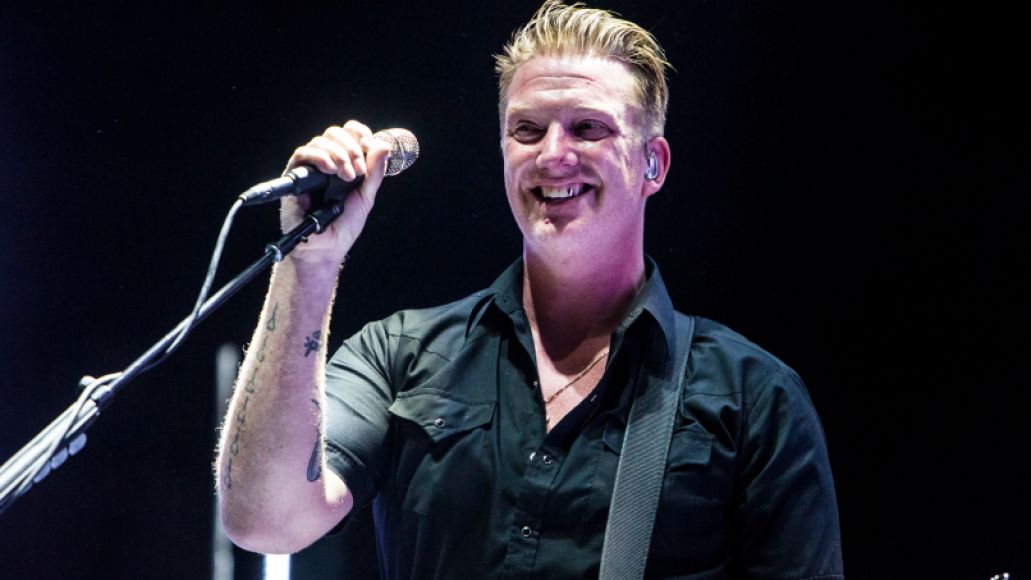 For the longest time, the first rule of a Queens of the Stone Age concert was no fighting, only fucking. Seeing how frontman Josh Homme shattered that rule last Fall, well, who the hell knows anymore. But, here’s hoping it’s still the band’s mantra — after all, the guy’s apologized for his actions not once, but twice — and things go back to being copacetic. Because, if we’re looking at the band’s forthcoming tour in support of last year’s Villains, it has all the makings of being an epic rock jaunt. How could it not when you have Royal Blood, Ty Segall, Wolf Alice, and Eagles of Death Metal as potential openers. Rock on? –Michael Roffman 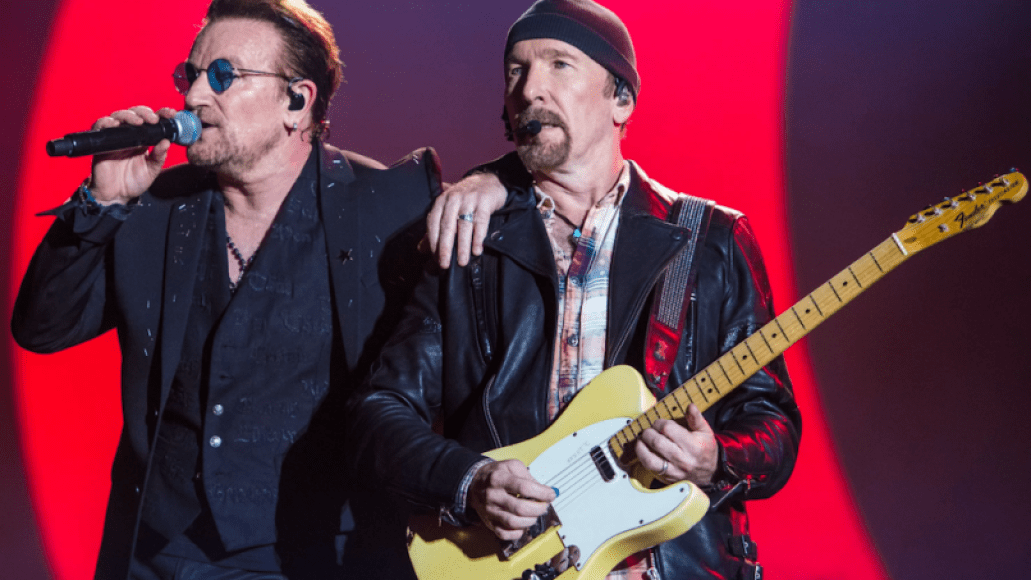 Here’s something that’ll make Scott Aukerman and Adam Scott’s day: U2 are still touring in 2018. After spending a hefty portion of last year celebrating the 30th anniversary of The Joshua Tree, Boni and his Irish brothers-in-arms are back to support their latest album … Songs of Experience. While we’re not exactly running to hear songs like “American Soul” or “Red Flag Day”, we’ll never pass up an opportunity to see what kind of stage show they have up their sleeve — or, you know, the dozen or so sing-alongs that come with their back catalog. –Michael Roffman 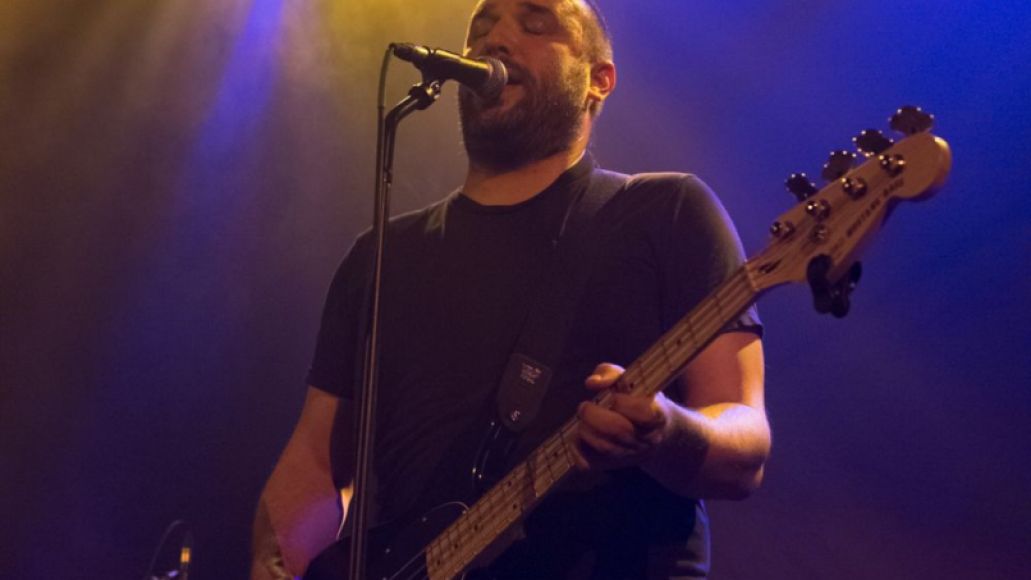 In October, David Bazan announced he was resurrecting Pedro the Lion to play a string of reunion shows in the Pacific Northwest. Now, he’s followed through on the promise of a full US tour with three month-long legs in February, May, and August. According to a press release, the setlists will “span every Pedro the Lion record and then some,” which likely means they’ll be testing out the new material Bazan teased back in October. So, hey, it’s not all for nostalgia. –Eddie Fu 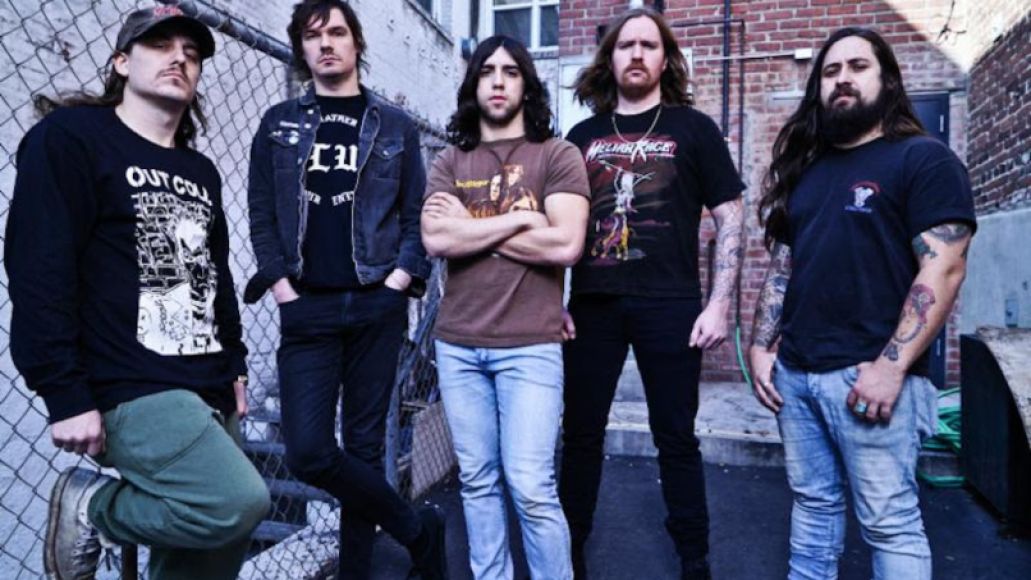 Reports may say rock is on the decline, but Power Trip and Sheer Mag will soon hit the road together to prove otherwise. The Dallas thrash metal outfit and Philadelphia-bred rock group have lined up a North American tour that runs from late April through early June. Better yet, the two acts will be joined by Fury and Red Death. All dates are in support of Power Trip’s Nightmare Logic, one of the best albums of 2017, and Sheer Mag’s Need to Feel Your Love, which gave us one of last year’s top songs in “Expect the Bayonet”. Brace yourself. –Lake Schatz 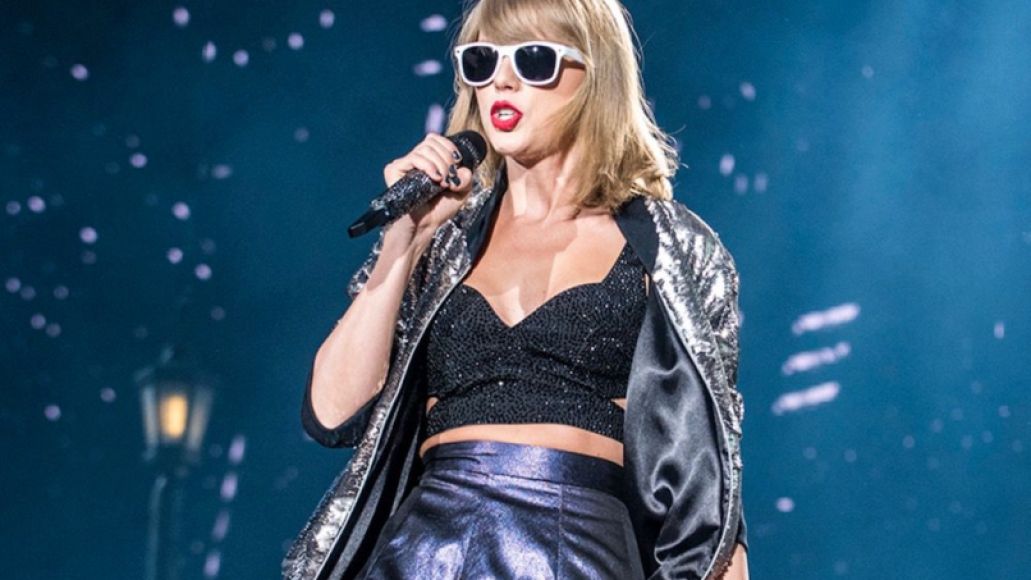 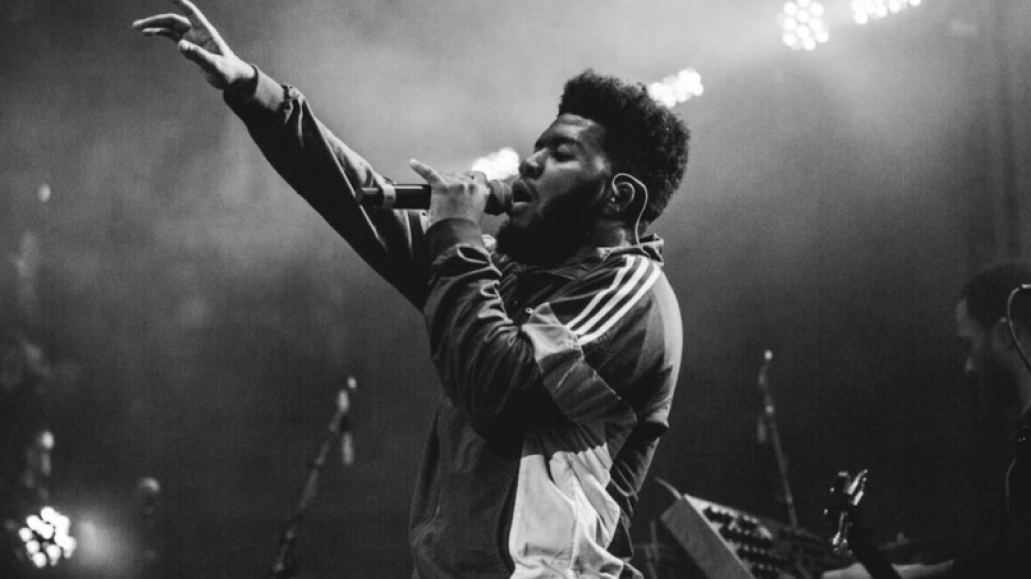 Khalid’s meteoric rise last year was capped off when the singer earned a handful of 2018 Grammy nominations, including Best New Artist and Best Urban Contemporary Album for his full-length debut, American Teen. Not one to rest on his laurels, Khalid will take his talents across North America starting at, of all places, New York City’s Radio City Music Hall. Come May, the Roxy Tour will head from Vancouver to Los Angeles, Denver and beyond. For every ticket sold in each city, Khalid — a fervent advocate for pet adoption — will make a donation to a local animal shelter. What a guy. –Lake Schatz 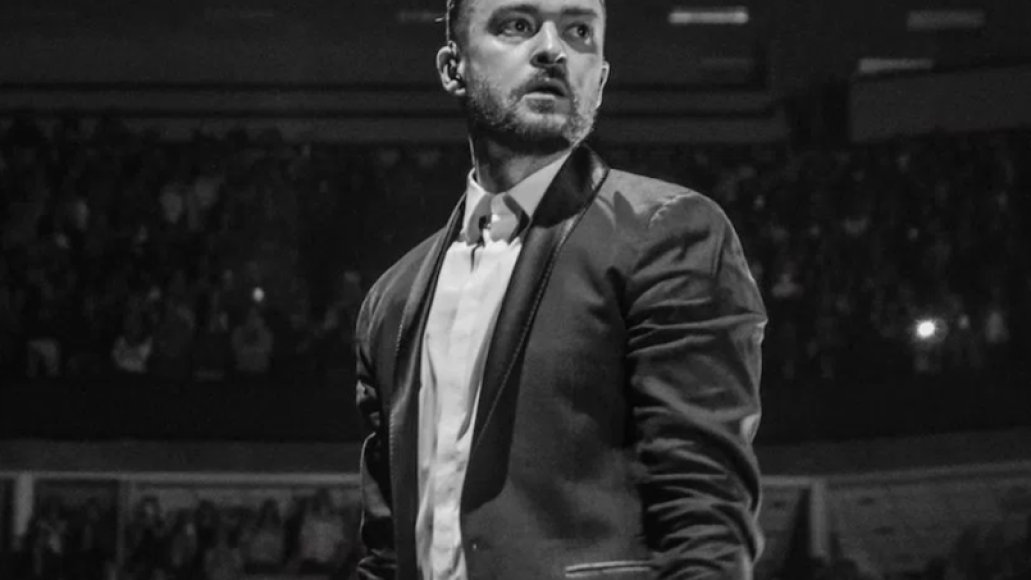 Justin Timberlake will soon pluck the twigs from his hair and emerge from the Tennessee wilderness where he apparently conjured up his forthcoming album, Man of the Woods, for a headlining tour of North America. Technically, his schedule begins on February 4th, two days after the album’s release, when he’ll headline the Super Bowl LII Halftime Show. His actual tour will kick off two months later at Toronto’s Air Canada Center and is currently set to wrap up on May 30th in Memphis, which is appropriate considering Timberlake said his native state served as an inspiration for the album. –Randall Colburn 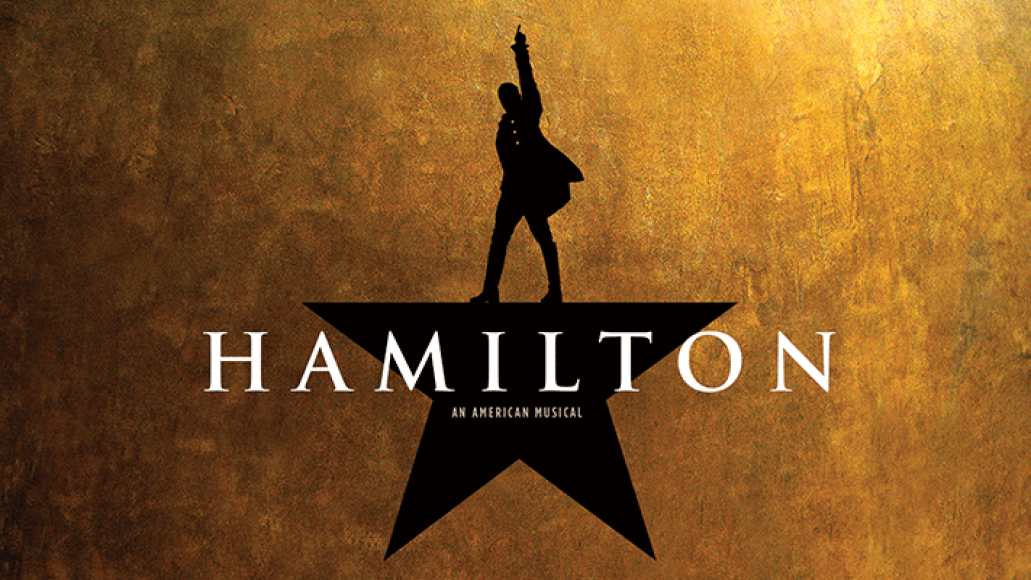