This article originally ran in 2017, but we’re dusting it off for Punk Week.

Where does the story of punk rock begin? Wash away the blood and spit and piss and vinegar of half a century, and you’ll end up … well, nowhere in particular. You might land inside a cramped Midwestern garage with The Kingsmen’s “Louie Louie” crackling through the radio, in a gutted London loft reverberating with the clash of drum and guitar, or in any number of other places that can rightfully claim to be punk rock’s Eden.

The fact of the matter is, punk is a pretty shapeless thing. It has a beginning, a middle, and maybe an end, but things get murkier from there. The genre’s most celebrated practitioners can’t even seem to agree on the outlines of a common ideology. To Joe Strummer of The Clash, punk rock eventually came to mean showing “exemplary manners to your fellow human beings.”

Fugazi’s Ian MacKaye could probably go along with that, but good luck getting the provocateurs of Crass on board. And then there are those who would define punk by its musical freedom, but do three-chord songs completed in two minutes really sound any freer than, say, the expansive soundscapes of prog rock? Like we said: It’s complicated.

With that said, punk rock does have a story, and that’s what we’re here to tell. Our version may be incomplete, and there may be other, equally valid versions out there, but we think we’ve done right by punk by letting the music speak the loudest. What follows is the story of punk in 50 albums, each serving as a different chapter in the evolution of the genre and subculture.

Take note that we aren’t calling these the greatest punk albums of all time (though some of them certainly qualify). We’re simply saying that, without these 50 records, punk wouldn’t be where it is today: confused, chaotic, and contentious as ever.

Here are the 50 albums that shaped punk rock. 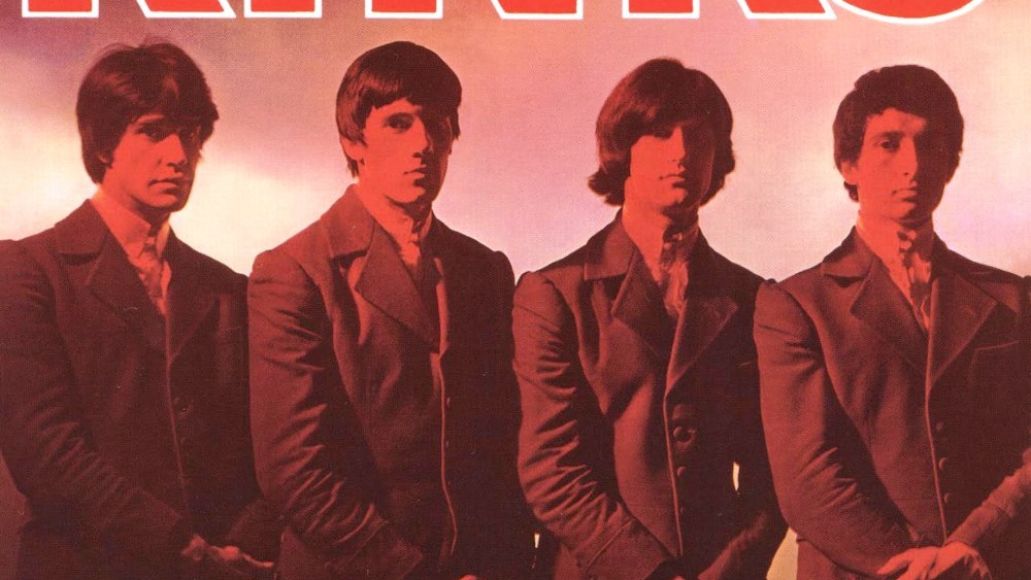 When The Kinks released their self-titled debut album in 1964, plenty of critics dismissed them as just another cheap coin in the Mersey Beat jukebox. What they failed to see is that tracks like the rollicking “So Mystifying” and the smarmy, sarcastic “I’m a Lover Not a Fighter” are cut from a leaner, meaner cloth than the rest of the British Invasion. It all started with lead guitarist Dave Davies, who ingeniously (or insanely) sliced his amp with a razor blade to create the crunchy riff on “You Really Got Me.” Somewhere in that ear-splitting sound were the seeds of everything from Raw Power to Ramones. They may have worn suits instead of leather jackets, but The Kinks were punk rock before such a thing even existed. — Collin Brennan 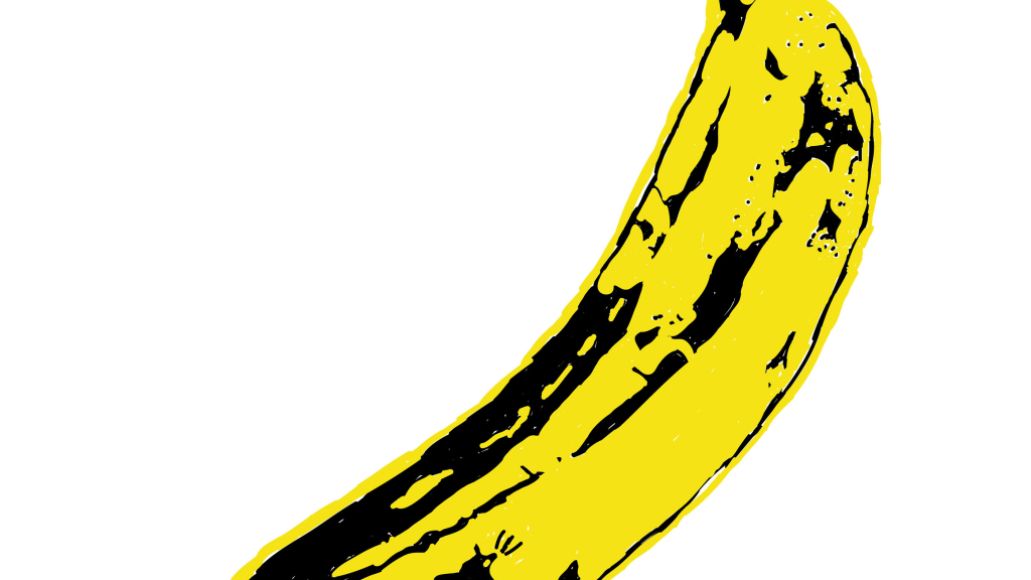 While punk would for many come to be known for tight song structures and simple chord progressions, Velvet Underground & Nico embraced a messy maximalism unlike any other album — either of its era or since. With its droning structures, rough-hewn guitar, and songs detailing drug abuse, prostitution, and sadism, The Velvet Underground embraced the then ignored sides of modern life.

But at the same time, they were managed by Andy Warhol and warmed on the glow of the mysterious allure — along with the chilled mysticism of German vocalist Nico, whom Warhol had introduced to the band. The Velvet Underground’s massive, messy instrumentals stand tall in the world of noise rock, grunge; their layered guitars work with Nico’s icy tones over top set the tone for shoegaze and goth rock; and that iconic album cover proved plenty influential as well. — Lior Phillips 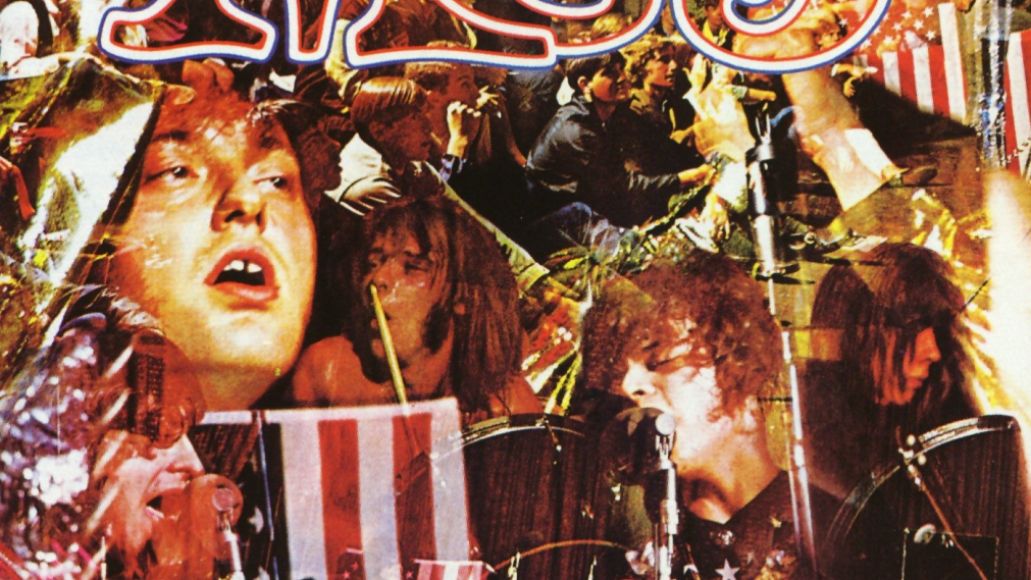 It takes quite a bit of confidence to record a debut album live, but when you have the raw power of MC5, you don’t worry about messing around. That’s especially true when you’re living the grit and grind of Detroit while the rest of the world is focused on the flower power movement out on the West Coast. Iggy Pop took his stage name after witnessing an MC5 show, which should tell you all you need to know: If it’s good enough to influence Iggy, it’s punk royalty. Between Rob Tyner’s screams and Wayne Kramer and Fred “Sonic” Smith’s guitars, the MC5 laid out a blueprint for blue-collar punks everywhere. — Lior Phillips 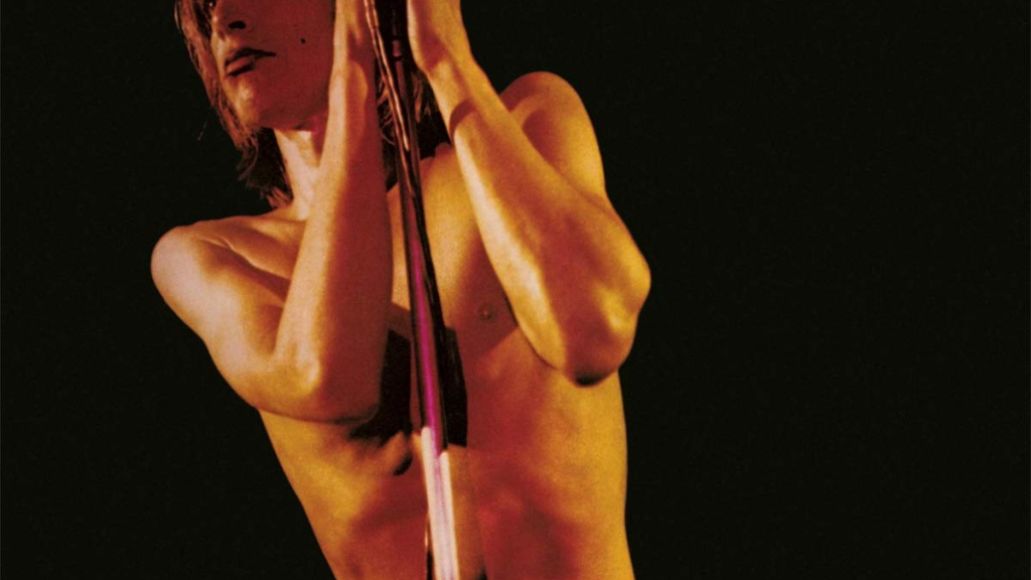 Raw Power is a total absolution. For 34 minutes, Iggy Pop pummels you with unadulterated human rage, painting the loudest and most succinct portrait in his career. It’s the voice of an uncontrollable artist, one who’s fighting a brutal war against rejection and addiction, and it’s through that fight that he went on to define himself to the world. Because, at this point in his career, very few people outside of soothsayer David Bowie believed in the Detroit rock ‘n’ roll statesman. Though, that miserable sense of marginalization is what wound up fueling the album, starting with the nuclear opening salvo of “Search and Destroy” and ending with the napalm drop of six-minute closer “Death Trip.” By then, everyone who was anyone was listening. — Michael Roffman 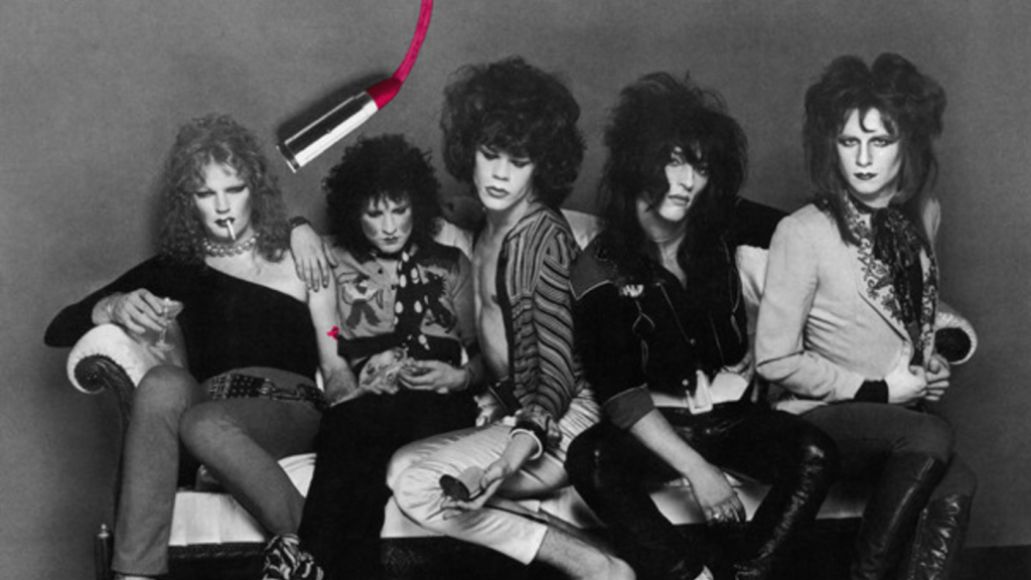 From fashion sense alone, the New York Dolls set a unique tone, inspiring glam rock and hair metal artists alike. However, their influence doesn’t just end at their choice of women’s attire and big-screen drama. Their sharp-tongued alienation and jigsaw guitars get at the wild energy and “anything goes” intensity of kids escaping their family lives and finding freedom in the big city. That could mean pushing deeper into hard rock or embracing pop, as long as it was done with the smirking power of David Johansen. The opener to the Dolls’ self-titled debut has been covered by everyone from Sonic Youth to Scott Weiland, Teenage Fanclub to Todd Rundgren, showing their ability to appeal to anyone, even though they refused to play by anyone’s rules. — Lior Phillips 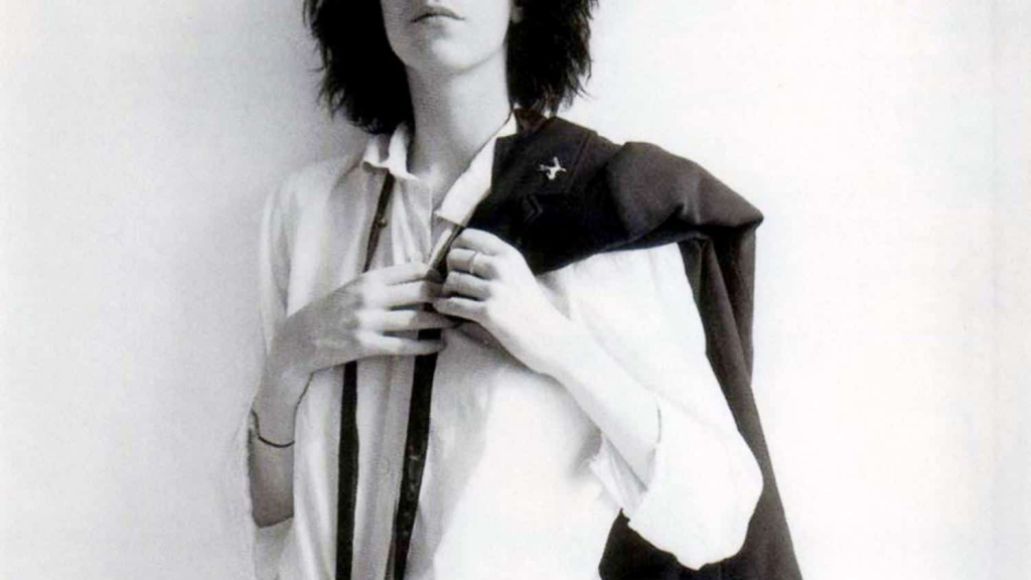 Patti Smith knows what it is to be an outsider. Scraping by in New York City in the ‘70s as a painter, writer, and performer, she balanced life on the margins with understanding the need for connection. As a sort of artistic polymath, Smith grabbed bits and pieces of genres ranging from reggae to garage rock, played them with a righteous fury, and delivered lyrics that fought for a place of their own, inspired by fellow outsiders like French poet Arthur Rimbaud, Doors vocalist Jim Morrison, and the then-recently deceased Jimi Hendrix.

The minimalist fury and fiery vocals matched the tone of the emerging punk world, but Smith’s unique perspective drove home the genre’s potential salvation for thousands of young outsiders the world over, Horses becoming a beacon for those struggling on city streets and the little girls who never thought they could be rock stars. — Lior Phillip 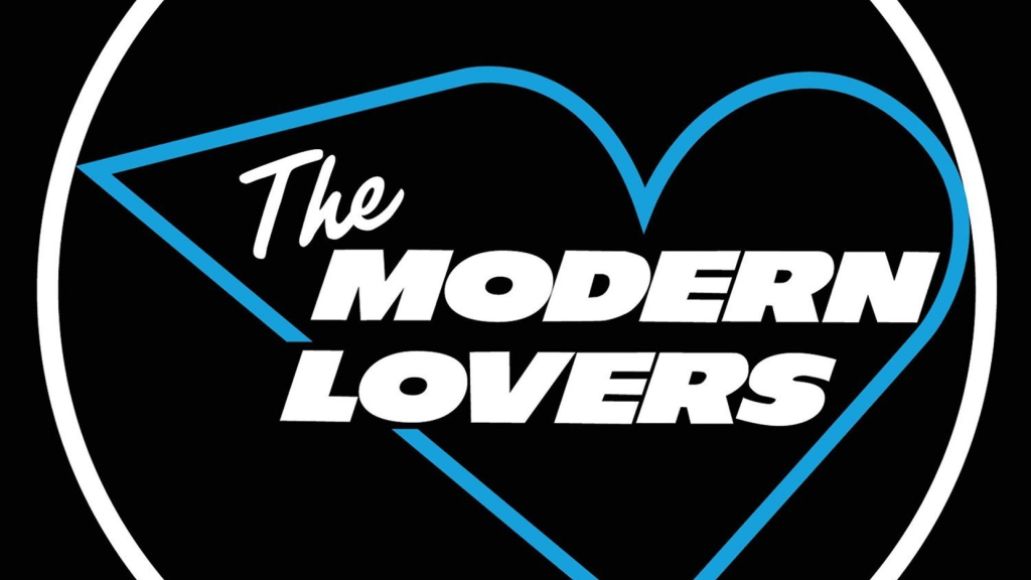 While the Ramones were playing tough in their leather jackets in New York, Jonathan Richman kept his polos and stayed in Boston — and still wound up making a massive impact on the history of punk rock. Whether celebrating his home state of Massachusetts in “Roadrunner” or letting his voice crack when he wishes for a partner to take to the art museum on the lovely “Girlfriend,” Richman remains unabashedly himself, while the rest of the Modern Lovers put together warm and fuzzy two-chord punch. The willfully geeky, social-outcast style set the stage for the upcoming emo movement, while their simple, driving song structures fit in line with The Velvet Underground and the garage rock ahead. — Lior Phillips 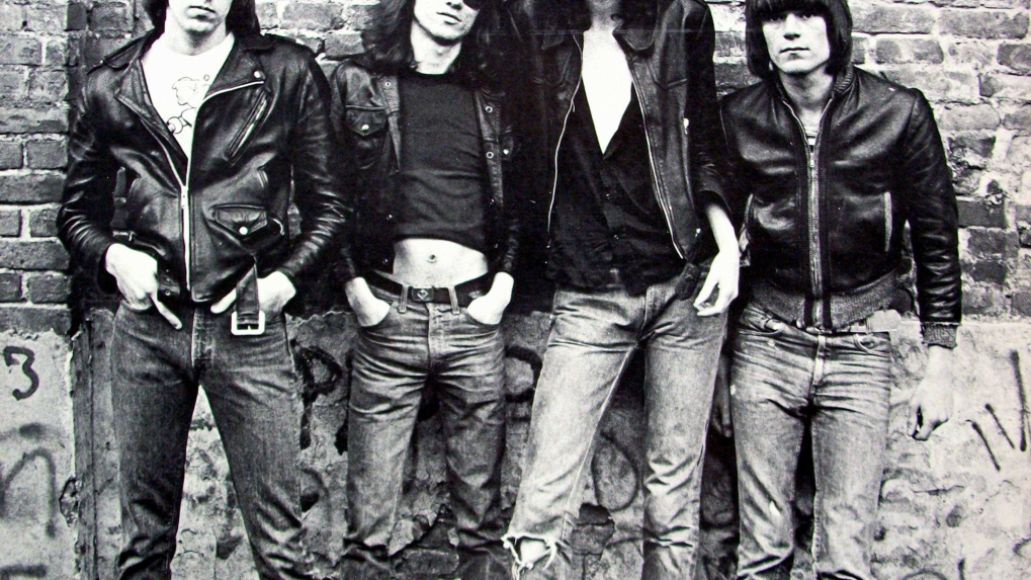 When the Ramones’ landmark 1976 self-titled debut turned 40 last year, our own Ryan Bray noted just how ubiquitous the album’s no-bullshit sound had become, comparing it to a genetic imprint that “defined punk the same way The Beatles did pop or Black Sabbath did metal.” But Ramones did more than just pave the way for the rash of young, dumb, and gleefully defiant bands that would follow in their path. Songs like the mighty “Blitzkrieg Bop” and the screeching “Chain Saw” rewrote the rules of rock and roll, stripping every trace of pretense from the genre until all that was left was a boundless sense of energy and an aimless sense of purpose. In the decades following, bands ranging from Misfits to Green Day would take Ramones’ three-chord gospel to heart. — Collin Brennan 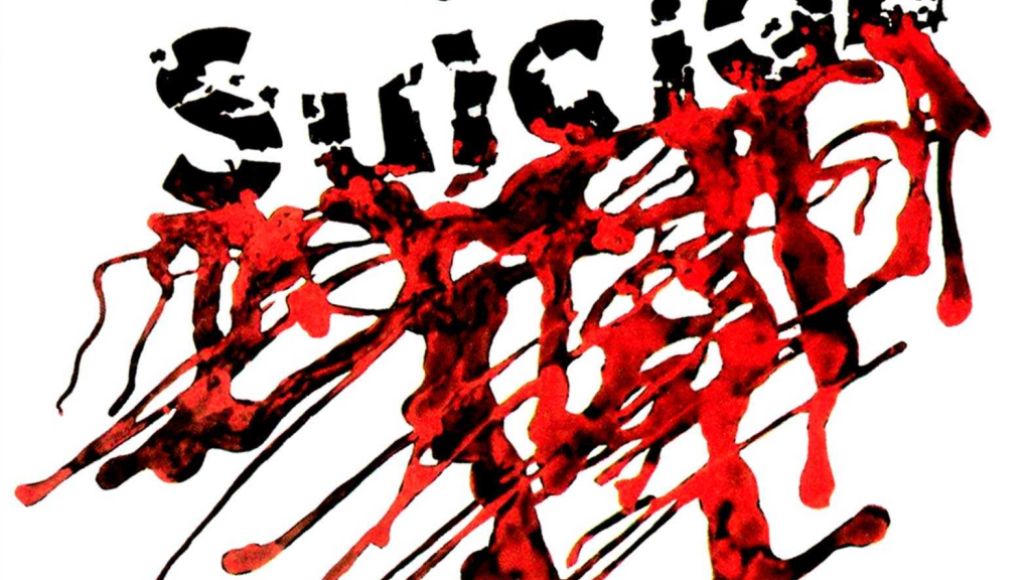 Nothing like the sound of immortal pain and suffering for the future of music. With their 1977 self-titled debut, Suicide’s Martin Rev and Alan Vega officially became punk rock’s H.P. Lovecraft, opening up a portal into an eternal abyss that was dark, disturbing, and absolutely hopeless. But, and this is a very important “but,” the record was also hypnotically paralyzing, and the duo’s haunting use of bass, synthesizers, and repetition proved perplexing enough to warrant whatever nightmares spawned from unnerving jams like “Frankie Teardrop” or “Girl.”

It felt “worth it,” as they say, which is why the two have gone on to spawn ultra-creative super fans like Bruce Springsteen, The Fleshtones, Sunn O))), and Lydia Lunch. — Michael Roffman 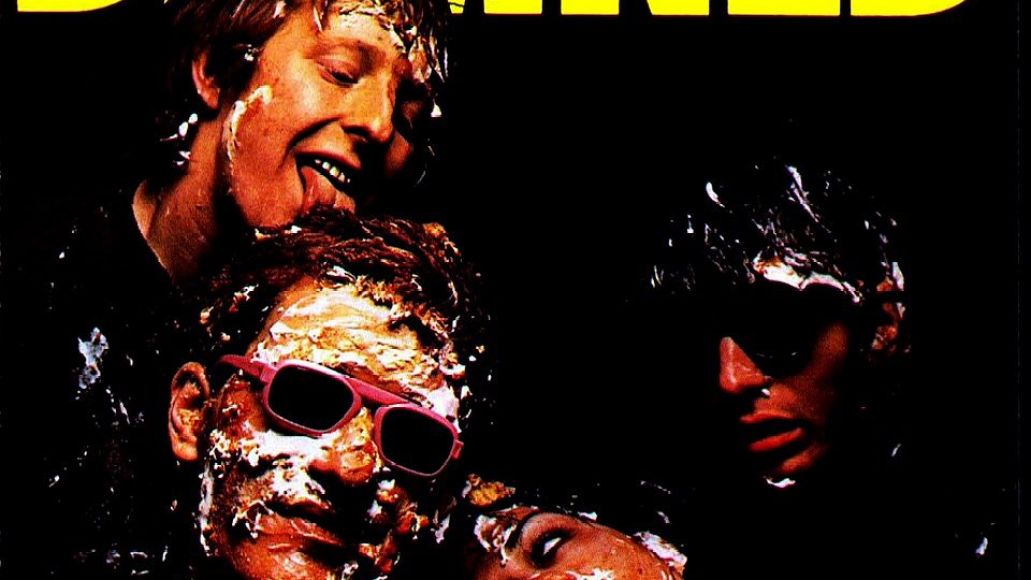 The first punk single to come out of Britain was not the Sex Pistols’ “Anarchy in the UK” but the The Damned’s “New Rose.” This seems not only chronologically but thematically correct, as “New Rose” is less of a break from Britain’s pop past than its blown-out guitar riff would have you believe. In fact, there’s not all that much separating the songs on Damned Damned Damned from what the country’s radio jockeys were high on at the time.

Rather than abandon pop tropes entirely, singer Dave Vanian and his merry band of mischief-makers played around with them, coating them with mud and blood (and plenty of cream frosting, to boot). The Sex Pistols may have changed punk forever, but not before The Damned gave it this enduring blueprint: old melodies, new attitude. — Collin Brennan