The Octopus Project are wrapping their tentacles around a lot of headline space these days for their film scores. Specifically, their work for the Zellner Brother’s Damsel, starring Robert Pattinson and Mia Wasikowska, has received rave reviews coming out of Sundance. The Austin outfit isn’t neglecting their roots to go all Hollywood, though. In fact, they’ll revisit one of their most beloved albums next month with an 11th anniversary reissue of Hello, Avalanche.

Released in 2007, the band’s third record saw them expanding their experimental electro-pop into wild new directions. Before they got to those 13 career-shifting tracks, however, they had to work their way through a number of test demos to find the album’s sound. 12 of those early experiments are included on a bonus disc with the Hello, Avalanche reissue, including the instrumental cut “Beehive’s Dream”.

“‘Beehive’s Dream” is a demo that was composed in the lead-up to the Avalanche studio sessions,” the band’s Josh Lambert said. “We typically work by generating a lot of seed ideas for songs, then choosing our favorites to develop further. There were probably 30 candidates when we chose the 13 tunes for the album… It’s been fun for us to listen back to this audio scrapbook, and really cool to hear these simple sketches next to their fully embellished siblings on the album.”

Now you can hear it too by listening in to “Beehive’s Dream” below.

The Hello, Avalanche reissue is out February 12th via Peek-A-Boo Records; pre-order it here. To celebrate the release, The Octopus Project have broken down the Origins of the album.

The song “I Saw the Bright Shinies” owes a ton to Zhou Xuan. For Hello, Avalanche we wanted to write a song that used the theremin as a main melodic instrument rather than as a sound effect — similar to Zhou Xuan’s voice. The backing tracks for “Shinies” came from a demo that Toto brought to the studio, but really came to life after Yvonne added her three-part theremin choir (which she wrote in the studio). During recording, we ran the theremins through an old, tiny amp to give them a little dust and otherworldly feel that we got from the Zhou Xuan tune.

We’ve been fans of Stereolab forever, but the Emperor Tomato Ketchup record had a particular influence on Hello, Avalanche — specifically their use of strings. It’s so tasteful and simple, yet extremely effective and emotive. We borrowed this approach on many of the songs — “An Evening with Rthrtha”, “Ghost Moves”, “Loud Murmuring”, “Snow Tip Cap Mountain”… 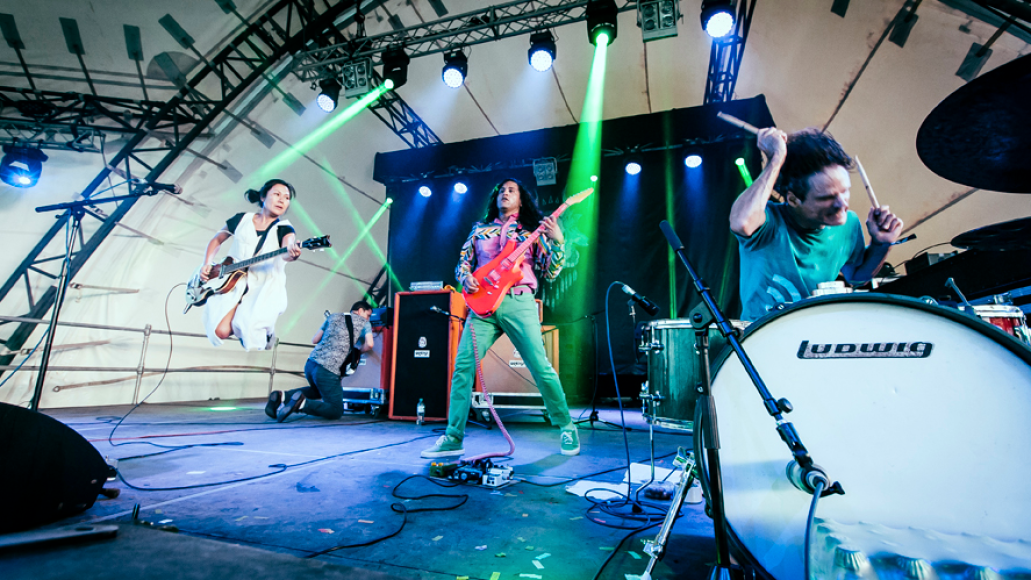 It’s hard to pin down an exact song or record from Deerhoof that has influenced us. It’s all so good! I do remember listening to them a bunch around the Avalanche recordings and really wanting to capture the raw, rocking-out feeling they do so well (which I felt like we had live, but had yet to get on a record). “Truck” is an exact descendent of this. 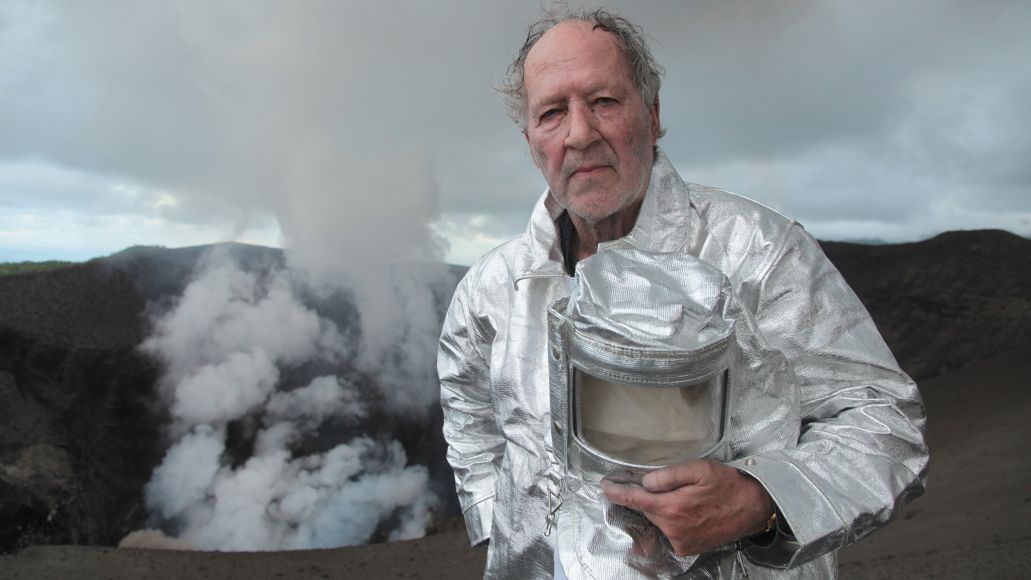 This is a bit vague as well, but we were all pretty obsessed with Herzog back in 2007. I don’t think his films had a stylistic influence on us (we tend to go big and colorful, where he tends to be more quiet and introspective), but there’s an ecstatic spiritual-ness to his films that I think rubbed off on us. Not in a religious kind of way, but in a grander connection with the world and something bigger than just the three of us in the band. 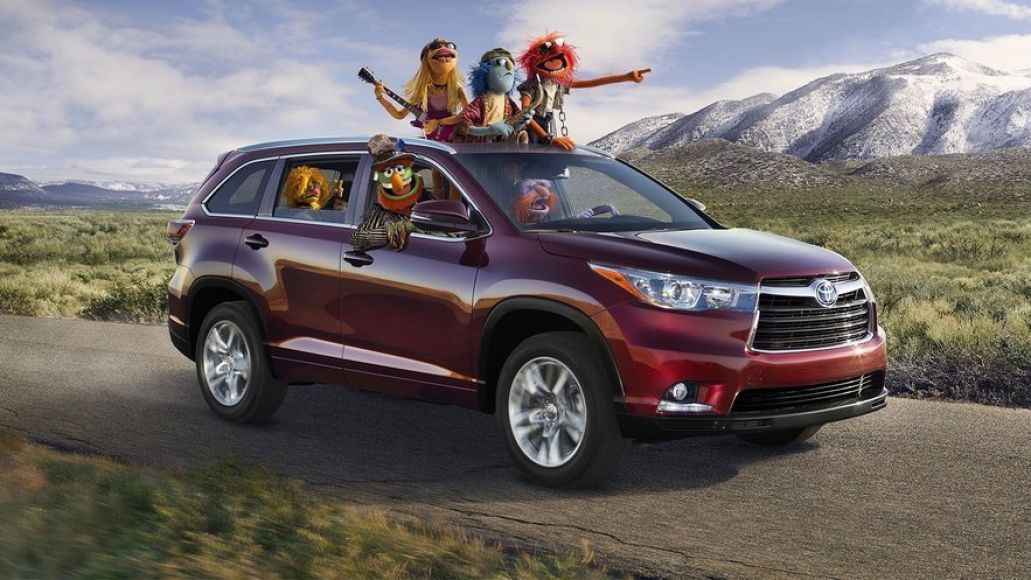 We toured relentlessly from 2002 to 2007 and had so many beautiful and horrible experiences along the way. Our van was stolen on our first tour, but we also got to play Coachella a few years later. It had been (and still continues to be) a crazy, amazing ride & everything that we had gone through and learned and people we’d met and places we’d seen all kind of came out in that record. 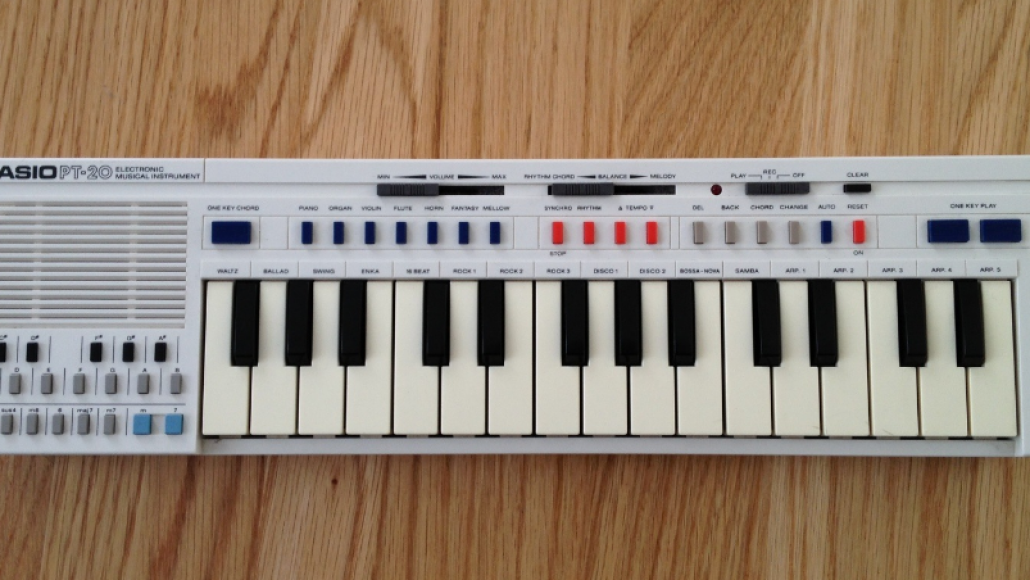 The voice of “Truck!”. Bought for $1 sometime around 2005. The melody for that tune really jumped out of this little guy… hasn’t been used on many other songs but remains a part of the touring setup to this day.

No one would mistake our beats for theirs, but The Neptunes’ early 2000s output was a big inspiration for our drum programming… any time there’s a weird syncopated hi-hat pattern on the record I think that was our take on some of that sound.