Shocker: Darin Morgan delivered another classic episode of The X-Files.

With “The Lost Art of Forehead Sweat”, the veteran writer is officially six for six, and before you scoff at that (admittedly) slim number, look at his outstanding run: “Humbug”, “Clyde Bruckman’s Final Repose”, “War of the Coprophages”, “Jose Chung’s From Outer Space“, and “Mulder and Scully Meet the Were-Monster”. Even passing fans of The X-Files should be able to recognize those titles, if only for how they redefined the way the series approached the standalone format altogether.

Save for Vince Gilligan, who went on to do some pretty great things for himself, Morgan is arguably the savviest guy that ever walked through the doors of Chris Carter’s Ten Thirteen Productions. He’s the kind of sci-fi writer you think about when you see the words “sci-fi writer”, delivering top-notch work that speaks to his heady ingenuity. You know, the kind that could only come from someone who grew up reading the stuff under the covers with a flashlight while his parents were sound asleep. 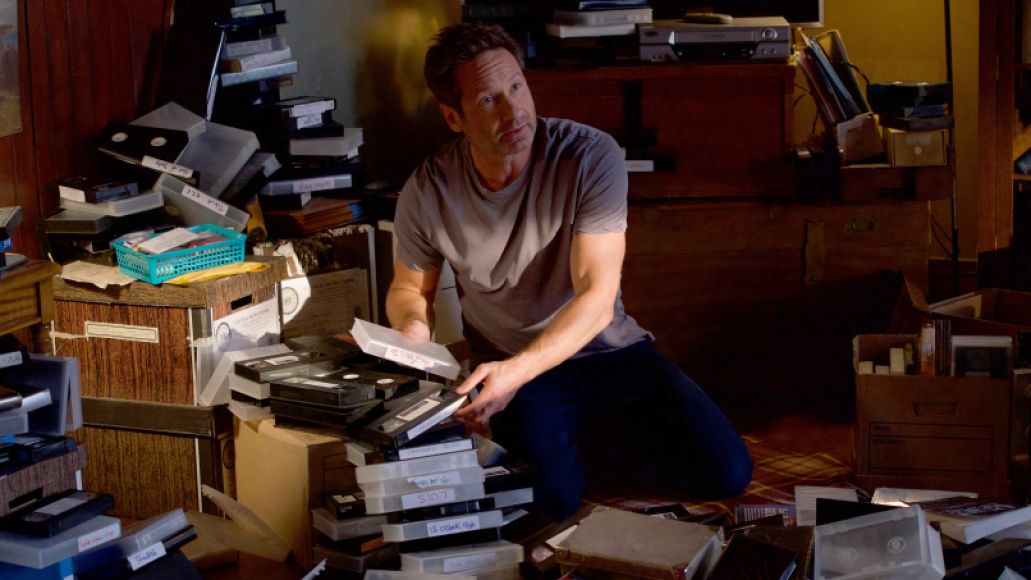 Isn’t that why we’ve always loved The X-Files? Isn’t that passion why we tuned into the show every Friday (and then every Sunday, and now every Wednesday)? Yes and yes. Fortunately for the series — and, by proxy, us — that passion and creativity hasn’t wavered for Morgan. Because, like 2016’s “Mulder and Scully Meet the Were-Monster”, “The Lost Art of Forehead Sweat” is a shocking, if not relieving, reminder that this show can still feel like the smartest thing on television.

Much of this has to do with Morgan’s enduring passion for the series and the medium it affords him in his writing. Look back at every one of his episodes and you’ll be able to chisel each one down to some sort of topic or subculture that clearly piqued his interest at any given time. Whereas most writers were invested in scaring viewers, Morgan has always been more interested in challenging them existentially. Hell, he won a goddamn Emmy for it (see: “Clyde Bruckman’s Final Repose”). 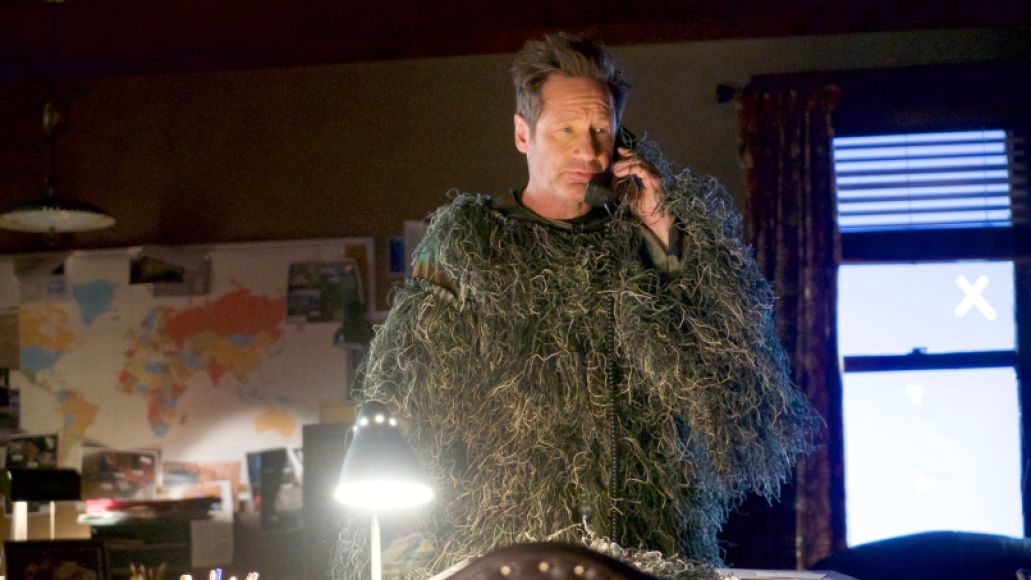 With “Forehead Sweat”, he has some fun chewing on the Mandela Effect, which more recently put everyone into a tailspin when the Internet started debating on the spelling of the Berenstein Bears (or is Berenstain?). As per tradition, the episode’s quirky, funny, subversive, and does all sorts of things aesthetically, be it black and white footage or schlocky CGI. Brian Huskey delivers another outstanding performance as a rattled nutbar. Mulder even wears a tree suit to hunt for Sasquatch.

Above all else, the episode makes you think, and that’s always been the strongest suit for The X-Files. Think about how often we used to get exchanges like Mulder’s incredible third-act discussion with the man behind history’s greatest follies. Now, it’s a rare high-brow moment in a series that values Bourne-style fighting and ludicrous plotting over any semblance of patience and complexity. When the man tells Mulder, “You’re dead, your time has past,” he might as well be talking about the show. 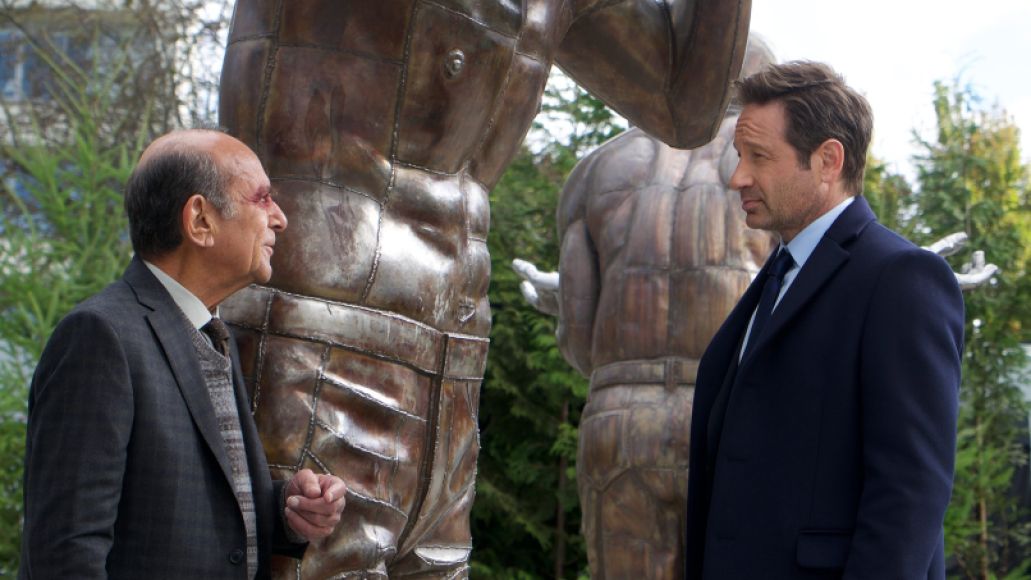 Okay, maybe that’s a little too maudlin of a statement. After all, Season 11 has been a major improvement over its ramshackle predecessor. Carter managed to toss us a curveball last week with the highly entertaining “Plus One”, while James Wong will give us the closest thing to an old-school mythology episode next week with “Ghouli”. So, it’s not all bad, but it’s not all great, either. At least not as great as “Forehead Sweat”, another magical hour that reminds us when the series was at its best.

In other words, back when Morgan was the story editor.

Line of the Week: Mulder speaks for everyone right now when he tells Scully, “I can’t find the hidden connections between things anymore. The world has become too crazy for even my conspiratorial powers.” Preach.

MVP: We’re apt to go with Huskey, whose certainly the centerpiece for this episode, but really, this is David Duchovny’s hour to shine. He gets all the best lines and that exchange with guest star Stuart Margolin is filled with timeless quotes.

Up Next on TV Party: Allison Shoemaker buckles in for a third season of RuPaul’s Drag Race.