Alt-rock veterans They Might Be Giants are returning this new year with a new album called I Like Fun. It’s slated for release on January 19th and will include selections from their weekly Dial-A-Song series.

According to a press statement, the forthcoming 15-track effort ruminates on the topics of “dread, death, and disappointment,” while also encapsulating much of the vigor and engagement of the band’s live show. I Like Fun was co-produced and mixed by Patrick Dillett (St. Vincent, The National), with tracking and mixing done at Reservoir Studios, once the site of Skyline Studios, where TMBG made their 1990 record Flood.

The group initially teased the release with lead single “I Left My Body”. Now, TMBG have shared “All Time What”, an upbeat number about a decidedly un-upbeat subject: the falling apart of a romantic relationship. “And now I’m all torn up because my buttercup up and gone and left me,” goes the first verse, sung with equal parts hollow resignation and pained disbelief. “Said she finally had enough.”

Hear it down below. Pre-order the new album here.

For this edition of 10 Things… TMBG’s John Flansburgh tells Consequence of Sound about 10 Fake Things He Loves. “I should make one thing clear from the outset: in general, I don’t think I am partial to things that are fake,” he says. “Although that fake crabmeat sushi was my absolute personal favorite, it immediately flipped to last place when I found out the truth. The fakeness made it bad. But there is a host of oddball fake things that I take complete delight in.” 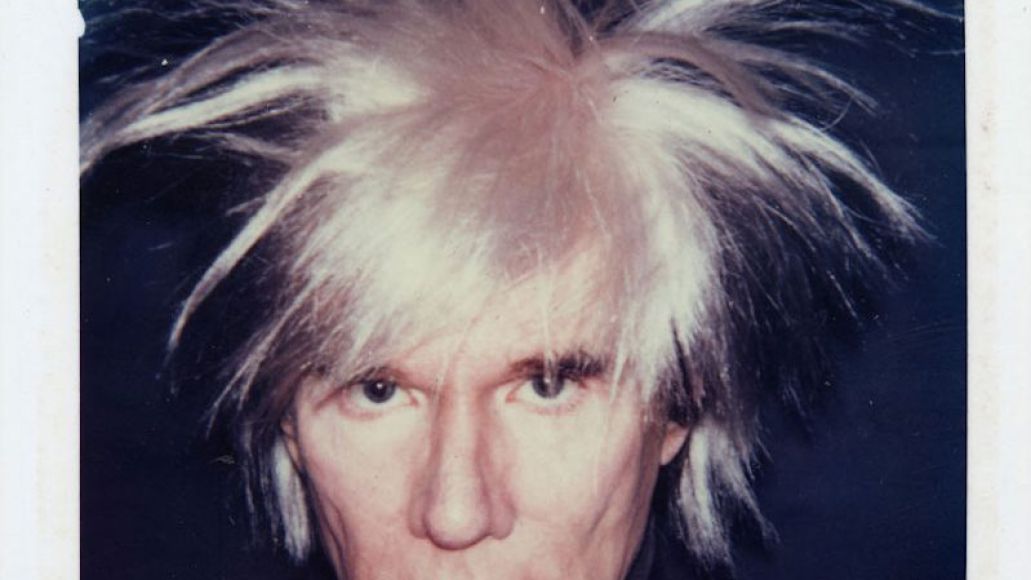 Growing up in the 60s and 70s before hair extensions and weave technology really brought unknowable mystery to the world of hair enhancement and replacement, bad toupees roamed the earth and the power wig ruled supreme. Although rivaled by Howard Cosell, Burt Reynolds, and Phil Spector, the real king of the crazy hairpiece was undoubtedly Andy Warhol. It looked like a rat that had crossed the third rail of the F train had been placed on his head. I have to admit I was completely bewildered and momentarily convinced otherwise about his “hair” when in his book The Philosophy of Andy Warhol (From A to B and Back Again) he declared something to the effect that it had to be his real hair since anyone who wanted a wig would demand something that looks better. It seemed so true. His hair looked terrible. But of course, he was in fact just lying.

Fake watches/Canal Street Rolexes:
Years ago when New York City still had graffiti on the subways, imitation Rolex watches were a huge fad. Available from street vendors on Canal Street for the hilariously low price of $10 (or $50 if you were dumb enough to believe the tag) the quality probably wouldn’t fool anyone, but their insane size and impossible bling was a delight to many a studio apartment dweller. [Mayor Rudy] Giuliani or some other tough guy put the kibosh on it all a few years later, but it was good fake fun while it lasted.

Fake flowers:
I am not one to give home decorating tips, but I was listening to a big deal interior designer who revealed he enjoyed using artificial flowers in some situations. He explained that the quality of fake flowers had improved considerably over the years, and with a little strategic placement, they could really brighten a corner (especially an inaccessible corner) in a big room. Of course, my workspace is filled with many inaccessible corners blocked by bulky sound equipment, and after a visit to my local Michaels, I’ve found that these artificial flowers really perked things up in a surprisingly elegant way, and far enough away from close examination it is impossible to tell they are fake.

Like many New Yorkers, my wife and I have discovered the quality of produce in Korean specialty supermarkets often far exceeds regular markets, and they also have a remarkable array of fruits and vegetables seldom carried elsewhere. When my wife Robin is feeling adventurous she will purchase something unknown and figure out how to cook it later. Probably the greatest discovery in her supermarket explorations has been jackfruit. Prepared properly it can be turned into an amazing, vegan-friendly, faux pulled pork dish so delicious it could satisfy some of the pickiest barbecue enthusiasts.

Fake handclaps/”Let’s Get This Over With”:
A lot of times the addition of tambourines, maracas, or bongos create the spark that makes a set of tracks suddenly seem like a cohesive production. But for me, the solution is often found in the simple sample of a handclap either in tandem with a snare or replacing it entirely. Pop producers have leaned on electronic clap sounds since the early seventies, going from bone-crushing effected sounds like Queen’s “We Will Rock You” to the humble, boxy claps on Outkast’s “Hey Ya”. With the advent of sampling, capturing one effective handclap event made it an easy addition to any drum kit and the celebratory effervescence of that flamed sound is a great foundation for a track. While They Might Be Giants have overdubbed handclaps organically many times as we finish a recording, a lot of times the fake claps on the demo is actually something we don’t mess with. Such is the case with the opening track of our new album, “Let’s Get This Over With”, which features a very small set of claps going against an 808-style kick drum. It’s tiny and relentless, but it keeps the groove moving. 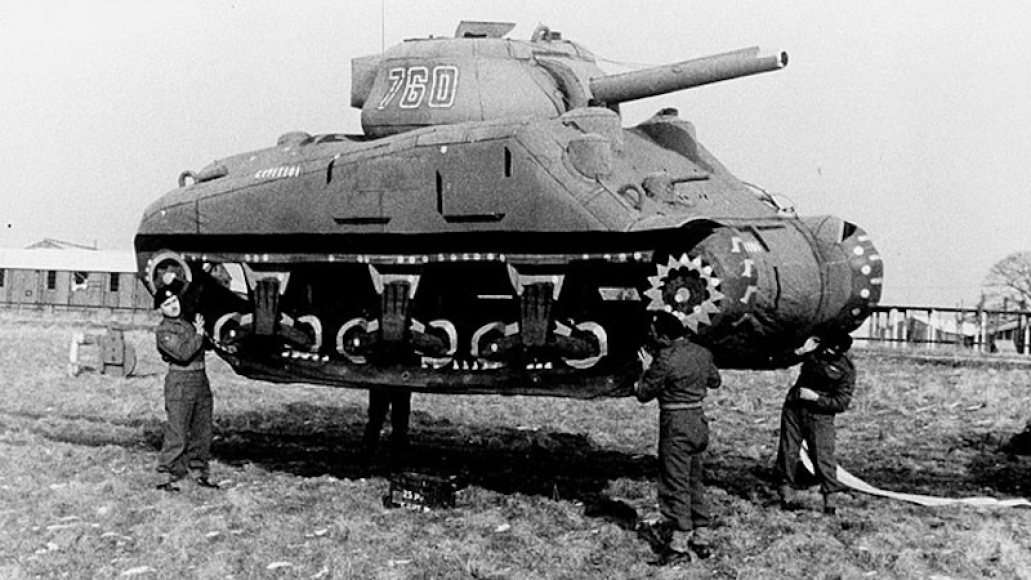 Here is a photograph of an inflatable tank from Operation Bodyguard, part of the strategy used by the Allied Forces to fool the German army as to the time and place of what would ultimately be D-Day and the Normandy landing. Cute!

Fake bands/the Dukes of Stratosphear:
The Monks, The Banana Splits, Dr. Teeth and the Electric Mayhem, Gorillaz. They are all great in their own way. But my vote is the Dukes of Stratosphear. In the midst of a very successful recording career, the British band XTC embarked on an entirely personal project called the Dukes of Stratosphear. They created a small set of recordings in the style of high 60s British psychedelia. The influences are easy to spot, but it’s their genuine enthusiasm for the sounds that makes it all so exciting. It’s also remarkable to hear a band so happy to fully abandon their contemporary sensibility and embrace the style of what seems like a very distant past.

Some years after the Dukes’ releases, They Might Be Giants approached them to participate in an XTC tribute album and our first choice was covering the song “25 O’Clock” from the first Dukes of Stratosphear EP. Our approach was simple — take all the UK psychedelic ideas embodied in the track and try to transfer them to what would have been a US sensibility. Their elegant and mysterious recording was a rich foundation, but we added witchy vocals and garage band ugliness that I think takes it in a very different direction. 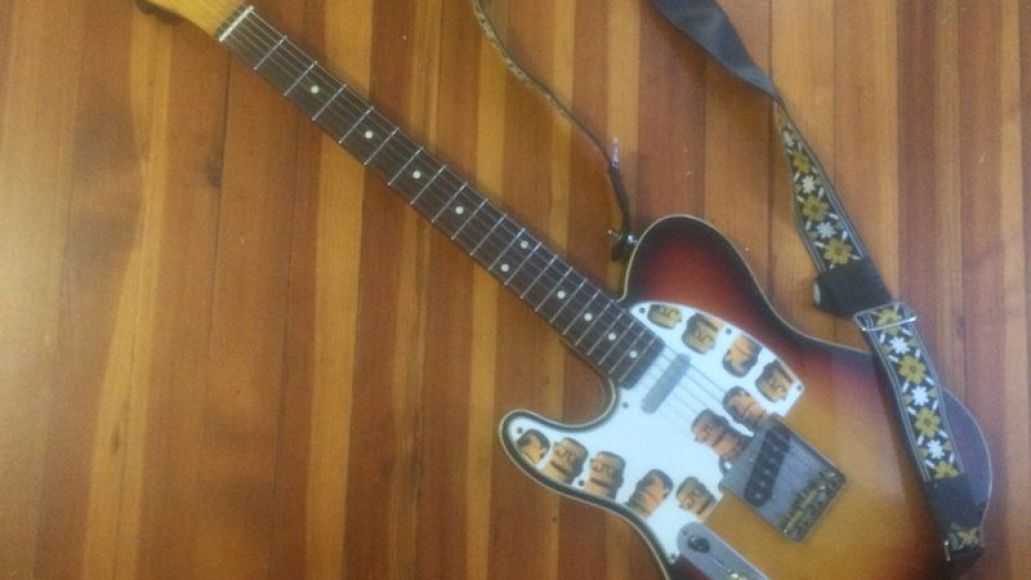 In the late 70s and early 80s, the Tokai and Fujigen Gakki guitar companies of Japan were making quite exact copies of Fender guitars that rivaled if not exceeded the quality of American-made Fenders at the time. Their quality became so notorious it seemed Fender took on the “can’t beat ‘em, buy ‘em” strategy and took over the factory and started labeling the previously fake Fenders with real Fender logos. For years I played a “MIJ” Japanese Fender Telecaster of the mid-80s era and didn’t want for another guitar. These guitars have grown in reputation and get far more on the used market then you would ever imagine a copy would command, but then again they are no longer copies… right?

Fake performances/Marni Nixon:
From the late 40s to the 90s, Marnie Nixon sang in countless movies but was virtually never seen or credited. Dubbed “the ghostiest with the mostest” by Time magazine, it was Nixon who was singing the high notes (and the low notes) for Marilyn Monroe, Janet Leigh, and Audrey Hepburn. Because studios did not want to formally recognize her participation, she was cut out of residual payments that a credited performer would receive, essentially adding insult to injury. In recognition of this unfair business practice, it is said Leonard Bernstein gave Nixon a small cut of his personal royalty for the film West Side Story where she had provided the vocal performances for both Rita Moreno and Natalie Woods. 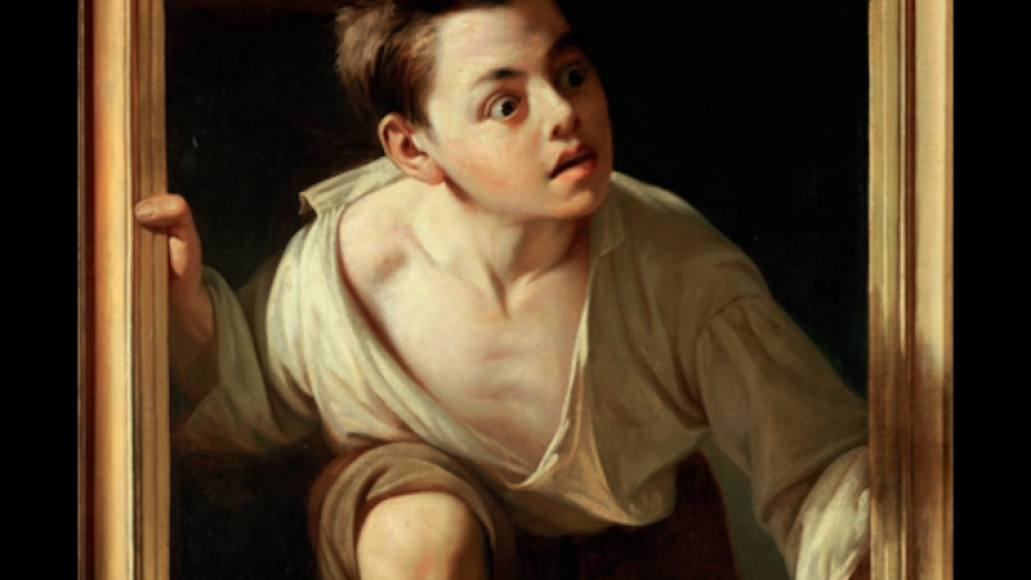 Trompe-l’œil is a highly realistic drawing or painting style and exercise that typically takes a set of familiar objects and reproduces them at their same size to see how close you can get to “tricking the eye” into seeing the objects as occupying three dimensions. Of course, most art students including me fail miserably at it, but in the hands of a master draftsperson or painter, the results can be pretty startling. This example is called “Escaping Criticism” by Pere Borrell del Caso and, judging by the title, I suspect the artist had a chip on his shoulder about how his work had been received up until then in spite of his clear technical prowess.

In support of I Like Fun and their ongoing Dial-A-Song series, TMBG will embark on a lengthy US tour beginning later this month. Their schedule is below.

They Might Be Giants preview upcoming album with new song "All Time What": Stream