Love it or hate it — and some musicians truly, deeply hate it — Spotify has already joined the gramophone, Walkman, and iPod as one of the iconic listening tools in music history. The Swedish-born service wasn’t the first to bank on streaming as the future of music, but it was the first to propose a business model that married the wants of listeners (more songs available on demand) with the needs of the major record labels (more money).

Nearly a decade after its 2008 debut, Spotify stands as the largest streaming service in the world by a wide margin (140 million active users and 70 million subscribers, dwarfing runners-up Apple Music and Amazon). In the eyes of record company executives, many of whom initially regarded the company as Piracy Lite, Spotify has swiftly gone from pariah to messiah. No other company or concept is more responsible for the music industry’s commercial resurgence in the post-iTunes years, and the outlook for 2018 looks even brighter than 2017’s record-setting year.

Or does it? Many in the music industry have accepted Spotify’s quick ascension to the top of the streaming heap as an inevitability, but questions linger about the service’s ability to turn a profit — both for itself and for the artists forced to adapt to its new reality. 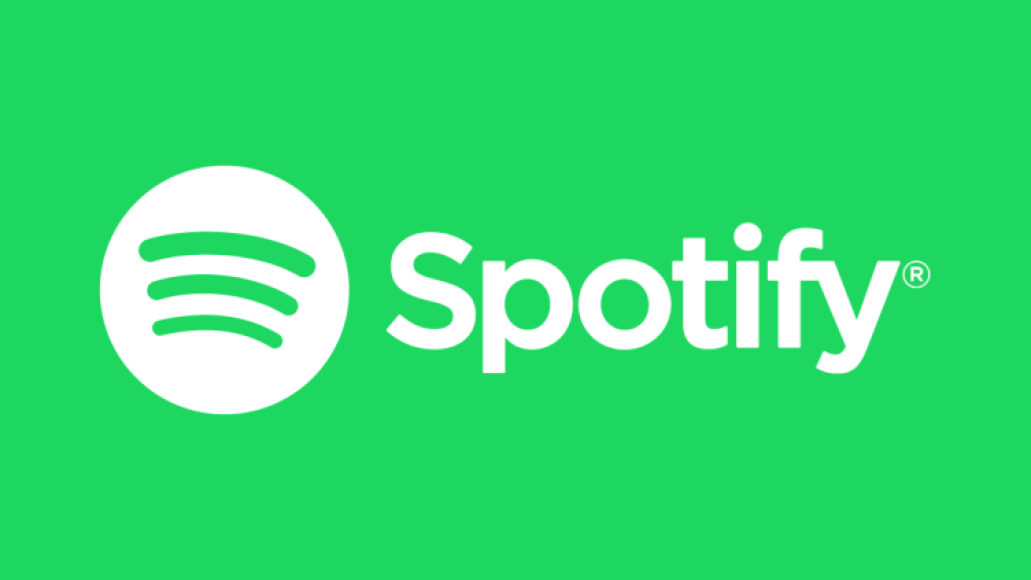 A case-in-point: Few were surprised by a recent Axios report that Spotify has filed IPO documents with the Securities and Exchange Commission, a sign that the company intends to go public in 2018. And yet few have any real idea what’s in store for Spotify in the months and years after it goes public. Anyone who claims to know exactly how Spotify’s future will play out is either lying or full of shit, and that’s scary news for a company looking to attract new shareholders by the droves.

On the apparent eve of its public offering, the story of Spotify remains rife with blank pages. That level of mystery is going to make a lot of investors very rich or very depressed, but what about artists and listeners? These are the people who actually make Spotify possible, and their fortunes (or lack thereof) will also be tied to the company moving forward.

Whether you’re an avid Spotify user or an analog holdout, this news will likely affect how you listen to, buy, and experience music over the next decade-plus. That means you should probably get familiar with the broad strokes of what’s going on with the company. Since Spotify’s first language is the playlist, here’s a track-by-track primer of what you need to know… 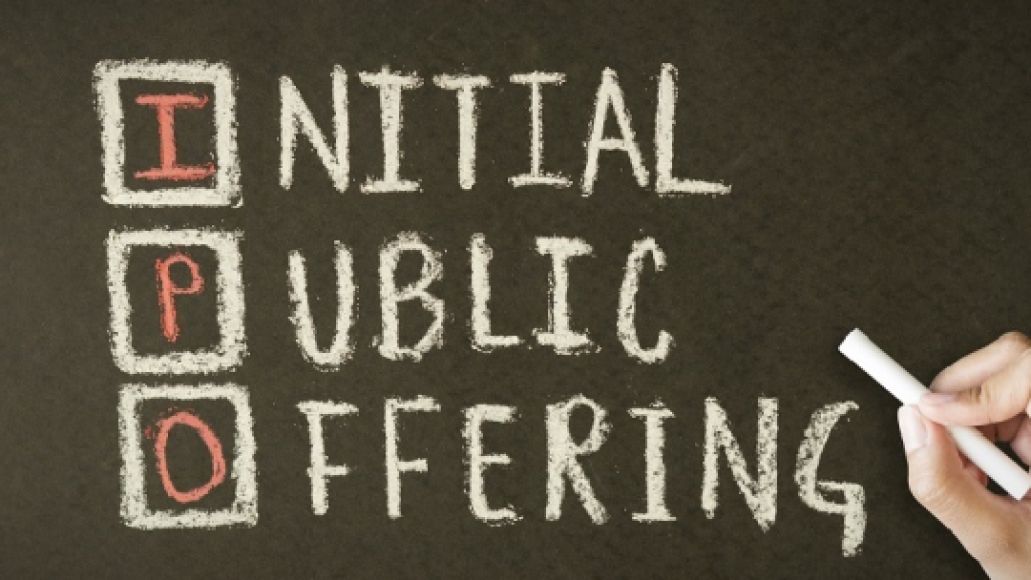 First things first, you might be thinking: What the hell is an IPO?

IPO stands for “Initial Public Offering.” It’s what happens when a private company starts offering shares of its stock to the public. Big-time investors generally get the first chance to purchase stock, but eventually the general public can buy and trade shares, too.

Why would Spotify want to go public? Because it provides a potentially massive influx of money to fuel further growth and expansion. Spotify hasn’t exactly had trouble with growth, as the company tweeted out this message on January 4, 2018, the same day the news of its IPO leaked:

Make no mistake, though — Spotify is certainly keen on finding new sources for money. As Recode reports, the company spent 2016 raising $1 billion in convertible debt based on the promise that new investors will get a discount on shares when it files for an IPO.

The twist is that Spotify is actually trying to go public without an IPO. 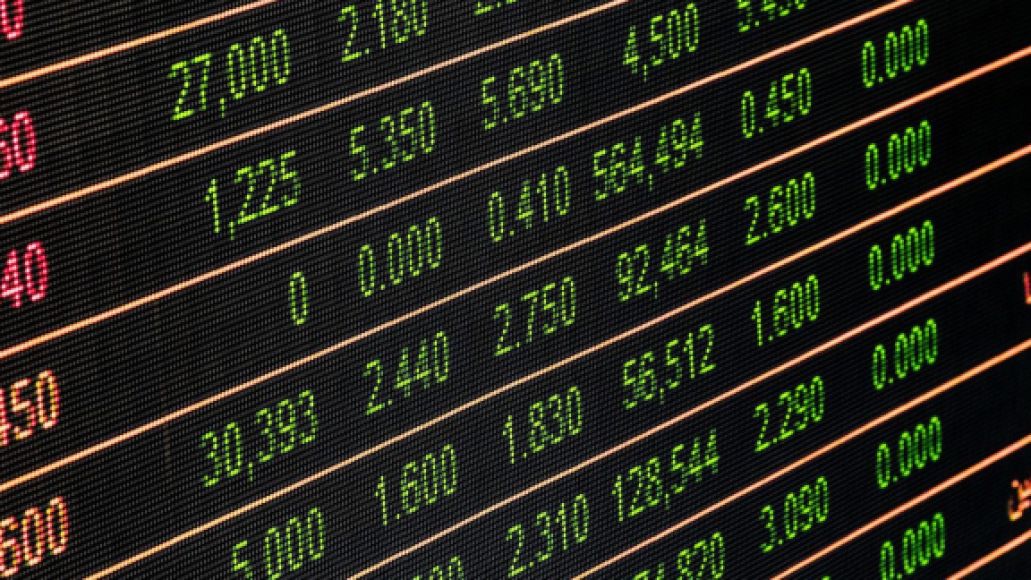 Though widely expected, there is nothing “typical” about Spotify’s decision to go public. Rather than go through the traditional IPO process, which involves paying investment banks to raise money and set the price for the stock, Spotify is opting for an unusual process known as a “direct listing.”

This approach comes with its own risks and rewards. To put it simply, a traditional IPO makes things a little more predictable since it helps to establish a general price range for the stock. A direct listing means that Spotify won’t have to pay investment banks millions of dollars in fees to set that price, but it could result in less stable share prices.

Whether Spotify’s non-IPO is ultimately successful will largely depend on how investors view its potential for profitability down the line. If enough people think the company’s business models is sustainable, then its stock price will probably be fine and Spotify will continue to spread its lime-green tentacles across the rest of the music industry. But that’s far from a given.

Track 3: “You Never Give Me Your Money” 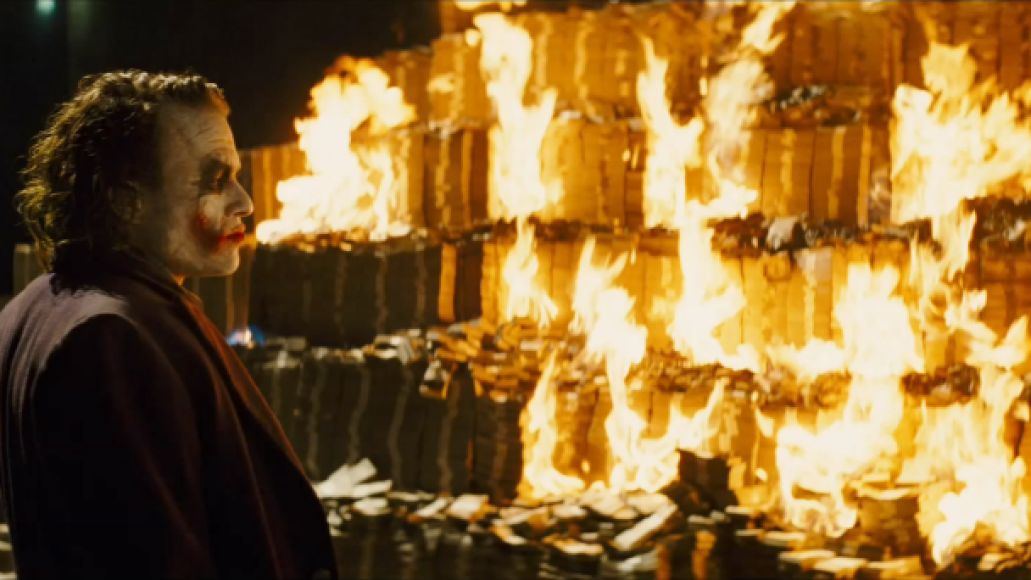 Plenty of tech start-ups have tried to “disrupt” various industries in recent years, but Spotify really is a one-of-a-kind, industry-changing phenomenon. It’s the first stand-alone streaming service to even consider going public, and it has the revenue and user base to back that up. That’s the good news. The bad news is that Spotify still hasn’t figured out how to turn all its other impressive figures into sustainable profitability.

In some ways, that’s to be expected. The company has been laser-focused on growth and expansion in recent years, and its strategy has paid off in the sense that it’s now the world’s No. 1 streaming service by a wide margin. Not bad! But the fact that the company has lapped its rivals shouldn’t overshadow the larger reality that streaming doesn’t have a strong track record of profitability. Like other streaming services, Spotify has been dogged by a catch-22 inherent in its business model: The more money the company makes from streaming, the more it has to pay out to the labels in licensing fees.

This means that Spotify’s continued growth, which would presumably enter into hyperspace in the wake of a public offering, may not translate into profitability for the company — not soon, and maybe not ever. As John Seabrook notes in his 2015 book The Song Machine: Inside the Hit Factory, Spotify’s label “contracts are renegotiated every two to three years, so the better Spotify does, the more, in theory, the labels could ask for. This makes Spotify unlike many Internet companies, in which the fixed costs of doing business become relatively smaller with scale.” 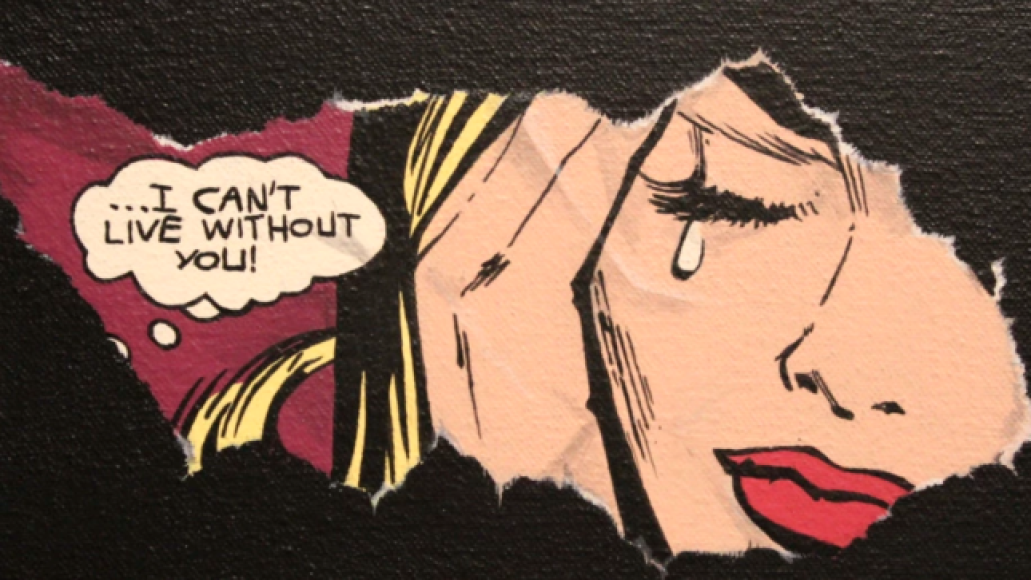 In spite of concerns over its business model, Spotify insists it has a pathway to profitability. To get there, the company will likely have to figure out a way to lower its payouts to music rights owners.

That might not be an easy sell to the record labels, but Spotify has some leverage. It could point to the music industry’s increased revenues in recent years as proof that the industry needs Spotify if it wants to keep reeling in the dough. If Spotify isn’t profitable, the rest of the industry isn’t profitable. Who wants that?

Still, Spotify would probably have to give up something more in the deal. “Something more” could be additional equity for the labels, who already own close to 15 percent of the company, according to Seabrook. Even if they don’t demand a bigger stake in the company, the labels could renegotiate contracts that kick them a nice bonus if and when Spotify becomes profitable. 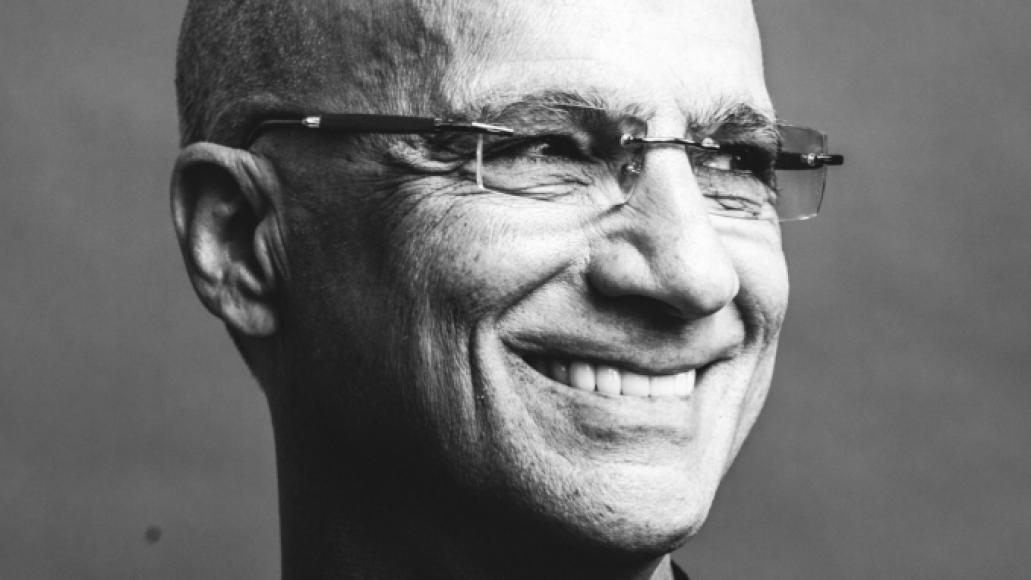 Of course, not everybody believes that Spotify and other streaming services will ever be able to turn a profit. Apple Music head Jimmy Iovine recently spoke out about streaming’s razor-thin margins, which don’t exactly put them in a position to succeed.

Iovine claims that the companies in the best position to succeed — Apple, Google, and Amazon — aren’t dependent on music streaming alone. Spotify, on the other hand, has put all its eggs in the streaming basket and thus faces the challenge of “making this a real business.”

That challenge is only going to get more daunting as artists begin to collectively seek a bigger share of the streaming pie. 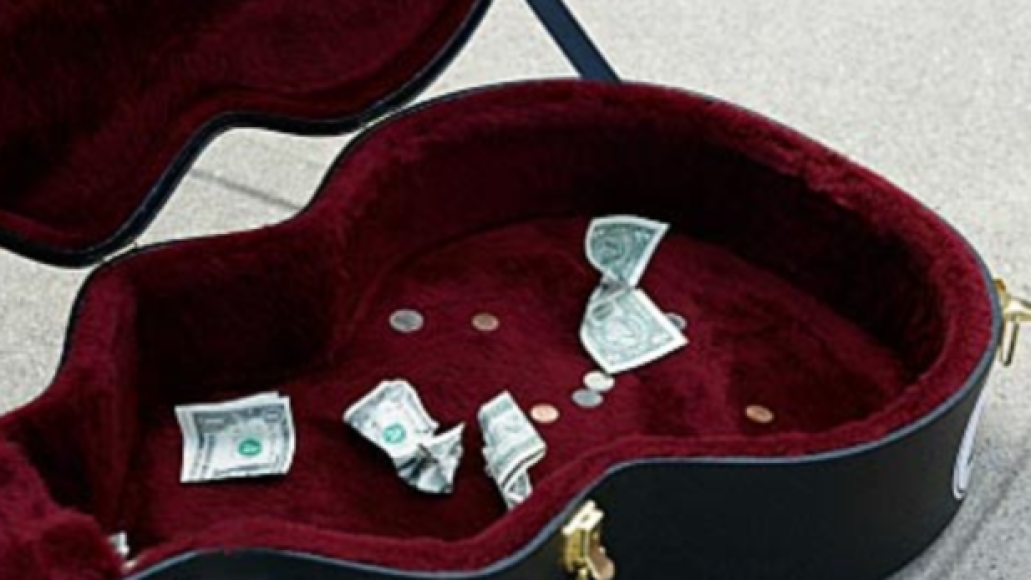 To put it delicately, Spotify’s business model and unholy alliance with the record labels have given artists the shaft from Day 1. As Seabrook notes, Spotify essentially pays out huge lump sums to the major labels for their catalogs, and the labels then get to decide how to dole out that money to the artists (or not).

Spotify peppers its artist-facing website with testimonials about how great it can be as a marketing tool and inspiration, but the reality is that most artists make pennies on the dollar even if they’re generating millions of streams. A few years back, The Verge’s Lizzie Plaugic calculated that she paid, at most, roughly $2.24 to Built to Spill after streaming the band hundreds of times over the course of a year.

The calculus hasn’t changed much since then, and it’s still depressing for mid-level artists who can’t rely on touring and merchandise as the sole sources of their musical income. Sure, it’s great for a band like U2, who can give their music away for free with the knowledge that they’ll sell out any arena show they play. But for a band like Built to Spill or a young rapper who can’t scrounge up the up-front costs of touring, the prospect of Spotify’s “free for all” buffet is a lot less fun. 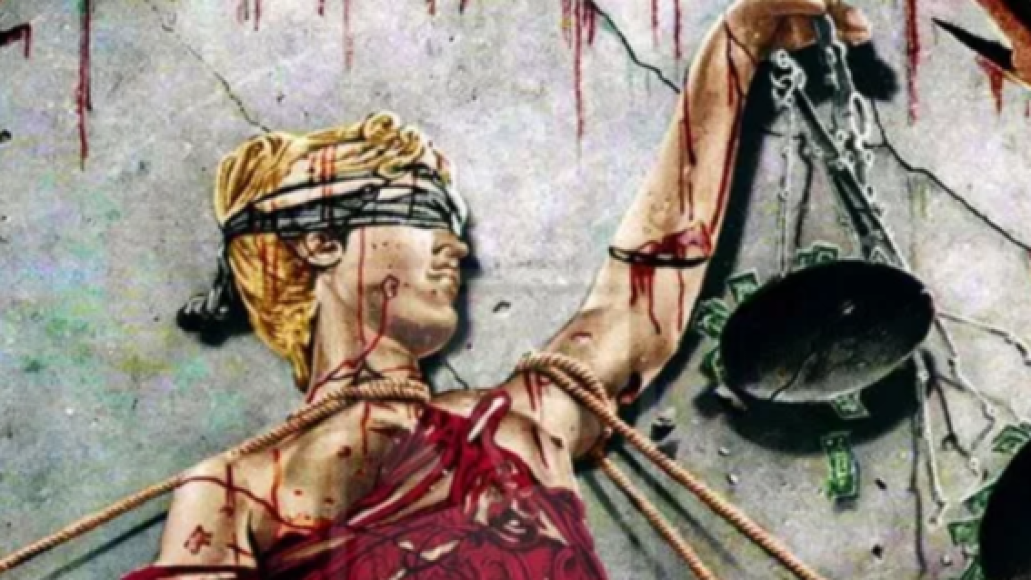 The bigger problem for Spotify, though, is that many of the industry’s biggest artists are starting to fight back for what’s theirs. Last week, Wixen Music Publishing Inc. sued Spotify for allegedly using thousands of unlicensed songs by the likes of Neil Young, Stevie Nicks, and the late Tom Petty. Wixen is reportedly seeking damages worth at least $1.6 billion, and this isn’t the first time Spotify has found itself in hot water over licensing rights. (According to Billboard, the company reached a $43.4 million settlement with songwriters in 2017).

Wixen’s lawsuit is merely the latest reminder that Spotify has yet to solve a problem that has plagued it from the beginning. Going public and generating more revenue may be able to help Spotify survive these multi-million dollar skirmishes, but the more they stack up, the more they start to feel like an albatross weighing down the company’s bright future. 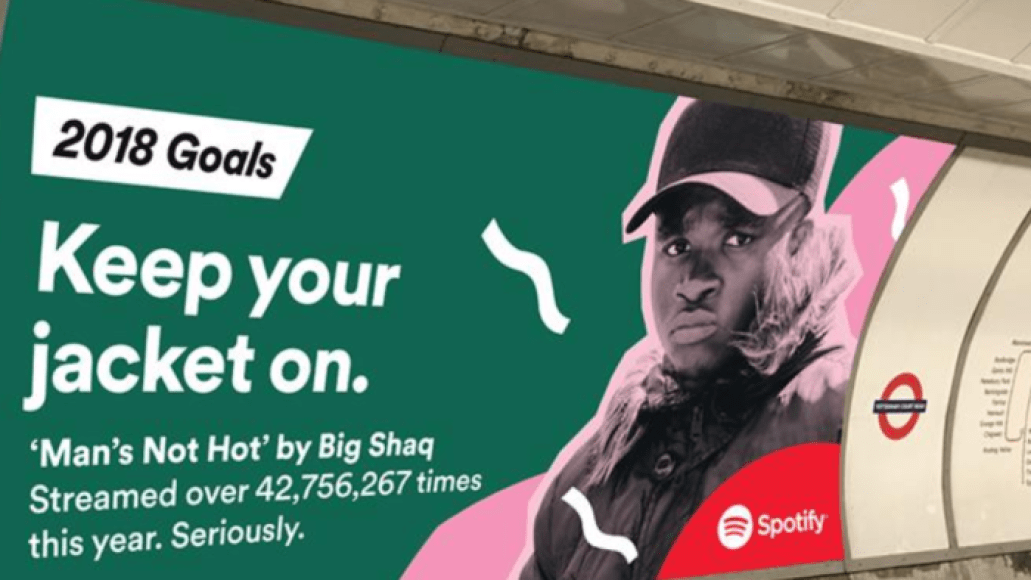 In spite of all its issues and newfound enemies, there’s no denying Spotify’s centrality in the conversation about where music is headed in the 21st century. The company that Radiohead’s Thom Yorke once called “the last desperate fart of a dying corpse” is staring down a valuation of nearly $20 billion when it goes public, which suggests that it’s more than mere flatulence.

But for Spotify to succeed, it needs to figure out how to appease everyone all at once. The investors need to see that it’s a stable and sustainable business, and the labels need to recognize streaming as a true paradigm shift, as opposed to a passing fad they can milk and then discard when it dries up.

More importantly, Spotify needs to work for the artists responsible for making music, which means creating an ecosystem in which they can thrive as more than cheap labor. If it fails, the artists may have no choice but to go elsewhere — and take their listeners with them.

What the Spotify IPO Means for the Future of Music