A popification of metal that began with late ’70s glam rock and spanned the entire subsequent decade, hair metal continues to be shunned by most folks who consume music critically and self-seriously. It lives on in the minds of fiftysomethings who remember being there, whether “there” constitutes a trashed Vegas hotel room or the sordid greenroom at West Hollywood’s Troubadour nightclub.

Defined by its hedonistic baggage as much as its blistering riffs and shout-at-the-sky choruses, hair metal has a definite PR problem in today’s musical landscape. After all, isn’t this the dumb crap Nirvana and all those other great ’90s alt-rock bands pushed back against? Isn’t this the stuff that preached style over substance and eventually morphed into reality TV dreck like Rock of Love and Tommy Lee Goes to College? Yes. It is. But here’s the thing: Some of it also kind of rules.

You might think we’re scraping the bottom of rock’s barrel by stumping for hair metal, but hear us out. This shameless and shameful genre actually spawned a ton of great records that fans of punk, hard rock, heavy metal, and even blues shouldn’t dismiss out of hand. To prove it, we’ve assembled a chronological list of 10 hair metal albums that definitively do not suck. And we didn’t even have to include Appetite for Destruction!

If you’re a hater, we hope you find something here that changes your mind or reinforces your iron-clad prejudices. On that note, leather up and enjoy. 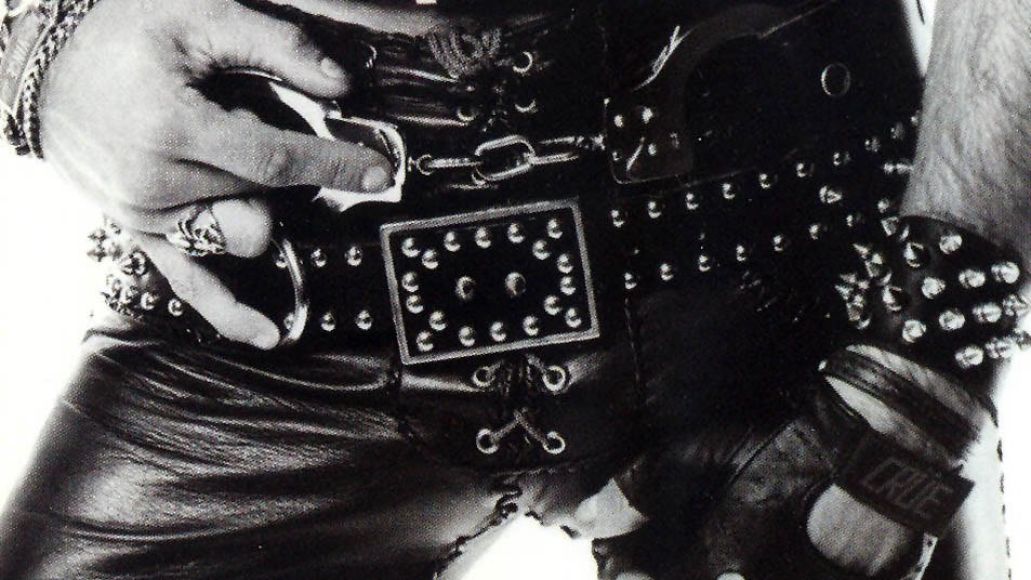 Though it remains a larger-than-life touchstone of the genre, Mötley Crüe’s debut album also serves as a backdoor entry point for punk fans willing to give hair metal a chance. The leather-clad iconography of the album’s cover is certainly relatable, and even the phrase “Too Fast for Love” echoes the “Live Fast Die Young” battle cry of LA punk contemporaries Circle Jerks.

But set aside the superficial imagery — a difficult task when it comes to hair metal, we know — and Too Fast for Love still rocks on its own terms. The lightning-fast debut single, “Live Wire”, sets an unsustainable pace that the rest of the album somehow sustains, and all the glitz and glam in the world melts away in the presence of the bruising, blues-inspired riffs that blow the doors off the title track and “Stick to Your Guns”. Vince Neil, Mick Mars, Tommy Lee, and Nikki Sixx would come close to outdoing themselves a few years later with Shout at the Devil (1983), but they’d never sound quite as tough or as fun as they do here. 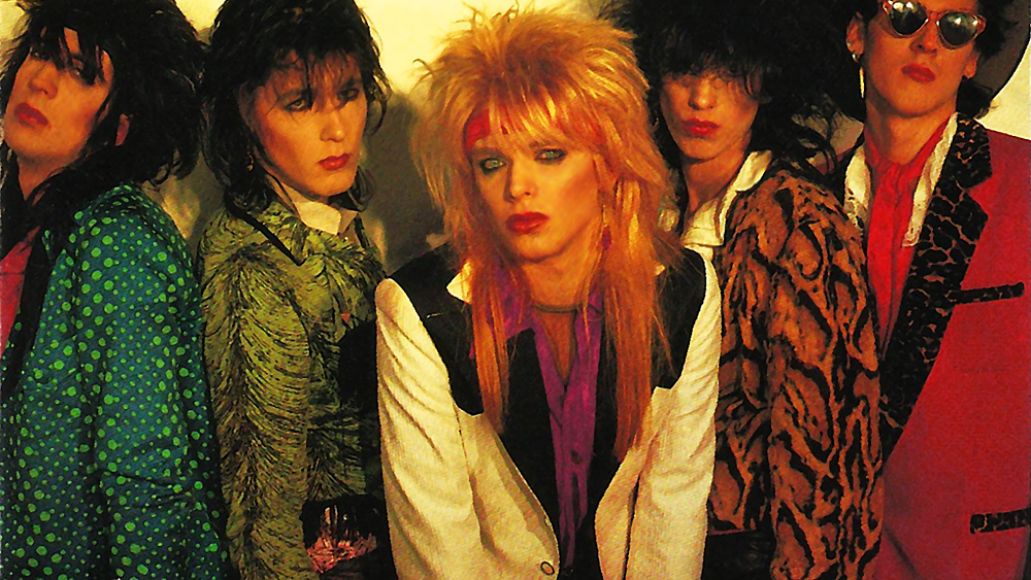 If you’re not already predisposed to liking the genre, one of the best ways to get into hair metal is to start early in the timeline, when punk and ’70s glam rock hadn’t yet been excised from its DNA. Finland’s Hanoi Rocks split the difference between Bowie and the New York Dolls, with vocalist Michael Munroe wielding his platinum hair and British-tinted accent to kiss-me-deadly effect.

Living halfway around the world from the bright lights of LA and New York City was a blessing in disguise for the group, as their seminal Self Destruction Blues doesn’t suffer from the trappings of any one scene. Buzzcocks-era power pop fuels the rollicking “Nothing New” while closer “Dead by Xmas” sounds like a less tough, less self-conscious version of The Skids. Sax and keys lend an additional color to the album that’s sometimes whimsical, sometimes cinematic. In any case, Self Destruction Blues still sounds like a breath of fresh air in a genre better known for its putrid offerings. 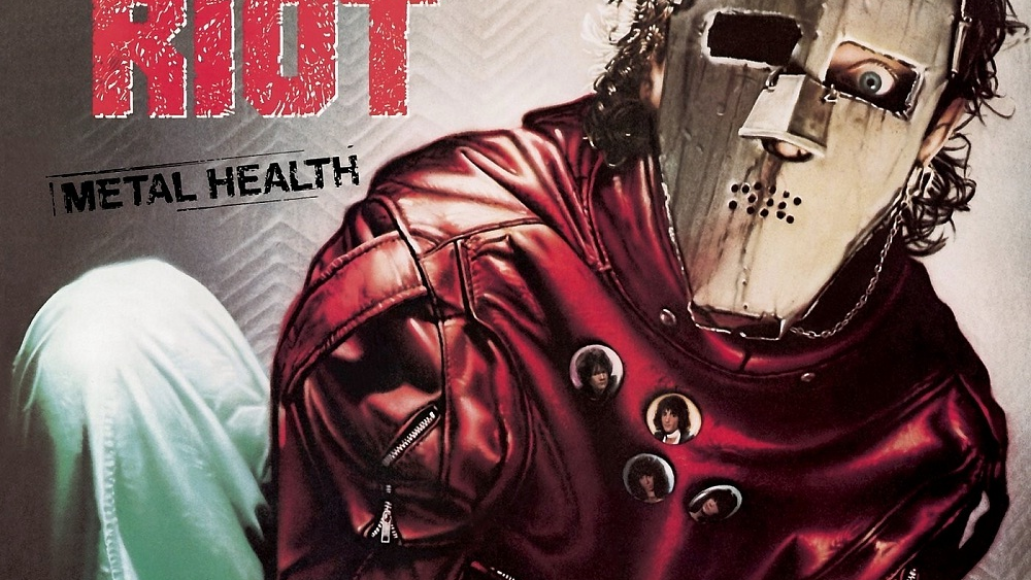 Some might quibble with Quiet Riot’s classification as a “hair metal” band, but the LA group’s second incarnation (formed after the departure and subsequent death of original guitarist Randy Rhoads) came of age in the same LA scene that spawned the likes of Mötley Crüe, Dokken, and countless others. Their breakthrough 1983 album, Metal Health, also served as an important bridge between ’70s heavy metal and the more pop-oriented hair metal of the ’80s. That tension can be heard in the dynamics of opener “Metal Health (Bang Your Head)”, a song whose smooth, polished verses belie the ass-kicking that’s coming in the chorus. The album’s most enduring track, a cover of Slade’s 1973 jam “Cum on Feel the Noize”, stands as yet another example of hair metal’s formula at its best: classic heavy metal plus swagger, sparkle, and even more solos. 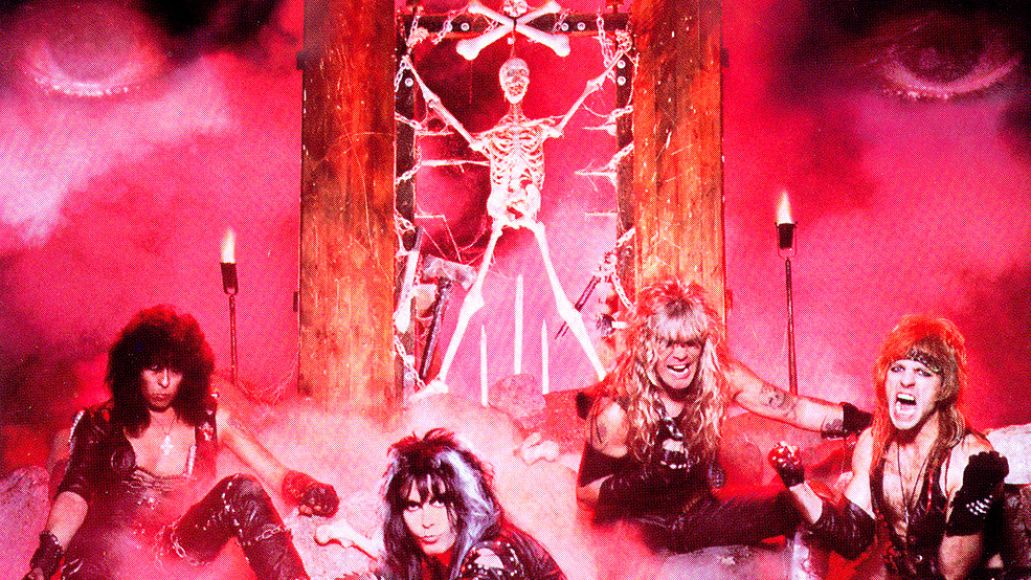 There’s no getting around the simple, indisputable fact that W.A.S.P. kicks ass. Whereas most LA metal groups were content to preach to the already-converted on the topics of sex, drugs, and rock ‘n’ roll, these shock rockers were out to pollute the hearts and minds of America’s youth. Their efforts were rewarded with a bit of notoriety when Tipper Gore and the Parents Music Resource Center called out their debut single, “Animal (Fuck Like a Beast)”, as morally objectionable.

The song ultimately didn’t make it onto the album, but don’t worry: Everything about W.A.S.P. is gloriously, wholeheartedly morally objectionable, from the flayed skeleton on the cover to the satanic howl of frontman Blackie Lawless on “I Wanna Be Somebody”. More dangerous than Kiss and fueled by a meaner guitar-drum attack than Alice Cooper (see “L.O.V.E. Machine” for proof), W.A.S.P. set the standard for hair metal that’s not afraid to let the darkness shine. 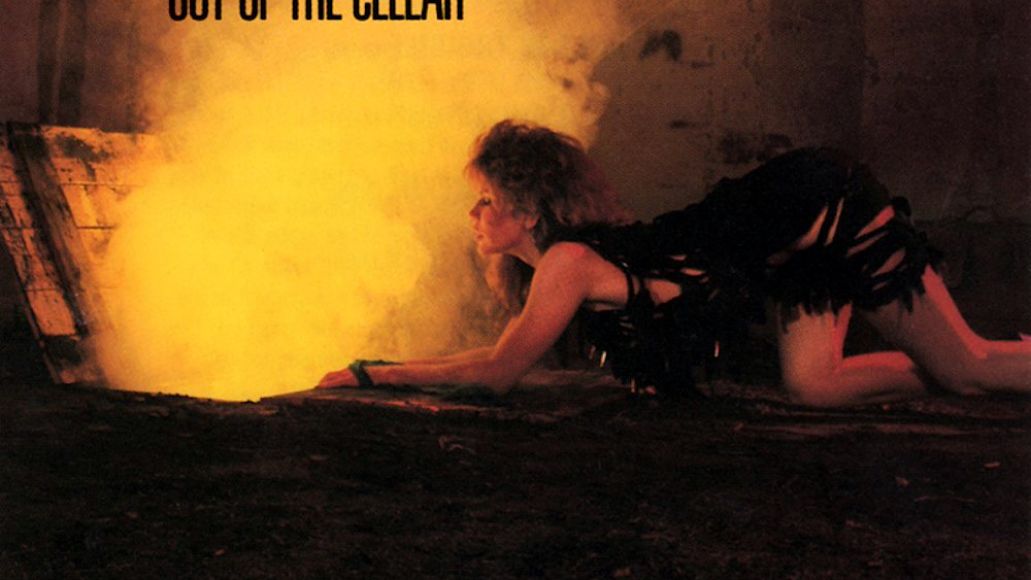 If you’re beginning to sense a theme here, the best hair metal albums tend to offset the vast quantities of cheese with a keen understanding of what makes leaner, meaner genres like punk and heavy metal tick. Speaking of cheese, there’s no shortage of the stuff on Ratt’s 1984 semi-classic Out of the Cellar, on which the leather- and mascara-clad Hollywood rockers aim to out-Van Halen Van Halen. The fact that they don’t fall flat on their faces is a testament to Robbin Crosby and Warren DeMartini, two of the scene’s most talented guitarists and apparently huge fans of British heavy metal, if the tight, snarling guitars of “Round and Round” and the staccato blasts of “In Your Direction” are any indication. Vocalist Stephen Pearcy and the rest of the band are replacement-level by hair metal standards, but Crosby and DeMartini brew something special on Out of the Cellar.