Regarded by many as the birthplace of the blues, Memphis’ Beale Street earned its fame as the home base of masters from W.C. Handy and Muddy Waters to Howlin’ Wolf and B.B. King. By the late ’70s and early ’80s, though, Beale Street had a different kind of blues.

Pernicious and racially motivated “urban renewal” developments of the late 1960s had decimated the area’s traditional African-American population and shuttered the businesses and nightclubs that once lined the street, and the city’s (eventually successful) revitalization efforts were still in their nascent stages.

A New York Times article from that era opened with the dour pronouncement, “There isn’t much left of Beale Street,” before writer Robert Palmer mourned the loss of the area’s shops, theatres, and “saloons where itinerant blues pianists rocked and rolled and tried to stump one another with spectacular feats of polyrhythmic dexterity.”

Palmer couldn’t know it then, but the tide was already flowing back in Beale Street’s favor. For one of the architects of this revival, the real turning point in Beale Street’s resurrection, had already come years earlier, on May 14, 1977, with the arrival of the Beale Street Music Festival. In his memoir Beale Street: Resurrecting the Home of the Blues, John Elkington recalled that first weekend festival by its subtitle: “The people of Memphis invite you to meet people from Memphis.” 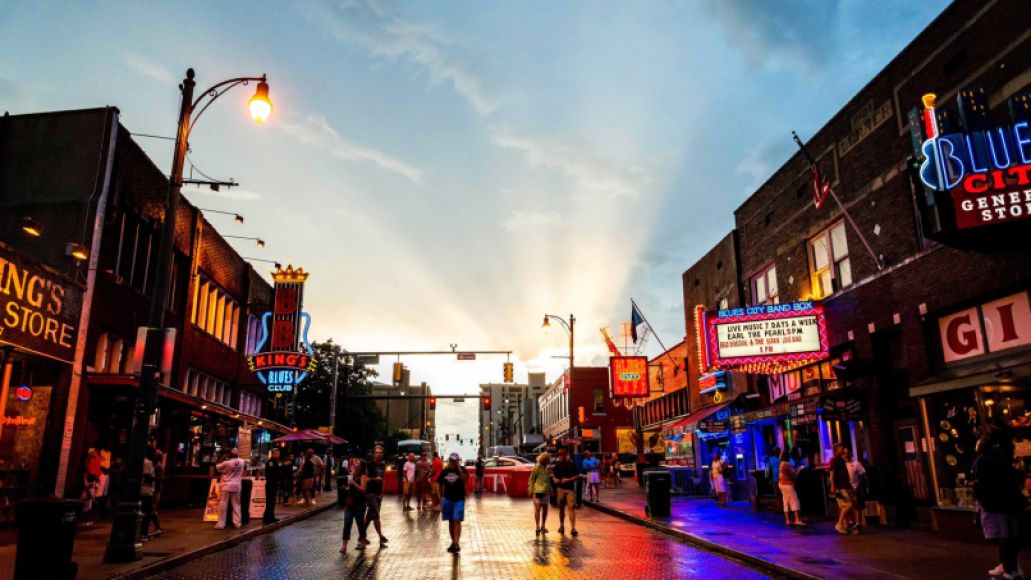 “The crowd was the first cross section of Memphians young, old, black, white, panhandler and yuppie to ever party together in large numbers in Memphis,” Elkington wrote. That year, the party included sets by national names like B.B. King and Al Green, as well as local legends from Beale Street’s past like Furry Lewis and Sleepy John Estes. It also included a Sunrise Service on Sunday, “which featured Reverend James Jordan of the Beale Street Baptist Church delivering a hopeful sermon calling for blacks and whites to work together to rebuild the city and Beale Street.”

Reverend Jordan’s hopes for the future came true. Beale Street recovered, and reclaimed its place as the heart of Memphis’ downtown nightlife scene. Cultural curators embraced the city’s musical heritage, and memorialized its rise and fall and second rise in museums and protected landmarks (including one run by the Smithsonian).

The festival that helped spark that recovery thrived, as well. Now in its 41st year, the Beale Street Music Festival has grown from a ramshackle event held in a fenced-off lot at Beale and Third to a three-day, multi-stage music festival held amid the sweeping delta vistas of nearby Tom Lee Park. It’s also become a local and national mainstay; the Beale Street Music Festival now ranks as one of the longest-running music festivals in the United States, coming in alongside other venerable fests such as Newport’s Jazz and Folk Festivals, New Orleans’s Jazz Fest, and Milwaukee’s Summerfest.

Despite their festival’s success and longevity, today’s organizers haven’t forgotten the Beale’s humble beginnings, or their responsibility to the city and its musical legacy that their event represents. For Jim Holt, the President and CEO of Memphis in May (the 501(c)(3) that oversees the festival), the prospect of luring top-tier talent to Memphis in today’s crowded festival landscape is aided most by the city itself. “I’ve made the case before that you could say that Memphis is probably the most musically significant city in the world,” he says. “Worldwide.” 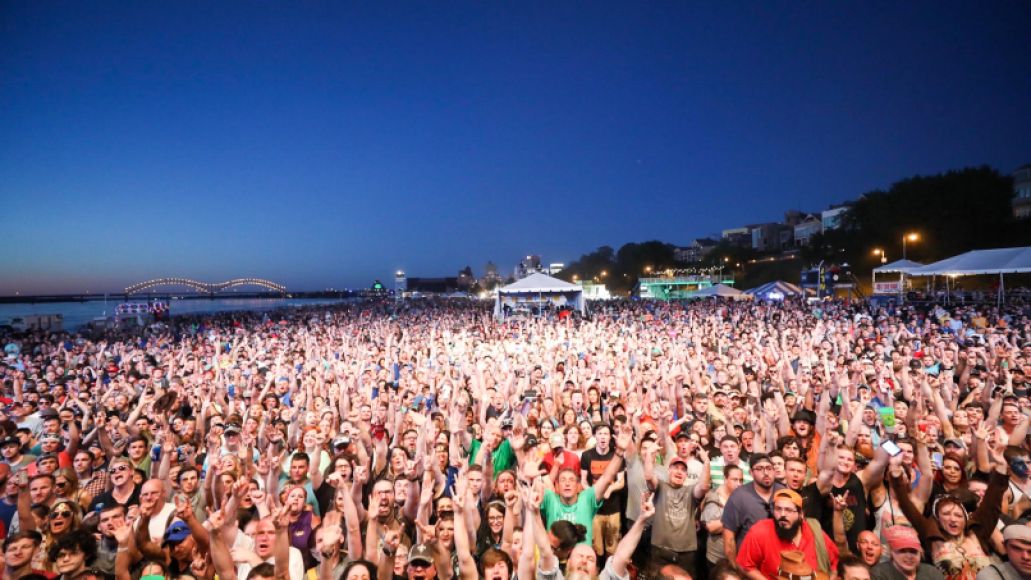 Holt first began working with the festival in 1990, when the bill included legendary names such as Aretha Franklin, Ray Charles, and Stevie Ray Vaughan (who headlined the festival just three months before his death in a tragic helicopter accident). During his subsequent tenure, he’s adopted a booking philosophy that brings Beale Street’s roots out of the nightclubs and into a festival setting. Along the way, his focus never strays far from what made Memphis famous.

“Blues music was born out of Memphis, and rock and roll began here,” says Holt, “so we feature acts that kind of tip the hat to the heritage of our city.” That hat-tip includes two dedicated blues performance areas: a 2,000-seat blues tent for touring artists and local up-and comers, and an outdoor performance space called the Blues Shack that showcases the sounds of the modern Delta.

It also means looking outside of Memphis for the city’s far-reaching rock influence. This year’s stacked rock lineup includes an international array of heavy hitters ranging from Queens of the Stone Age and Incubus to Jack White, the Flaming Lips, and Franz Ferdinand. 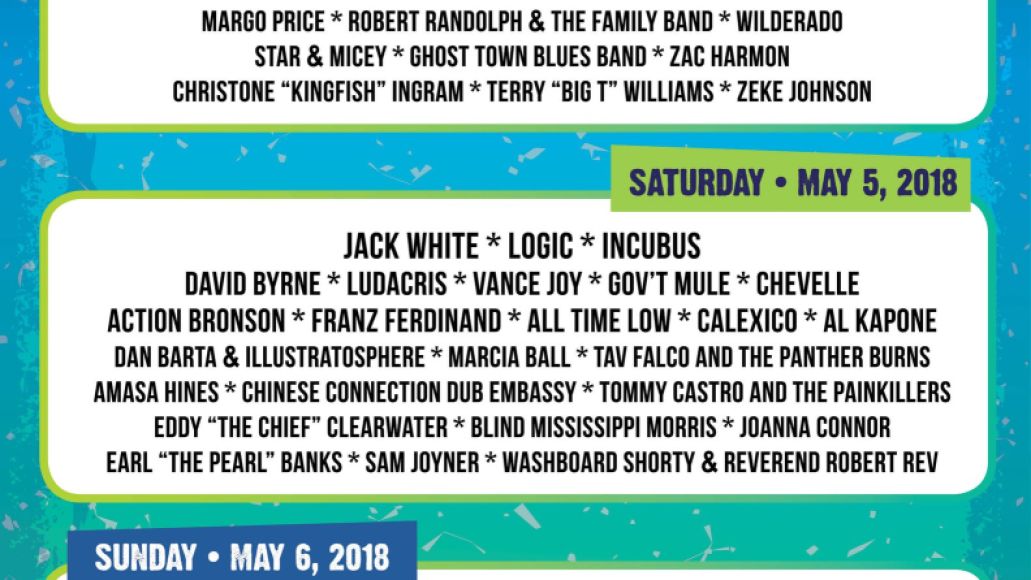 Holt is also adamant about reflecting its contemporary tastes. That means branching out into genres that might’ve felt out of place at earlier festivals. This year will see the likes of dancetronica duo ODESZA, country singer Luke Combs, and hip-hop sets from Ludacris, Post Malone, and hometown hero Juicy J of Three 6 Mafia fame.

The allure of Memphis’ past and the energetic boosterism of the city’s present helps the Beale Street Music Festival stand out amidst increasing (and better-funded) competition from around the country. While promotional behemoths like Live Nation and AEG can outspend Holt and his organizers, they can’t replicate the all-night raucousness of Beale Street’s modern-day nightclub district, or place one of their festivals within easy reach of landmarks like Graceland, the Stax Museum of American Soul Music, or Sun Studios (which remains a working studio). They’re also not likely to beat him on price: three-day passes to the festival start at $125, which buys you a full weekend of Memphis music for less than the price of a single-day pass at fests like Lollapalooza, Bonnaroo, or Coachella.

“Between the three-day festival and all these other attractions, it’s a nonstop immersion into American music,” Holt says.

Despite Beale Street’s status as the David to these other music Goliaths (“I joke that I run a struggling little nonprofit organization,” says Holt), the festival continues to thrive. Holt attributes part of that to playing the long game, having the support of the community, and embracing the freedom that comes with not having to chase ever-increasing profits. 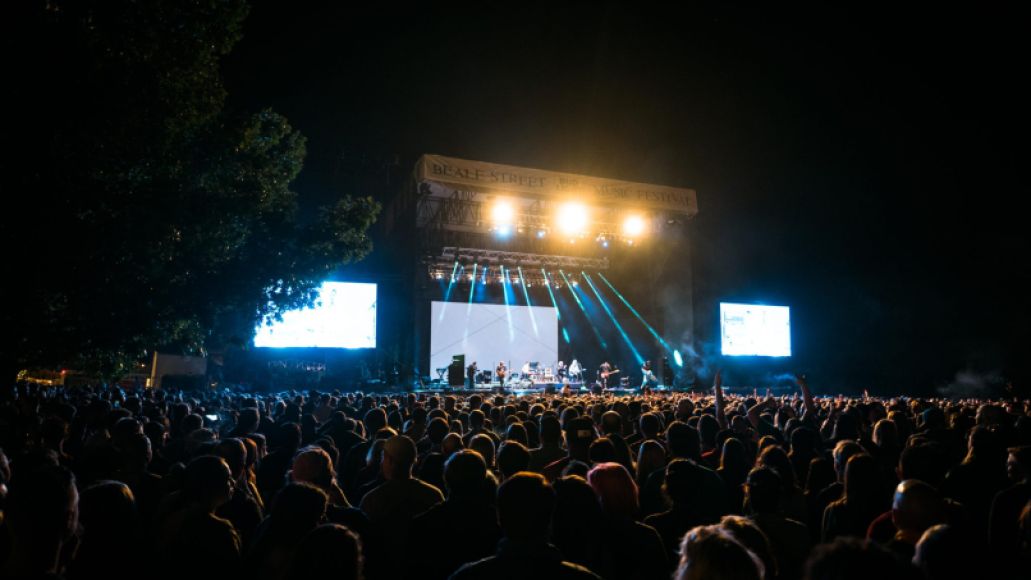 “Memphis is not the biggest market in the world. Our budget pales in comparison to a lot of music festivals around the country,” Holt says. “But because artists like playing here, and because the city has such a rich history and tradition, there’s a vibe you can feel when you’re in Memphis.”

This year, visitors from all 50 states and more than a dozen countries will travel to Memphis for a kind of musical pilgrimage. They’ll pay their respects to Elvis’ jumpsuits, eat barbeque until they ache, and commune with America’s most singular musical genre along the banks of the river that helped birth it. Then, they’ll catch stomping late-night sets at Rum Boogie Cafe or Blues Hall, knock back one last drink, and get ready to do it all again the next day. It’s that immersion that brought them here, and that immersion that keeps them coming back.

“I have a friend from up in Chicago who comes down quite frequently, and he said ‘This is my favorite music festival, because it’s real,'” Holt says. “He said ‘You come here, and you can feel it. It’s real. The spirit and the vibe is very real.'”