Track by Track is a recurring new music feature in which an artist takes us through each song on their latest album.

It’s refreshing to see an album so completely indistinguishable from the artist who created it that their personality is right there on the cover. LONER, the sophomore effort of singer-songwriter Caroline Rose, is truly an expression of both passion and personality, with Rose  writing and arranging every song on the record as well as standing front and center on both its artwork and in its music videos. To just look at the cover image — Rose, glazed over in fitness gear, lighting a pack’s worth of cigarettes — is to grasp the album’s blend of humor, yearning, and sarcasm. In an era of endless, ear-numbing streams, LONER grabs your chin and commands your eyes.

Alongside producer Paul Butler, Rose oscillated between keys, guitar, and bass while also programming the synths and drums and taking on mixing duties. The result is a bold, kaleidoscopic collection that propels Rose far beyond the fetching rockabilly of her debut, 2014’s I Will Not Be Afraid. LONER dabbles in a bit of everything: A rubbery bass line pulses beneath tactile, cabasa-like twists amidst the self-aware sleaze of “Soul No. 5”, plucking violin strings form a sturdy spine for the single’s lament that is “Getting To Me”, and pop-inspired synths snake their way through nearly every corner of the record. “I’d say this album was as much inspired by Justin Timberlake and Britney Spears as it was late-’70s punk,” Rose says in a press release.

LONER is out today, and you can stream the whole thing below via Spotify and/or Apple Music.

To give further insight about LONER, Rose takes us through the LP Track by Track, sharing which song’s her favorite, which one was written entirely on an OP-1, and which one reminds her of “Mambo No. 5” (spoiler: It’s “Soul No. 5”).

“More Of The Same”:
I often think about things like faith and what we choose to put our faith in. When I was a kid I used to put my faith in everything, I believed in everything. I was convinced that magic and Yoda were real. I literally practiced moving things with my brain knowing that one day I would be able to master the skill. When I wrote this song I was channeling that moment of disillusionment when this faith in things, in people, in the world, starts to fade. In the song I liken the feeling to floating around in a vacuum of space, but this is really just a visual for when the magic trick is revealed and suddenly you don’t know what to believe in anymore. When the flaws in people and in things you love are discovered, it’s a growing pain that’s both humbling and disappointing.

“Cry!”:
I always imagined a sort of demented prom queen character in this song, like a blend between Carrie and Drop Dead Gorgeous. I visualize a lot of my songs, so they sort of end up becoming movies in my head, but obviously they start out from a place of personal experience. I wrote this as if I’m having a conversation with myself, kind of like the angel and devil sitting on my shoulders. I was doubting myself, feeling like I couldn’t be what people were asking of me, that I’d choke under the pressure of it all. As we all know it’s a common stereotype that women can’t handle their emotions in pressure situations, so the song also plays with the conflicting feeling knowing that if I were to choke under pressure I’d just become another stereotype.

“Money”:
Ha! I don’t know how much there is to say about this, it’s not really mysterious in any way, nor is it preachy. I want and need money just as much as anybody else. It’s pretty self-explanatory methinks.

“Jeannie Becomes a Mom”:
This is my favorite song on the record. I wrote the entire thing, hooks and all, on an OP-1, which is an amazing little digital synth you can fit in a backpack. I love playing this tune but I also love the story it tells. It was loosely inspired by a friend who accidentally got pregnant, but I took a lot of creative liberty with it and blended a lot of things I was feeling in my own life. Every so often I’ll have bouts of pretty bad anxiety, where it feels like I’m running out of time. It makes me think about all my goals, that no matter how many dreams I fulfill I’m never going to be able to outrun time or my often rude reality. Jeannie is a little bit of me and a little bit of my friend and a lot bit of everyone attempting to build a dream-life for themselves.

“Getting To Me”:
I remember exactly when and where I wrote this. It was in my little apartment in Vermont I’d painted to look like a hacienda-meets-bizarro-taxidermy-shop. I was extremely lonely at the time. I hadn’t dated in years and really wanted to be with someone. Tinder was not for me but it seemed to be the only way to meet queer people in an predominantly straight place, which felt doubly lonely. I remember walking down the street and seeing couples everywhere. Every time I’d go to a restaurant alone I’d have to watch the waiter take away the place setting across from me. I eventually just started sitting at the counter and found it funny that that’s where all the single people sit. It’s interesting what you notice when you’re alone with your own thoughts.

“To Die Today”:
Thinking about death, to me, helps me fully appreciate life. I’ve heard that a near-death experience is extremely sensory, that it can feel like a warm wash come over you, the relief of leaving your body, or like you’re covered in light. I’d really rather not die any time soon but I would love to experience this. Sometimes it brings me real comfort knowing that all the pain in life is only temporary. 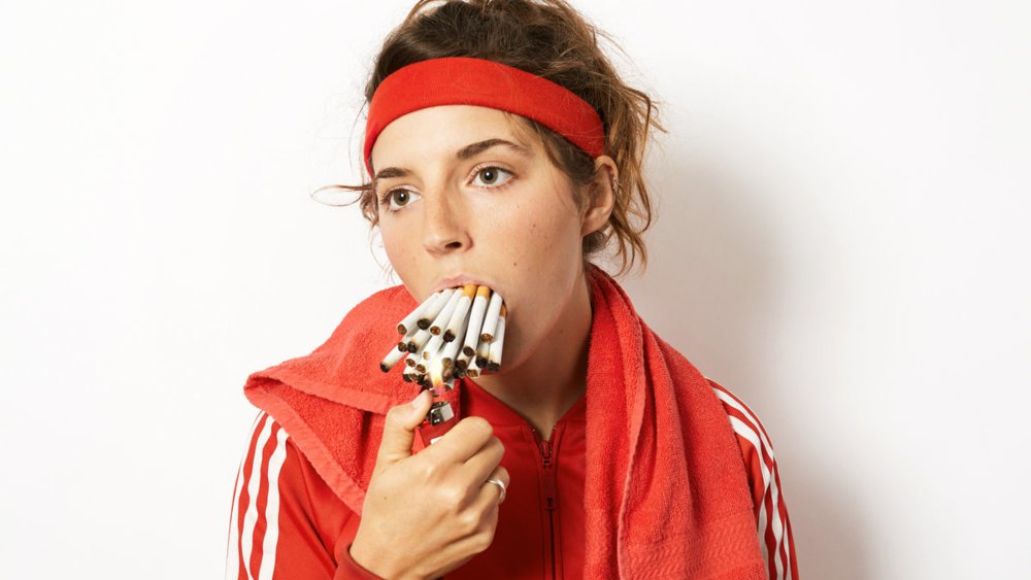 “Soul No. 5”:
This song has gone through five different versions, hence the “No. 5” (also because it fondly reminds me of “Mambo No. 5”). I wrote the original years ago, but it always bugged me how earnest it was. As my style took shape I found the lyrics just didn’t challenge me anymore, so when we were in the studio my co-producer Paul Butler gave me really good advice. He said, “just take the piss out of it”, which in British means, “have fun with it”. It makes me laugh now. I am not ashamed in the least that it’s a feel-good song.

“Smile! AKA Schizodrift Jam 1 AKA Bikini Intro”:
(haha) What a ridiculous song! This is most definitely poking fun at all the times I’ve been told to smile in my life. I originally had twice as many voices in here but having to listen to them over and over was slowly dragging Paul closer to the brink of insanity. They’re mostly mine and Paul’s pitch-shifted, but he also found a way to record these robot voices from the internet, which were pretty hilarious. Schizodrift is what I call my genre of music and “Schizodrift Jam 1” was this amazing jam I’d recorded of my old band playing together for the first time. This is us recreating the jam sesh.

“Bikini”:
I love this one so much, it’s my riot grrl feminist surf punk anthem. It’s about so many things, but mostly about being female-identifying in the entertainment industry and the standard we’re supposed to live up to. This one’s best listened to with middle fingers up. 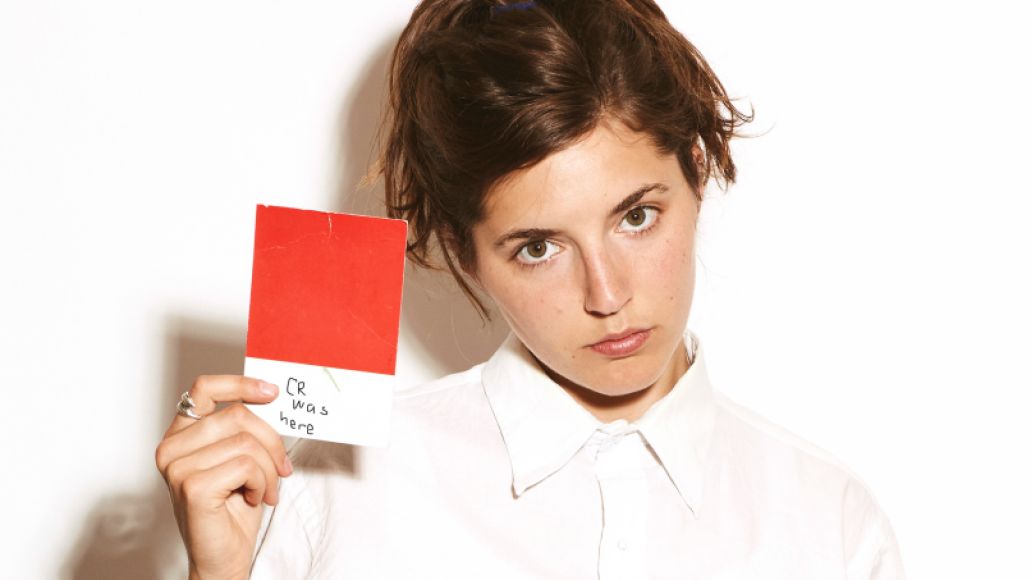 “Talk”:
Whenever I get anxious or slightly manic the paranoia immediately sets in. I wouldn’t say my music is fettered with paranoia but it definitely makes an appearance more often than not. In this case you’d think I’d be talking about trash talk from other people, but I’m really pointing out the loud chatter in my own head. I am and always have been my own worst enemy, which I think is true for a lot of people out there.

“Animal”:
This is as close to a love song as you’ll get on this album. In the most blunt sense it’s about a very visceral jealousy I’d had over an ex who was falling in love with someone new (I like that you can’t really tell if I’m jealous of the man or the woman in the story). It was very painful because I really thought I was over it and had moved on, but when you realize you’re still in love with someone the thought of them being physical with someone else drives you mental. Your imagination starts playing very mean tricks on you.