Dennis Reynolds is mesmerizing. Part of the fun of watching FX’s It’s Always Sunny in Philadelphia is seeing how long it’ll take for Dennis to lose his shit. Or dive headfirst into another one of his downward spirals. Or indulge in his sociopathic tendencies at an alarming rate. Because really, behind those boyish good looks of his is a self-centered, insufferably vain dickhead that has absolutely zero pathos, only there’s a charm to his narcissism. Sure, the whole D.E.N.N.I.S. System is a terrifying nightmare that by all means shouldn’t be funny — especially in light of today’s #MeToo movement — yet it’s so easy to laugh at his “fool-proof system” with zero guilt. Much of this has to do with the fact that Glenn Howerton is simply too good at playing a smug son of a bitch.

Now, he’s back with another fuckup to love in NBC’s A.P. Bio. As Jack Griffin, Howerton plays a mysteriously disgraced Harvard professor who’s nursing his career woes by teaching at Whitlock High School in Toledo, Ohio. That’s not all. He’s also living in his dead mother’s apartment, where he showers nursing beers, debates over which microwavable dinner is worth ignoring, and leaves one-star reviews on websites selling his former colleague’s best-selling book. What’s his endgame, per se? As he tells his class: “I’m going to spend the majority of my time mentally breaking my nemesis with the ultimate goal of taking his job as the head of Stanford philosophy and then I’m going to have sex with as many women as I possibly can throughout the state of California.” 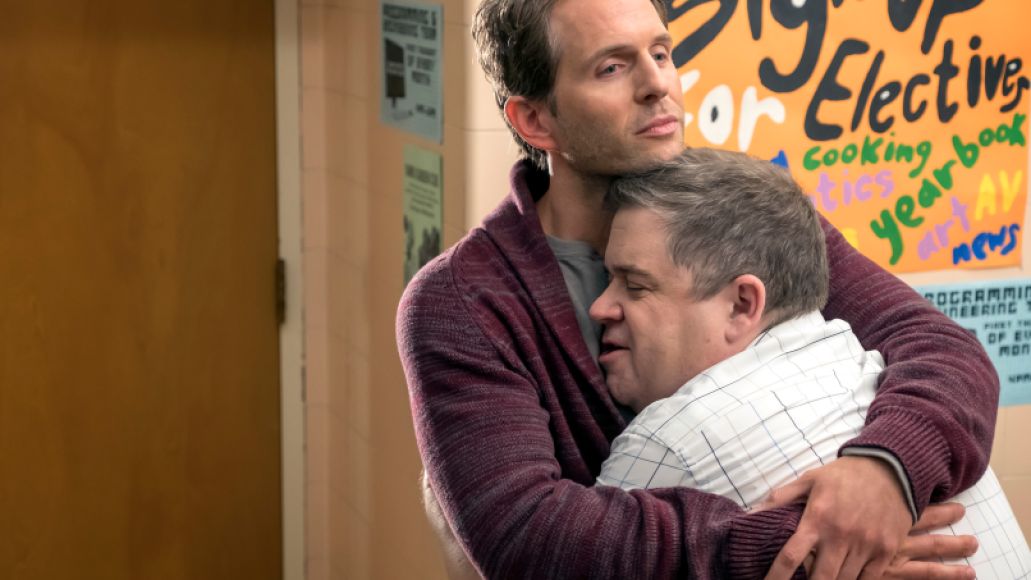 Sound familiar? It should. Watching Jack is certainly familiar, as if we’re seeing Dennis revel in one of his downward spirals, only he doesn’t have Frank, or Mac, or Charlie, or Bird to bail him out. Instead, he only has himself to lean upon, and seeing how little we actually know about the guy (his entire mythology is based on whatever he tells the kids … and, by proxy, us), the jury’s out on how dependable he is as a human being. In the first episode alone, he breaks his arm, crashes his car, gets arrested for pissing on a medical facility, and ruins his mug with some cuts and bruises. And unlike Dennis, his actions have major consequences, not only for himself, but those around him, as we learn when one of his students — a rookie anarchist — follows the footsteps of his new teacher.

When Principal Durbin — played by Patton Oswalt, whose chemistry with Howerton beams with potential — brings the troubled kid over to Jack’s place, we see there’s a legit heart to our bitter and rage-fueled protagonist. He actually kind of cares for the kid. He doesn’t go Full Grinch and let his heart grow three sizes bigger and what have you, but there’s a sliver of sympathy in the way Jack reasons with him. Granted, we’ve seen that side to Dennis — as recently as last season’s fantastic episode, “The Gang Goes to a Water Park” — but it was short-lived. Like some cartoon character, he went right back to being the irritable egotist that fans want him to be. That doesn’t appear to be the case for Jack, whose inner pathos may wind up making A.P. Bio something of a mystery unto itself. 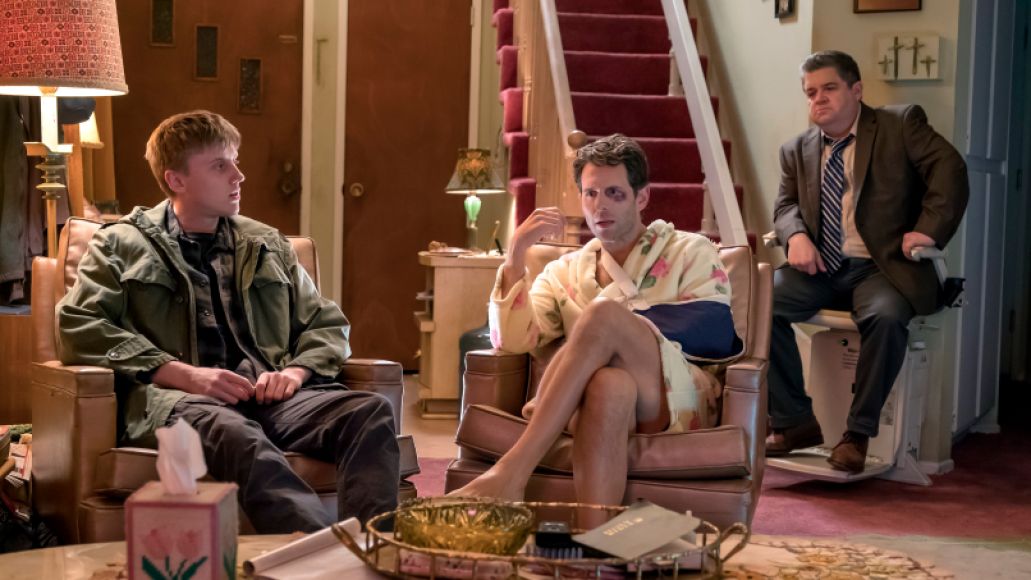 Fortunately, Howerton plans on returning to Always Sunny, which means we’ll have two fuckups to rally behind — that is, if NBC awards A.P. Bio tenure on its latest Must See TV lineup. Based on the pilot alone, they’d be stupid not to keep Jack at the head of the class, and odds are, this thing’s got at least a few semesters ahead given the behind-the-scenes talent at hand. Howerton and Oswalt aside, this sucker’s got the support of NBC mainstays like Seth Meyers and Lorne Michaels with former SNL writer Mike O’Brien at the helm. That latter name explains why A.P. Bio feels less like a straight A-student and more like the interesting slacker in the back of the room cruising on Bs and Cs. It’s a good look for NBC right now, but also for Howerton, who couldn’t be more addicting on screen.

Line of the Week: It’s hilarious how Jack totally connects and disengages with his new colleagues — Michelle (Jean Villepique), Stef (Lyric Lewis), and Mary (Mary Sohn) — in the teacher’s lounge, particularly when he liberally announces how he wants to “bang” his ex-girlfriend “as hard as [he] can.” What a fucking asshole.

MVP: This episode is all setup for Howerton’s new gig, but our gut tells us that Oswalt’s Durbin is going to have some of the best reaction shots in the episodes to come. Right now, he’s a mix of Stevie Rich and Andy Daly’s respective roles on Eastbound and Down, looking at Jack with reverence and anxiety. Should be interesting to see what wins out.

Up Next on TV Party: Andrew Bloom closes up shop on NBC’s The Good Place.

Glenn Howerton Gives Us Another Fuckup to Laugh at on NBC's A.P. Bio